After almost two years of intense construction, Horizon Group announced the launching of the first Horizon Premier 130+, Miss Rose, in December 2007. In elaborate ceremonies at the Kaohsiung Shipyard on February 26, 2008, the yacht made her public debut. 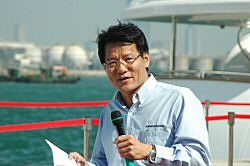 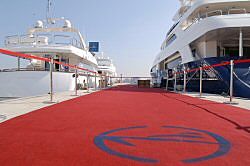 The Horizon Premier 130+ grand opening was heralded by an unexpectedly sunny day. The 130’s owners, guests, friends, and Horizon dealers, as well as members of the press from around the globe celebrated the launch of the Horizon Premier 130+ while enjoying the year’s warmest winter day. The family shipyards of Horizon Group also berthed their newly completed yachts in the private marina to coincide with the Group’s very first grand opening event. Yachts on display include Horizon Elegance 64, Horizon Vision 68, Horizon Elegance 74, Horizon Bandido 75 and Horizon Elegance 120. With so many examples of the Horizon Group’s fleet lined up beside one another the event quickly became an exclusive Horizon Group Boat Show. 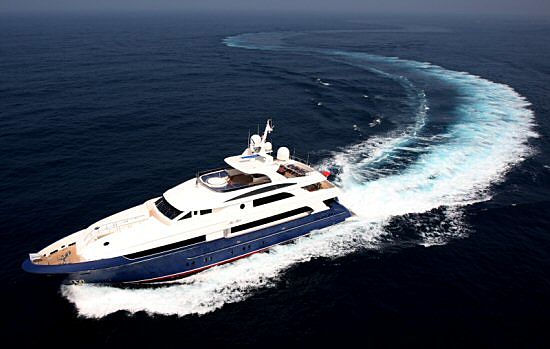 This Horizon Premier 130+ tri-deck motoryacht, with her actual overall length of 132-feet is the largest megayacht ever built in Taiwan and the flagship of the five orders underway at Horizon Group’s Premier Shipyard as well. The 130+ also makes history with the world’s largest one-piece hull, a piece made utilizing patented SCRIMP (Seamann Composites Resin Infusion Molding Process) resin infusion technology. 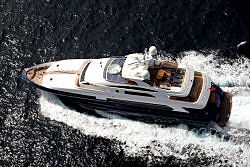 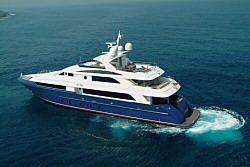 The Premier 130+ project began four years ago with the goal of developing a new Mega Yacht series in league with the latest trends and styles. The designs by Florida-based stylist J.C. Espinosa were a good match to naval architecture and engineering and give the Horizon Premier 130+ a refined yet modern look.

In his opening remarks, Horizon Group’s President and CEO, John Lu, thanked the vessel owners’ for their generous support and also noted the great effort that the Premier team committed to the project. “The spirit behind the scenes is their strong will to overcome all kinds of challenges, their great passion to keep the project moving along, their great skills and experience to cope with difficulties, and fine team work to smooth the building process. We are glad and proud to say that Horizon Group has achieved this goal,” he said. 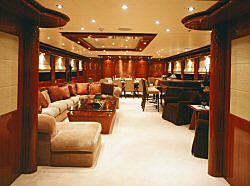 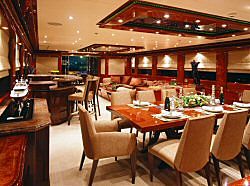 During the grand opening event, the guests were treated to various programs, including a press conference, and an on-board guided tour to help everyone to gain full insight into the significance of this vessel. In addition, the guests were invited to experience Miss Rose underway during a 90-minute cruise around Kaohsiung Harbor. It was a beautiful day with bright sunshine and cool breezes as guest enjoyed the spectacular backdrop of Kaohsiung City’s skyline from the yacht’s decks. The calm and relaxing cruise brought to a successful close to the event. 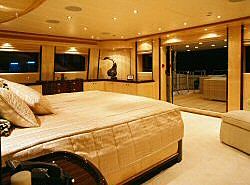 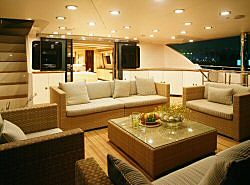 Premier Shipyard has four more megayacht orders on its order books from clients in Europe, the U.S. and Asia. “Premier Shipyard is looking forward to launching one megayacht in every five months from now on.….and expecting this successful model to lead the entire Horizon Group to becoming one of the major megayacht builders in the world,” John Lu concluded. The future is certainly looking bright for Horizon Group.