Horizon Yachts have unveiled some details regarding their first 30-metre plus superyacht in their fast displacement series FD series, the 32-metre FD102 Skyline. The yard has also revealed plans for a larger model in the series, the FD125 Skyline, which is set to measure a total of 38.10 metres in length. 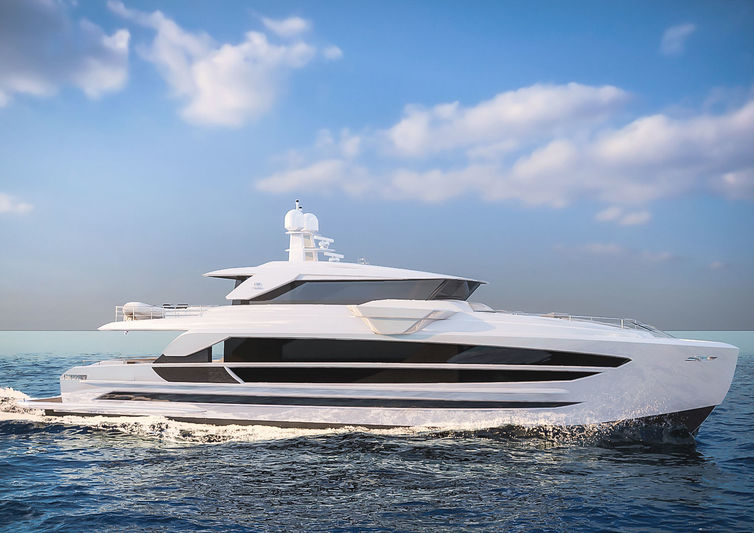 In addition, both the FD102 and FD125 Skyline superyacht models feature floor to ceiling glass windows in the main salon and formal dining area, offering future owners plenty of opportunities for customisation. 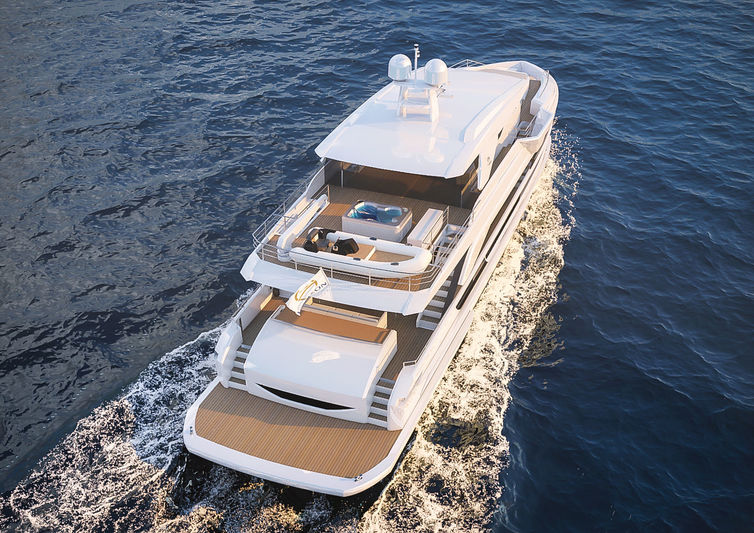 Designed by Cor D. Rover and Horizon Yachts, the FD102 Skyline will be able to accommodate up to ten guests across five staterooms, including a full-beam deluxe master cabin on the main deck. Three crew cabins are located on the lower deck will be able to accommodate up to seven crew members next to the captain's cabin. The walk-around design around the enclosed bridge was designed to offer guests more privacy in the interior spaces as well as a spatial flow between the outdoor areas. The FD102 Skyline will be powered by twin CAT C32 ACERTS 1,600 hp diesel engines and is set to begin tooling next month. 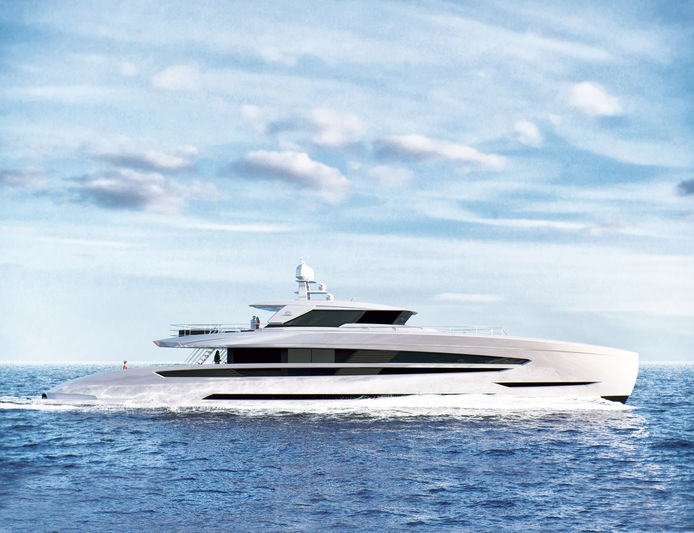 The FD125 Skyline is similar in concept to the other models in the FD series, as it features large windows on the main deck and flybridge, bringing plenty of natural light to the interior spaces. Developed by Cor D. Rover and Horizon Yachts once more, the design features spacious double salons, a wide galley and an on-deck full beam deluxe master cabin. The new 38m model will be able to accommodate up to ten guests, as four en-suite staterooms will be located on the lower level, plus accommodation for a crew of eight. Stand out features include multifunctional alfresco areas and a spacious beach house and she will be powered by an MTU 16V200M94 diesel engine. 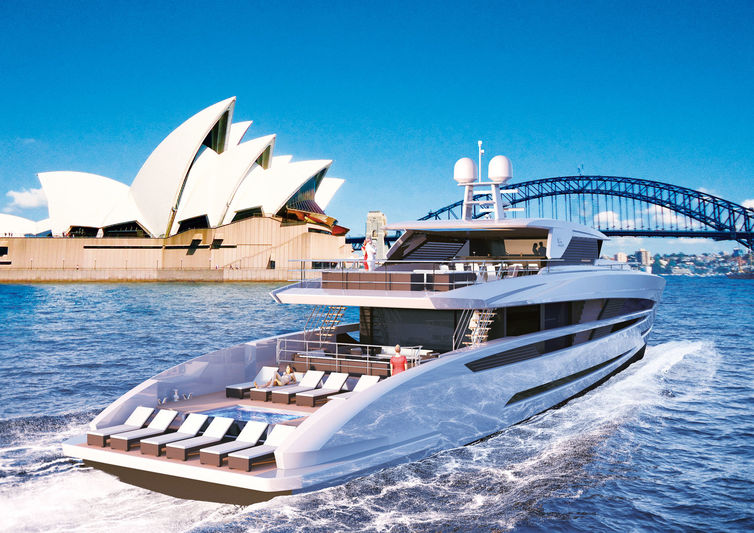