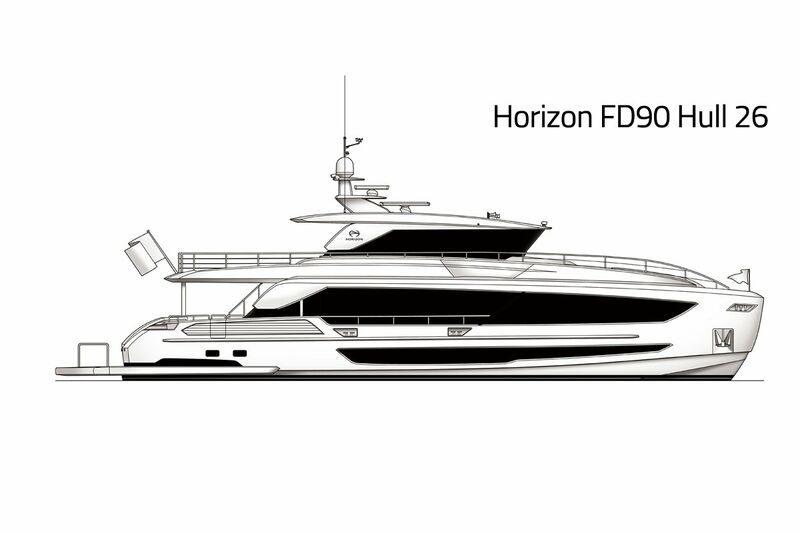 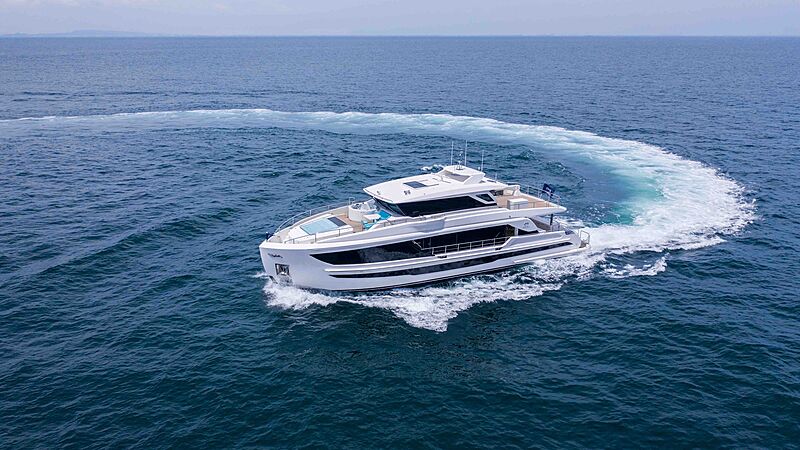 Photo: Horizon YachtThe first of the new sales is the 27.45-metre FD90 motor yacht that can accommodate up to 10 guests. This particular diminutive of the series features a skyline configuration that boasts plenty of dining and lounging areas on the upper decks, as specified by the owner. 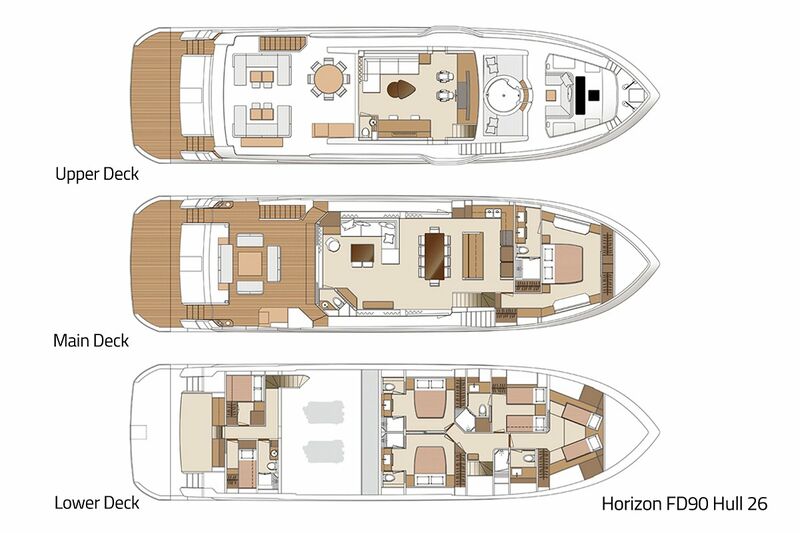 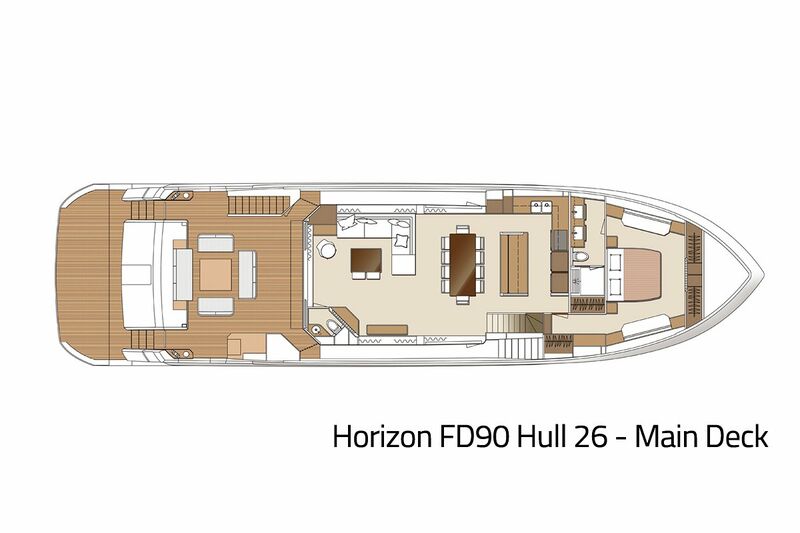 Much like her siblings from the lineup, the twenty-sixth hull of the FD90 series has been designed in collaboration between Cor D. Rover Design, who penned her exterior styling, and Horizon Yachts who directed her naval architecture, her interior design and her build. The other similarity lies under her hull in the form of two CAT engines that allow her to cruise at 10 knots and reach 17 knots when desired. 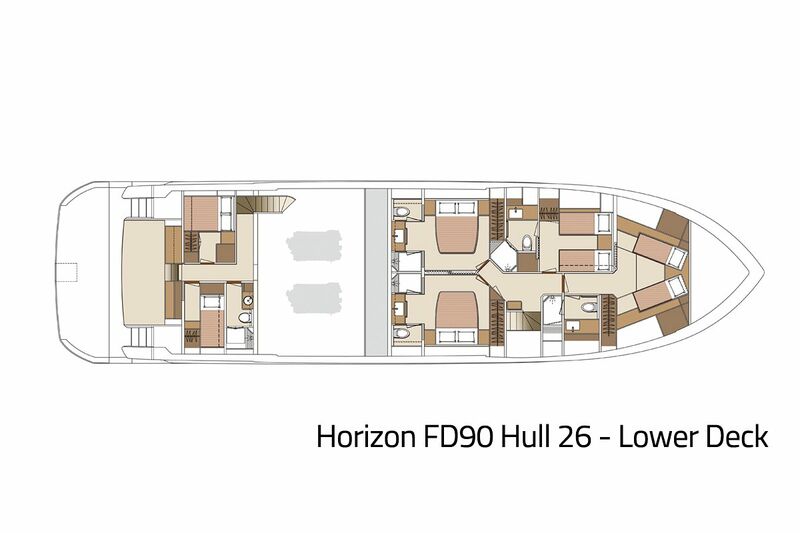 As the owner wanted to fully optimise the upper deck spaces, this particular hull features a voluminous seating and lounge area, as well as a large dining area for alfresco dining. In her skylounge sits plush seating, a pull-out bed and a private office space for the owner. Forward a large Jacuzzi can be found, along with additional sunpads and lounging areas. There are five staterooms for the guests and owner to reside in: a master suite, situated forward and bountiful in terms of amenities; and four staterooms, comprising of two VIP and two twin suites.

The FD90 is currently in build and has a scheduled delivery date of summer 2022. Her maiden voyage will be a cruise around Florida, the Bahamas and then onto Mexico. 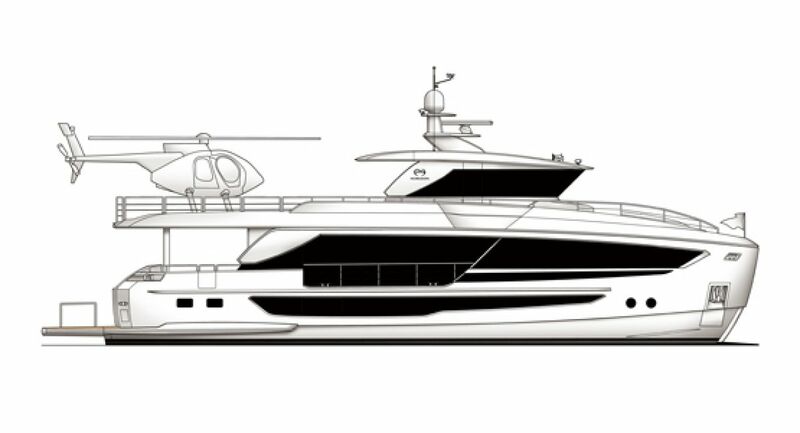 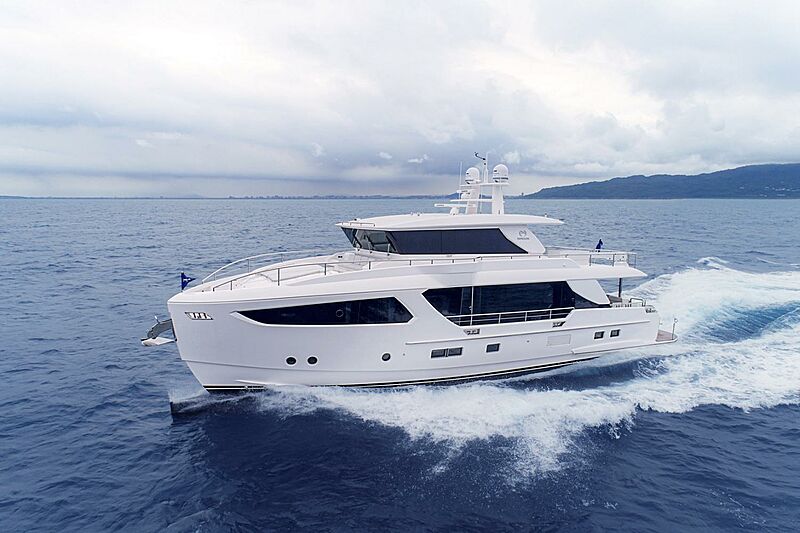 Photo: Horizon Yacht USAMeanwhile, the second sale confirmed by Horizon Yachts is the sixth hull of the FD80 series. Much like the FD90, the FD80 features exterior styling by Cor D. Rover Design and an interior and naval architecture penned by her builder, Horizon Yachts.

The sixth hull of the FD80 series weighs in at 24.54-metres in length – like the rest of her siblings from the line – but is the first to be equipped with a helipad. Her owner opted for an enclosed skylounge configuration aft of the hull station in order to dedicate the entire aft portion of the motor yacht for the helipad 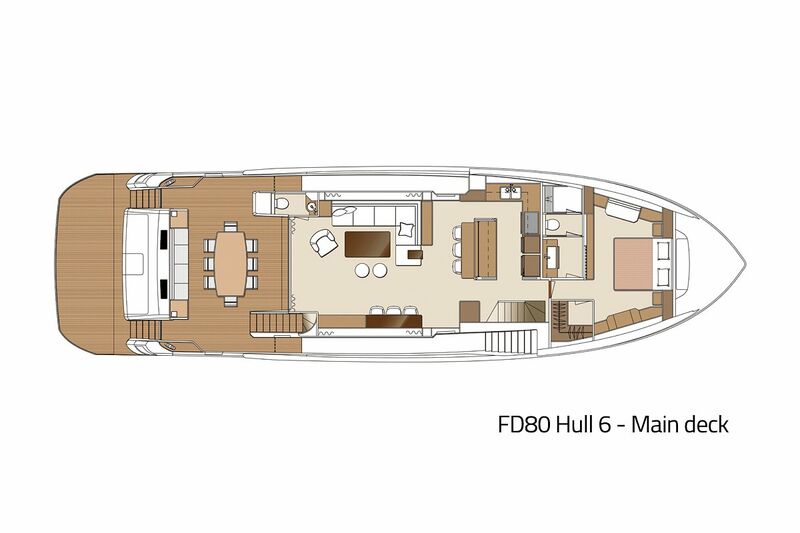 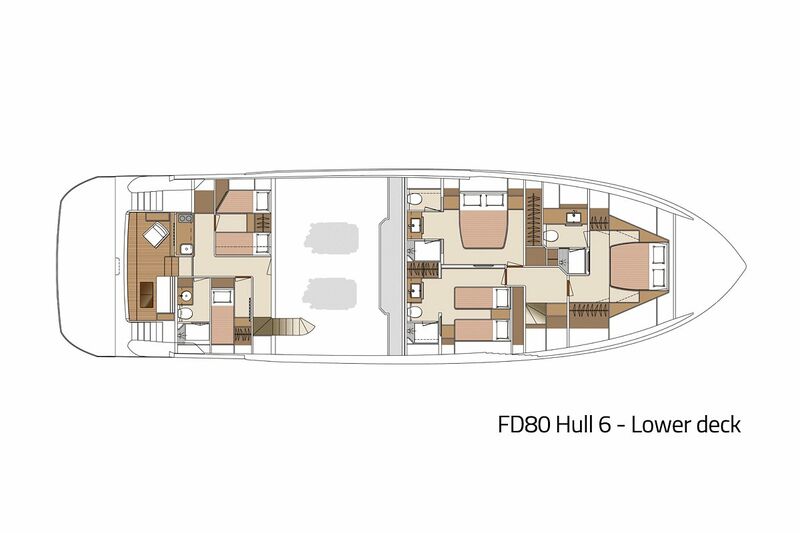 The rest of the layout will be business as usual as the sixth hull of the FD80 series maintains the traditional stateroom configuration: on deck master suite to forward, and three additional staterooms to bow on the lower decks. As well as the open plan main saloon and fully equipped beach club. She also draws power from twin MAN engines that give her a top speed of 17.4 knots. 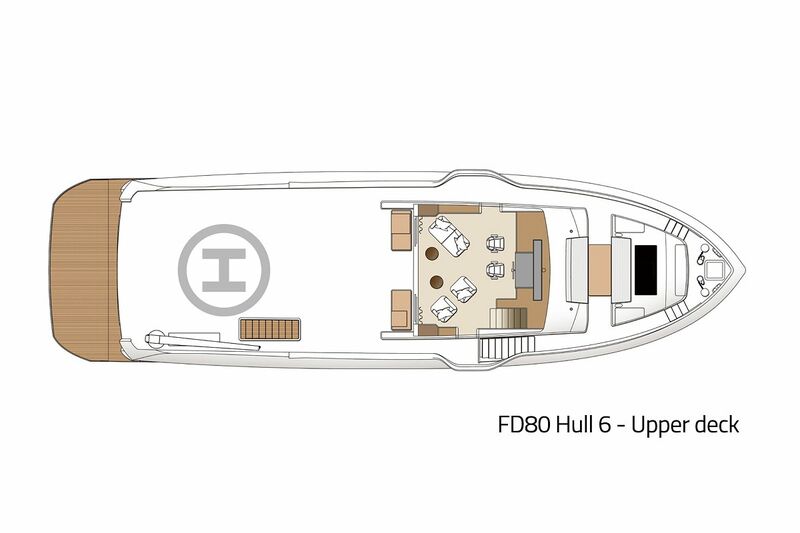 She’s expected to be delivered to her owner in the spring of next year, when she’ll embark on a cruise to the Bahamas and to both coasts of the United States.

The images used within this article are not of the respective hull numbers, but are photographs of their sibling models to provide better context for how these customised Horizon Yachts will look like upon delivery.