It is no coincidence that ‘nausea’ comes from naus, the Greek word for ‘ship’. Thankfully, whether underway or at anchor, there are two main types of product – fins and rotors – that can significantly control the roll and minimise onboard motion sickness.

Stabilisation systems have evolved from being uncommon technology found only on the largest superyachts to must-have pieces of gear, whatever the size of boat. With so many new innovations entering the market in recent years, SuperYacht Times asks Quantum to explain the technology behind this fast-moving field. 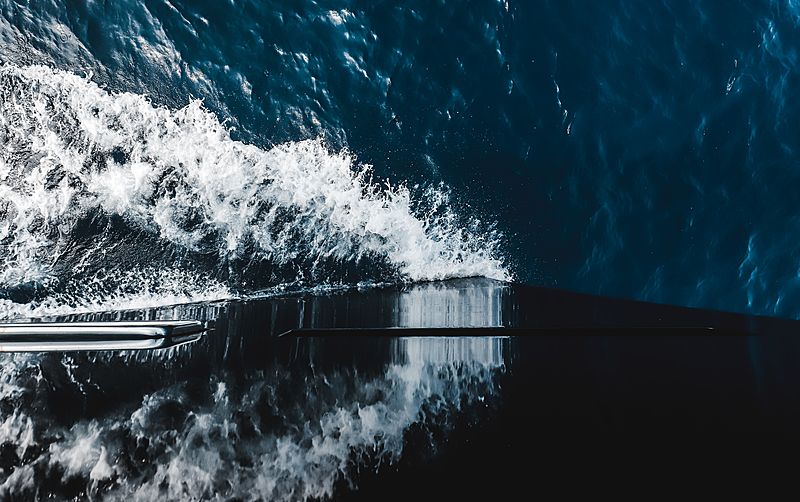 Photo: Charl van Rooy / SuperYacht TimesWhat makes one stabiliser different from the other?

In the larger yacht market, fin stabilisers are an industry standard, but the proprietary controls are one of the major differentiators. For Quantum, it starts with a roll sensor. Imagine that you are dining on board and a huge wave hits – the roll sensor will detect the wave and transmit the roll angle and roll velocity to the main controller for processing. By using the yacht’s algorithms, the main controller sends the appropriate response to counteract the roll with the optimal fin or rotor movement and the necessary hydraulic pressure with little, to no, human input at all.

Quantum is a market leader for fin stabilisers on yachts over 55 metres and is best known for its patented XT (extendable) fin units, MAGLift rotor (fitted on the 162.5-metre Eclipse) and the newest patent: Dyna-Foil. The XT™ Fins are designed to extend or retract based on the speed of the vessel, whereas the MAGLift™ Rotor uses a rotating cylinder to create lift proportional to the speed and direction of the rotation. The Dyna-Foil™ is dedicated to Zero Speed™ and underway performance with retractable capabilities. It features a high aspect, articulating foil that maximizes roll reduction and comfort at all speeds. 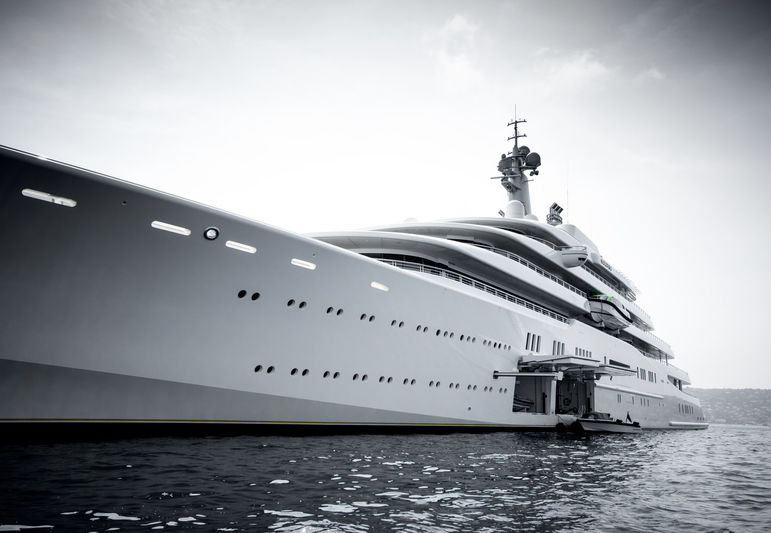 Photo: Tom van Oossanen / SuperYacht TimesHow do you minimise drag with these appendages?

The fin shape, profile and aspect ratio can reduce drag when properly optimised. Quantum’s most popular XT™ Fin was specifically designed to reduce drag underway and does so by retracting the foil, which reduces the surface area by 30%. However, when the foil is deployed for Quantum’s Zero Speed™ performance, the 30% greater surface area generates 100% more lift, which translates into stability.

It is vital to strategically set up the Zero Speed™ fin angles to be in line with the least resistance at cruising speed. This can be easily measured with differential pressure at any required speed. Retractable stabilisers (available on the MAGLift™ and Dyna-Foil™) can be fully retracted into a pocket, or into the underside of the hull, to minimise drag when not in use.

“The advantage of the MAGLift rotor is that it performs best at zero speed and at speeds of 6 or 7 knots, unlike fins that are less effective at slower speeds. In the larger yacht market, we are seeing the advantages of combining fins and rotors. The rotors peak at about 16 knots, after which they retract into the hull and the fins take over. The combination of fins and rotors provides the best of both worlds to accommodate varied speed stabilisation,” explains John Allen, President of Quantum Marine Stabilizers.

How effective are stabilisers in reducing the roll?

Very. It is possible to remove up to 90% of the roll, however, the sea state is a key factor, as larger sea states require greater fin area and hydraulic power. To maximise comfort at Zero Speed™, Quantum recommends keeping the yacht’s average roll angle (RMS value) below a threshold which is in proportion to the vessel's roll period. As an example, a vessel with a 10 second roll period should have a stabiliser system that is capable of reducing the average roll angle to 0.59º in 1-metre seas. 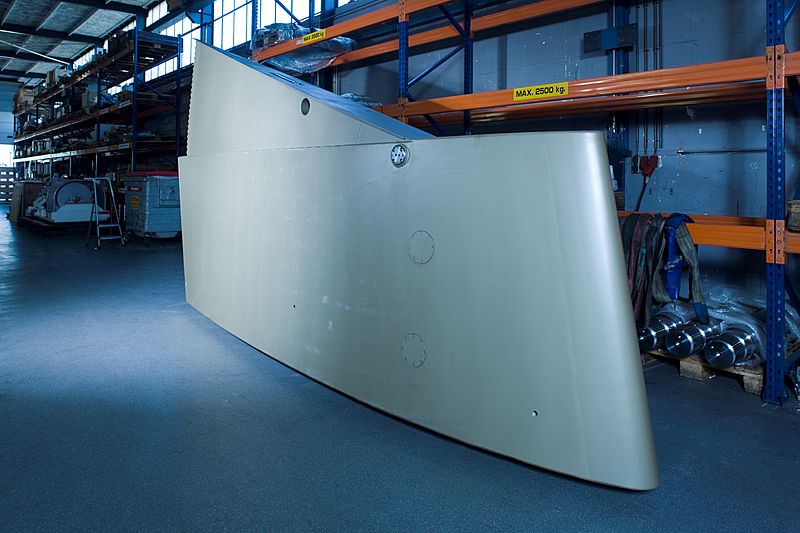 Why is there no industry standard for motion comfort?

One of the biggest variables in any stabilisation decision is the owner's expectations. It doesn’t help that there is currently no industry standard available, specifically for Zero Speed™, to assess motion comfort aboard large yachts. After all, we react to the same stimuli in different ways, and accelerations that might not bother a seasoned sailor can send a less experienced guest running for the nearest dayhead.

The problem is being addressed by the International Organisation for Standardisation (ISO), and a working group led by MARIN (Maritime Research Institute Netherlands) is finalising a report expected to be published shortly that aims to provide a comfort criterion with a numerical value that also takes into account human variations.

“Stabiliser suppliers make different claims about how their systems increase onboard comfort, but the general public doesn’t know how to quantify this effect,” explains Enrico Della Valentina, who is heading up the ISO working group and Senior Project Manager at the MARIN. “There is currently no unified method which naval architects and other specialists can use to do this. The new ISO standard will make this assessment more easily understandable by presenting the results in a 5-star system, whereby the higher the number of stars, the greater the level of comfort.” 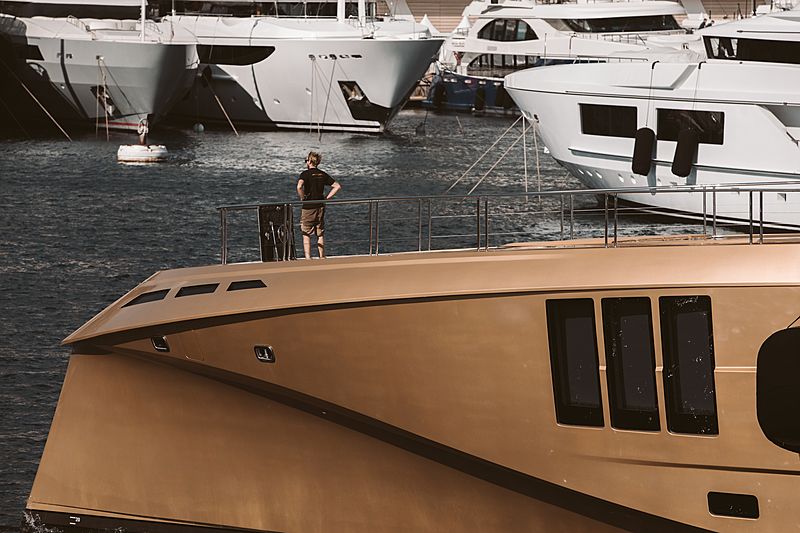 Over the past several years, Quantum has supplied stabiliser solutions to the larger yacht market (60+ metre), a segment that requires a high level of customisation with each system. Recognising the rising, worldwide demand for “series” or production vessels in the 50-60 metre range, Quantum is currently developing a suitable, off-the-shelf product called the Quantum Peak Series (QPS). QPS is designed to offer competitive pricing, shorter delivery schedules and an easier specification process for the design team. 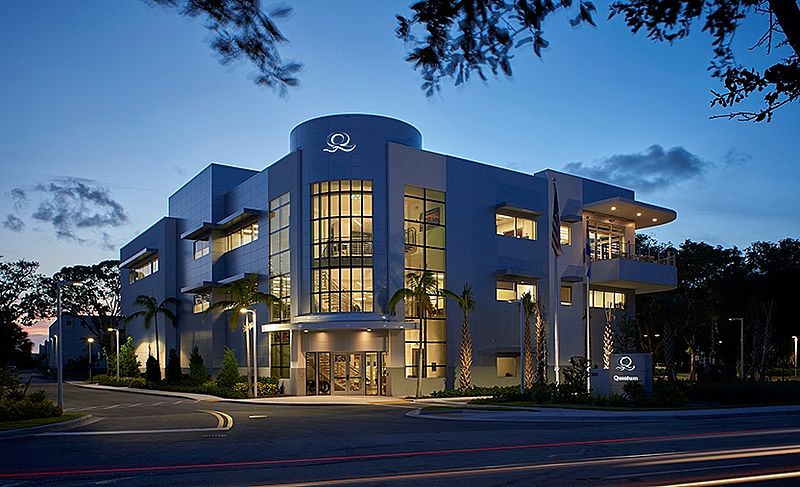 Tech 101: The story of AI and hull development at Olesinski Design

Tech 101: How Big Data could benefit the superyacht industry

Tech 101: The AV/IT monitoring tools that detect onboard problems before you do