With four maintenance and renewal projects conducted in Holland (Flyer One, Samurai, Heartbeat, Juliet) and a fifth carried out by the Huisfit team in Antibes (Borkumriff IV), it has been busy for Royal Huisman’s refit department so far this year, and it doesn’t look like slowing down anytime soon.

Four upcoming projects include Skat and Hyperion, who both recently arrived in Holland to start their refit programmes, with Huisfit also announcing that Athena and Adèle will be undergoing work by the Huisfit team. 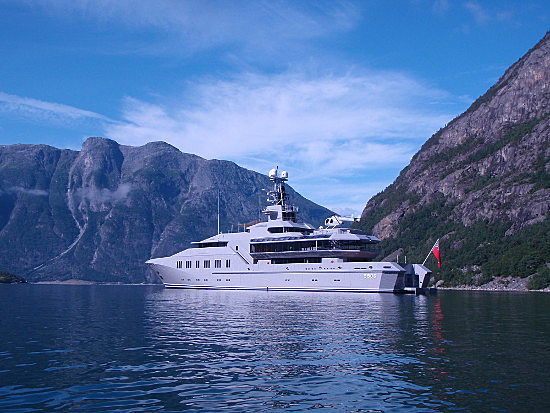 Following on from her visit to Harlingen in 2012, the owner and captain of the 71 metre Lürssen motoryacht, Skat has recently arrived at the Huisfit facilities. Work on the project has commenced and includes: the servicing of the main engines and gensets, systems updates, new teak decking for all decks, painting of the hull and superstructure, the servicing of all transom doors, passarelle, side boarding platforms, cranes, etc. and the overhaul of complete sewage plant. 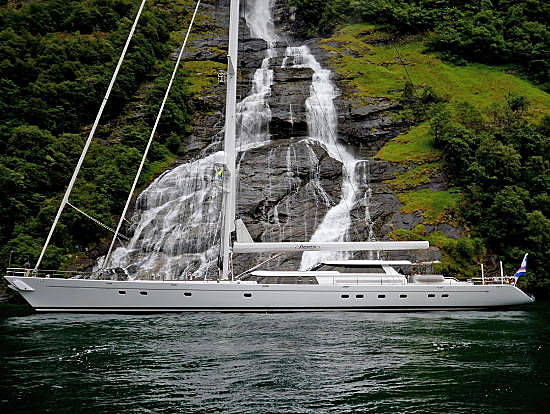 Following a Scandinavian cruise this summer, the Royal Huisman built sloop, Hyperion, launched in 1998 has returned to Vollenhove. Work on the 47 metre vessel includes upgrading of the propulsion shaft and propeller, the replacement and installation of new gensets, a new main switchboard, upgrading of navigation and communication electronics, upgrading of PLC hardware and Alarm and Monitoring software Maintenance, overhaul and painting of hull and superstructure and new teak decking. 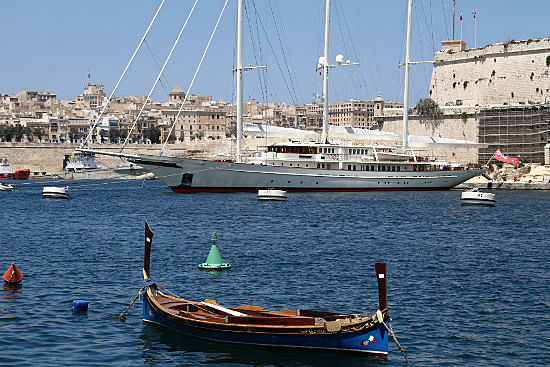 Since her delivery 10 years ago the 90 metre Athena, has been engaged in extensive world cruising. Taking advantage of a stopover in the Mediterranean, the Huisfit team will refinish work on the interior varnish, conduct updates of the electrical systems and a rod inspection of her rig. 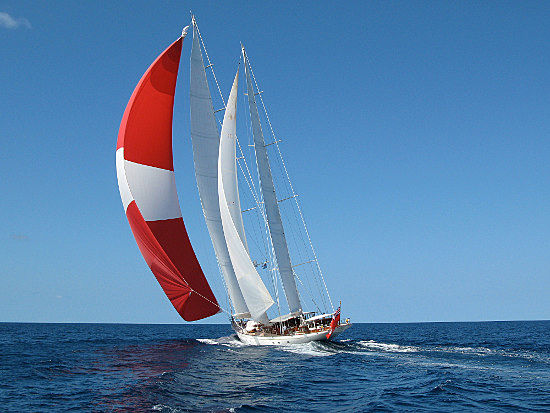 The 55 metre superyacht Adèle is scheduled for a visit to Vollenhove in 2015-2016. The project will include the servicing and overhaul of propulsion, gensets, thrusters and various board systems, climate control update incl. new chiller, fancoils and ducting, replacement of batteries, replacement of various existing lights with LEDs, upgrade and replacement of various electronics (nav, com, alarm and monitoring, interior touch-ups and repairs, new teak deck and partial replacement of the caprail, servicing of hatches, winches and various deck equipment, painting of inside of hull and parts of the interior, and finally, the repaint/varnish of the hull, superstructures and rig.