A small party took place on Friday January 25 at the Month North shipyard in Barlecona. The arrival of the hull and superstructure of their biggest yacht to date was celebrated. 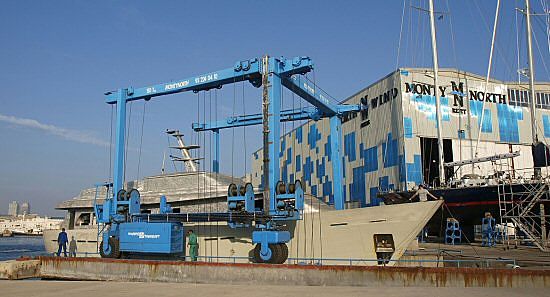 The hull and superstructure were built by an experienced shipyard in the North of Spain and the yacht was transported along the coast in 5 days. Right after her arrival she was placed under the travellift who pulled her out of the water. Within the next days the yacht will enter the finishing shed at Monty North.

The new 28.5m yacht is designed by Benetti Sail Division. The interior has been designed by renowned Barcelona architect Josep Joanpere and uses a variety of woods and leather in its décor. 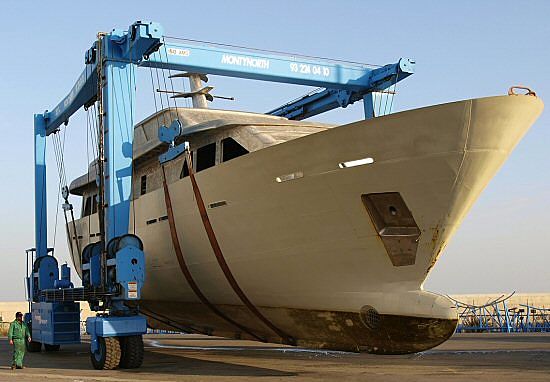 The Monty North 28.5m has a steel hull with an aluminium superstructure and is built under Lloyd’s supervision. The yacht is powered by twin 800 HP engines enabling her to achieve a top speed of 14 knots.

The 28.5m motor yacht is being built for a local client, whose current yacht makes often use of Monty North’s refit facilities.