April 15th 2014 saw great progress for the 41 metre trideck project, Serenity, when the main deck was successfully de-moulded and placed on the hull. IAG signed the contract with an American client for the project in July 2013. SYT's Maarten visited the shipyard in China in March, and took these photos of the project. 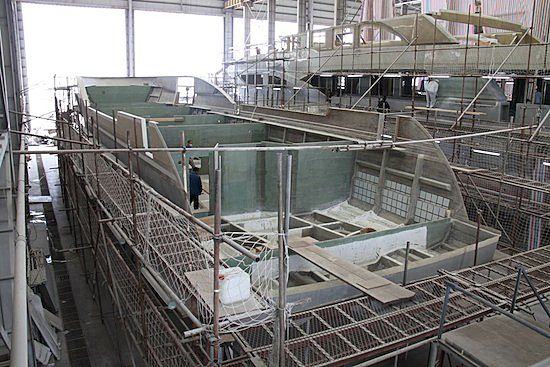 With a length of 41 metres and a beam of 8 metres, her internal volume is enormous, and brings with it a great deal of versatility for her design. The interior layout and materials selection of this yacht was customised as per the owner’s request. 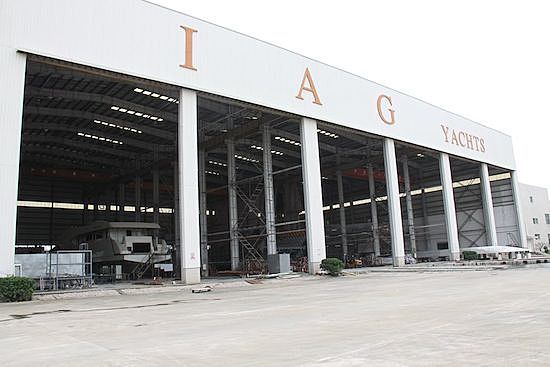 Serenity features six staterooms consisting of the luxurious Owner’s stateroom located on the main deck, and four elegant guest cabins on the lower deck. The generous crew quarter features 3 sizable cabins with crew mess in the forward section of the yacht. 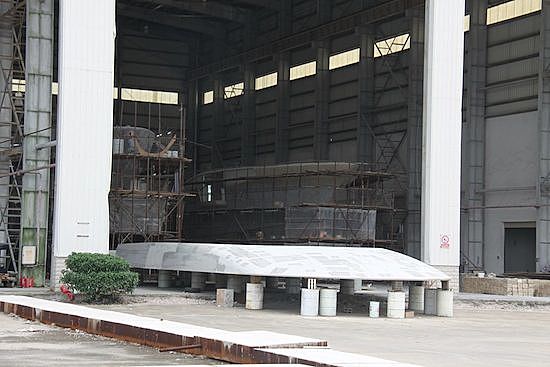 This model is the Noblestar “Terrazza,” edition, notable for its fixed balconies fore and aft on two decks. This yacht is designed to be powered by twin diesel electric engines with a top speed of 18 knots, and a cruising speed of 15 knots. She has a range of over 3,000 nautical miles at 12 knots.

Serenity is scheduled to be delivered to the Owner in 2015.