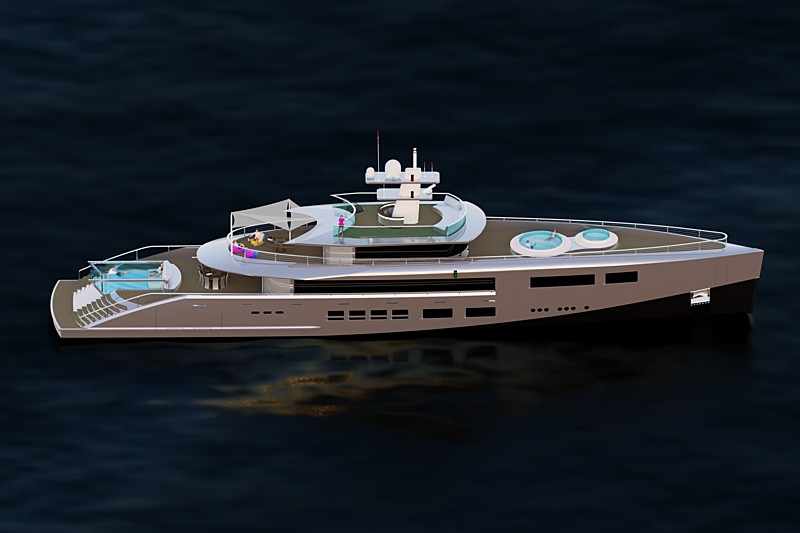 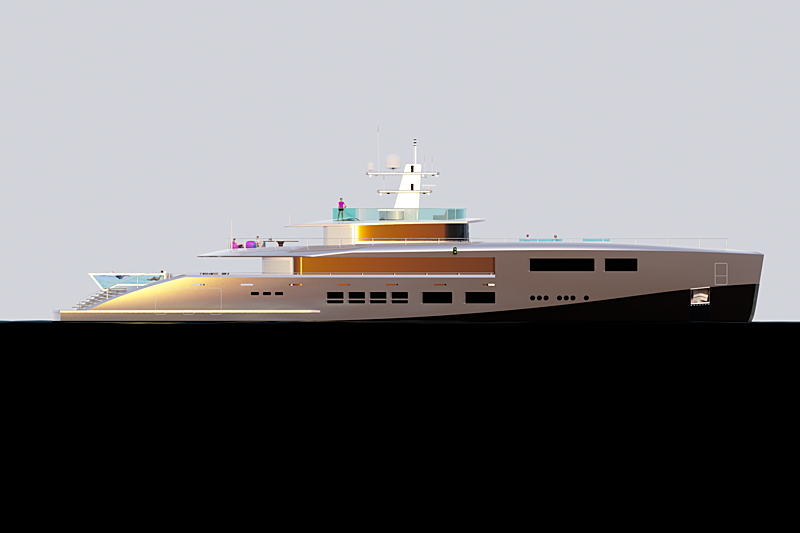 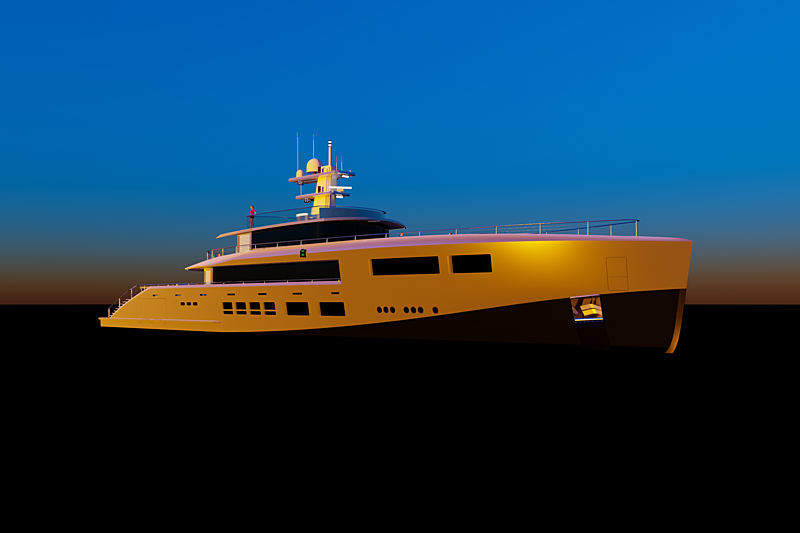 Photo: Nick Stark Design The 53-metre yacht is designed not only to reduce its ecological impact but also to facilitate an entertainment-oriented guest experience. She sports three pools, her largest located on the aft main deck, which is “a natural magnet for social interaction,” according to her designer. In addition to the pool, she features a bar and large entertaining and dining spaces. 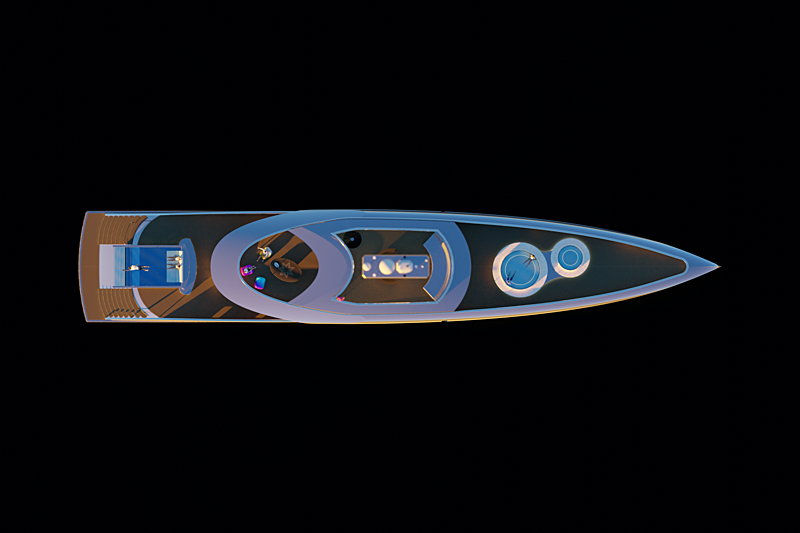 Photo: Nick Stark Design The eco-friendly yacht also features more laidback spaces, such as her foredeck which boasts her other two pools. Indoors, her interior can be personally customised to reflect the owner’s lifestyle and cruising needs. 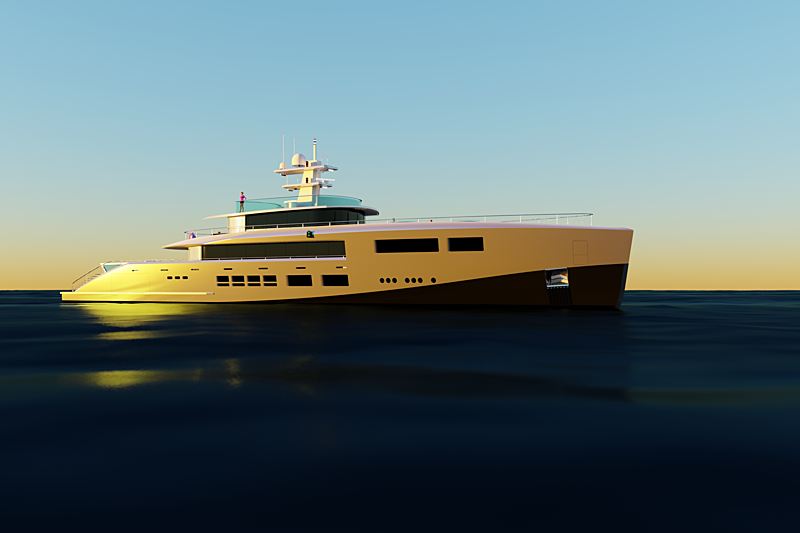