Hydro Tec has announced the unveiling of a new explorer yacht concept in honour of the firm’s 25th anniversary: Vanguard. 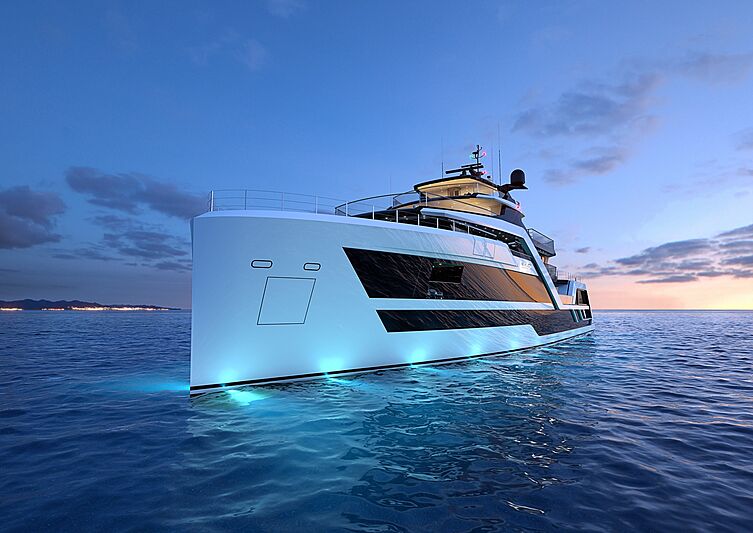 Photo: HydrotecThe name of the 65-metre yacht is inspired by a British marine tradition. From as far back as 1580, there has almost always been a British warship carrying the name.

Historically, Vanguard referred to the ‘avant-garde’ and so this name acts as a not-so-subtle nod to the forward-thinking design that Hydro Tec aims to embrace with the concept. 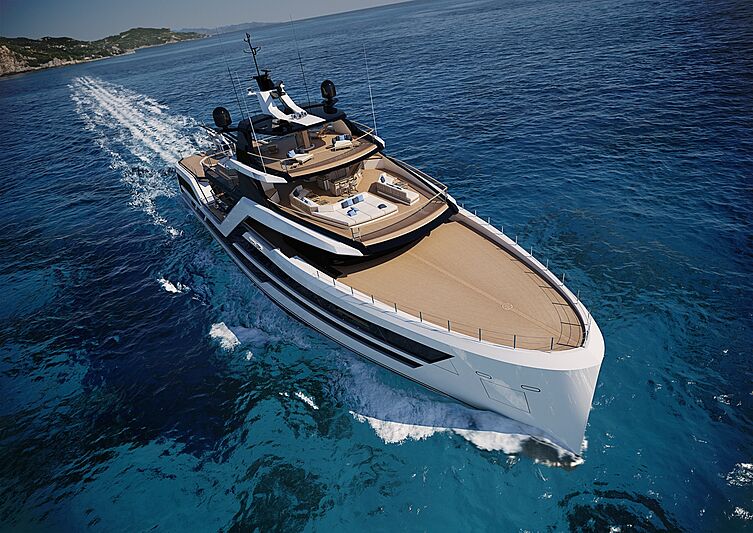 Photo: Hydrotec“The explorer concept has evolved considerably in the last ten years,” says naval architect and marine engineer, Sergio Cutolo. Adding that this evolution is, “giving me the desire to take a step forward, concentrating, into a single project, all the experiences of twenty-five years of design activity." 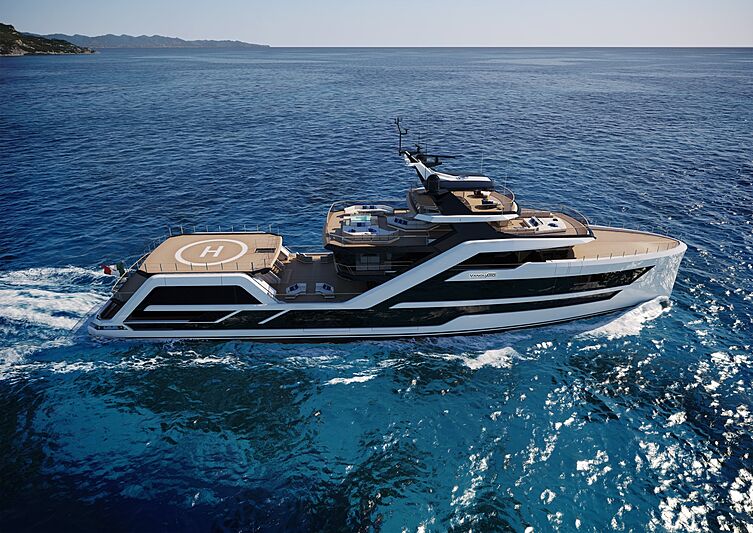 Photo: HydrotecA displacement platform and a bridge positioned 'below deck', while still remaining above the full-load waterline, enable Vanguard to have mobile terraces. This means guest cabins can be above the waterline allowing for large spaces in the under-lower deck to be used as technical spaces and a hold. 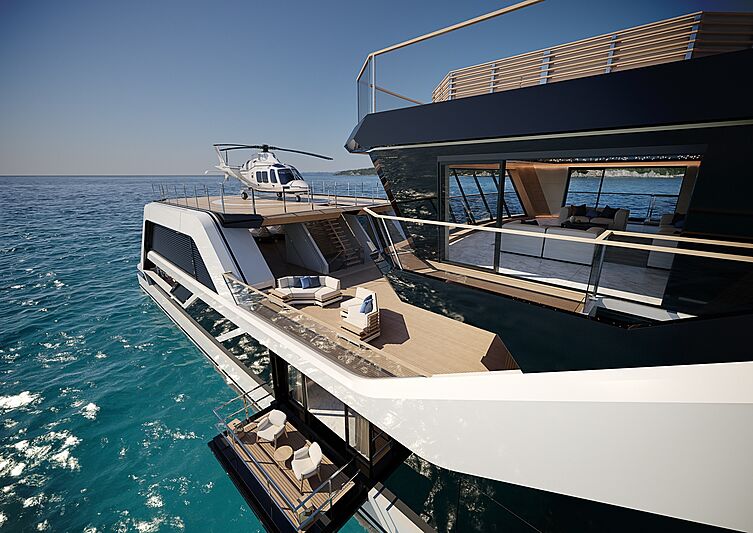 Photo: HydrotecThe engine room is also mainly repositioned in the under-lower deck. It occupies a minimum amount of space on the lower deck and is intended for air intakes only. With this layout, the lower deck can become fully usable. 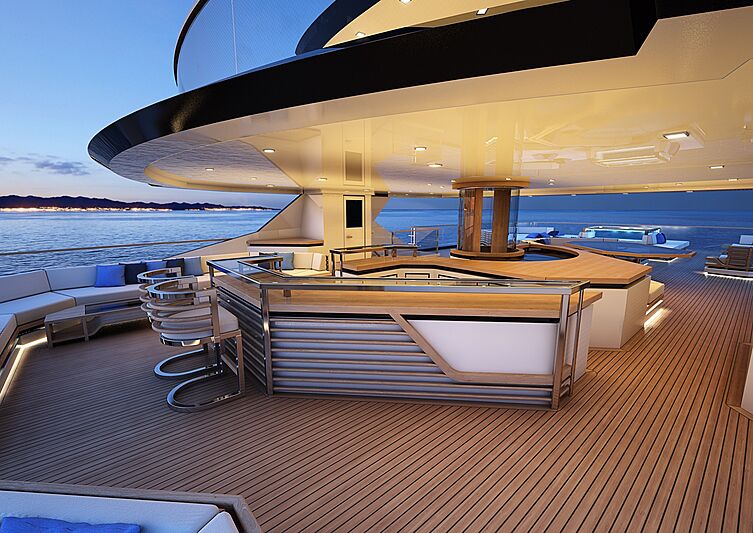 From the bathing platform to the collision bulkhead, cabin guests have direct access to the beach area and spa. A heated swimming pool occupies the central space within the beach area. This zone is completely covered and opens towards the stern thanks to a foldable side. 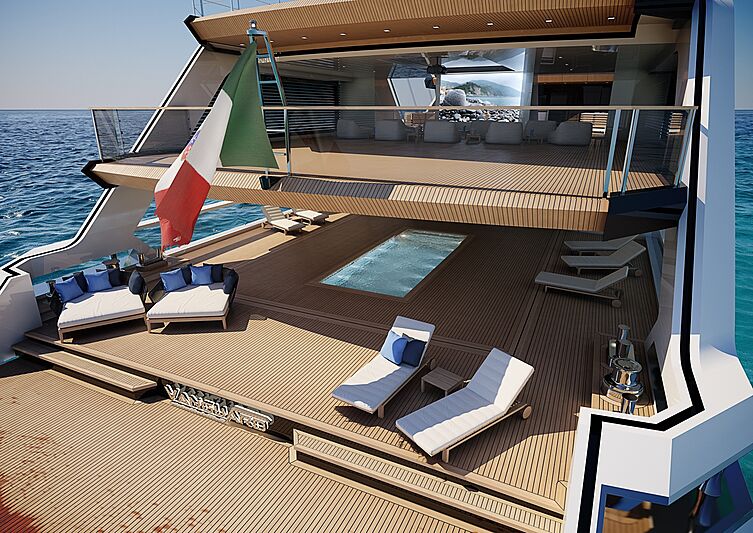 The forward area of the lower deck is home to the crew cabins and galley. The main deck, towards the stern, sees the tender area. It is covered with bridge cranes and side doors for the launch of the tenders and the various toys on board.

Vanguard features an open lounge and main saloon with an adjoining dining room and entertainment area. 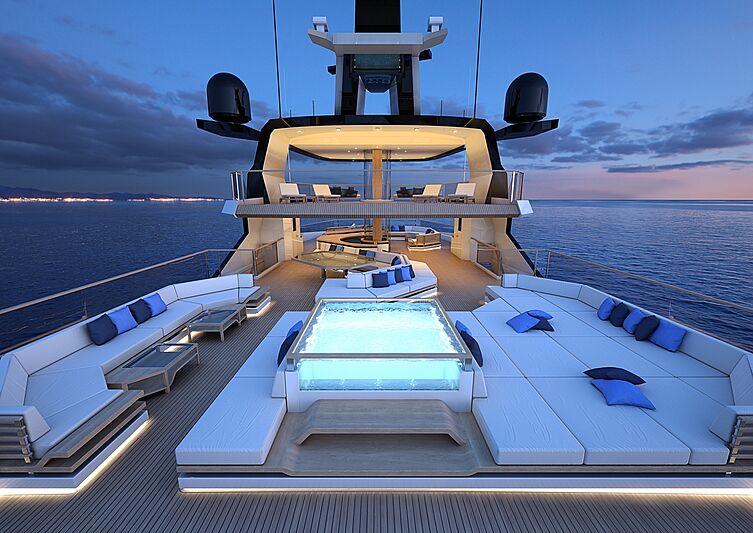 Photo: HydrotecThe other galley has a pantry and sits towards the bow and on the starboard where there is access to the owner’s suite, which consists of a large study, relaxation area and bedroom with two terraces to starboard. To port, guests will find the bathroom/dressing area. 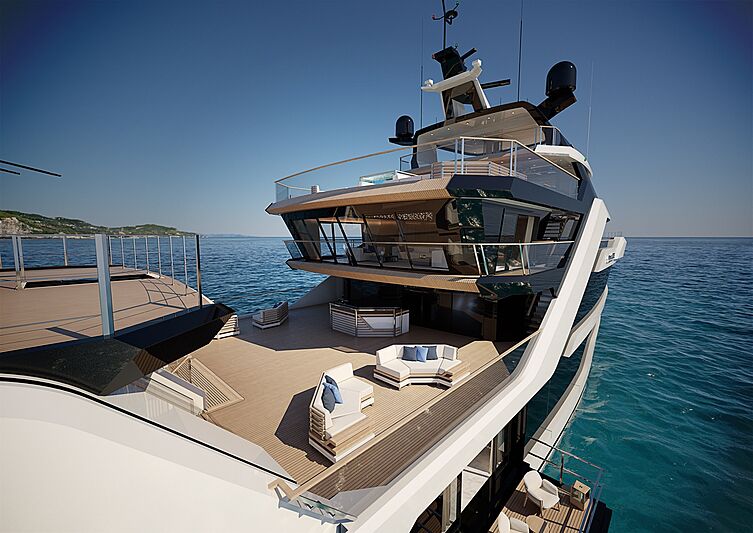 Photo: HydrotecOn the upper deck, aft of the technical area, sits the office and the master’s cabin. Here, there is a panoramic skylounge with an adjoining cinema area and outdoor terrace. Also on this level, towards the stern, guests will find the helideck. 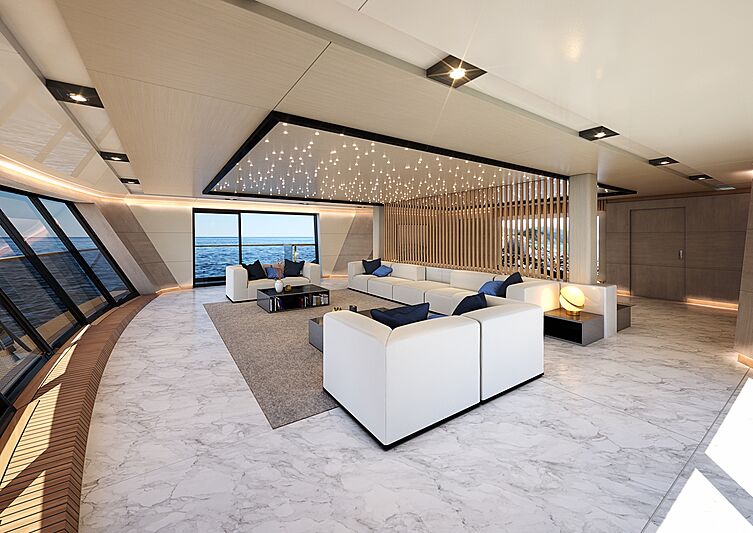 The two upper levels are occupied by two large open lounges served by a lift and a dumb waiter. Vanguard’s propulsion is entrusted to two MTU main engines connected to two fixed blade propellers via shaft lines as well as two electric motors powered by the on-board network. These electric motors allow her to travel at speeds of up to about 10 knots in electric diesel mode.