In early May, IAG Yachts was successful in the recruitment of former Tricon Marine VP, Dave Adams who started with IAG on June 1st, 2011. His title is Vice President in charge of Operations.

Mr. Adams is a 40 year veteran in the yacht and marine business. He was co-founder of Tricon Marine and he actually designed and built the shipyard in Zhuhai. Dave established the high level quality standards that Tricon quickly became famous for. He has been designing and building yachts since 1992 and has been working in China full time since 2002. Adams designed and built the Argos G92 and designed the entire Argos line, in addition to several other projects that he has completed in China.

Mr. Adams’ new duties at IAG will include setting and achieving the highest quality standards of any shipyard in Asia. He will also be working closely with the design team to ensure that all yachts will perform to the highest standards, will be easily maintained, and will deliver new yacht owners as trouble free service as possible.

IAG is expecting the appointment of Mr. Adams to display their commitment to building the finest yachts in the world and they are certain this will be evident upon the completion of the 100’ Electra hull #1 launching this coming October. IAG has already at great expense followed Dave’s direction making many changes in the construction of the first 100 primarily with regard to structural and mechanical design issues. IAG CEO Michael Chang is quoted as saying: “We are both proud and excited to have Dave aboard IAG Yachts to help us turn our vision into reality”. “We know his record and in the short time he has been with IAG, he has already made significant improvements in design, efficiency, and quality”. “Those that know Dave and of his passion understand how quickly he can get things done”. 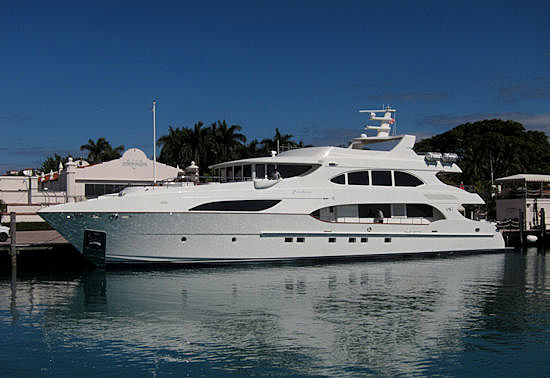 IAG Yachts offers their own brand of yachts between 85’ and 127’ with two series, the “Electra” and the “Primadonna”. The first Primadonna 127’ which is RINA Commercial Class Approved was sold shortly after the Miami Show last February, and the first Electra 100’ has been pre-sold to a client in Mainland China. There are currently two 127’s under construction and two 100’s including the sold 100’ Electra.”