Launched as The Highlander in 1986 for Malcolm Forbes, the greenhulled motoryacht is one of the world’s most instantly recognisable superyachts. She has been comprehensively refitted by Derecktor, fully respecting the groundbreaking exterior lines of her legendary designer Jon Bannenberg. TheHighlander has just gone back into the water for sea trials and will be delivered to her new owners in mid-February. 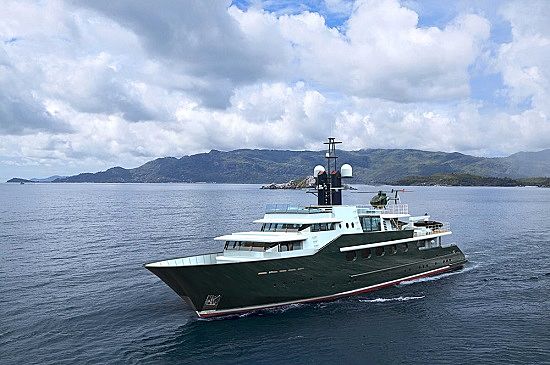 From Liz Taylor, Robert De Niro and Harrison Ford to Margaret Thatcher, Ronald Reagan and HRH Prince Charles, the guest lists for The Highlander read like a who’s who of the world’s glamorous movie stars and heads of state. Legend has it that Malcolm Forbes, already a three-time Feadship owner, was visiting Holland to sign the contract for his new yacht when he saw the Feadship Azteca under construction. This was one of several revolutionary projects then being built at Feadship and designed by Bannenberg. Forbes exclaimed “Oh my God, we’ll have to paint mine green.” 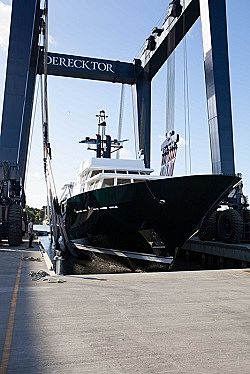 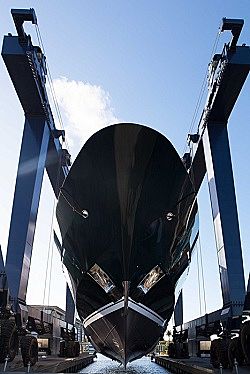 He promptly engaged Bannenberg to create the next The Highlander and the result was spectacular. Although sharing a very similar external appearance to the all-aluminium Azteca, The Highlander was built with a steel hull to suit the need for long range cruising to then-communist China, Alaska and Bora Bora. Her interior layout incorporated large reception and conference areas, enabling Forbes to entertain countless dignitaries, heads of state and business leaders in unrivalled style.

The Highlander remained in the Forbes family for over a quarter of a century. When she was finally offered for sale, it was clear that Bannenberg’s designs had lost none of their attraction. “We are very big fans of Feadship,” explain the owners. "The Highlander had Feadship’s outstanding quality and Jon Bannenberg’s iconic profile. The Feadship and Bannenberg mix was irresistible.” 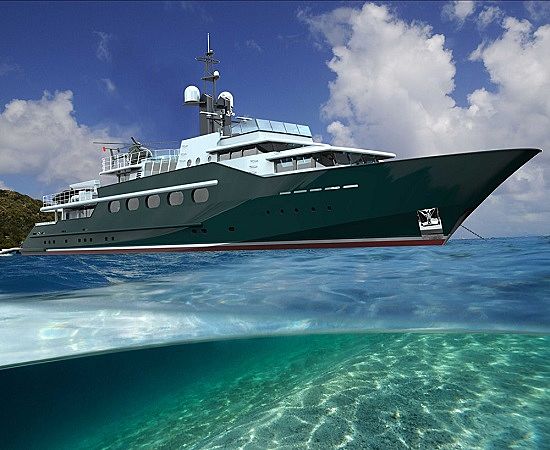 Fans of the late Jon Bannenberg and Feadship will be impressed with the way the owners used Bannenberg’s angular lines to modernise her profile, then adjusted her space for use by their family and charter guests. The enormous refit project included upgrading and modernising all the mechanics while extending the stern by 12 feet to create a contemporary transom and accommodate a lifting transformer platform. The top deck has also been extended forward for al fresco relaxation.

“The new exterior profile follows Bannenberg’s strong lines,” continue the owners, “and it shows how far ahead of his time Bannenberg was in the early 1980s. The Highlander has the personality of Malcolm Forbes and Bannenberg, we believe there is a seamless transition between the original and the new.” 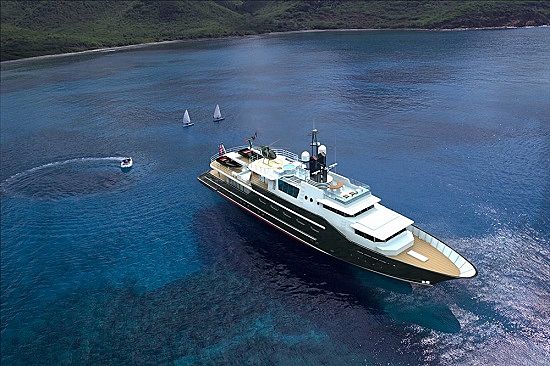 The striking new interior opens up the interior spaces to play to the strengths of The Highlander and changes her from a corporate entertainment boat to a yacht for private use. The entire main deck was stripped back, floors, ceilings, and walls removed, and clean contemporary white Angire and dark wenge interiors installed. The new master stateroom is forward with two new master bathrooms. There are six guest suites with en suite baths.

“We have changed the name to simply ‘Highlander’ – the visionary personalities of Malcolm Forbes and Jon Bannenberg are still very much alive on in this yacht,” conclude the owners. “We look forward to sharing Highlander with people who truly appreciate Feadship’s quality and Bannenberg’s revolutionary design.”

The Feadship Charter Division has become central agent for charter bookings on the iconic Feadship Highlander.