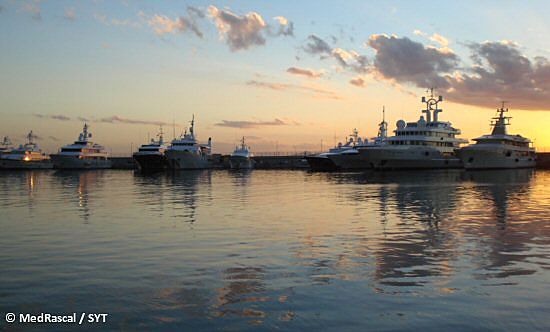 In 2002, the Greek Tourism Development Co. S.A. awarded LTFM a 40-year concession to develop, upgrade and manage the marina. Situated only six kilometers from Athens’ city center, Flisvos Marina served as the “VIP” marina during the 2004 Olympic Games and is today homeport to some of the largest private yachts in the Mediterranean.

“This investment places IGY in one of the premier megayacht marinas in Europe and is an extremely important milestone for us as we enter the booming Mediterranean market,” said Andrew Farkas, founder and chairman of Island Global Yachting. “Our global presence spans the Americas through the Caribbean and into the Middle East, and we are fully committed to expanding throughout the Med. IGY and Lamda Development represent two of the world’s leaders in nautical tourism and we look forward to continuing our relationship and further developing its scope.”

“Flisvos Marina has a world-class reputation and operates according to top international specifications, consistent with IGY’s high standards,” continued Frank Garrison, CEO of IGY. “For the megayacht market, it is a primary access point to the cruising waters of the Aegean Sea, and is an ideal base from which to explore the more than 3,000 Greek islands. We are delighted to be a part such an outstanding facility.”

IGY developments are not only enhancing and revitalizing their local areas, but the network of properties is setting new standards for service and quality in nautical tourism. The company offers an unprecedented Pan-Caribbean collection of marinas including locations such as: St. Maarten, St. Lucia, the British Virgin Islands, and St. Thomas, as well as properties in the Americas. In addition, IGY is at the forefront of the emerging marina market in the Middle East. The company is currently contracted to design, develop and manage up to 40,000 berths for Nakheel & Istithmar Leisure in Dubai, UAE. The first project, Anchor Marina will be completed in early 2008 on the much-publicized Palm Jumeirah.