Island Global Yachting (IGY), one of the world’s premier owners, developers and managers of marina properties and yachting lifestyle destinations, announced today that it had commenced a redevelopment of its Rodney Bay Marina on St. Lucia, W.I. The project was presented during a groundbreaking ceremony at the marina attended by company executives and Island officials. Slated for completion in late 2008, the new Rodney Bay Marina will feature 252 fully reconstructed slips including the addition of 30 berths dedicated to megayachts and a refurbished upland component with retail and restaurant facilities. During the renovation, the marina will remain operational. 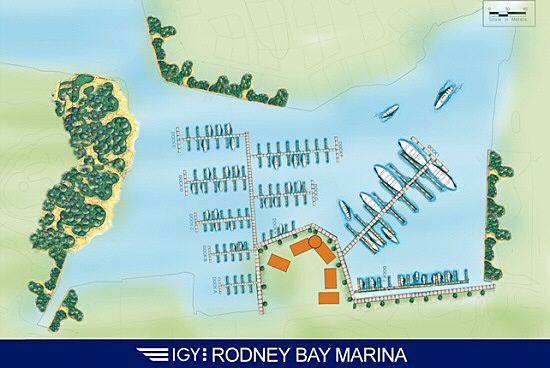 Already considered one of the Caribbean’s leading centers for yachting and sport fishing, Rodney Bay Marina also offers a 4.5 acre boatyard and is situated in a well-protected hurricane hole. For the past 16 years the Marina has been the completion stop for the famous Atlantic Rally for Cruisers (ARC), a grueling 2,700 nautical mile voyage undertaken by more than 230 yachtsmen each year. IGY purchased the marina in early 2007.

Andrew L. Farkas, chairman and founder of Island Global Yachting said, “Rodney Bay Marina is already the leading marina facility in the region and has been a cornerstone for IGY in the Caribbean. We are excited to work with the Government and people of St. Lucia to further develop this property into one of the finest luxury yachting destinations in the world. This renovation at the Rodney Bay Marina will continue to reposition the island of St. Lucia as a major megayacht destination and enhance the tourism industry in Rodney Bay by serving as a port of disembarkation to the southern Caribbean.”

“Our strategic location will allow for the megayacht circuit to cruise through the southern islands in the Caribbean towards Barbados, St. Vincent and the Grenadines, Grenada, and Trinidad and Tobago,” continued Cuthbert Didier, general manager of Rodney Bay Marina.

“Prior to this redevelopment, there were no first-class marina ports in the southern Caribbean which cater to the megayacht industry. We look forward to continuing to serve our loyal clientele with an even better facility and welcoming new customers to the Rodney Bay Marina.”

The Rodney Bay Marina was established in 1986 by Arch Marez, a California-based entrepreneur who died in 2005. Through the years, the Rodney Bay Marina has become the center of yachting tourism on the island of St. Lucia, complementing the luxury hotels and condominiums which support its northern tourism belt.