More than sixty representatives of the Isle of Man Superyacht Industry attended this year’s Monaco Yacht Show. This prestigious show is the highlight of the superyacht season in the Mediterranean and is attended by all the world’s leading builders, brokers, charter agents, service companies, luxury goods providers and potential buyers. In total more than 100 superyachts were on display (several flying the Manx flag) and 500 exhibitors, and the show was visited by 28,200 people. The organisers say that it was the most successful show in the event’s twenty one year history. 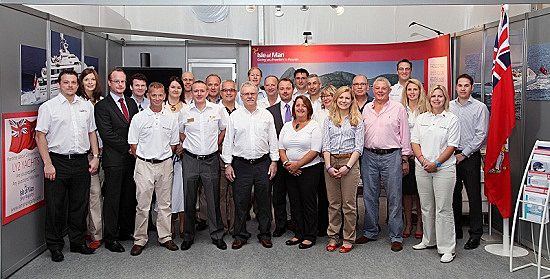 Robert Tobin, Chairman of the Isle of Man Yacht Forum commented: “In spite of the gloomy economy, confidence in the superyacht industry is high, and compared to three years ago the general feeling is that the market continues to grow. It was very encouraging to see so many professionals from the Isle of Man in attendance representing a cross section of the services provided by companies in the Island including; corporate services, management and administration, compliance and technical support and crew services".

The Isle of Man Ship Registry stand was well attended by industry professionals and yacht captains and there was considerable interest in the lead that the Isle of Man is taking in the interpretation and implementation of the impending maritime Labour Convention and its effect on the superyacht industry. The Ship Registry’s presence, as always provides a focal point for the Isle of Man at the show and demonstrates the value of the public/private partnership which exists in this industry.

“It was very encouraging to see so many Manx flagged yachts at the show, and the number of yachts which in one way or another had some involvement with the Isle of Man.”