Dynamiq is currently hard at work on its second new build superyacht project at their dedicated shipyard in Viareggio, Italy. Following the launch of the 39-metre Jetsetter last year, the Monaco-based brand is making good progress on the build of the first GTT 115 project with the hull and superstructure now complete. 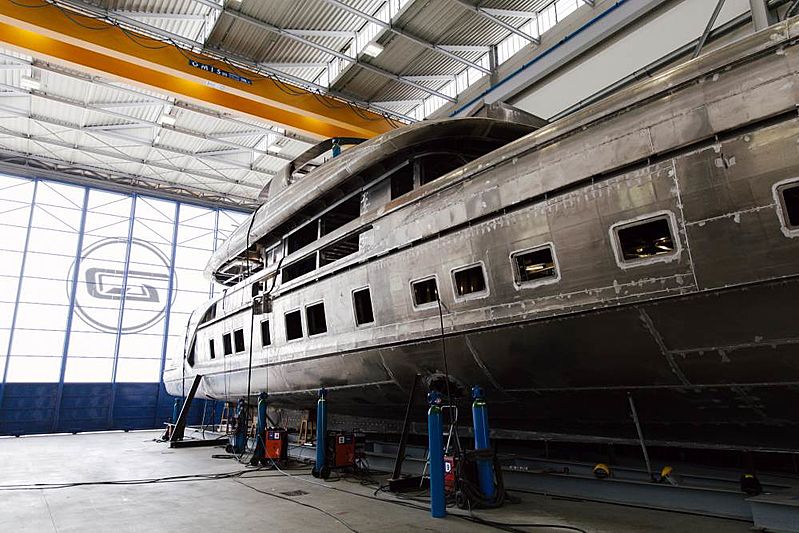 Dynamiq CEO, Sergei Dobroserdov hosted Pierre Casiraghi, a member of the Monegasque royal family, and Bernard d’Alessandri, Secretary General of the Monaco Yacht Club, at the construction ceremony of the project. 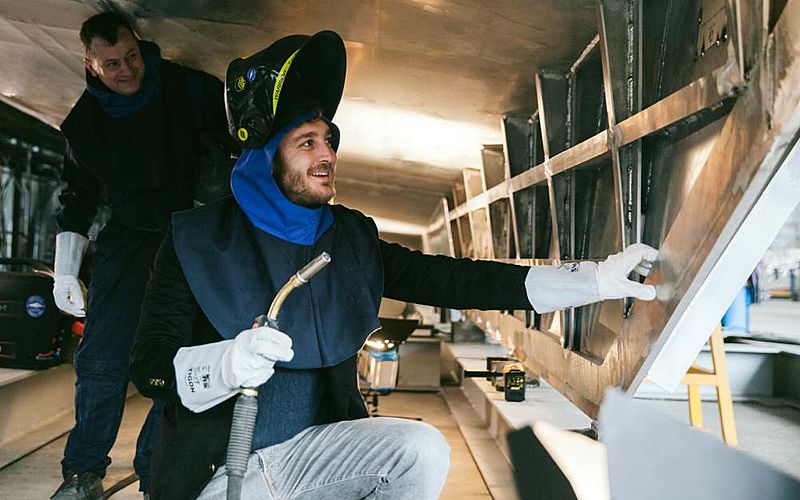 Austrian design office Studio F.A. Porsche is behind the interior and exterior design of the project with Vripack having been charged with naval architecture development of the yacht. Dynamiq reports that mechanical outfitting and exterior fairing is now underway and the project is on schedule for delivery in September 2017.