The 41-metre M/Y Kanga project currently in build at Cerri Cantieri Navali is taking shape as the hull has received its main deck level of the superstructure this month. Her American owner commissioned Floating Life in October 2015 with the build of the project, and construction commenced in January 2016. 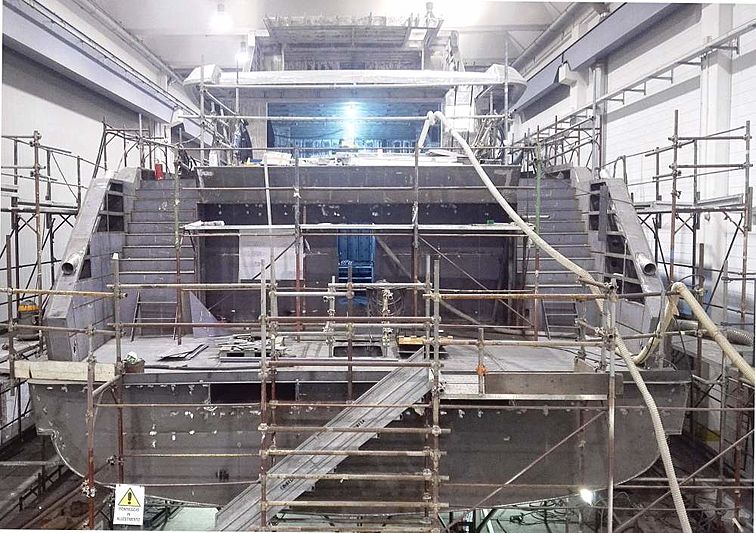 The ‘light ice’ class explorer is designed by Studio Sculli to take on long-range voyages, even in the polar regions. Her 9.4-metre beam means the internal volume could be maximised but does not exceed the 500 GT mark, however. 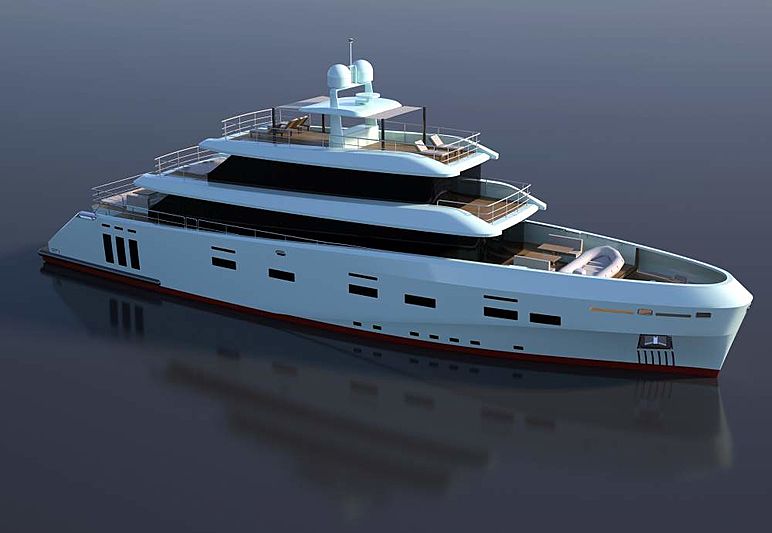 The shaft alignment has been carried out and interior deck supports are now being installed. The owner and Studio Sculli have been meeting on regular occasion to discuss Kanga’s custom interior, which is now vastly different than when the project was initially signed. 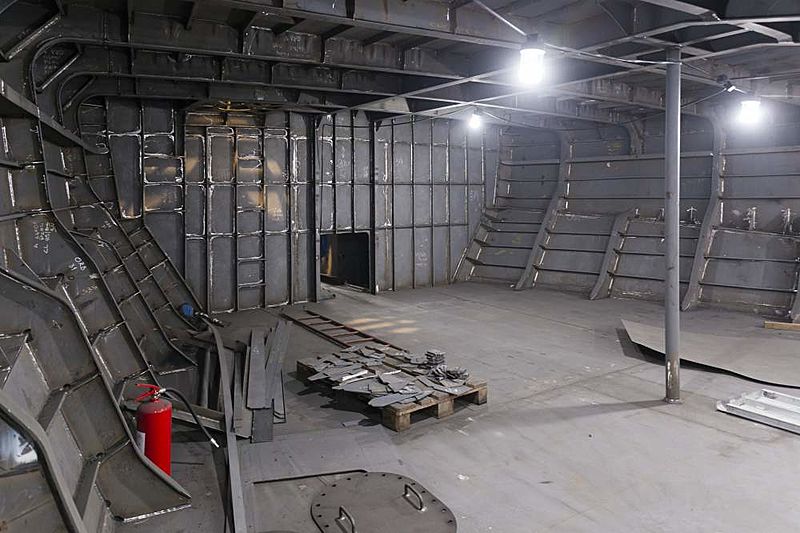 Kanga will be ready for delivery in 2018. 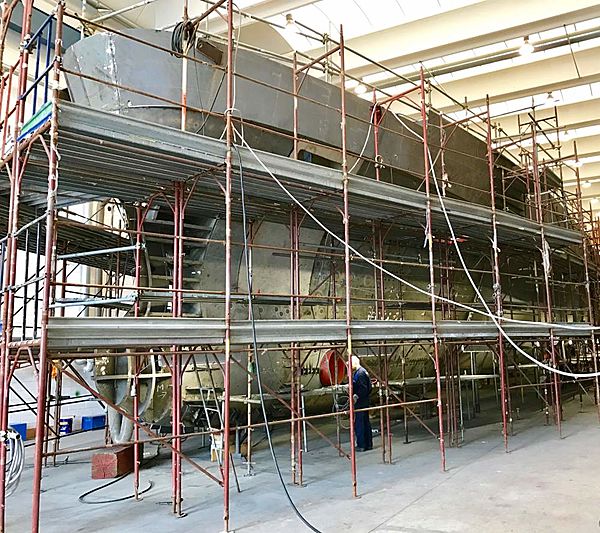