Very rarely do we feature yachts visiting the Caribbean island of Cuba. In these pictures taken earlier this year by reader Kenny Heidman, we see the 133m superyacht Al Mirqab docked in the port of Havana. Al Mirqab is currently the 14th largest superyacht in the world. Built by the German shipyard Peters Werft GmbH in 2008, she features an exterior design by Tim Heywood and is characterised by her sleek blue hull and discreet white superstructure. Her Andrew Winch designed interior is said to be highly ornate and extremely luxurious, of which only a few photos have ever been released. She offers a grand swimming pool on the lower deck which can be opened up to the sea by side hatches to create the ultimate play area. Her last known position was recorded as Greece, according to her AIS signal. 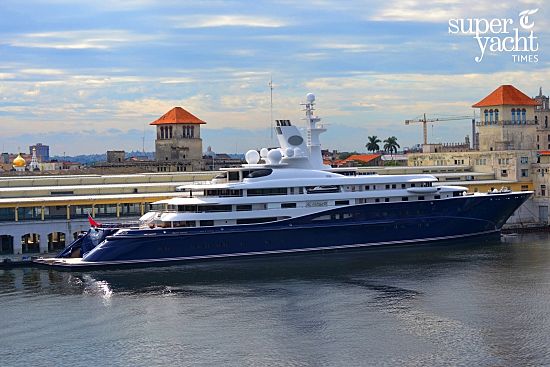 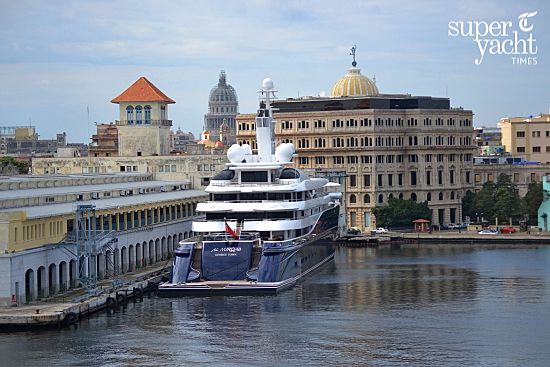 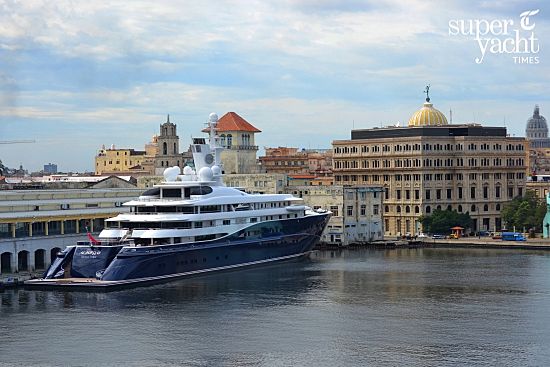