Columbus Yachts - part of the Palumbo Group - has launched two new superyachts this past weekend, the Classic 57m and hull number two of the Sport Hybrid 40m. SuperYacht Times Merijn de Waard was at the launch on Saturday the 16th, which took place on one of the Palumbo Group’s floating docks in the Port of Naples, Italy. 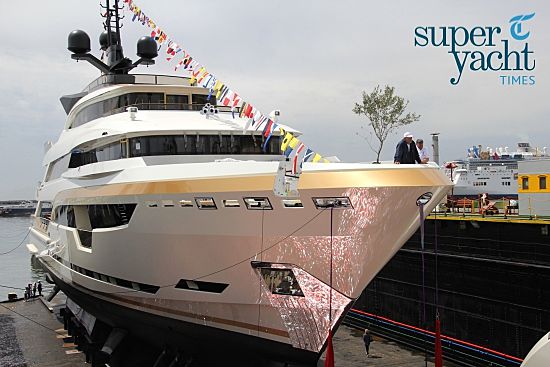 The Classic 57m is a fully custom superyacht constructed with a steel hull and aluminium superstructure. Until her launch, details of the vessel have been kept private, though more information will be released soon. She belongs to the Classic line inaugurated by the 53.70 metre Prima in 2011, and boasts eclectic interiors utilising a variety of woods, mirrors and marbles. 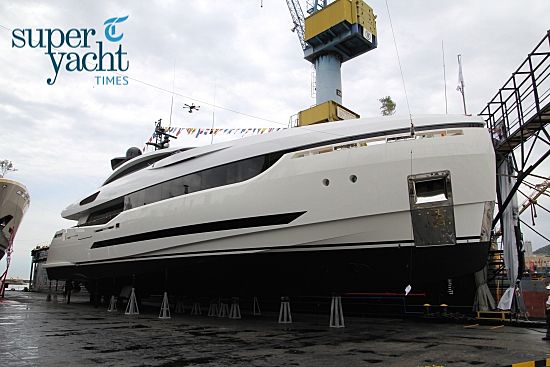 The Sport Hybrid 40m, named Divine, has been built on the platform of the 40S Hybrid which was launched in summer 2013. Features are largely identical to the first version of the vessel, with an aerodynamic light-weight aluminium hull, soft exterior lines and a modern interior layout. She also comes with an optional eco friendly advanced electric propulsion. In addition, several large balconies combine with large deck areas to create a spacious environment. 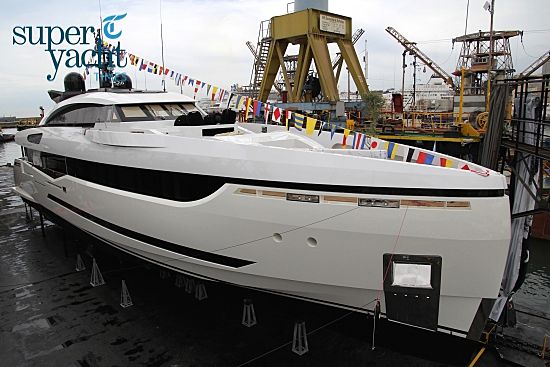 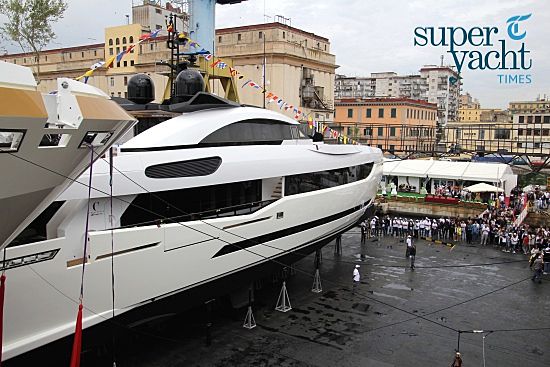 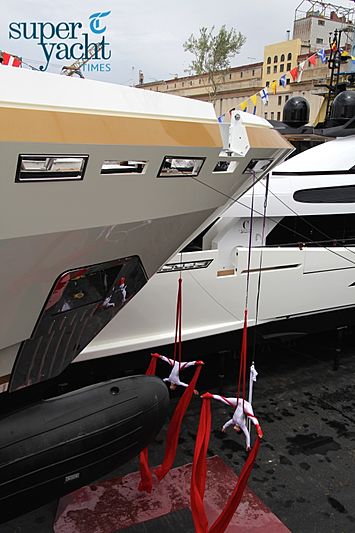 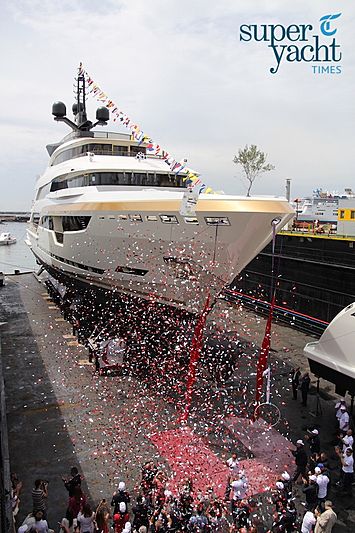 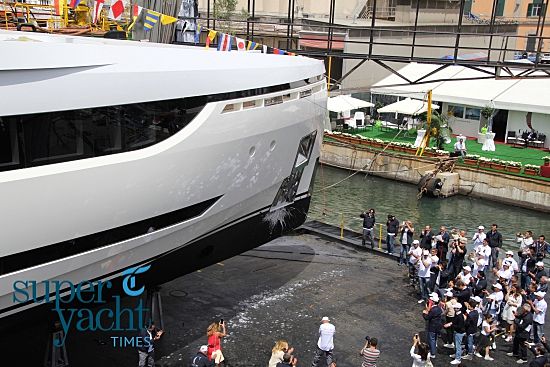 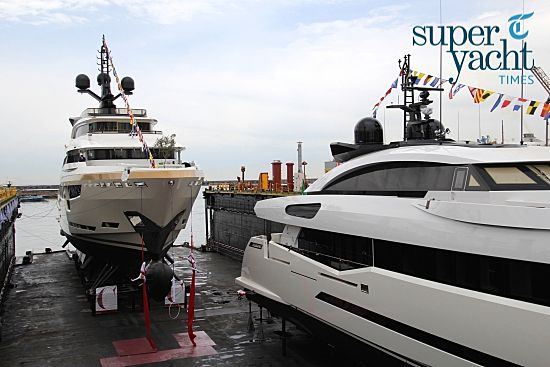 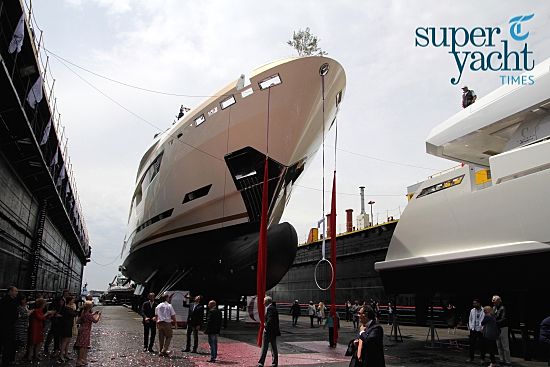 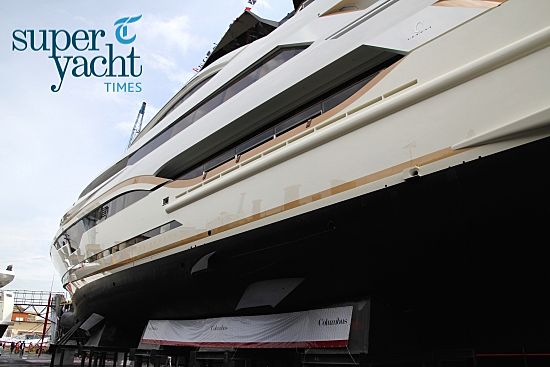 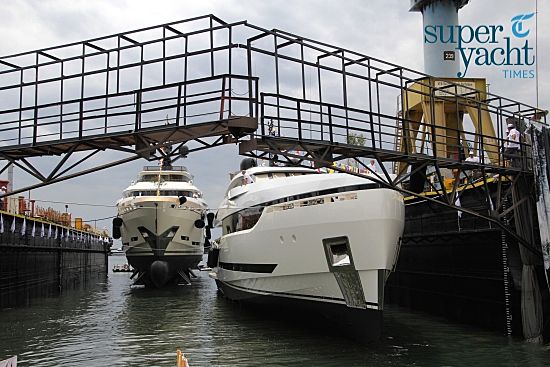