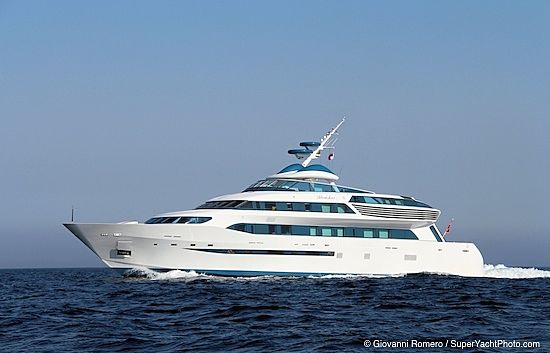 During the construction of the yacht, different combinations of gas turbines were considered but the final choice came down to the Pratt and Whitney model ST40M, extensively used in the Norwegian Navy together with the Rolls Royce 601-KF11. This change les to a substantial modification to the Renk reduction gears. 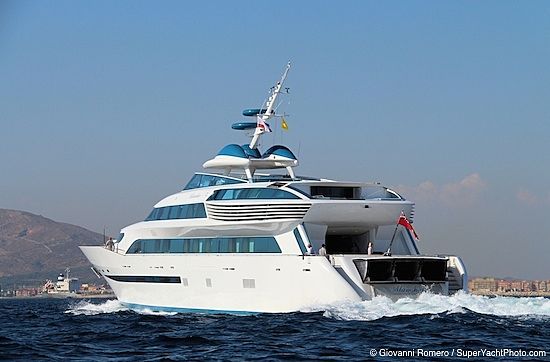 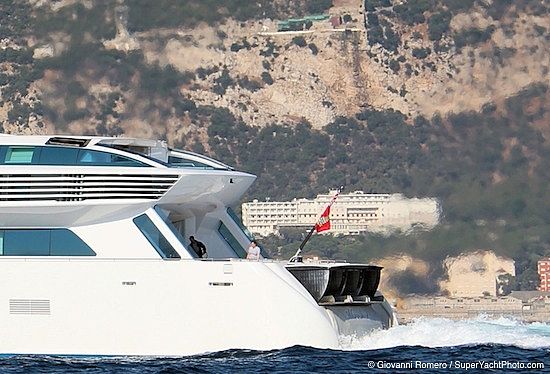 As can be seen on these photos, the engines produce a significant amount of heat. 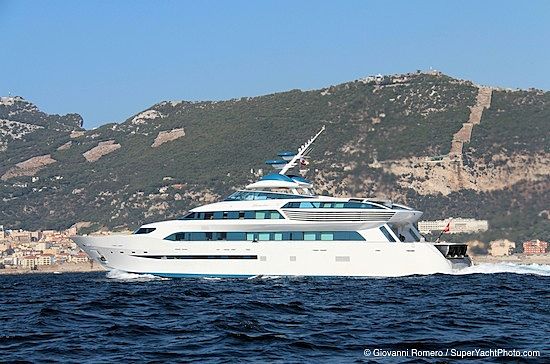 The yacht's owner, Prince Shah Karim Al Hussaini Aga Khan, is no stranger to fast yachts. He currently owns Shergar, which has always been kept in immaculate condition. 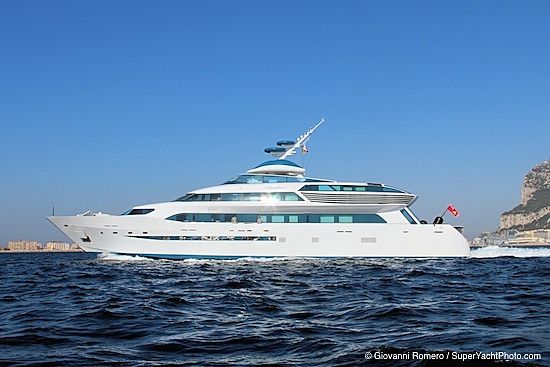