From September 29 to October 7, the Voiles de Saint-Tropez gathered the largest Classic, Modern or Wally Yachts for a week of regatta. There were nearly thirty boats equipped with Incidences Sails such as Moonbeam 3 and 4, Lelantina or Thendara in the Classic Class, who had a wonderful time on the different races held in the Bay of Saint-Tropez. 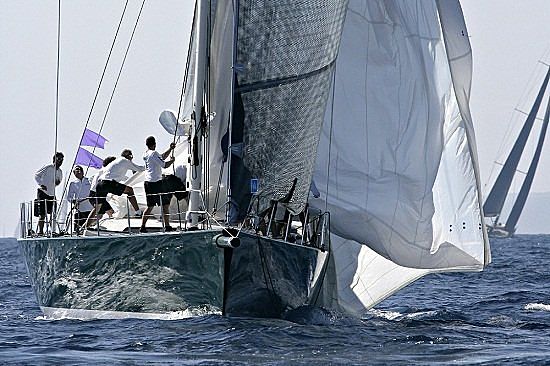 In the Wally Class, 8 races were run during which the yacht Genie, led by Prince Charles de Bourbon-Siciles, was fully in control of the situation. Equipped with Incidences sails for the past 2 years after the new mast installation; the 77 feet yacht signs here her prettiest performance. "We have been working very closely with Incidences for the past two years" says Nicolas Marchand, manager of Genie. "We made a real substantive work, with Bertrand Cudennec and Ronan Floch, and they focused on research and development to achieve this result today. This is the outcome of a great team work which will be carried on in the long term. "

Genie manager has also chosen to surround himself with an original crew. Consisting of talented offshore racing and match racing sailors, from Brittany and the Mediterranean, the Prince’s crew put their full knowledge into practice for the occasion. "We have decided to increase the competences on board," says Nicolas Marchand. "We had three Incidences representatives: Yoann Richomme, Quentin Ponroy and Sébastien Audigane who was in charge of the navigation; to which we added several sailors from offshore racing and the Mini Class, like Rémi Beauvais or Clement Giraud. We also benefited from the expertise of Damien Iehl for the tactics.” A new selection which paid off in this environment that is more used to Anglo-Saxon crew.

Final race of the season in the northern hemisphere, the Voiles de Saint-Tropez were also the opportunity for Incidences Sails and his President Yannick Richomme to meet customers and partners on the event. Initiated and organized by Philippe Touët at the Hotel Sube in the harbor, the evening was a great success for the 200 guests. "The guests enjoyed the opportunity to meet the new direction. Incidences Sails is keen to further integrate the Super Yachts market and we created a good opportunity to discuss with our clients and offer our expertise to the owners who may be interested in our sails" explains Philippe. "This is the first time we organized such a party on an event, and it won’t be the last."