Home > News > Inevitable – the rebuilding of a classic Feadship yacht

In March 2006 the US owner of Inevitable contacted De Vries Makkum with the request to refit his 1990 Feadship yacht Inevitable. A year before he had purchased the 51 meter yacht with the intention of rebuilding her to his own wishes. It was not his first big yacht, as he previously owned a 40 meter blue hulled Palmer Johnson yacht with the same name. 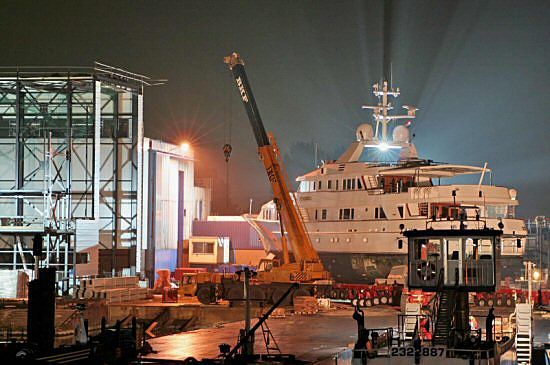 The refit team in Makkum, headed by Ico Vergouwe, sealed the contract and in the Autumn of 2006 Inevitable arrived in Amsterdam, The Netherlands. She crossed the IJsselmeer to Scheepswerf Balk in Urk, who have a special slipway installation and can lift yachts up to 1200 tonnes and 60 meters out of the water. Balk placed the yacht on a pontoon and she was towed to De Vries Makkum, where she entered the “Makkum Cathedral” through the backdoor. 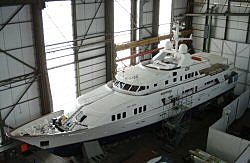 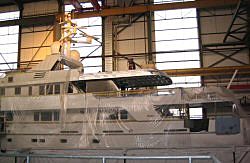 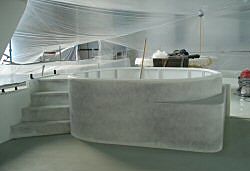 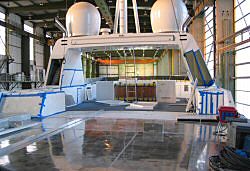 As soon as she was inside the yard, work started with the removal of the complete interior. At the main and bridge decks everything was removed, including all the walls, and at the lower deck only the interior was removed. Whilst the yacht was being stripped, Shipyard Ceelen in Leeuwarden built her new stern and Bloemsma Aluminiumbouw built the extended boat lounge and sundeck construction. 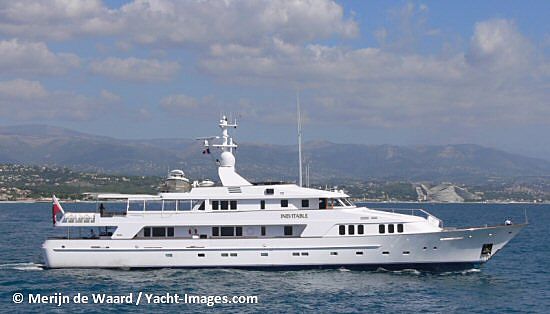 Inevitable was originally launched from the Feadship De Vries shipyard in Aalsmeer in 1990. At that time she did not had a bathing platform, but a few years ago, during one of her previous refits, a platform was added, as well as lengthening the overhang at the upper aft deck. Both extensions were removed in Makkum and replaced. 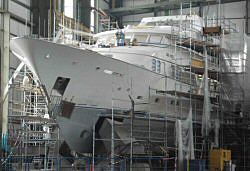 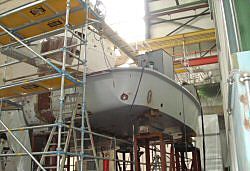 Feadship’s in-house naval architects, De Voogt, designed the new profile of Inevitable. By making the new buoyant bathing platform and raising it with 20 cm, her initial stability and water line length were increased, to compensate for the extended superstructure.

The owner had appointed Patrick Knowles, who also designed the interior of his previous yacht, to redesign the interior. Build by Metrica, the classic interior features light teak wood and soft tones. A new bathroom and walk-in-closet were added to the owner’s stateroom, forward on the main deck. The original bathroom has become the ladies bathroom. 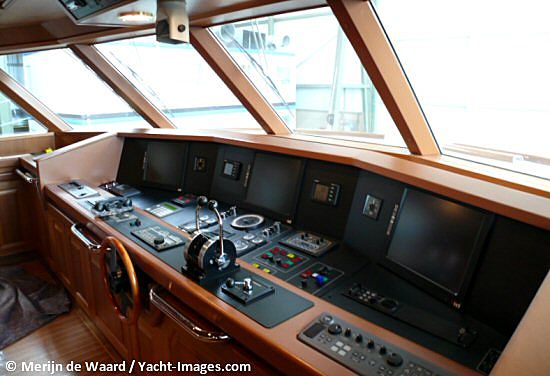 De Vries Makkum installed a new state-of-the-art galley, the laundry was brought up-to-date and the visibility in the wheelhouse was considerably increased by lowering the instrument panel. 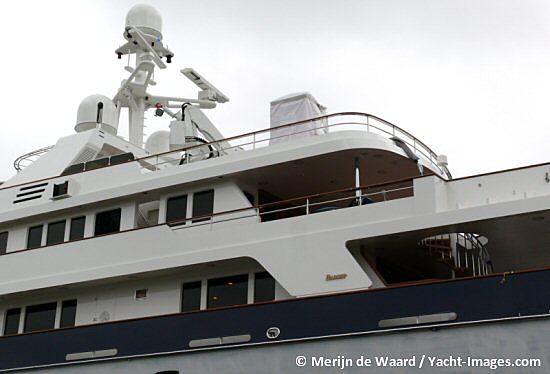 The most notable change, was the addition of a few meters at the upper deck. What previously was a small lounge, has changed in a large room with a seating area, card table and a bar with a large television screen, ideal for watching a sports game. 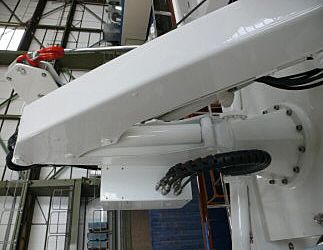 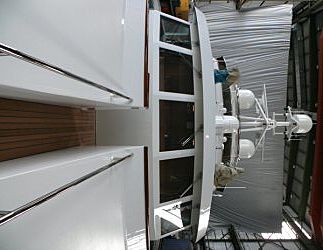 Above the new upper deck there is plenty of space for two new tenders, a 22ft and a 15ft Nautica, and two Jetski’s. A new large Palfinger crane was installed, of which the arm can almost reach down to the water, making it easy and safe to launch the tenders. 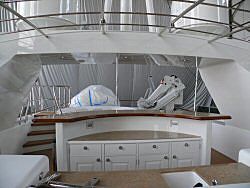 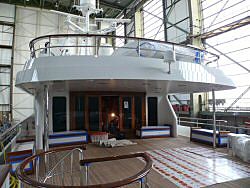 Midway the sundeck, under the arch, there is a new Jacuzzi, a bar and room for a few sun loungers. A new hard-top extension, build against the radar arch, provides shade over the bar area. 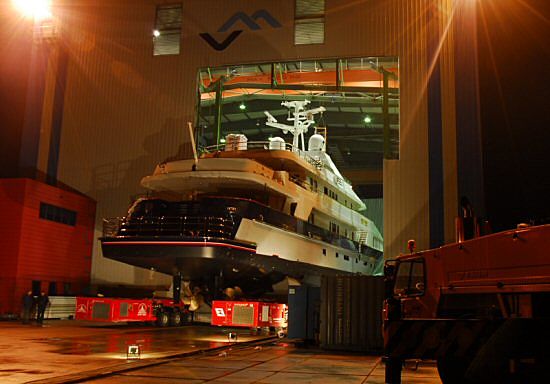 Thanks to a full paint job, the exterior of Inevitable shines once again. From the beginning the owner had made it clear to that he wanted a blue hull. “Normally you have to take extra measures, because a dark hull absorbs a lot more heat, but Inevitable had some over-capacity in her cooling generators which can handle the extra heat”, explains Ico. 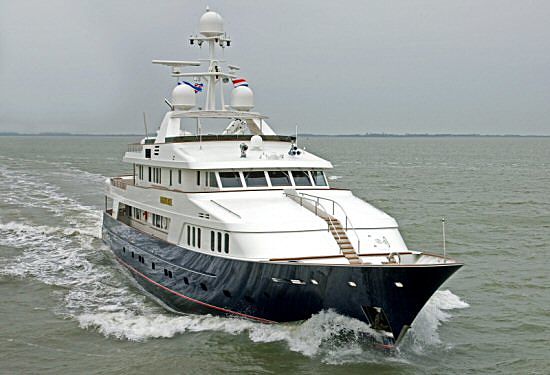 Since the acquisition of the former Amels shipyard in Makkum in 2005, De Vries already successfully completed the refits of three Feadship yachts, Siran, Utopia and Aurora. With the completion of Inevitable they can add another successful refit to their reference list. With 4 superyacht contracts on order, space will be limited, but I am sure we will see many more successful refits from Ico and his skilled team. 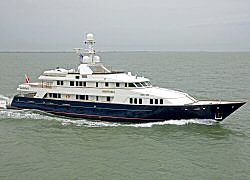 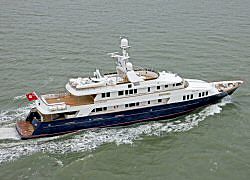 Inevitable has left Holland on her way to the Mediterranean, from where she will be available for charters this summer.