When a new yacht is to be designed and built, most eyes focus directly on the glamorous exterior design and less on the throbbing heart inside the yacht: the engine room, with its systems, machinery and piping. But by using a state of the art 3D environment, Vripack creates a much more realistic process and gives those involved a clear insight of the yacht’s pearl. 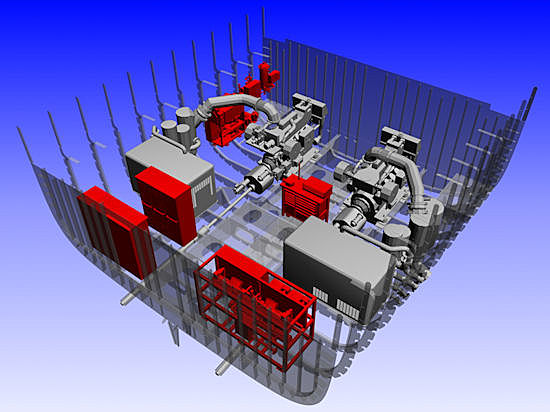 During the last decade, Vripack implemented 3D structural and piping engineering which since then has simplified and speeded up over dozens of finalized yachts during the last years. The combination of 3D engineering and perfect teamwork between our experienced and enthusiastic engineers contributes to a fast and effective production process.

Within Vripack, a project is divided into various stages; the first stage is of course the Exterior design and the creation of a General Arrangement. In the second stage our Naval Architects become actively involved. During these two stages our Yacht and Mechanical Engineering departments are looking over the shoulders of the designers and naval architects to already tackle any layout issues so when their stage gets under way, they can immediately kick off with their activities creating the construction and assembly plans for structure and systems. This is only one of many benefits of Vripack’s unique one-stop-shop philosophy. 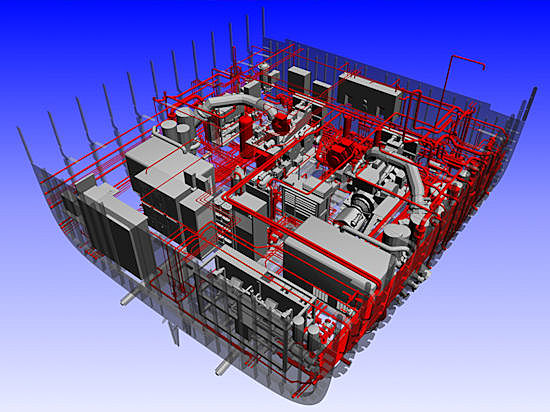 A 3D model is obtained containing structures, systems and machinery in the smallest detail, which makes it possible to see the start, development and end result of a ship’s construction and digitally walk through the whole yacht. A yacht can actually be compared with a ‘cruising city’ as it contains complete hotel systems like heating, ventilation, air-conditioning and grey-, black- and potable water systems. 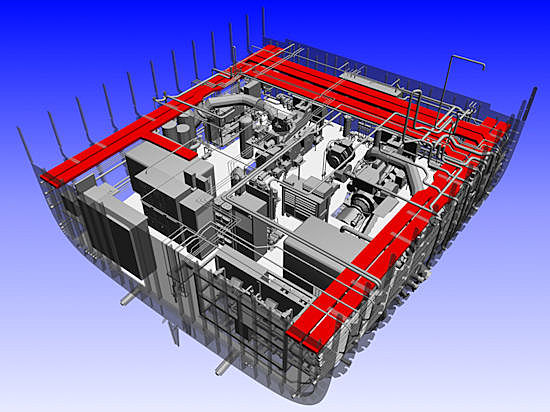 3D engineering provides many advantages. First of all the 3D model is also the base on which the Interior Department will determine the dimensions of the interior components to prevent any possible conflicts with the structural elements and systems and therefore save many hours and delay on the drawing board as the conflicts do not pop up during actual construction.

Also there are many advantages for the owner and his team, as in an early stage he gets a good view of the engine room while ‘walking through’ it, which gives a better insight in the possibilities. This helps to create engine rooms which demand less maintenance and contain non-complex systems. 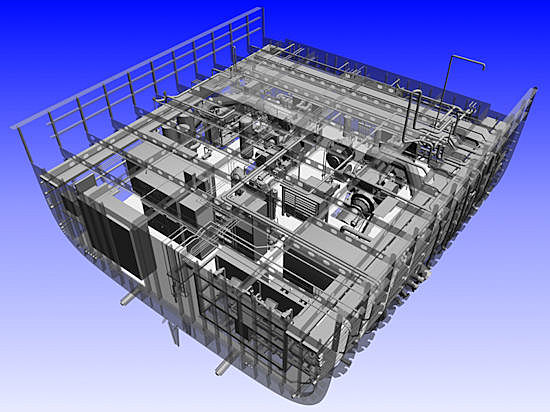 Yards also have maximum advantage of our 3D engineering, as during the design stage any future challenges concerning accessibility, layout and ergonomics can be prevented or noticed and solved in an early stage. Complete 3D engineered drawings also contribute to a much higher production speed for the yards. Not rarely, yards use our 3D models to pre-fabricate necessary piping, systems and machinery in the workshop to speed up the building process even more.