BMT Nigel Gee, a subsidiary of the BMT Group, has announces its collaboration with Henry Ward Design in the development of the highly innovative ‘Recreational Island’. Measuring some 10m x 8m when deployed, the design concept is a folding, floating platform, which in its folded position can be stored in a tender bay of a large yacht. 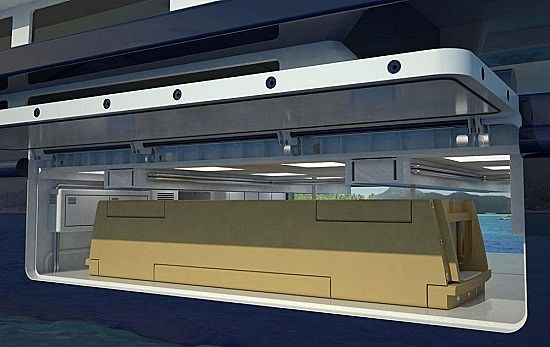 Deployed using standard overhead tender cranes it can be towed by tender in its folded position to a preferred location – either into a shallow bay that the yacht cannot access, or simply to act as a stern extension to the yacht’s existing transom platform, thereby offering a large and flexible space for recreation, dining and relaxing.

An option to configure the island for use as a portable helicopter landing platform is also being investigated, with such a feature allowing existing yachts with no landing facilities, or new designs to have a flexible facility on board, without the need to sacrifice valuable deck space. 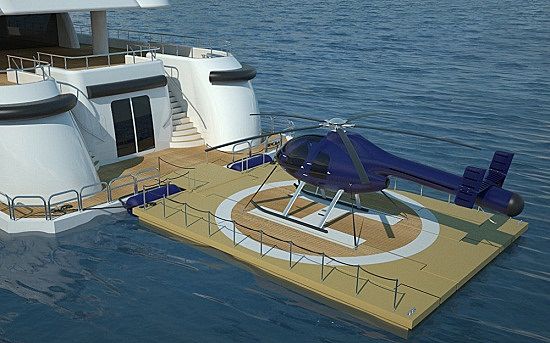 Henry Ward is a recent graduate of Transport Design and the concept was initiated as part of a final year project. Recognising the creativity of HW Design, BMT has invested in the undertaking of technical studies to assess technical feasibility and engineer the design further. “This project is a perfect match for BMT Nigel Gee”, comments Yacht Design Director James Roy. “We recognise that creativity drives innovation and it is encouraging to see young designers such as Henry initiating ideas such as the Recreational Island. We are strong believers in recognising that the creation and development of new ideas is best accomplished in a collaborative manner - bringing together unique capabilities to achieve the optimum result.” 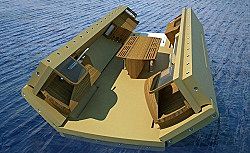 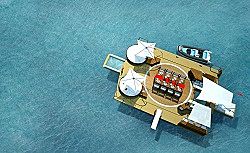 The team are also investigating the possibility of applying the Recreational Island into the hotel industry, as well as the military and events sectors. Henry Ward added: “We see many potential applications and whilst we continue to technically develop the design further, we are actively seeking a manufacturer who is interested in investing in the development of the product and bringing it to market.”