During the 2019 Monaco Yacht Show, the 37.07-metre Majesty 120 was first announced to the world as the new flagship of the UAE yard Gulf Craft. Since then, the first unit has completed sea trials and is listed as a yacht for sale. 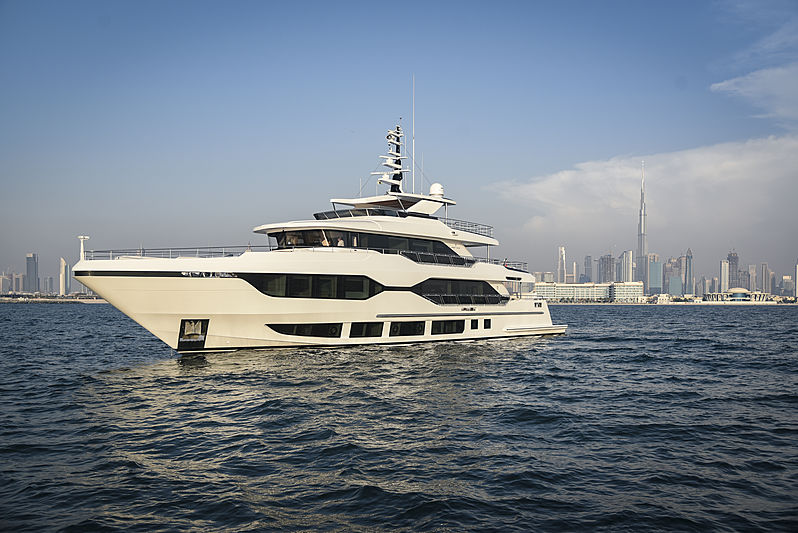 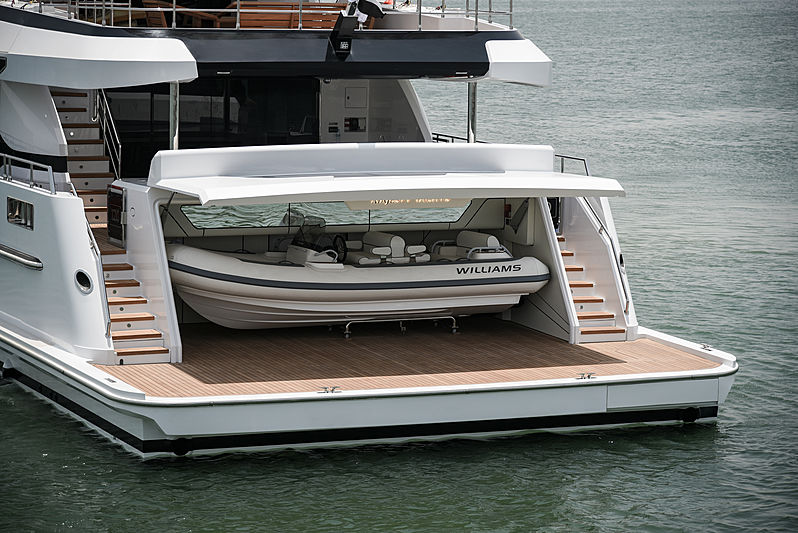 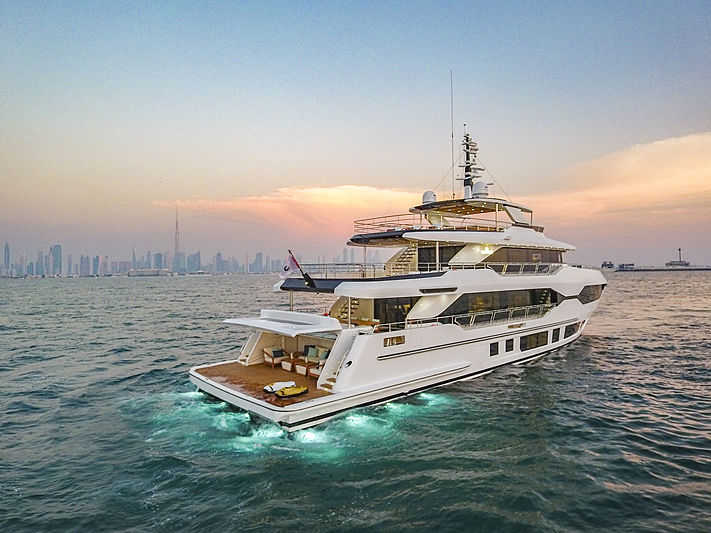 Photo: Gulf CraftGulf Craft’s in-house design studio is responsible for her naval architecture and exterior design - which brings together aggressive lines and signature windows lining the hull. The design suits the yacht’s performance as the first electrically-powered propulsion package onboard a Majesty yacht. 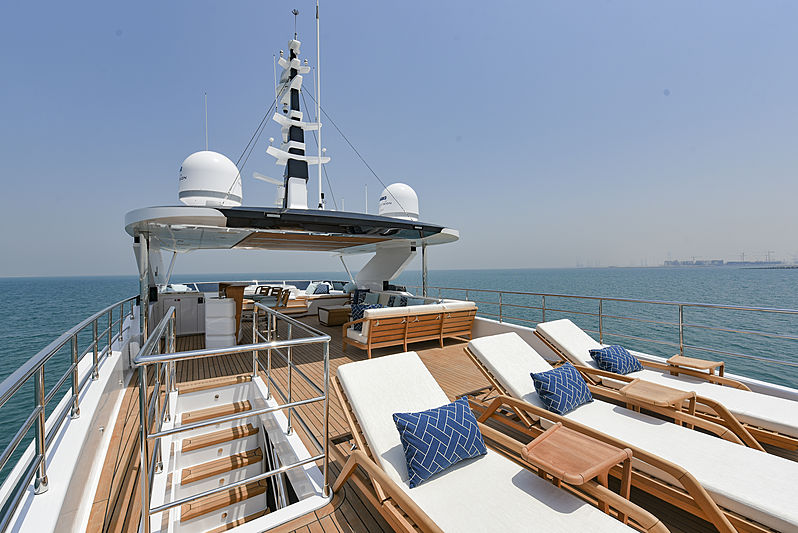 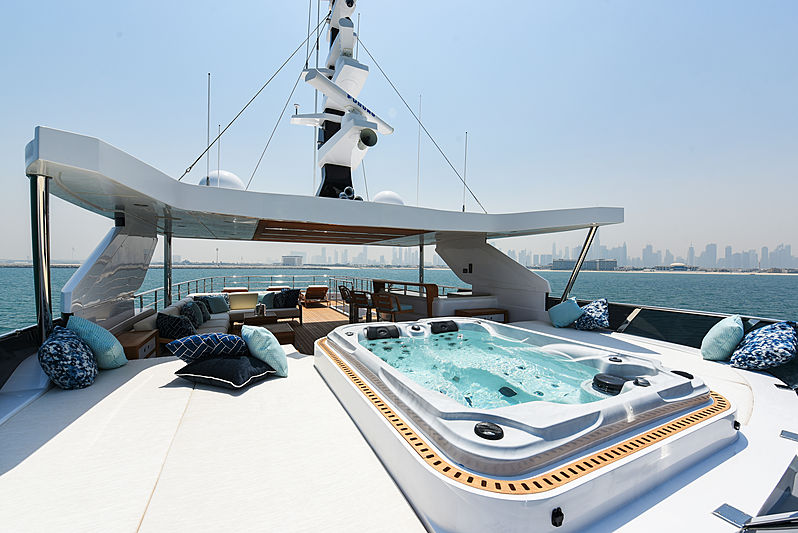 Photo: Gulf CraftBuilt from composites such as GRP and carbon fibre, the new yacht has everything electrically powered, except for the engines and generators, including the fin stabilisers, thrusters, steering, balconies and passerelle. 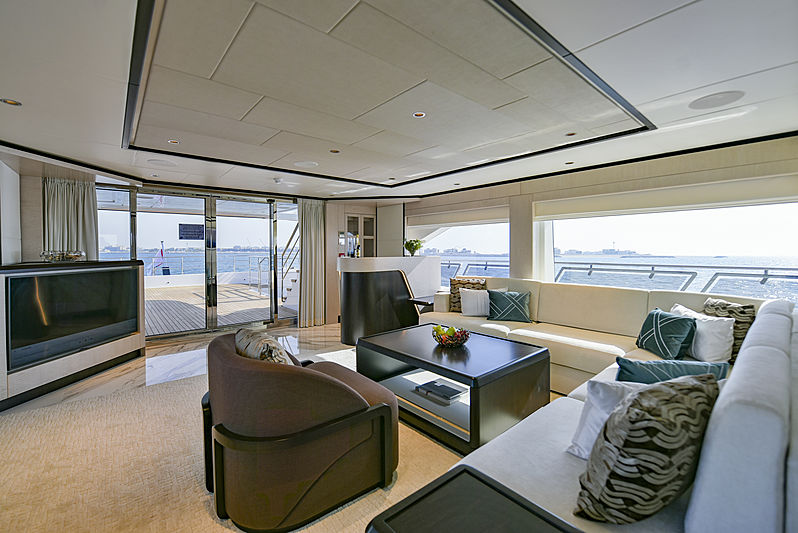 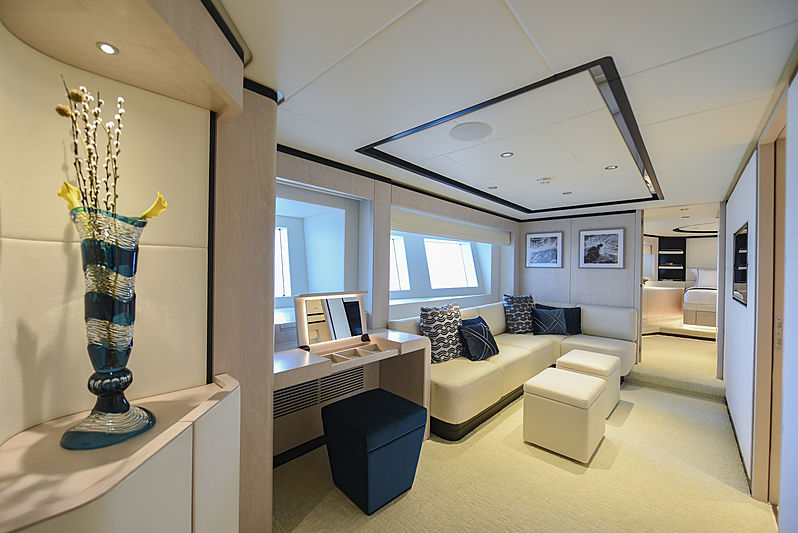 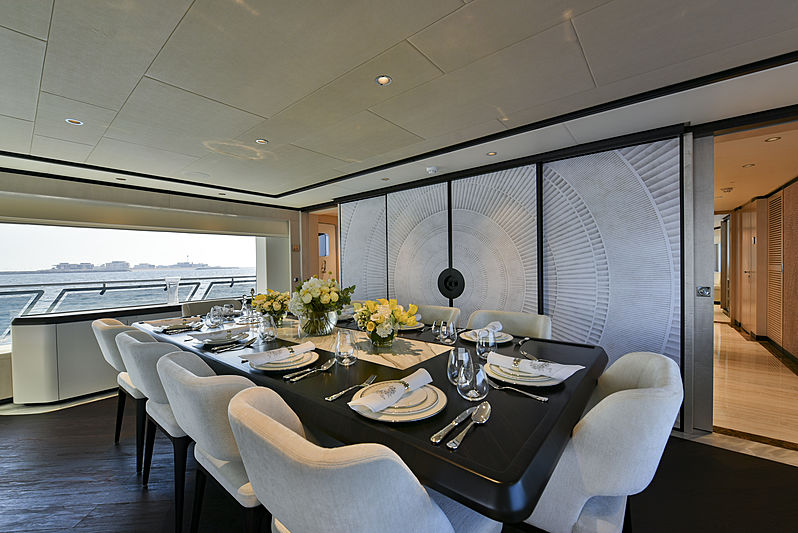 Photo: Gulf CraftAfter months of R&D, the Majesty 120 boasts 30% larger outdoor entertainment areas compared to its predecessor. Making the most of this space is the interior designer Cristiano Gatto, who devised a layout for up to 10 guests to stay in five staterooms in an inventive asymmetric design. 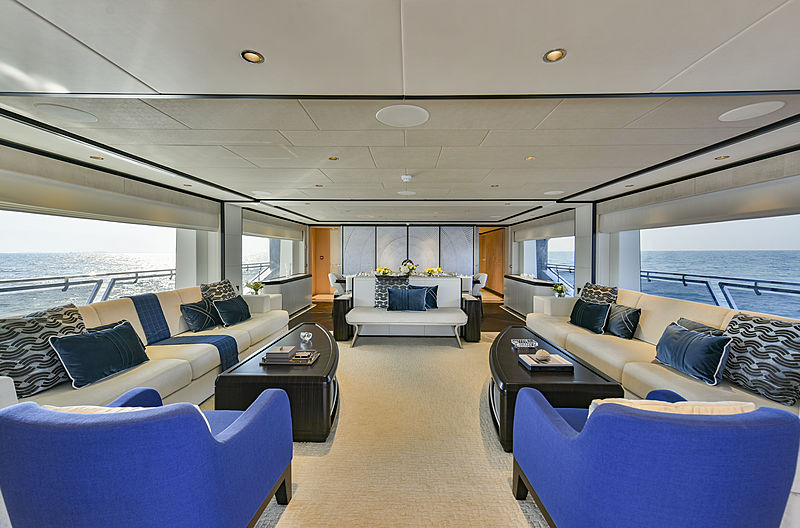 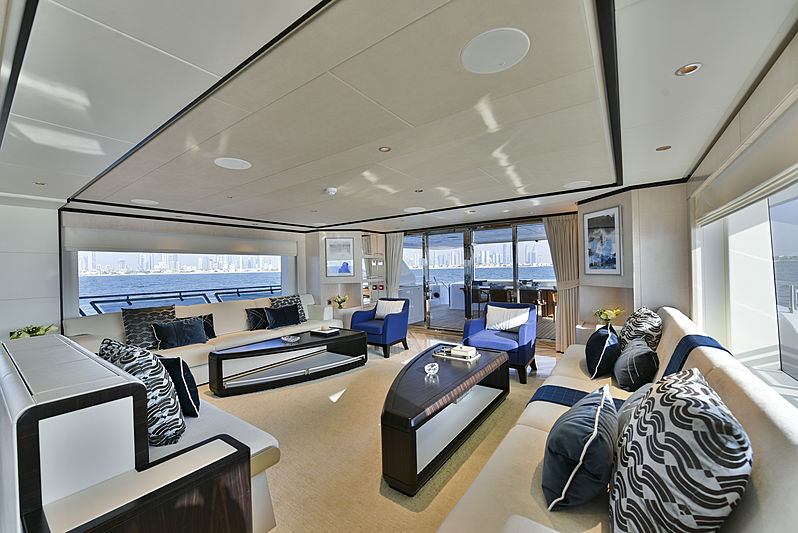 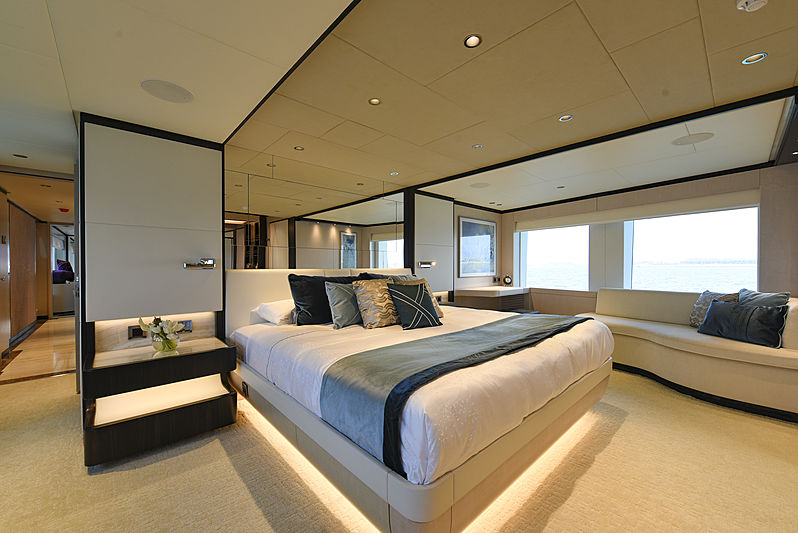 Photo: Gulf CraftThe lower deck features a lounge space in between the guest rooms for families and children to enjoy their time onboard. A total of seven crew are also accommodated for on the lower deck. 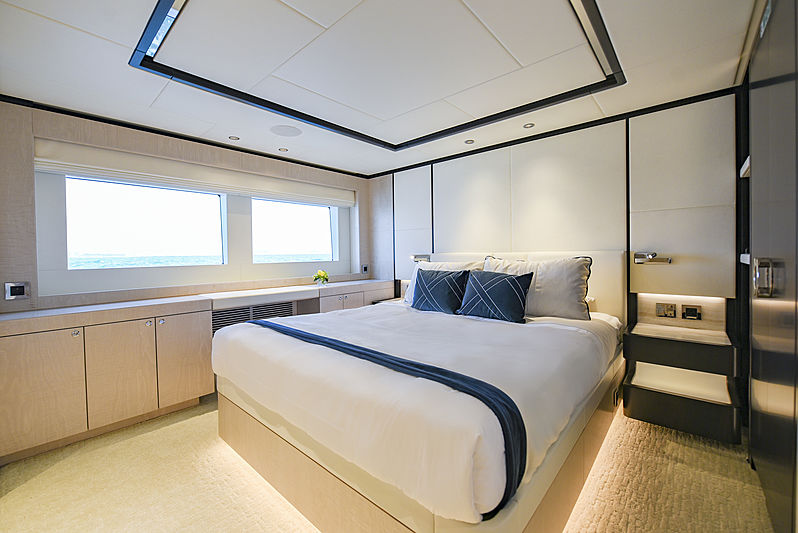 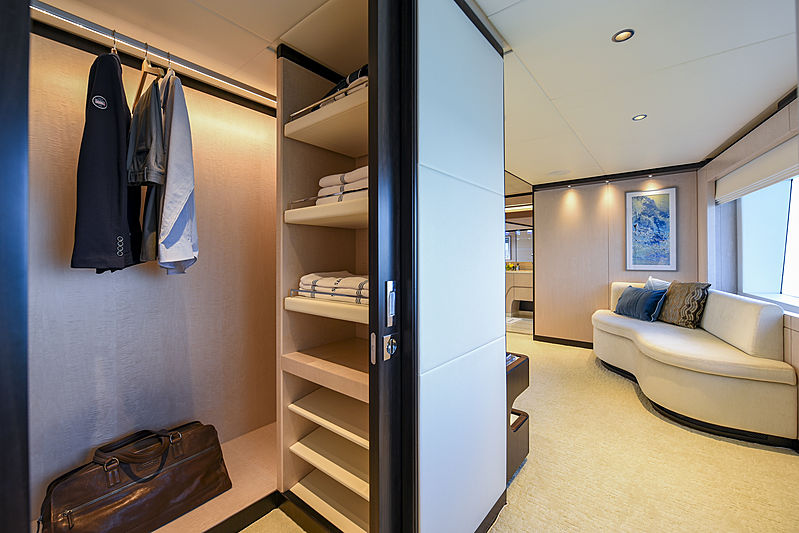 Photo: Gulf Craft“For me, the Majesty 120 perfectly captures the direction in which this innovative brand is heading with her dynamic profile, balanced outdoor spaces and sophisticated interiors that are all designed with true yachtsmen and women in mind,” explains designer Cristiano Gatto. 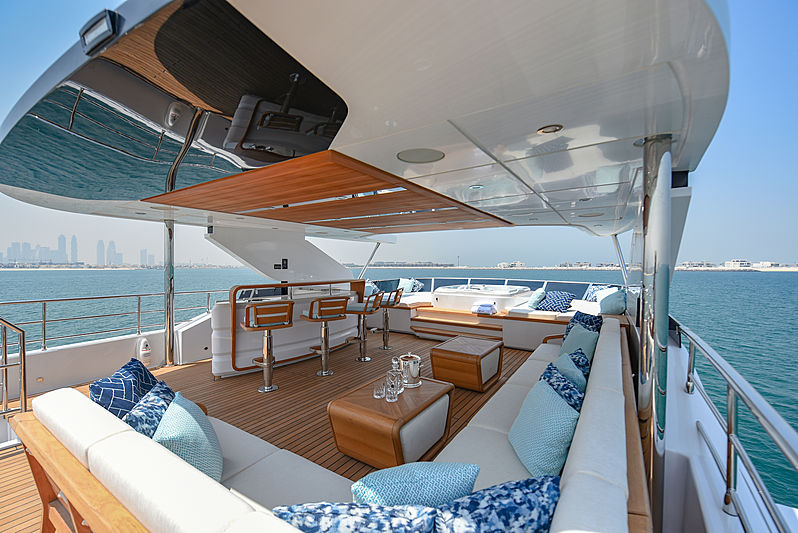 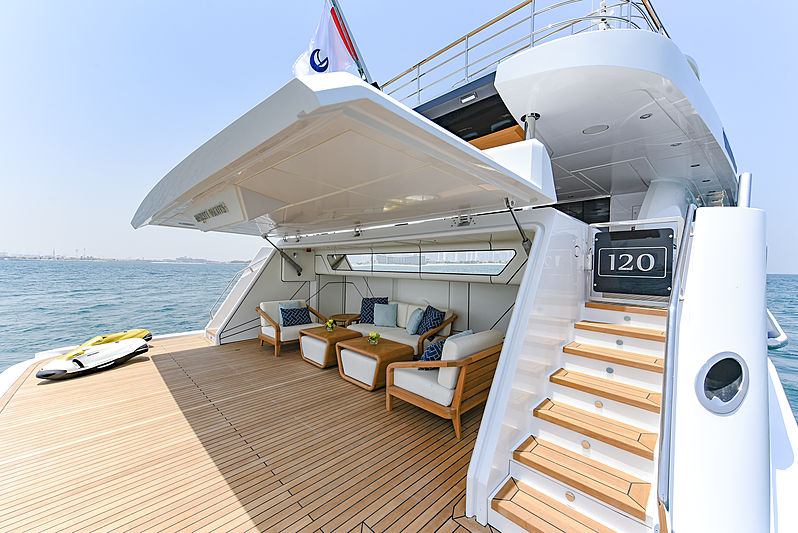 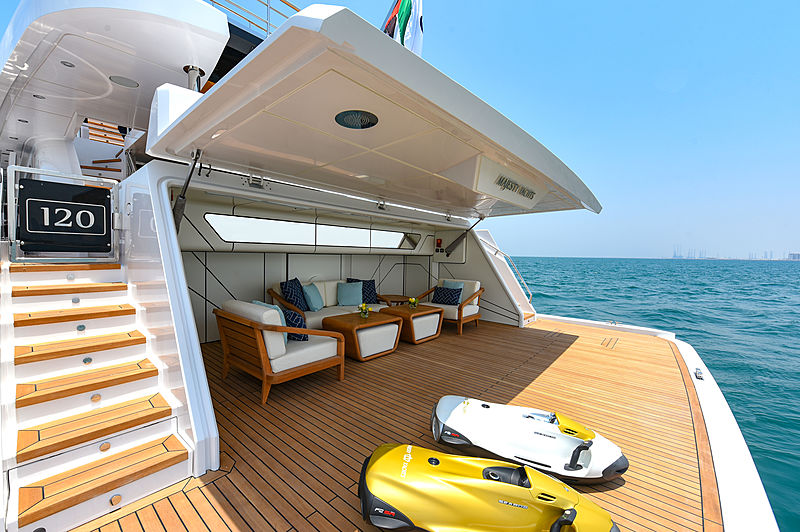 Photo: Gulf CraftGuests can also find a Jacuzzi on the sun deck as well as a ‘hybrid’ beach club, which can be converted to a tender storage unit to ensure maximum fun on the water. 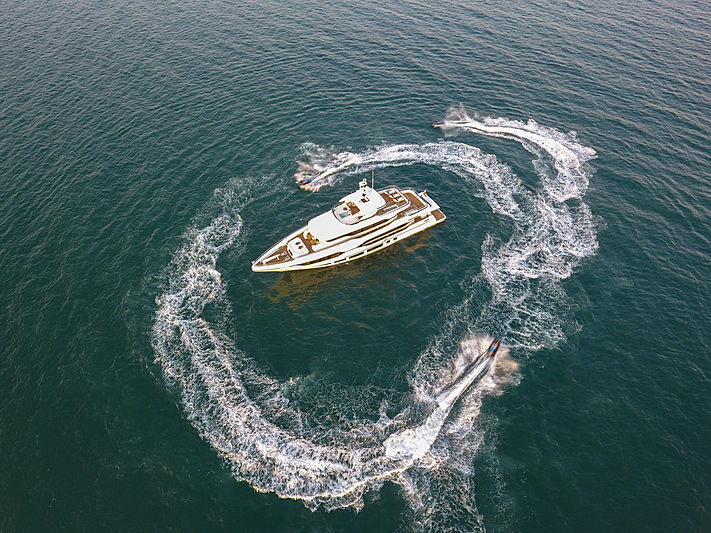 Insight: Interview with the new Acting CEO of Gulf Craft