Home > News > OceanXplorer: Inside the world’s most advanced research vessel

After a shake-down voyage in the Norwegian fjords last month, the research vessel OceanXplorer has now set off on her maiden mission in the Red Sea where scientists and leading researchers will study the global-warming-resistant super corals found in the region. As the vessel prepares to be featured in an ambitious six-part National Geographic series called Mission OceanX, we get a look inside this high-tech ship that is dubbed the ‘most advanced research vessel in the world’. 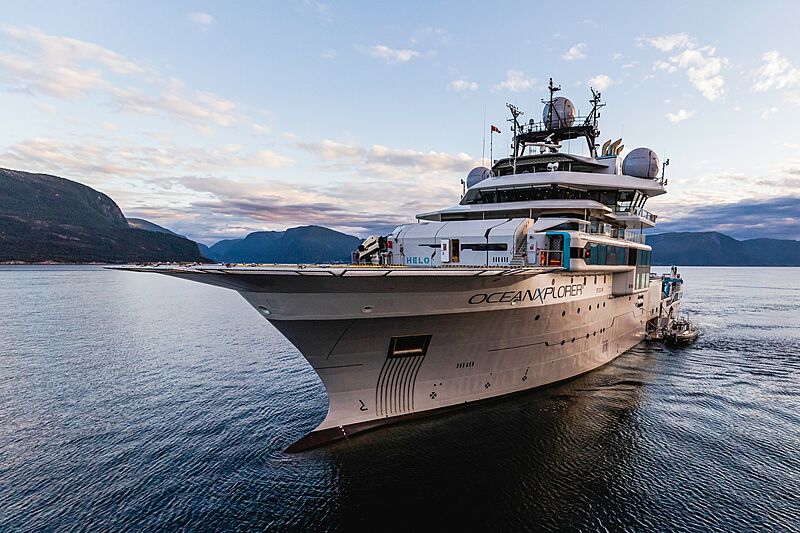 With their new-generation research vessel, the Dalio family is looking to bring the same level of excitement and global interest in ocean exploration as space exploration enjoys. With 80% of the world’s oceans still unmapped, life below the surface remains just as alien to humans as extraterrestrial life in far-away galaxies. By combining the expertise of world-class researchers, scientists and filmmakers, the OceanX initiative will bring to light the extraordinary world that is teeming with life below the waves.

“The ship OceanXplorer will take ocean explorers to never-before-seen undersea worlds and allow them to beam back what they encounter via social media, digital experiences, and a TV show,” said Ray Dalio, coFounder of OceanX and President of Dalio Philanthropies. “It will be mind-blowing.” 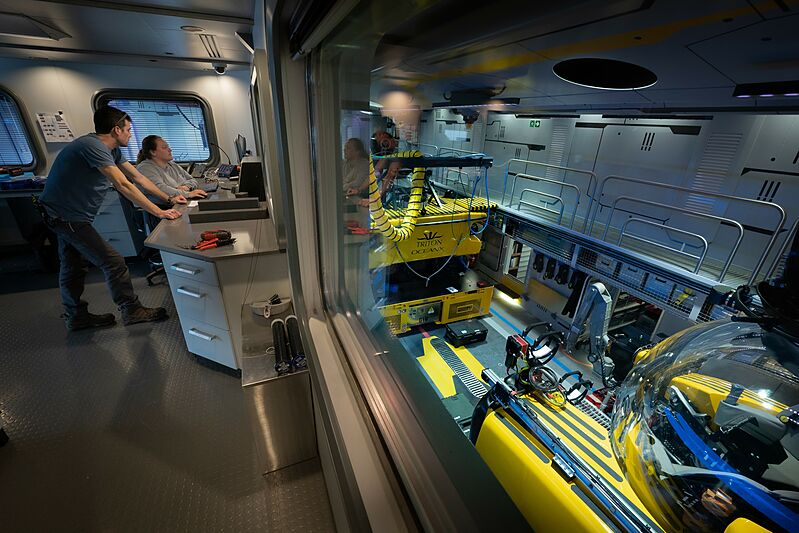 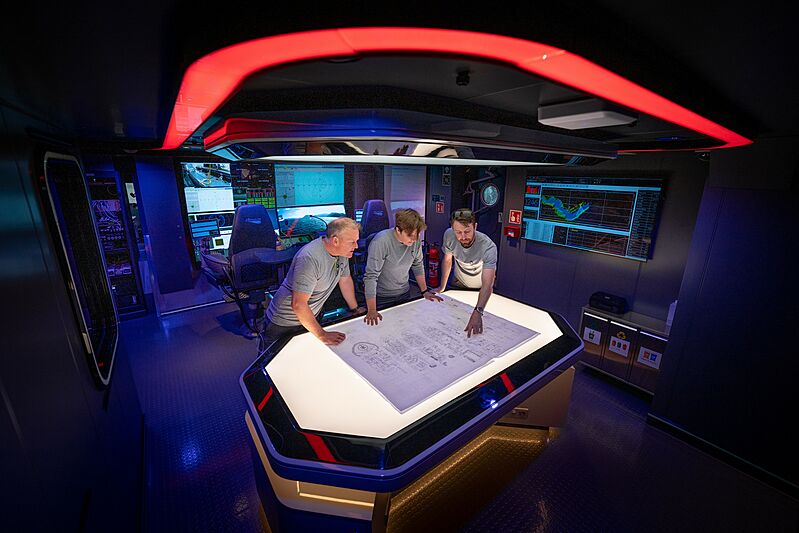 With her origins in offshore surveying, R/V OceanXplorer started life in 2010 as the Volstad Surveyor - an advanced platform that served as the ideal foundation on which Damen Shiprepair in Rotterdam could build the new expedition ship we see today. The open aft deck design of the ship made it possible to fit a 40-ton A-frame crane, an essential part of the ship’s operations which deploy and retrieve OceanXplorer’s two custom Triton manned submersibles, each with a diving depth of over 1,000 metres. An amidships hatch to starboard is where a Remotely Operated Vehicle (ROV) and Autonomous Underwater Vehicle (AUV) is launched that can be operated at 6,000 metres below sea level, unlocking a new level of ocean exploration. 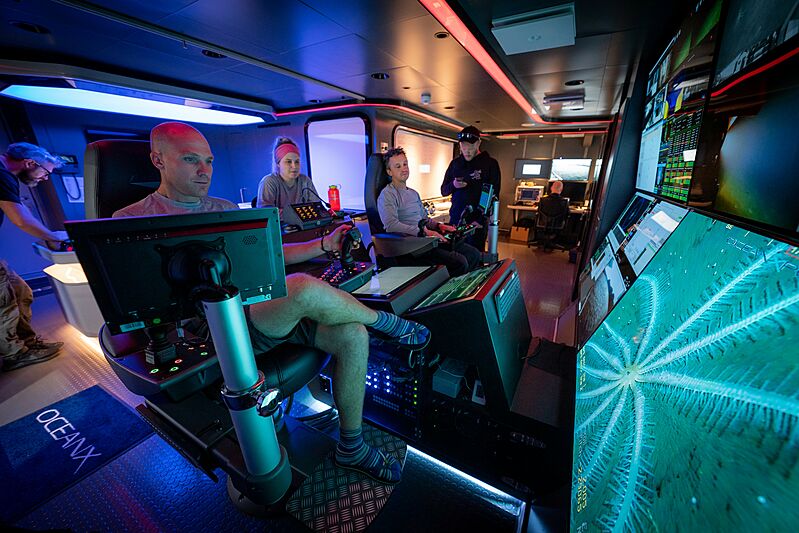 Aerial scouting missions and remote location drop-offs are made possible by OceanXplorer’s live-aboard helicopter which is stowed in its own climate-controlled hangar on the foredeck in between flights. Both the ship’s helicopter and fleet of submersibles are capable of recording 8K RED footage and provides live-streaming solutions that can share never-before-seen scenes directly to classrooms as it happens. 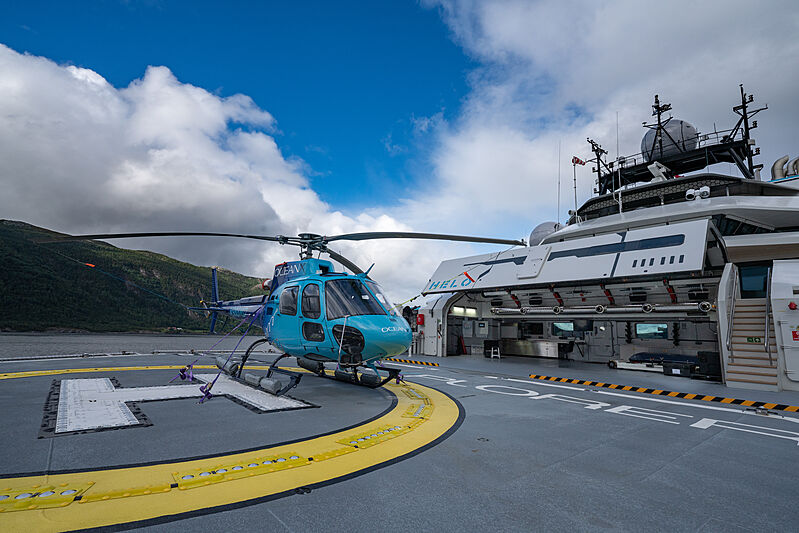 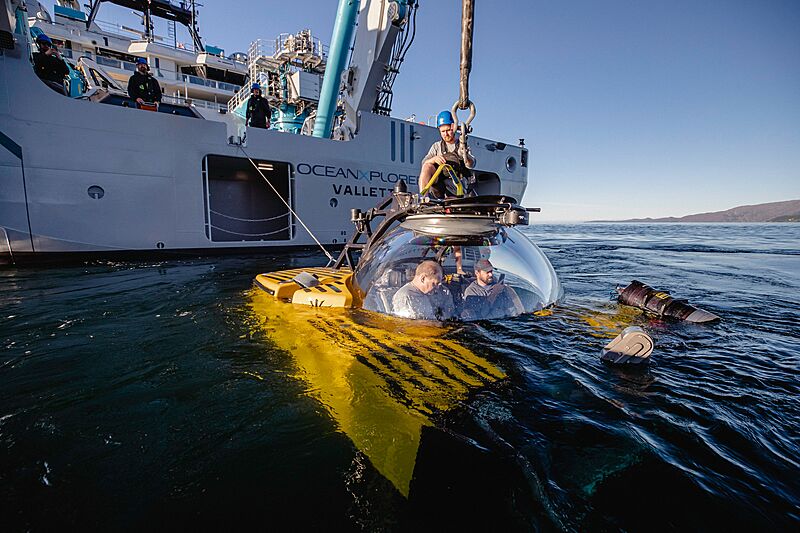 In consultation with legendary filmmaker James Cameron, OceanXplorer was designed with Hollywood-quality productions in mind and comes pre-fitted with custom filming and lighting rigs around the ship, not to mention a world-class editing suite and communication centre to get groundbreaking marine research out to the world as efficiently as possible. “At OceanX, we’ve long believed in and worked to harness the transformative power of media every day,” said Mark Dalio, Founder & Creative Director of OceanX. “OceanXplorer will allow us to pair science and media together like never before and share the excitement and wonder of ocean exploration with a global audience in real-time.” 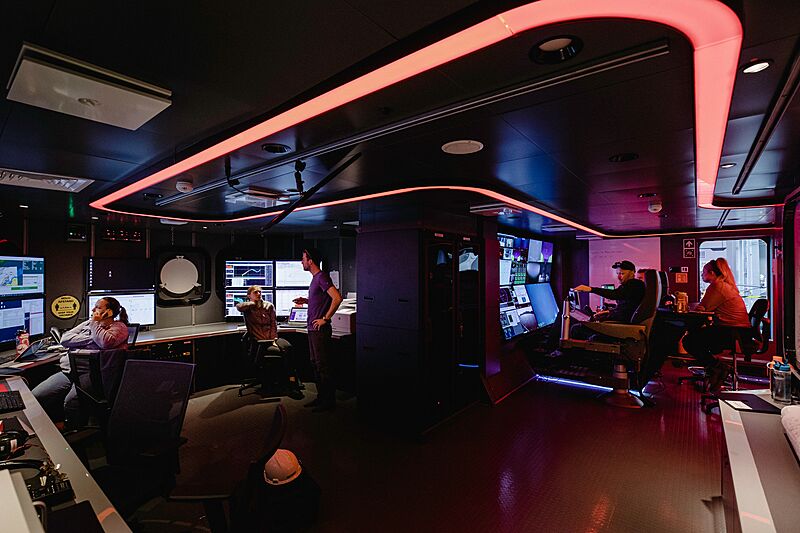 Inside the ship, researchers have access to advanced wet and dry labs to study and further document the behaviour of species collected by the ROV or submersibles which are operated and overseen from the high-tech control room. These technical areas on board, including the sub hangar, are all the design work of Gresham Yacht Design. 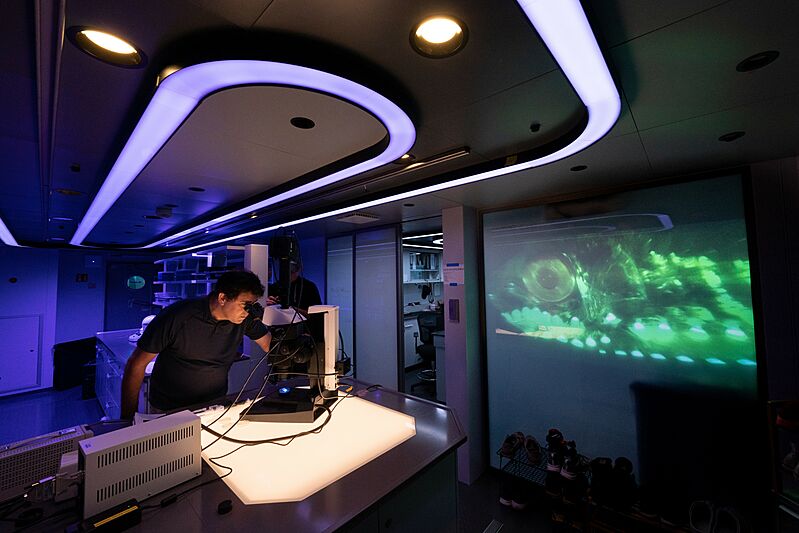 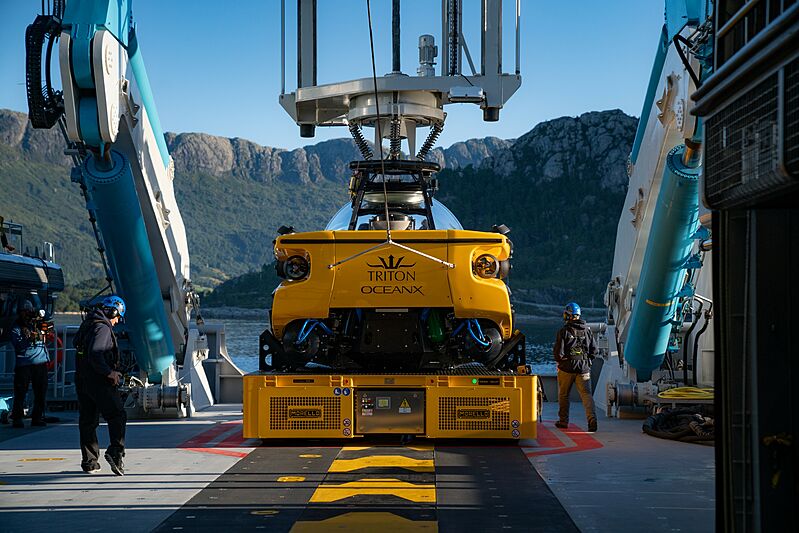 Co-produced by OceanX Media, BBC Studios and James Cameron, Mission OceanX will be aired in 171 countries and 43 languages on National Geographic, with the first season to put a focus on the North Atlantic Ocean. The aim of the recurring series is to feature a different ocean each season. 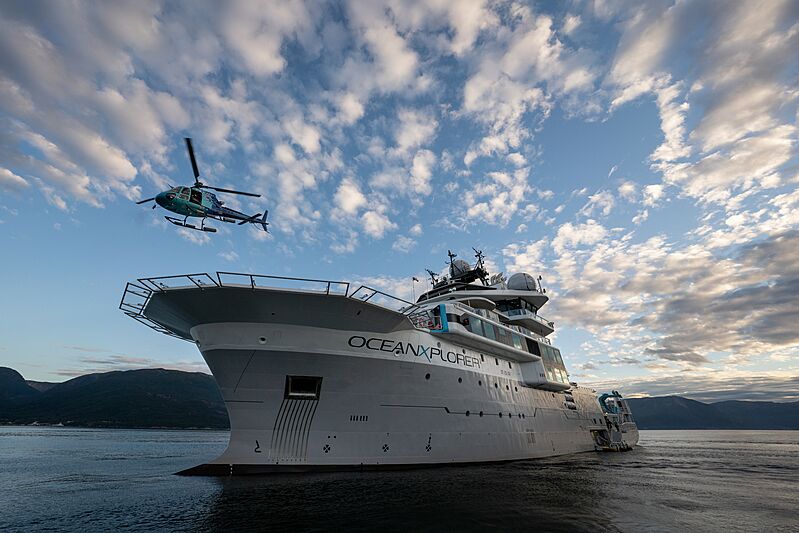 OceanXplorer: The world’s most advanced research vessel in action