One year after Sanlorenzo unveiled its flagship 64Steel superyacht Attila, the yard prepares for the completion of another 1000 GT+ project as the launch day of the first 62Steel approaches. With construction on the project temporarily paused as La Spezia and the rest of Italy remains under lockdown, we take a look inside this elegant superyacht project of which three units are already under construction. 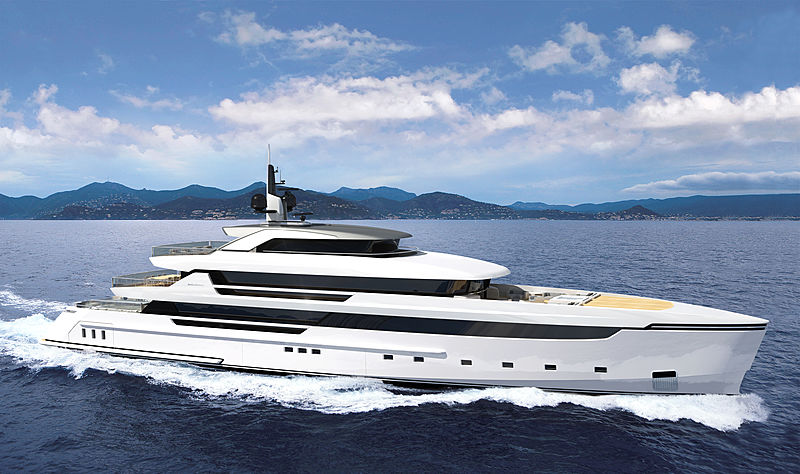 With outfitting having begun in September 2018, this first unit of the 62Steel line bears a striking resemblance to her older and bigger sister (1,600 GT) Attila. These vessels share the same technical platform designed by Sanlorenzo, which can be extended as a base for projects up to 70 metres according to the shipyard. With one fewer deck than the 64Steel, the 1,200 GT 62Steel sports a more elegant and balanced profile by Mauro Micheli, sacrificing an open sundeck and the extended upper deck found on her bigger sister. 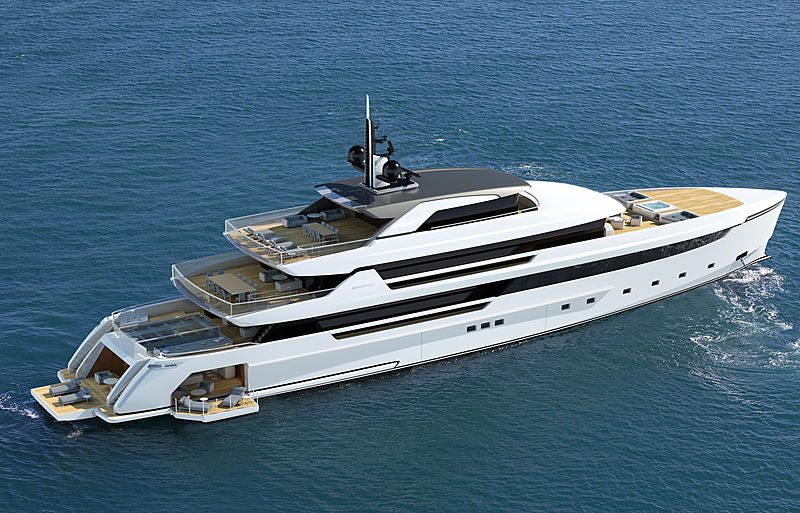 Despite this, guests still have an impressive amount of space on offer for a 61.5-metre motor yacht. The spacious owner’s apartment of 210 square metres is a real standout feature and covers 97 square metres of interior space. The master suite comes with a his-and-hers bathroom layout and a separate walk-in dressing room and leads out directly onto a private 123-square-metre terrace with its one pool and outdoor lounge area. 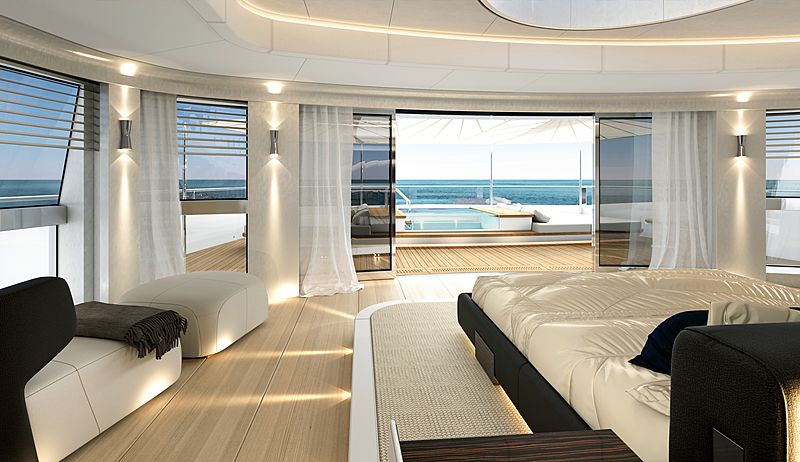 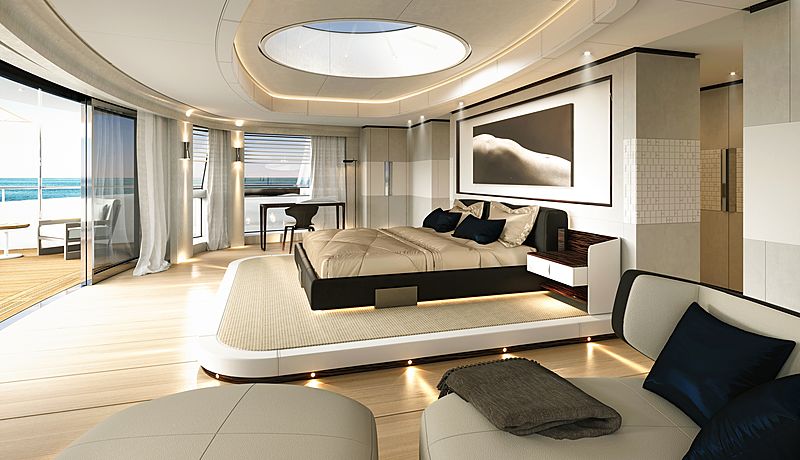 Interior layout options include a five or six stateroom arrangement for a total of 12 guests, with 14 permanent crew members housed in separate quarters on the lower deck. 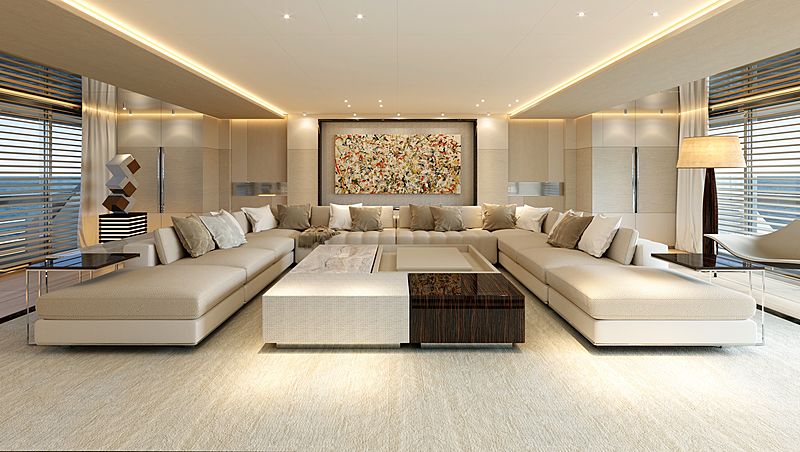 Much like Sanlorenzo’s 52Steel and 64Steel layouts, the usually deserted main deck aft space has been designed to house the yacht’s oversized pool finished with a glass bottom - a feature that has now become standard on all of the yard’s largest superyacht projects. This allows even more light into the beamy beach club below that opens up three ways for a versatile array of layout options. Standard options include a water level lounge area, wellness and fitness centre as well as a bar area. 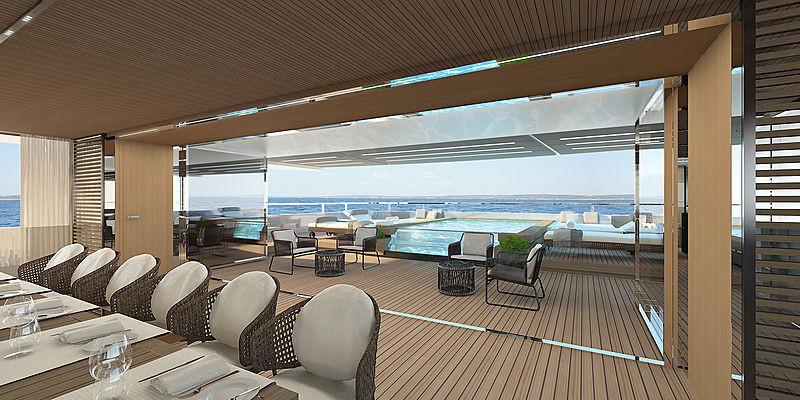 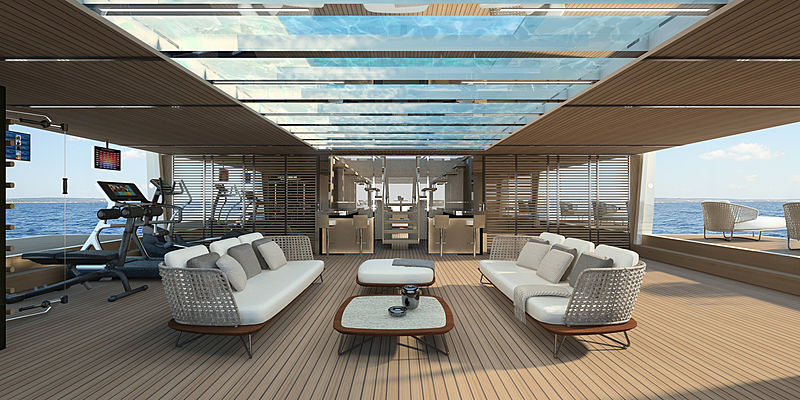 Other guest features to look forward to include a jacuzzi plunge pool on the sun deck and a state-of-the-art cinema experience. In addition to the large tenders stored on boars, the 62Steel also comes with a touch-and-go helipad on the flush foredeck for easy guest transfers. 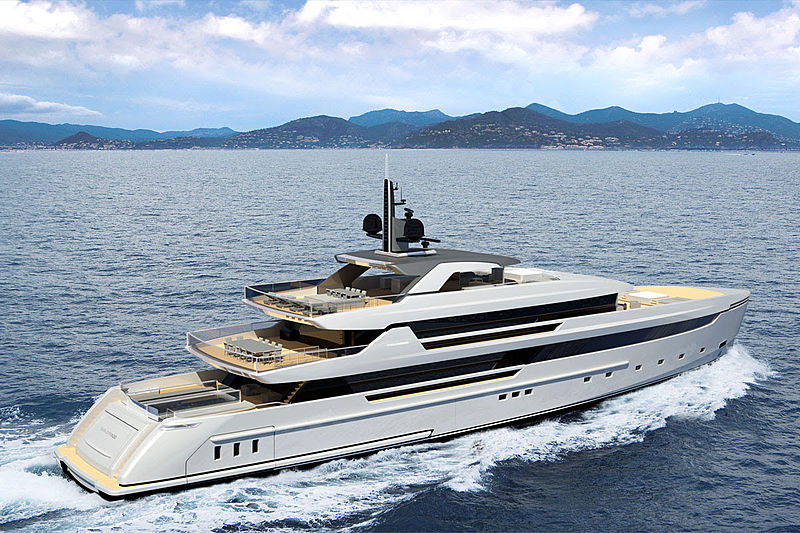 In terms of performance, the 62Steel comes fitted with twin CAT 3512 C diesel engines and is predicted to reach a top speed of 16.5 knots.

Of the three units currently under construction, two have already been sold with the second unit expected in April 2021, while the third project remains for sale with a scheduled delivery time in 2022.