Home > News > On board the high-speed 34m yacht Fatamorgana

Those who have a need for speed may already be well acquainted with the Mangusta 108 series. However, now the 33.48-metre Fatamorgana is up for sale, SuperYacht Times gets to lift the lid on the high-performance yacht to see what else makes the Italian build so popular. 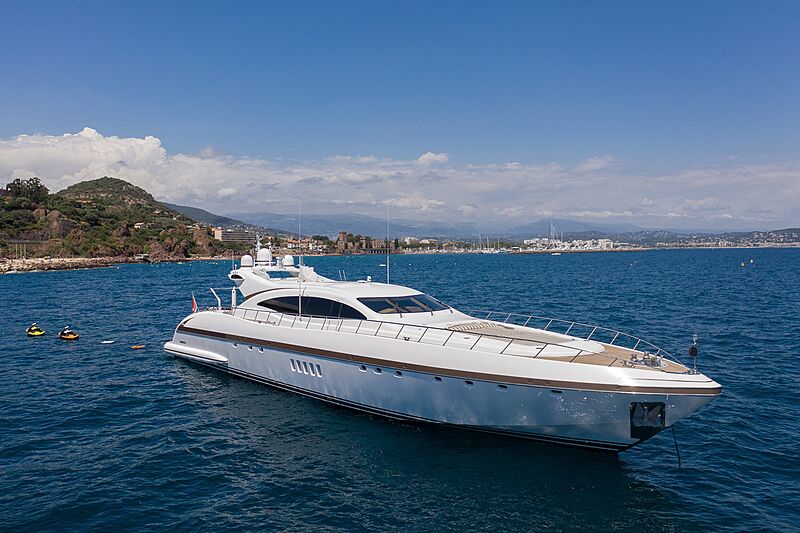 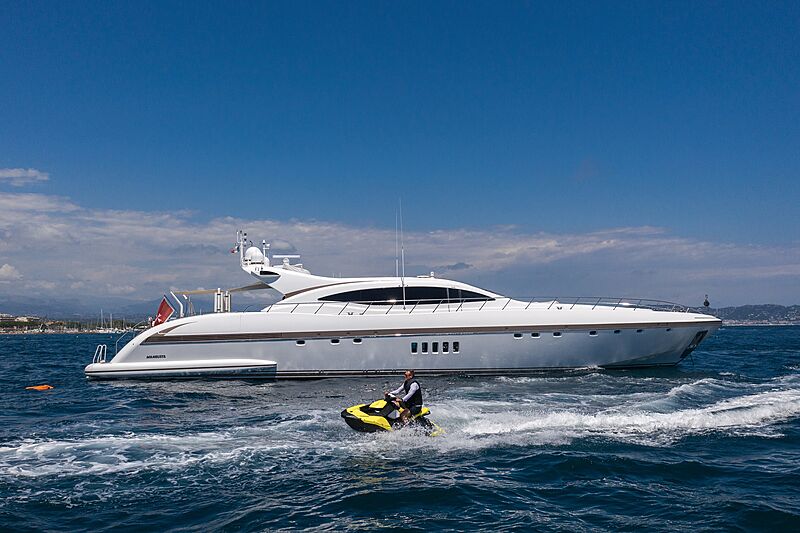 Photo: Yvan Grubski / Copyright Imperial As hull number 19 of the sporty Mangusta 108 series, Fatamorgana is far enough down the line to have a recognisable and refined design by Overmarine and Stefano Righini Design. Her aggressive lines are unique to the Mangusta 108 and complement her ability to whizz guests across the water to speeds up to 33 knots. Fatamorgana is on the market for the first time, offering the opportunity for others to feel the power of her twin MTU 12V 4000 M90 diesel engines, which at 2,750 hp each, guarantee some high-speed thrills. 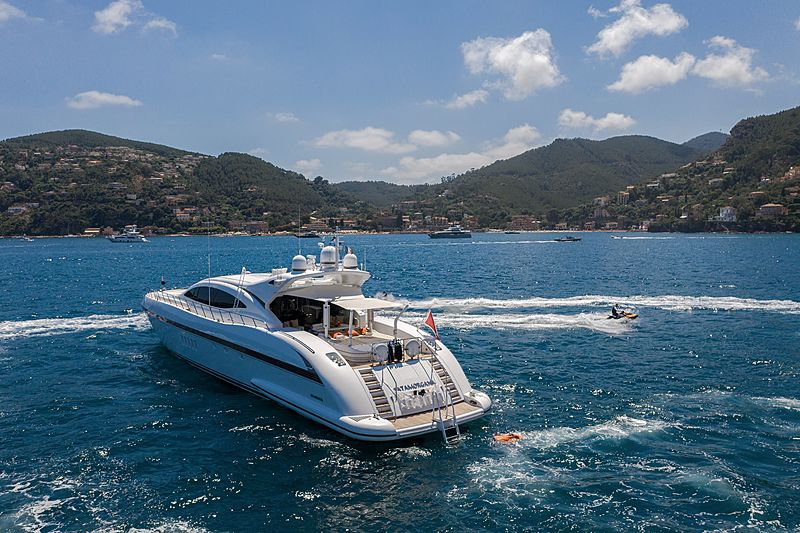 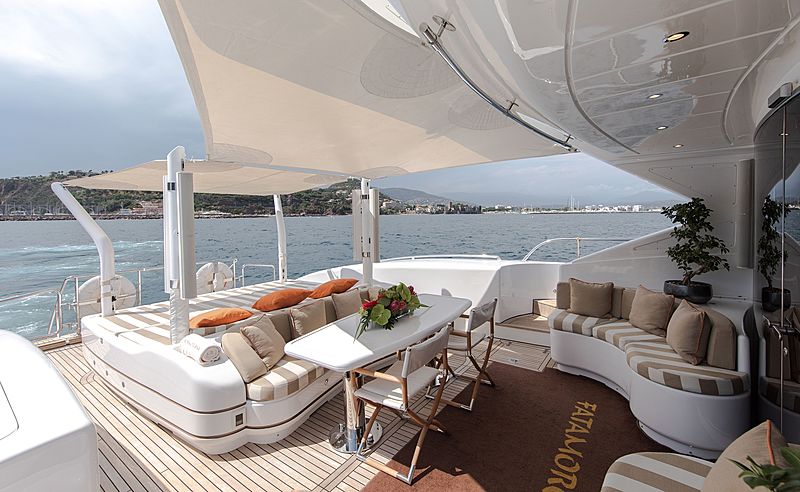 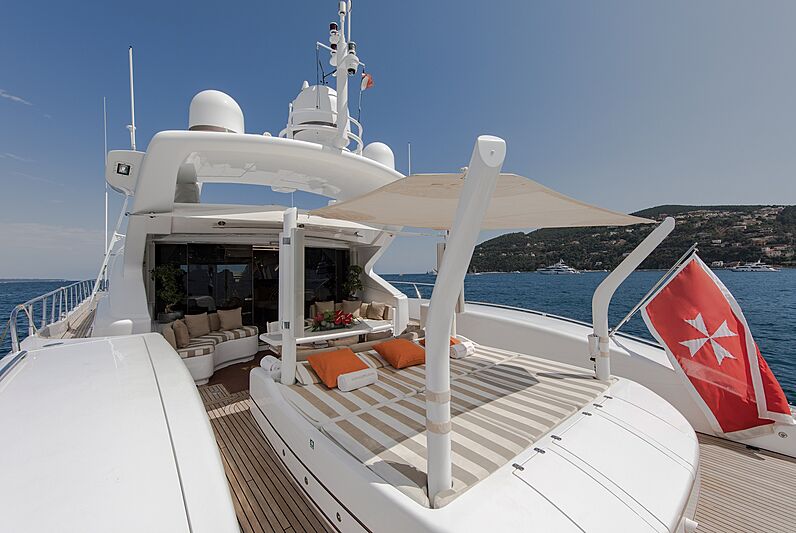 Photo: Yvan Grubski / Copyright Imperial Being a market first-timer also means she is in perfect condition, especially after having been updated annually and now boasting a completed 15-year survey. Her first owner took delivery of Fatamorgana in 2005 and has since run up a minimal number of engine hours – 2,400 to be exact.

Moving inside, Fatamorgana still has her original interior design, which is a balanced and harmonious design that can be easily customised by her new owner. The balance is thanks to the choice of a neutral palette with varnished dark wenge wood furniture and flashes of accent colours. A fine example of this is the main-deck saloon with its hard-wood floors, bar, seating and dining area. Here, guests benefit from the retractable hard-top roof and if they wish, can get a look at what’s going on at the helm station which is cleverly concealed by a super wide-screen television. 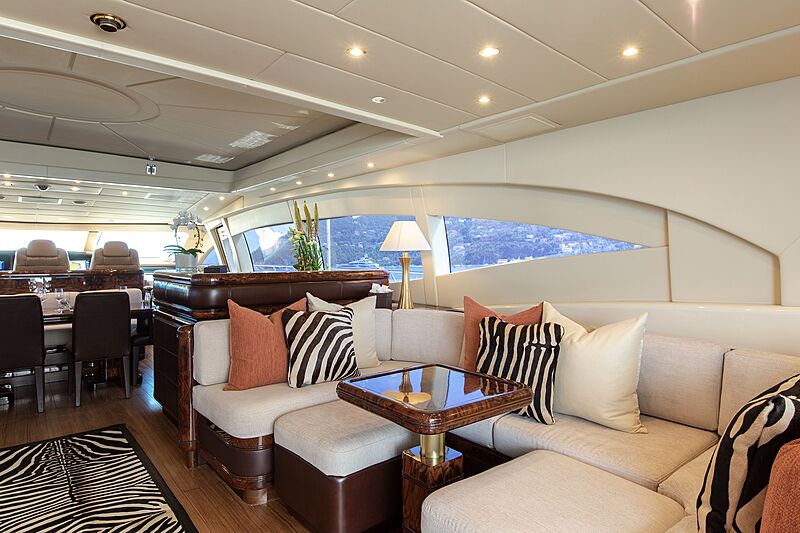 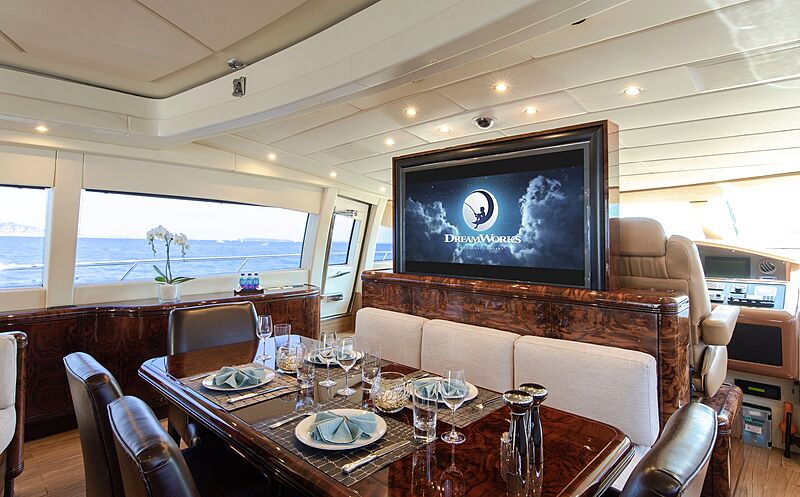 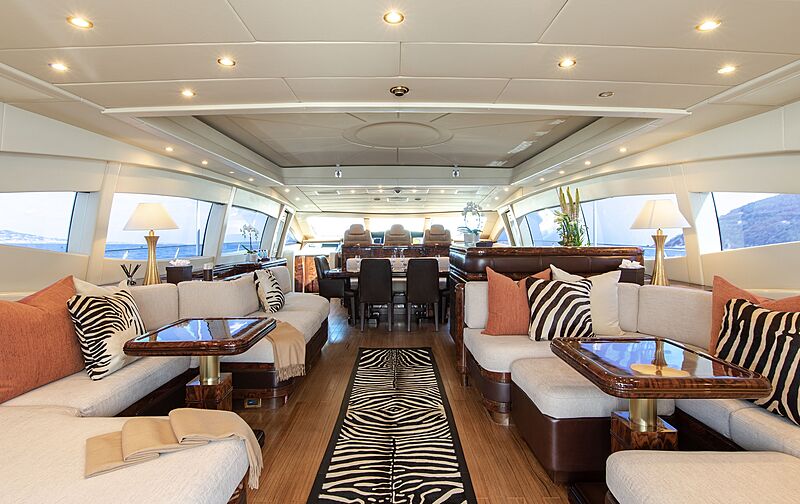 Photo: Yvan Grubski / Copyright Imperial The main saloon is seamlessly connected to the aft deck, where guests can gather for any occasion, be it to relax and bathe in the sun with music playing from the surround-sound system or to enjoy a meal around the central dining set-up. The foredeck appeals to those guests who prefer some privacy to laze in the sun and take in the surroundings on the large sunpads and if so desired, create some shade with the folding sunshade. 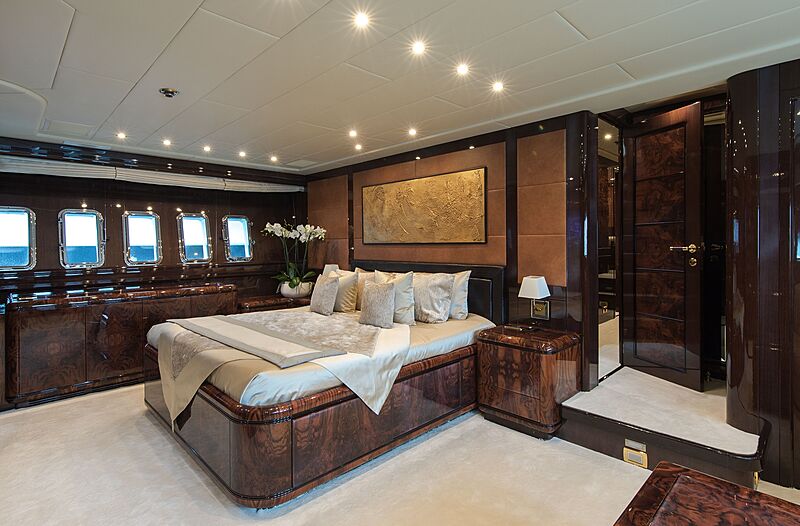 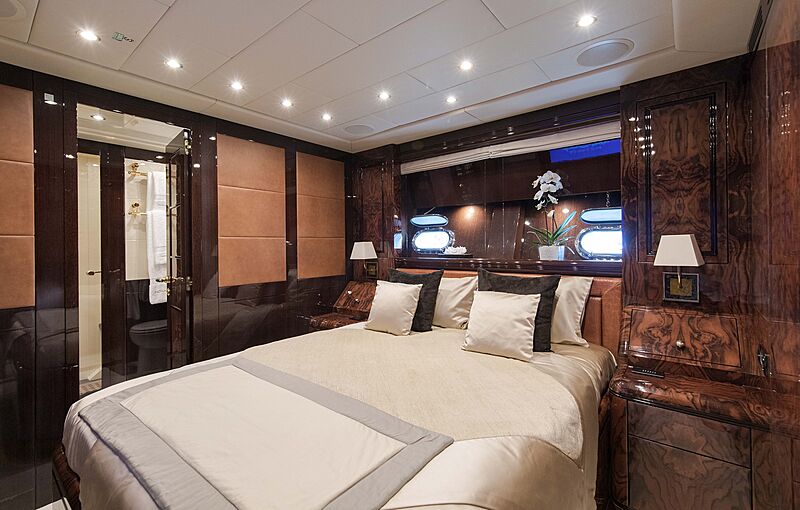 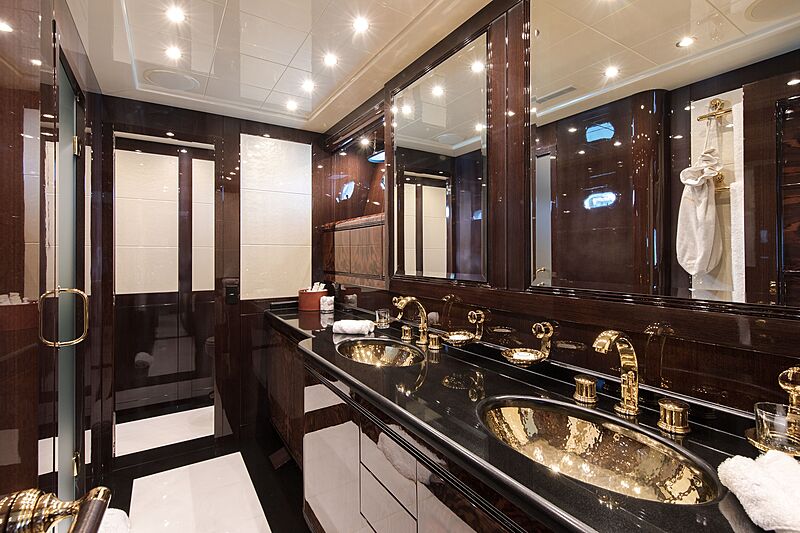 Photo: Yvan Grubski / Copyright Imperial After a day out on the water, guests can retire to one of the yacht’s four staterooms via the main staircase and carpeted grand hallway. On the yacht’s lower deck, a full-beam master suite, two VIP and one twin stateroom can be found. The five permanent crew members are accommodated in three lower-deck cabins along with the crew mess and galley – an interior layout that the new owner will find allows for the guests and crew to be conveniently separated. 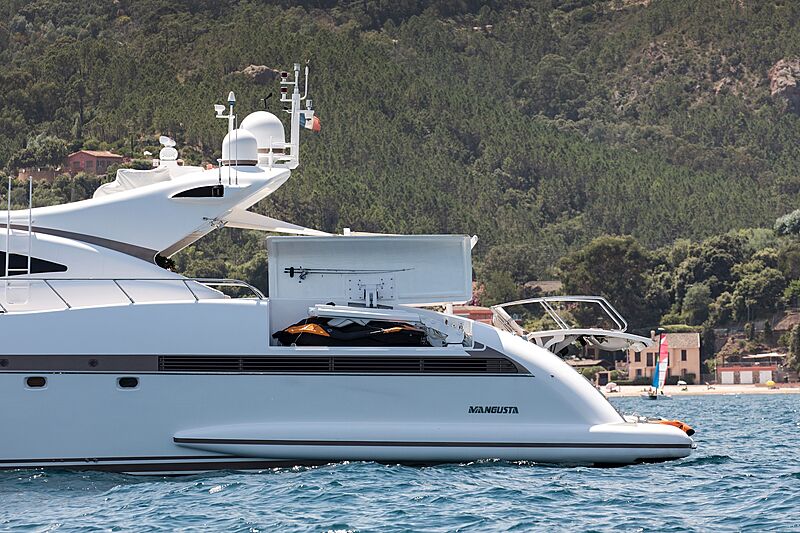 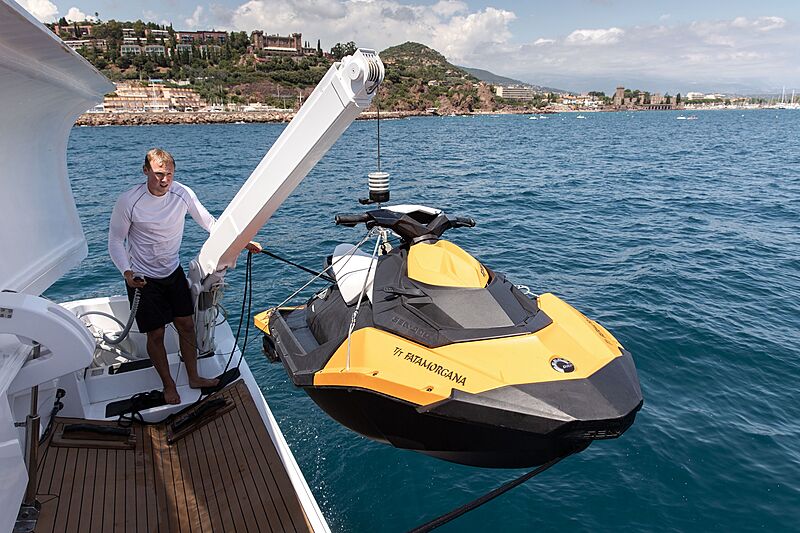 Photo: Yvan Grubski / Copyright Imperial To find out more about Fatamorgana, contact her central agents Imperial directly via the details given below.

A day on board the 106m superyacht Amadea in Abu Dhabi