Since hitting the water in early spring, the latest Amels 180 Limited Edition superyacht Galene has spent her first summer in the Mediterranean. SuperYacht Times steps on board to take a closer look at the design work of Tim Heywood and Laura Sessa Romboli before she heads to the Caribbean for the winter. 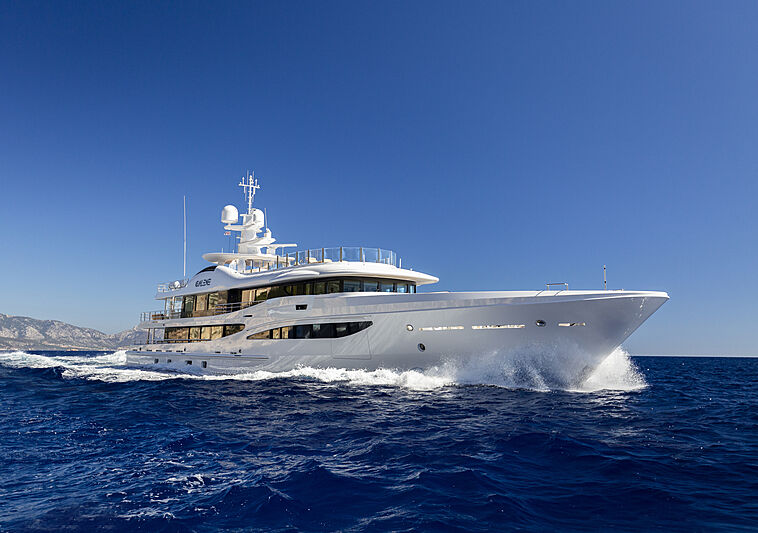 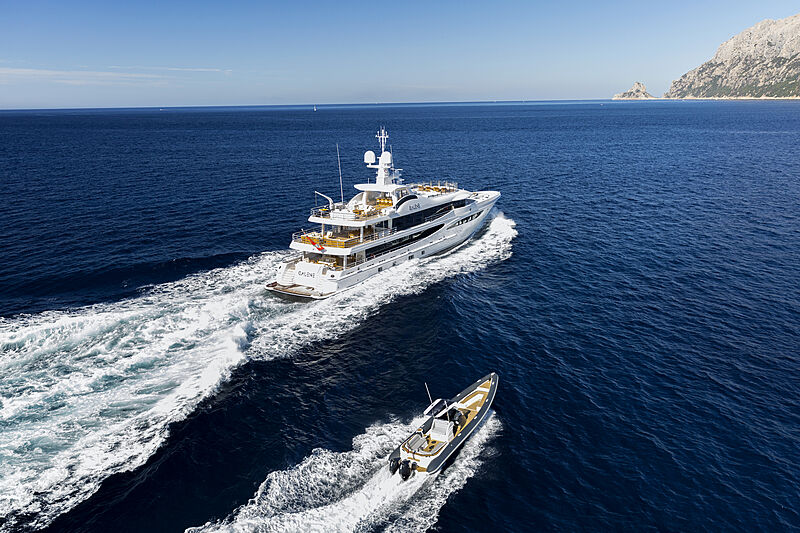 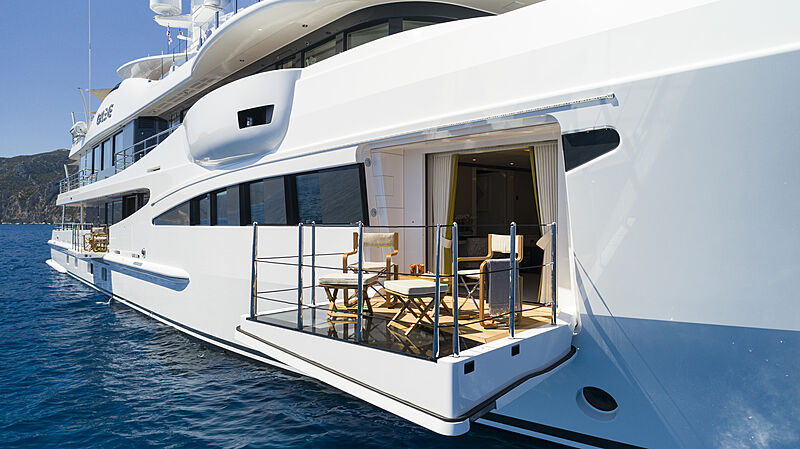 Photo: Y. COWith her Greek name meaning serenity and tranquillity, Galene has calm and light interiors to complement the 25th Amels 180 series platform she was built with. The design includes a large sun deck which – with its optional awnings, bar area and large Jacuzzi – is one of Galene's standout features. 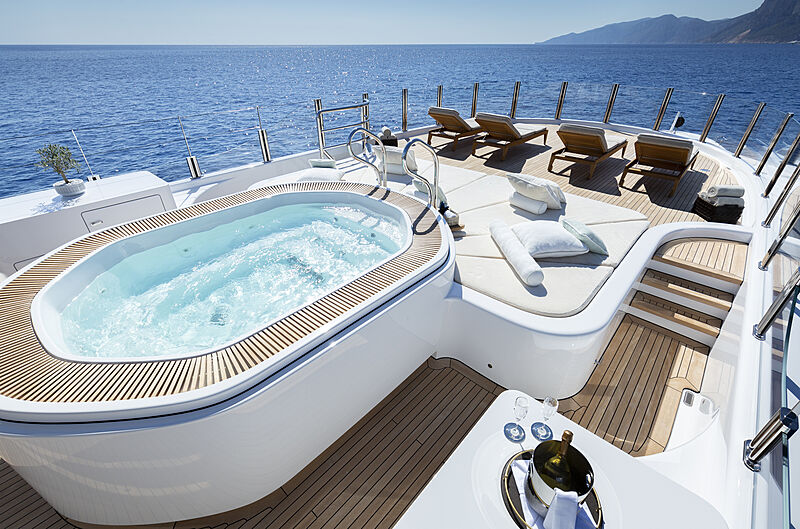 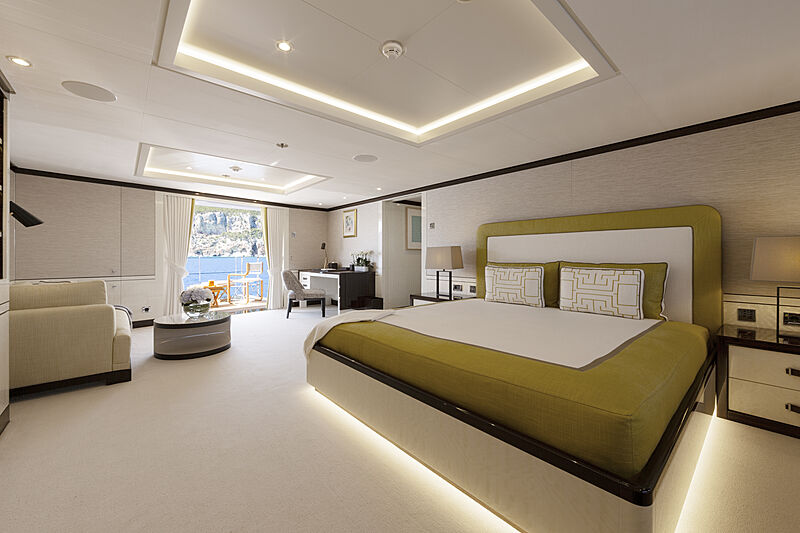 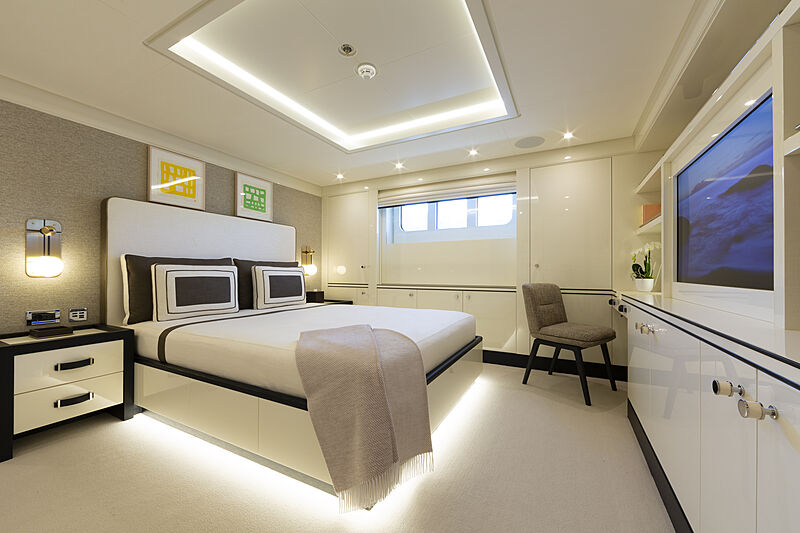 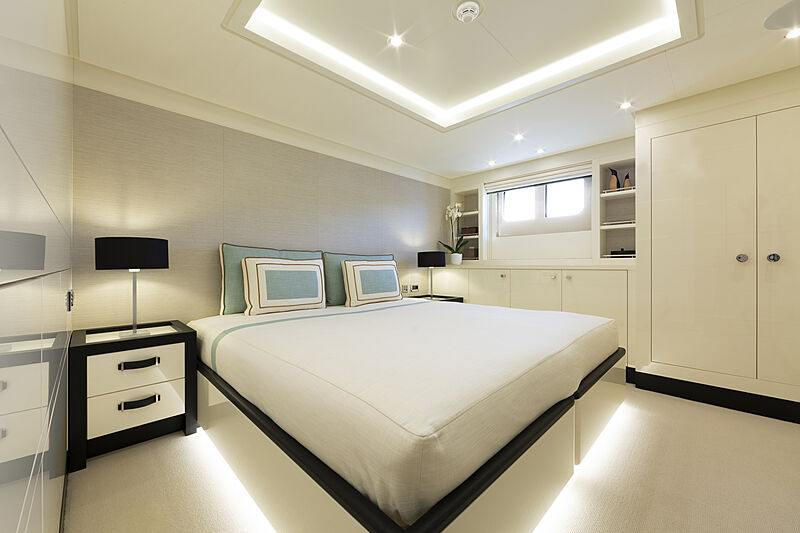 Photo: Y. COUp to 12 guests can be accommodated overnight in five staterooms, including the full-beam master suite. Those who occupy the owner's stateroom will be treated to the use of its fold-down balcony, the his-and-hers bathrooms and large wardrobes. Just like the rest of the yacht, the accommodation is decorated with an understated art-deco flair – a recognisable trait of the Laura Sessa design. 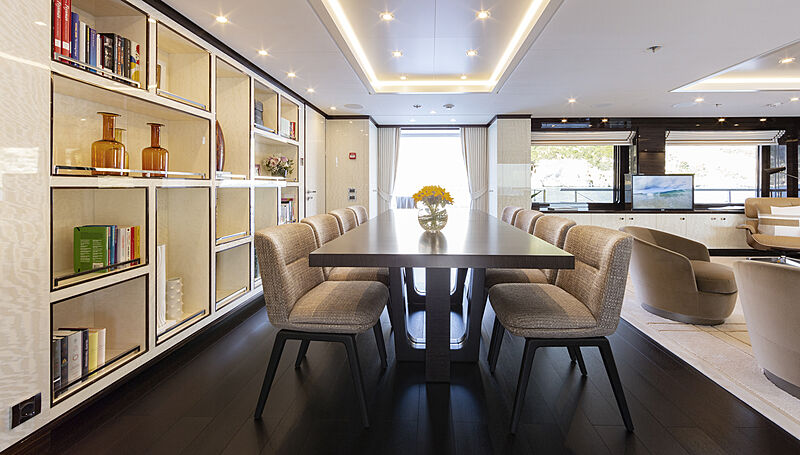 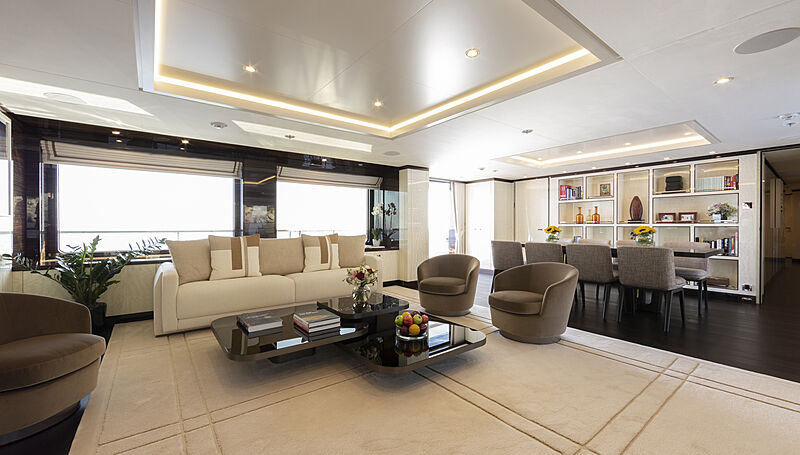 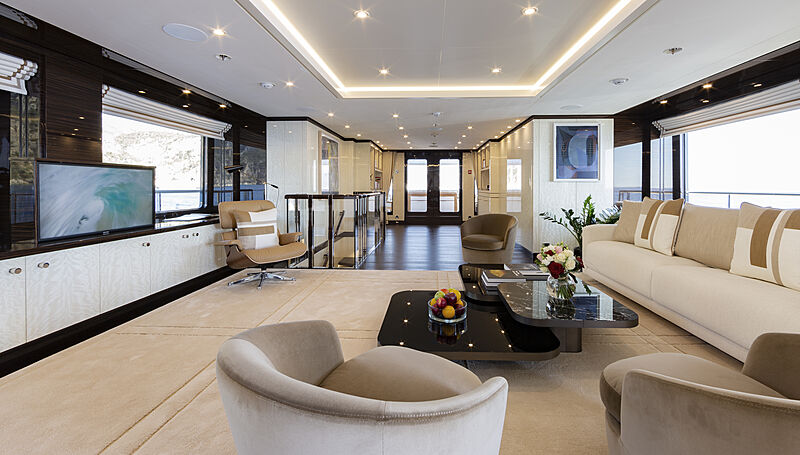 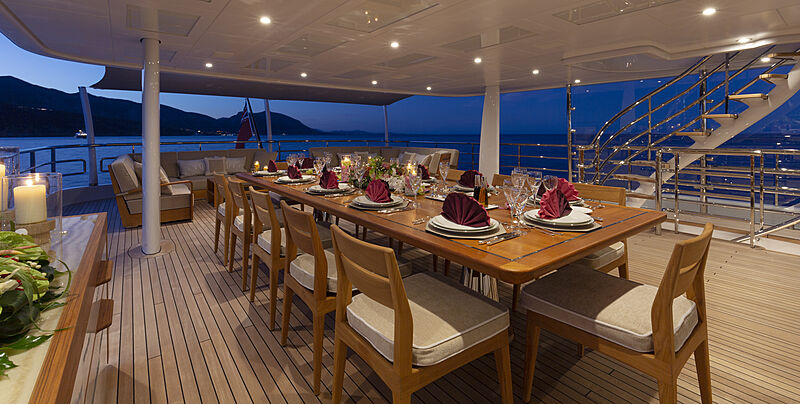 Photo: Y. COWith a team of 13 on board, Galene is looked after by a dynamic crew led by Captain James Verity. The crew have mastered the yacht's extensive toy store and have been taking this season's charter guests out for a spin on the E-foil, Seabobs, wakeboards and windsurfs. Once back onboard, the guests can take to lounging in one of the saloons or outdoor seating areas. 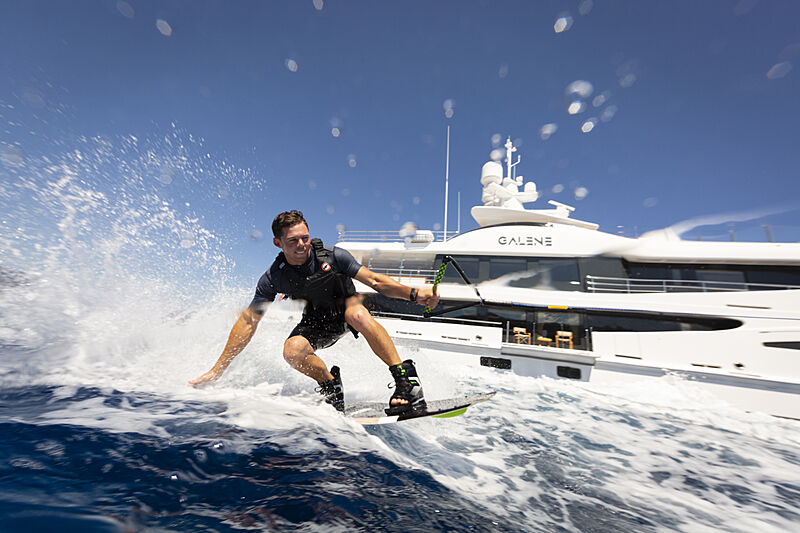 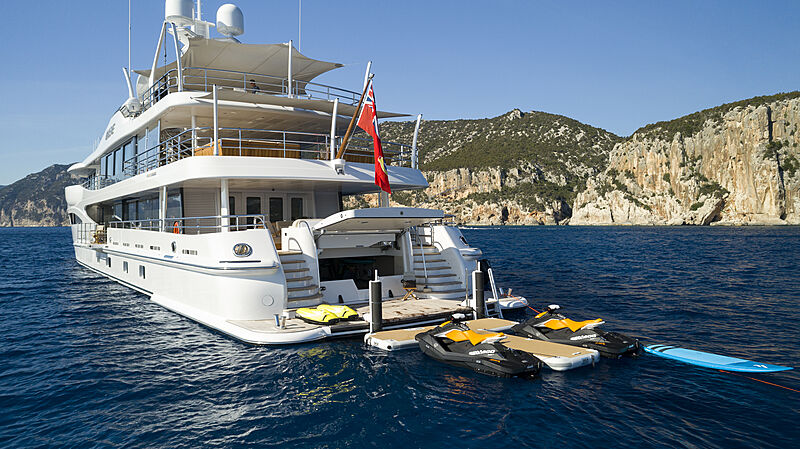