Founded in 1927 in the quaint sailing town of Lymington, Laurent Giles Naval Architects has recently celebrated the milestone of their 90th anniversary in business. With over 1400 yacht projects under their belt, the brand has firmly stood the test of time, a true testament to the generations of support for the brand. We recently sat down with Managing Director, David Lewis, who gave an insight into keeping a small English studio alive for almost a century. 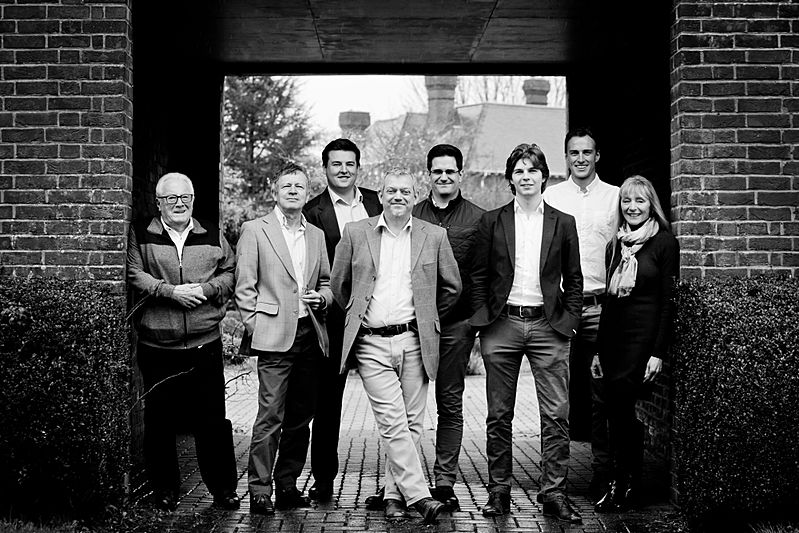 Speaking candidly about his personal journey into the industry, Lewis explains where his passion for yachting really began. “I guess my love for the industry started with a love for sailing, I sailed with my family from a very young age. When I left home I did a boat building course in Falmouth for a year before moving on to do a degree at Southampton Solent University.” Interestingly, it was during this time at university that Lewis was first introduced to the Laurent Giles studio, “One of my lecturers, Stephen Wallis, was a director at Laurent Giles. The week I graduated, he offered me a position and it was from there that my involvement in the industry grew right up until 2008 when I was appointed Managing Director of the firm and became a major shareholder in the company.”

Throughout his time at Laurent Giles, Lewis has witnessed the company’s focus evolve from traditional sailing yachts to high-performance racing yachts and more recently, on to superyachts. Looking at the progression of the brand, Lewis talked us through the history and heritage behind the name. “When Jack Laurent Giles started the business in 1927, many of his early designs were what we would call gentleman’s sailing yachts. Though the performance was always paramount, the yachts of this era were substantially smaller than what they are today.” 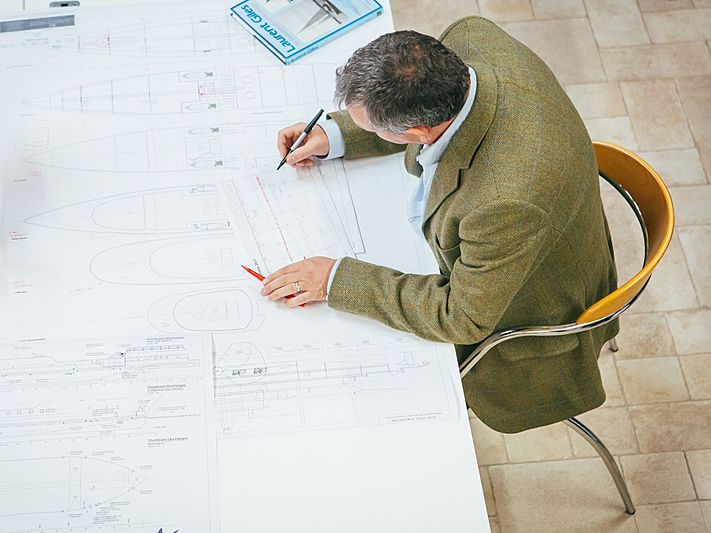 It was during the following years that ‘Laurent Giles’ became more than just a name, and truly evolved into the brand that it is today. “The 60s was a hugely productive design period for the firm with major large yacht projects becoming the norm,” says Lewis. With technicalities at the forefront of design, Jack Giles and his partners went on to embrace greater architectural complexities on an increasingly large scale. “He (Jack Giles) was quite an innovative person, he pursued performance and technology and it is that very DNA and heritage that still drives us today.” Indeed, from pioneering projects such as the 34-metre Blue Leopard to new concepts like the 110-metre motor sailor, Project Atlas, it is easy to see this thread of passion woven throughout the rich tapestry of the studio’s history.

Looking to their involvement in the superyacht industry, it is only in more recent years that Laurent Giles has truly ventured into the larger league. “Though the company has always had a heritage of doing big yachts it was around the year 2000 when we started working with Devonport Management Limited (DML) that we got into the superyacht business.” From the 58.5-metre superyacht The Other Woman to the 77-metre Samar, the designs have continued to evolve both stylistically and structurally yet it remains overwhelmingly evident that whilst the size of boats have grown, their legacy of the brand has lived on uncompromised. 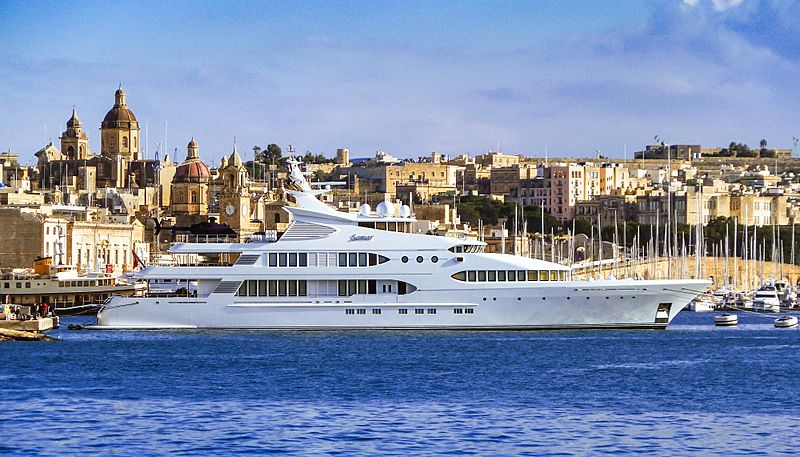 Building on their firm foundations, Laurent Giles has expanded and evolved into a multi-faceted firm of dynamic naval architects, yacht designers and engineers with the skills and services provided by the studio stretching across the boundaries of the various disciplines. As Lewis explains, however, this isn’t the norm, “Back when I started in the industry, the naval architect was also the designer, the engineer, they would have all the skills in their toolbox. Whereas in the superyacht industry these trades have since been divided up.” Though they are commonly overlooked for their role in the design process, Lewis explains their involvement in all aspects. “For quite a long time we focused on naval architecture in the superyacht industry, however, we have always given a lot of support for the designers and for the shipyards, so officially expanding our expertise into exterior design and general design seemed like the natural thing to do.” The combination of practice is where the firm's strengths really lie. “We welcome projects that have a technical idea behind them and we build the design around that. It’s a sort of holistic, naval architectural design process that is behind every product.”

Though this holistic, naval architectural approach has been truly fundamental in the 1400 projects produced by the studio, naval architects still remain the unsung heroes of the superyacht industry (as we spoke about in our last issue featuring BMT Nigel Gee). It is easy to see how the essential architectural input from smaller studios such as Laurent Giles slips under the radar. “A lot of what we do goes largely unnoticed and people are totally unaware of it. It’s difficult to discuss because it is seen as boring, people think it only becomes exciting when you can see, touch and feel a project.” As put by Lewis, “Owners expect their boat to float and we are the people that make that happen. There is a slightly sexy side to naval architecture, it’s not really quite as boring as people think!”

Though clients over recognition remain the primary focus, Laurent Giles’ dedication to innovation and advancements in the yacht building process is interesting. Superyacht design remains highly traditional at the request of owners, yet a strong emphasis of the Laurent Giles studio is the consistent and committed pursuit of the latest developments in new materials and methods, pushing the boundaries of conventional design. 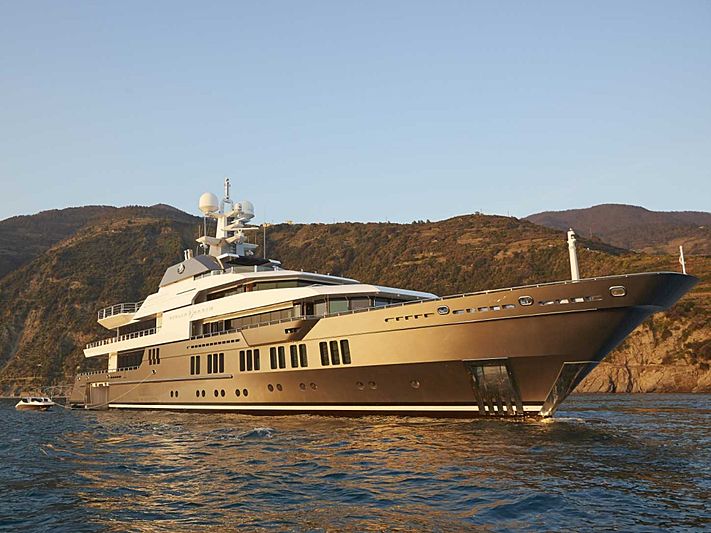 Looking to the future of superyacht design, ecology and efficiency are at the forefront of focus for Lewis and his team. “We try to keep on top of anything that is up and coming and when there is an opportunity to use something that is new, we try to incorporate it into our design. Certainly, more recently, a lot of emphases has been put on green or eco parts of vessels and seeing if that is something we can integrate into our industry. From diesel electric engines to solar panels and glazing, we try and engage with all products in a well thought out manner. Rather than just creating a typical yacht and sticking solar panels on it, we incorporate the design from the very beginning and that is crucial. Eco aspects of designs are becoming increasingly important and I think many vessels will continue to incorporate this in future.” 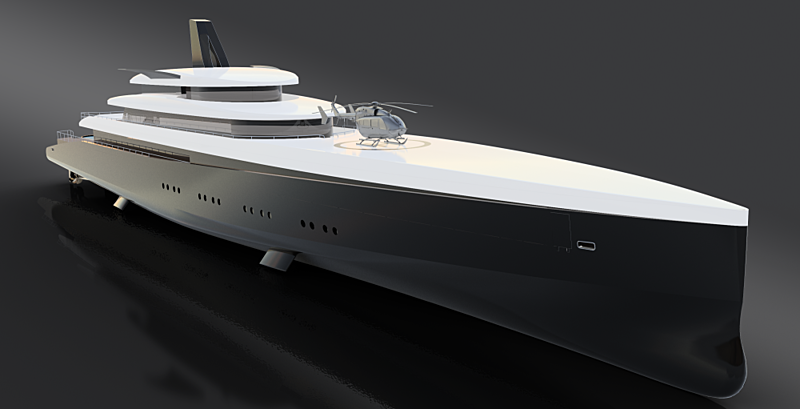 With a desire to drive the ecological evolution in design, the studio has unveiled a high-efficiency motor yacht or HEMY for short. Maintaining performance as a priority, the team have miraculously managed to create an environmentally conscious design that upholds the same luxurious standards of living, whilst drastically reducing output. “The HEMY is a great example of an environmentally friendly superyacht. At 110-metres it is a very large vessel but it uses the same power as a 72-metre yacht to do two knots more.” 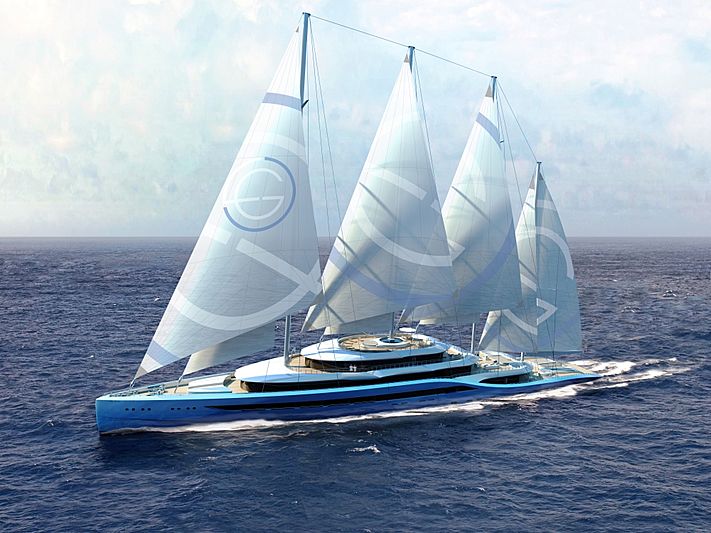 From the 72-metre Stella Maris to the 76.88-metre Samar, Laurent Giles has certainly worked on many distinguished designs over the years. Showing no signs of slowing down and with a busy year ahead, Lewis talks us through what is in store for the brand in the upcoming months. “We have got quite a few things happening right now, we’re doing a 90-metre refit at the moment which we have been heavily involved in for quite some time. We’re also just about to launch a very efficient 32.3-metre semi-displacement vessel in Turkey.”

This article was published in our latest Monaco special edition of the SuperYacht Times newspaper. Subscribe now to receive your copy straight to your door and never miss another issue.