Home > News > Insight: Behind the scenes at AES Yachts

The name AES Yachts probably doesn’t ring an immediate bell. With a distinct lack of information pertaining to the company available, well, anywhere, this comes as no surprise, though with an exciting 66 metre new build project scheduled for completion next summer, that could be about to change. 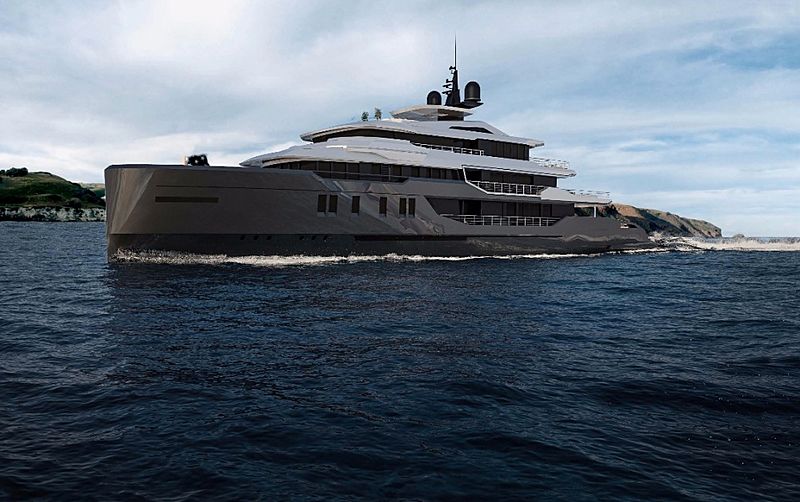 Established just four years ago, the Turkish yacht building and interior outfitting company based in Tuzla is headed by Hasan Sancak, a man boasting a career in the maritime industry that spans the last two decades. Entering the industry on the commercial shipping side, his first professional experience with the luxurious side of maritime was in 2007. Two years later Sancak was ready for a new challenge which materialised in the form of Cizgi Yat.

Though Cizgi Yat lead a very short lifetime (opening its doors in 2009, going into liquidation in 2011), the company managed to produce E&E in 2011 to industry-wide acclaim. Measuring 42 metres and featuring exterior design from Vripack, naval architecture from Vripack in collaboration with Endaze, and an interior from Art Line, the hard work poured into her from Sancak and the Cizgi Yat team paid off and was awarded at the following years World Superyacht Awards. 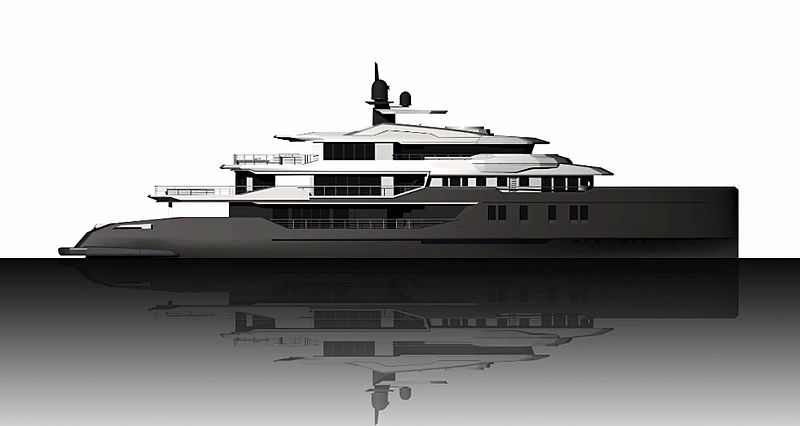 The success the yard experienced with E&E, however, wasn’t enough, and following the closing of Cizgi Yat’s doors in 2011 up sprung AES Yachts from the ashes just a few months later in 2012. A turbulent journey, indeed, but perhaps necessary to gather the experience needed to elevate AES to levels its predecessor wasn’t capable of. Either way, Sancak seems to have got it right with his latest venture and welcomed their very first project into their facility towards the end of their inaugural year; the 35 metre Phoenix built by fellow Turkish shipyard, Nedship, in 2003. The list of works undertaken included a major interior equipment overhaul, the installation of two powerful gyroscopic stabilisers, the installation of three custom awning systems which were built in house, and full exterior paint works - to name but some.

After an intensive six month period the all new Phoenix left the yard to happy owners and a substantially larger project swiftly followed in her wake. The 51 metre Elena - also built by a neighbouring Turkish shipyard - arrived at the yard towards the end of 2013 for a period of 10 months. Upon completion another, again larger, new build project landed on the yard’s doorstep, the interiors on board the 60 metre Katina at Brodosplit in Croatia, though with difficulties in work permits and an extension of the job by 9 months, it wasn’t as straightforward as predicted. Sacank says, “Our workers could stay in Croatia for just three months at a time. We signed the contract for six months, which would have meant we changed our workers twice… we stayed 15 months - can you imagine how many times we had to change the workers? It was a challenge.” 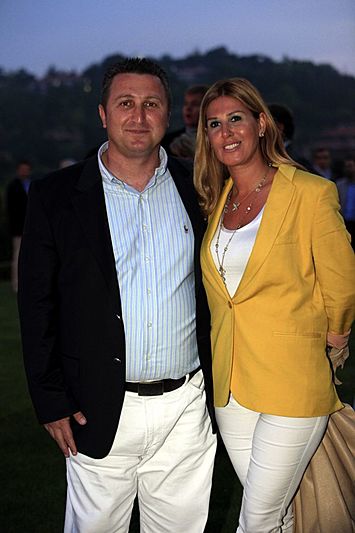 Three substantial refits certainly kept the new yard busy in their preliminary three years of business, but Sancak tells us that it was never the intention to be a refit yard with a penchant for quality interior design. Explaining this, Sancak states, “We work in every aspect of construction. We help others with interiors because we actually know what lies behind the wall and ceiling!” AES was destined to be an all encompassing yard that not only polished up superyachts to the standard they deserve, but also built brand new boats. And that’s exactly what the AES team are busy doing now, with their very first new build vessel currently under construction in their brand new 78 metre shed. “It was our intention to have new build projects,” Sancak continues, “At AES, we need to showcase our products. If our designs always stay renderings then nobody cares about it.”

Named Project Days, the 66 metre superyacht is a custom project undertaken by AES in collaboration with CCN Yachting, designed by Hot Lab Yacht & Design with naval architecture by Endaze Marine Engineering, exterior lines by Michele Dragoni and interiors in collaboration with Enrico Lumini. To adhere to the experienced client’s requirements for generous living spaces, she spans across five decks with a beam of 12 metres resulting in an enormous total gross tonnage of 1,800 GT. 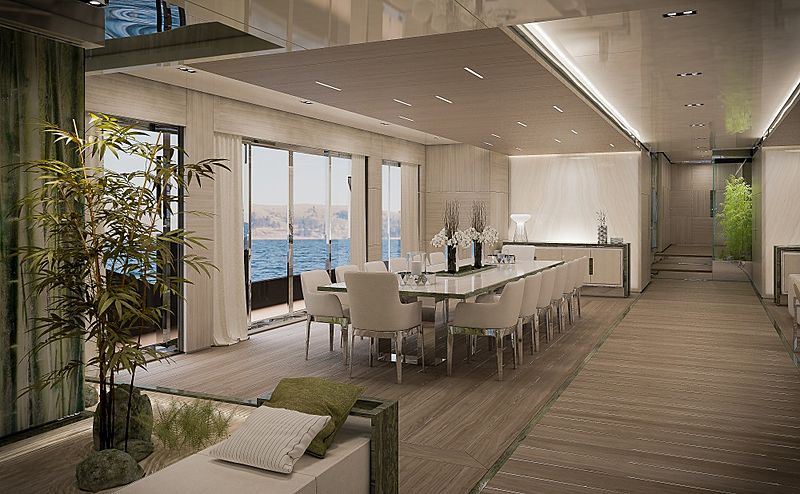 The new vessel came about after undertaking maintenance work on board the owner’s previous Italian-built boat. Impressed with the quality of AES’ work, his original idea was to - with the assistance of Sancak - find a vessel suitable for a major refit, bring it to Tuzla, and let AES work their magic. This didn’t quite go to plan, however, which actually worked out in the yard’s favour. Sancak explains more: “We found a 50 metre explorer in Greece and we visited with the owner but the price was raised and we backed out. So we decided on a new yacht with a new design. It started at 59 metres, then 62, 63, and? It ended at 66.”

Of course every project is important to the shipyard, but Project Days is particularly integral to the growth and development of AES, with the owner already envisioning future vessels with the yard if all goes to plan. “This is a very important project in Turkey,” Sancak confirms. “If the owner is satisfied with the project, he will proceed with another 66 and another 45 metre project.” 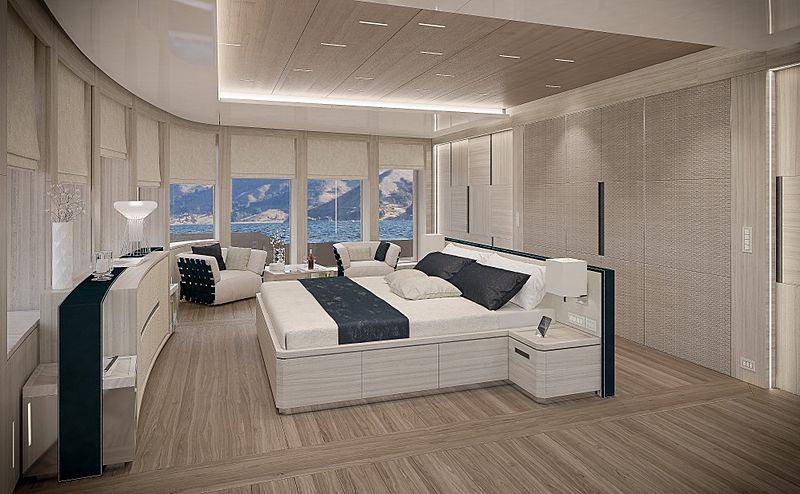 With Project Days and another substantial refit project currently keeping the AES team busy, the 71 metre Victoria, Sancak tells us that right now, their order book is full. “We have Victoria which we are planning to finish in one year, Project Days we will finish in one and a half years, so we are full right now. We are in discussions with another Turkish client for a prospective 70 metre, but we cannot start for another 1.5 years. Our team is limited… there are a lot of interior designers all over Turkey, but our team is really good and we won’t compromise that.” For now at least, AES seems perfectly comfortable with where they are heading.

In regards to the Turkish industry, are AES Yachts going to be the one to change the world’s perception of Turkish shipbuilding? Well, they definitely lack the same kind of professionalism and structure as their Northern European counterparts, but the proof is, as always, in the pudding. With their 66 metre Project Days scheduled for completion in Summer 2017, ready to be presented at that year’s Monaco Yacht Show, perhaps AES will prove themselves to be one of the gems in Turkey’s problematic crown. 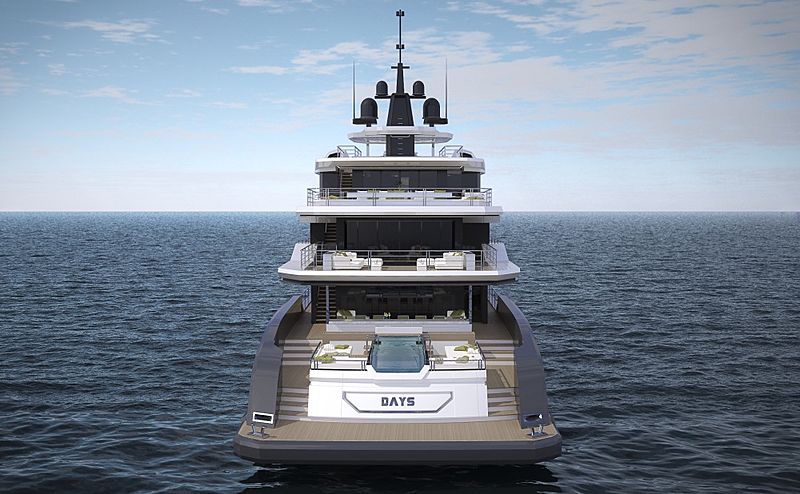 This article was featured in the 10th edition of the SuperYacht Times newspaper. Subscribe now and never miss another issue.