Home > News > Insight: Behind the scenes with Superyacht Sales and Charter

Setting up shop in Fort Lauderdale in early 2016, it’s safe to say that Superyacht Sales and Charter (SYSAC) has had a successful first year in business, with their largest sale to date finalised just a matter of weeks following the company opening their doors - ICON Yachts’ 62.5 metre Meridian (now Party Girl). We caught up with co-founder, Rob Newton, and asked: what’s the secret to their success? 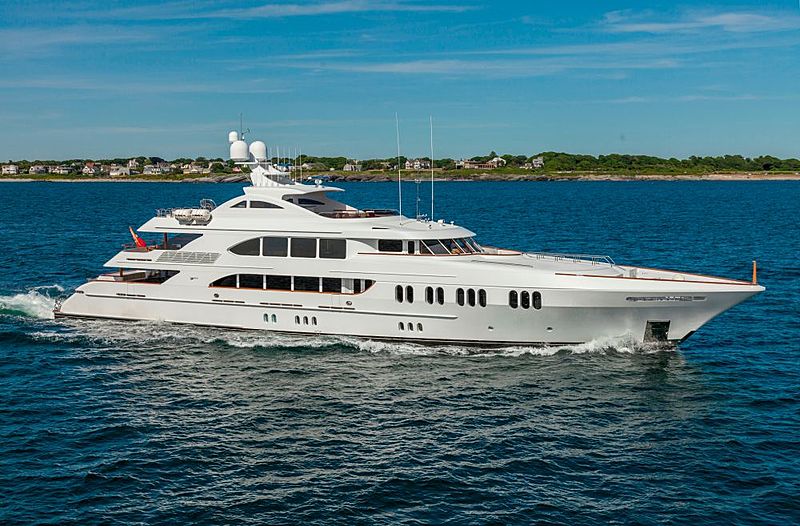 Superyacht Sales and Charter was established last year by yourself, Rodd Taylor and Neil Emmott. Tell us about the journey to setting up shop in Fort Lauderdale.

Rodd, Neil and I had met through the years in the industry: I knew Rodd as a Captain and Neil as a Yacht Manager. Within the last company we were all working at, we asked for some changes and some things to be implemented which we felt would enhance business, and the management didn’t see it our way.

Dissatisfied, I left first, followed by Neil and Rodd. We realised we worked well together and that this was a good opportunity to be in the brokerage side of the industry. In good times nobody wants to change their jobs, but with all the turmoil within the larger brokerage firms right now, there were a few people unexpectedly available who we recognised would work very well together in a team, trusted each other, and would be successful right off the bat as opposed to starting from zero.

Did you always envision going it alone at some point in your career, or was it all down to circumstance?

The challenges we faced in our previous company were basically improvements to our team - we knew we should take advantage of people who were available who would inevitably enhance my position as a broker. Marketing was also a point of contention. There is a difference between marketing to the US and marketing to Europe. The management based in Europe had some different ideas of how to run the operations in the US, which was fine, but we never exactly agreed on how to do this best. There wasn’t too much sharing between the two cultures… we certainly have different ideas on how to market to the US.

Very shortly after establishing the company, you announced the sale of the 62.5 metre Meridian - a noteworthy sale for any company, let alone one that has only in business for a matter of months! Tell us about the deal.

As far as the sale of Meridian is concerned, sometimes everything just perfectly falls into place. This was one of those deals. The owner had decided to take the boat off the market. He actually had drawings and concepts drawn up to extend the boat, modify the decks, and he had just finished working out a five year cruising plan on the boat. He happened to be in the Bahamas and called me up. He was frustrated - not with the boat, but with how busy and time-consuming the whole process was becoming. He said, ‘okay. I’ve got two weeks until I sign the contract for all the work to be done on the boat. If you can find a buyer in those two weeks, we’ll go ahead and make the deal.’ So I just started calling everyone I knew, and it was the right timing for the client who was looking to move up. 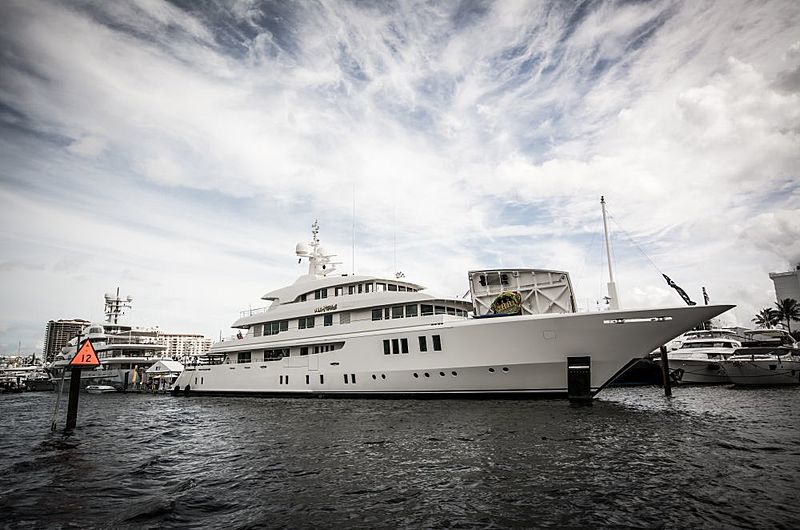 As a new brokerage firm, has the sale of Meridian helped to strengthen your position in the market?

She is the largest yacht we’ve sold at SYSAC, and of course it’s great to sell a big boat, but honestly I don’t think that this has - or will - play into our current or future successes as a brokerage company. We plan on selling boats as big as and exceeding Meridian so - without sounding blasé - it’s just another sale. As soon as a sale is wrapped up, you move on to the next one. Even though the company is new, what makes deals like this possible and what makes us stand out is that everyone at SYSAC has a substantial amount of experience in the industry, each with numerous contacts.

What are some of your most memorable deals throughout your career?

Some deals that were done in Japan where the finance companies were, in actual fact, the Japanese mafia. Those were always interesting deals because of the unconventional paperwork and payments. Here in Florida I once had a client who looked at a boat on a Tuesday and said he would buy it as long as the boat was closed and tied up in Nassau by Friday at 3pm. It required a great deal of collaboration between surveyors, attorneys and the seller to get this accomplished!

The vast majority of brokerage firms - large or small - also come with a lot of experienced staff. How do you stand out of the crowd in this respect?

The ability of our people matches and, in some cases, exceeds the ability of any broker in the larger brokerage firms. The difference is is that we just don’t take on as many boats as the larger companies. You go to one of these large brokerage firms, and whether it’s management or charter, your boat may be just one of 200 under their umbrella. We’ll always have 20 or below yachts, the reason being that we want to maintain them to a very high standard. Of course, along with that, we want people to be serious about what they want from us: charter, management, or sale.

How can you ascertain a serious client from the rest?

For example, if it’s somebody that says, ‘give me twice the value of my boat and I’ll sell it,’... Well, that’s a waste of everybody’s time. We’re a boutique yacht brokerage, specialising in a very high level of service to a limited number of clients. We select clients that we choose to deal with. Our only limitation is time; therefore, we try to use our time and skills in a manner that will provide the highest quality service to our clients. This requires limiting who and what we deal with in order to provide this specialised level of service. We’ll be very satisfied with just a few more additions to what we have right now.

You’ve mentioned previously that the American market is once again starting to look promising. Can you elaborate?

Well for us, the Fort Lauderdale International Boat Show is a good example. It was an extremely successful show this year; probably one of the best in many years. Whether small boats or large custom yachts, the American market is clearly the strongest in the world. We see an upside to that growth in providing the service and knowledge that a client needs - whether new to the market or a previous yacht owner.

Where do you see the company in the next five years? Will you stick to the American market, or explore further afield?

The company’s goal is to open two more offices in the foreseeable future – one in the Med and another in Asia – which will be exclusively focused on local clientele and providing the services of the boutique brokerage we represent. In our opinion, these are the best two markets right now. Asia and the US account for around 80% of large boat sales, so it’s a matter of focusing where the market is at the moment.

The Asian region is interesting. It’s not set up as well as Europe or the US - people who have been doing boating for a lot longer - but I do know of several plans of new marinas coming up in and around the region. I think we’ll start to see people moving their boats out of Hong Kong and into other areas. That will allow for a lot more growth. Other than that, we’re currently working on several exciting things, but I’m afraid I can’t tell you any more. We’re going to have to wait until they’re done and dusted for the big reveal!

This article was featured in the latest edition of the SuperYacht Times newspaper. Subscribe now and never miss another issue!