Michael Leach Design (MLD) are undoubtedly one of the most innovative superyacht design studios around. Established in 1997 by Michael Leach and joined by partner, Mark Smith, in 1999, their portfolio boasts some of the most recognisable vessels on the water, including the 61.5 metre Solemar, 67 metre Anna, 95 metre Palladium, and 44.2 metre Hemisphere. Based in the south of England and comprised of a team of eight, the company has never lacked in opportunity to manipulate their success for huge expansion but, as Smith told SYT, this was never the intention. Big, after all, doesn’t always mean best, and the MLD team are extremely content keeping to their maximum capacity of two or three projects at any one time. 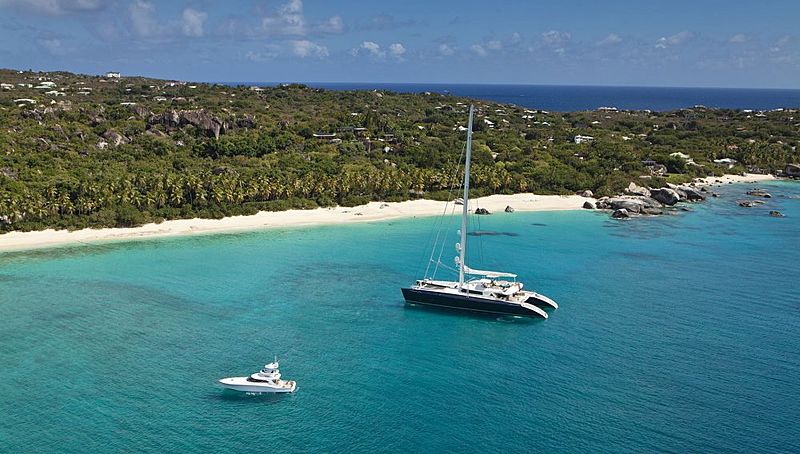 Their success over the past 19 years has certainly offered them the freedom to be able to confidently make this assertion, with some of their very first projects still generating interested client after interested client. In fact, the second project Leach and Smith took on as a team, the Amels-built Solemar completed in 2003, has been one of their most lucrative undertakings - despite a heartstopping hiccup just six months before she was scheduled for delivery.

The Solemar story, Smith tells us, is actually one of the companies defining moments. Indeed, the story has many scratching their heads. How does a barely two years old brand land such a substantial contract? Coming from working closely with Terence Disdale, it was a matter of possessing the right credentials and being in the right place at the right time… with a heavy helping of spontaneous creativity, of course. “It just so happened that Mick was in the shipyard the day that particular client was having a look around,” Smith tells us.

“Tim Wiltshire of Burgess managed to get Mick in front of the client due to the fact Mick had been working for Terence Disdale, particularly on the exterior styling work. They dragged Mick in at the last minute, completely unprepared, no portfolio, and Mick in his genius way sat there, scribbled some sketches on a notepad and the guy was so impressed that that eventually became Solemar.”

With the fallout from the tragedies of September 11th, the client in question suffered financial consequences which lead to him unfortunately having to pull out of the project. Losing a client obviously felt disastrous at the time, but actually turned out to be a decidedly fruitful opportunity. At the time, several of the world's UHNWI’s were looking for a brand new superyacht, and the attraction of acquiring one with a lead time of just six months was clearly tantalising. “In retrospect - and combined with the brokers doing a fantastic job - it was one of the best things that could have happened to us,” Smith explains.

Of the UHNWI’s that visited Solemar in those uncertain months, one of those turned into the owner of Anna - of whom is now a repeat client of MLD currently building a new MLD designed Feadship. Solemar’s new owner was also evidently very happy with the work in which Leach and Smith undertook, and a couple of years later also became a repeat client, commissioning what was to become Palladium.

The story of Palladium is also one worth telling. After months spent working on a design brief passed on from the Russian owner by his intermediary, Smith tells us that at first, they were getting nowhere. The owner was entirely unenthusiastic about the several dozen exterior sketches the pair presented, and it wasn’t until he noticed an off-the-cuff design on the corner of a presentation that sparks really started to fly. “We actually saw the boss for the very first time with some of these sketch sheets, and he was pretty quiet and underwhelmed,” Smith says. “Something was going wrong. Fortunately there was a sketch in the corner of one of our sheets that was completely diverse. Completely not along the theme we were concentrating on following the guidelines of the middle man. He just pointed to the sketch in the corner and said, ‘That one. I like that.’” 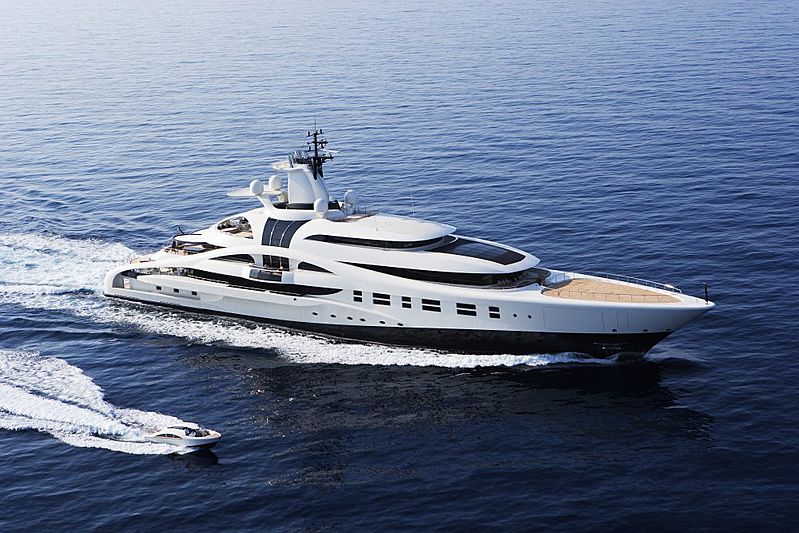 “The next time we saw him, we had the sketch model underneath a blanket,” Smith continues. “It was like serving up a beautiful dinner. He looked at it with his chin on his hand, talking to his friends. After about 10 minutes, I couldn’t resist. I said, ‘Well, boss. Do you like it?’ His answer was, ‘When can I have the keys?’”

As with many superyacht projects, Palladium’s owner’s high profile meant that it was near impossible for MLD to sing from the rooftops that this noteworthy project came from their hand. Realistically, though, this has not been a problem for the studio. Everybody in the industry knows Palladium, and so launching a huge marketing campaign and riding on the success of the design is unnecessary; the recognition is automatic. “These high level clients know about the boat, they don’t necessarily need to see it sailing past their nose. All the people who need to know about it, know about it,” Smith agrees.

The level of recognition Palladium received is not exclusive to the yacht in question, and in almost any discussion of MLD, one of several of the aforementioned boats will inevitably be mentioned. We asked Smith if this is frustrating - Palladium, Anna, Hemisphere and Solemar are, after all, not the only impressive vessels in the ocean that come from the hand of Michael Leach and Mark Smith. His response was only one of appreciation. “There are some serious blood, sweat, and tears that went into those projects! From our point of view, we couldn’t have done more to get those yachts to how you see them today, so it’s been fantastic for us to get the recognition we’ve received. The same amount of toil and effort goes into all our projects. It’s not like we’ve backed off and are happy to rest on our laurels. This level of effort is what you get from us.”

This level of recognition the brand has received also enabled them to be in the privileged position to almost cherry pick the clients they want to work with. The cogs at MLD are powered by enthusiasm: for breaking the mould of superyacht design, for pushing the boundaries of their team, and the enthusiasm from the owner himself. With a working capacity for just three concurrent projects and a long list of interested parties, Leach and Smith opt for honing in on a synergistic experience which will get everyone involved excited about what they are in the process of creating. “Number one for us is always the client, and how excited they are, how ferociously interested they are in the project; the feeling we get from them. It’s perhaps a little outspoken, but out of all the boats on all the planet, we want two, and we want two nice ones. Happy projects, happy people.”

Smith concludes, “Having started out in 1997, next year is our 20th anniversary and the start of another exciting decade of business that will undoubtedly usher in a new generation of breathtaking yacht designs. There are already two noteworthy mentions currently in build, the largest ever Feadship De Vries yacht and a 93 metre Feadship Van Lent, both due to be unveiled in 2018. Right now we’re bringing our guys into client meetings, handing over some responsibility. Martin Francis took the chance with me at the start, as did Terence Disdale with Mike, so we need to do that for our guys to continue the legacy.”

The full interview with MLD was published in the latest edition of the SuperYacht Times newspaper. Subscribe now and never miss another issue!