Compositeworks are one of the most comprehensive shipyards in Europe, specialising in refit, repair and maintenance. Founded by captain Ben Mennem and naval engineer Mark Salman, the company has gone from strength to strength since almost accidentally coming across their location in La Ciotat, France, some years ago, with just some of their most notable projects in recent years including the transformation of the 67.3 metre Feadship superyacht Falcon Lair, the complete refit of the 62.3 metre Feadship-built Faith (ex: Cakewalk, Fortunato), and the extension of five metres on board the 35.48 metre superyacht Zulu. 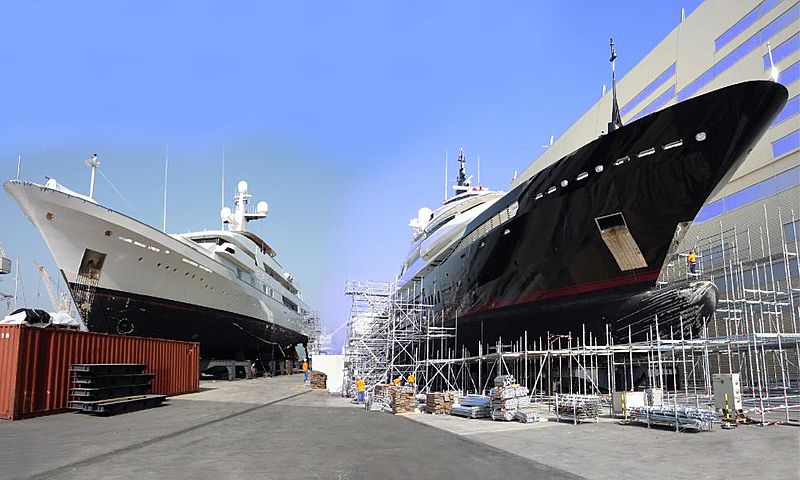 We sat down with Ben Mennem, the British co-founder and CEO of the yard, who explained the company’s current growth-mode, and what his thoughts are in regards to the recent acquisition of Blohm + Voss by Lürssen in light of the purchasing of new Blohm + Voss facilities in Compositeworks’ home town of La Ciotat, France.

You grew up in England and spent a great deal of time skippering on boats until 2002, but in 1990, you decided to venture more into the business side of boating. Tell us about the journey to Compositeworks.

I’ve been in the industry for almost 40 years. Passionate about sailing since the age of five or six, I worked as a captain on board several large sailing yachts before returning to land full time. In 1990 we started a company called Custom Tenders where we built around 80 tenders over a period of six years. I sold the company to focus on other projects, one of which was the build of the 92’ sailing yacht Stealth with Green Marine, which was quite a big deal at the time! We completed Stealth in the spring of ‘96, and as a result of that we suddenly had quite a lot of people asking us to build boats for them including Wally Yachts for whom we built a few yachts in Lymington in the UK.

In 1998 we were contracted to build a yacht for another client and were desperately searching for somewhere to build it. Someone suggested La Ciotat as they knew there was some space there. We went, asked to rent the space for six months to build a boat, and there we still are today, almost 20 years later. I like to think that we’ve contributed to the regeneration of the town over the past 18 years, something that we all feel quite proud of.

You recently announced that you will be taking over the Atlantic Refit Centre in La Rochelle. Tell us a little more about that development.

Dry docks are always potentially interesting to us because it’s almost impossible to build them anymore due to environmental and permit issues. There’s a limited number of them available, and with the growth of the market and the increasing size of superyachts, we believe these dry docks are going to become premium commodities. 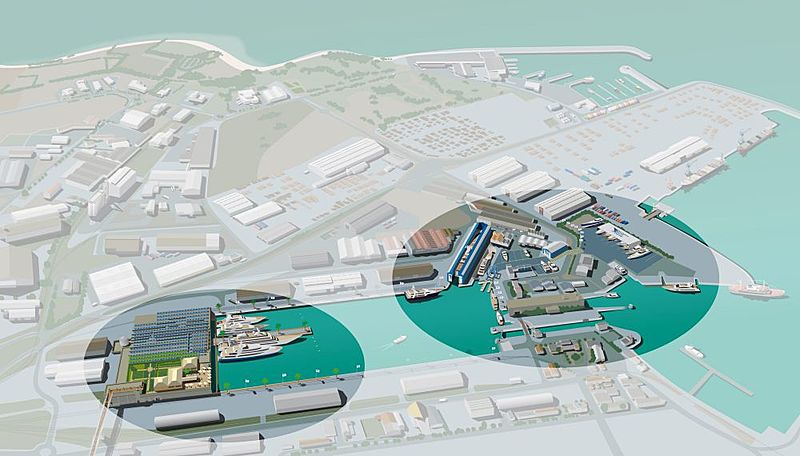 The two dry docks at the Atlantic Refit Centre are of 130 and 190 metres, so that was fundamentally interesting to us. We’ve known the guys running the place for years and the team there are very dynamic with a great energy about them. Although we are still ironing out some of the details, the decision to takeover their facility was an easy one.

Do you think the location will make competition between more centrally located refit facilities tough?

Yachts go to the UK, to Holland, yachts go to Germany - why not the west coast of France? Choosing a destination for a refit is more about quality and craftsmanship than geography, although La Rochelle is also a stunning area for the crew. We are already working on getting planning permission to put a 190 metre cabin over the largest dock which will have an air draft of approximately 40 metres. We’re aiming to get the works completed for use as early as 2018. 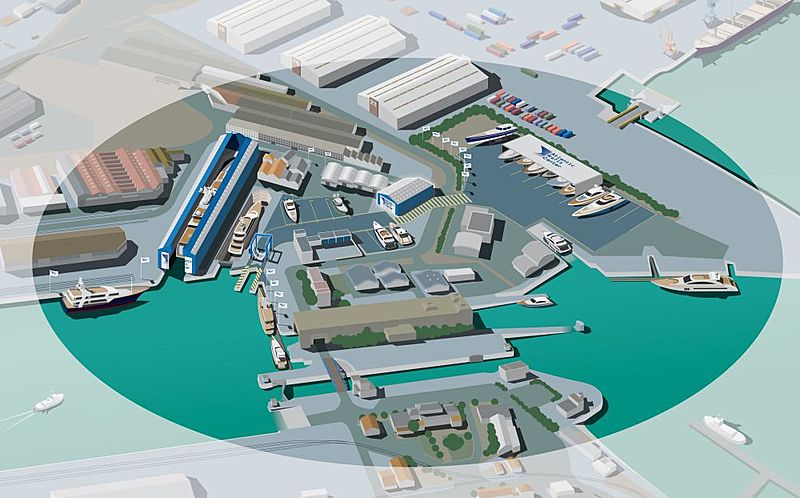 We are disappointed that we were not chosen for the short term concession of the facility in La Ciotat as we also bid on the project, but at the same time, I very strongly believe that if someone puts a wall up in front of you, you have to go around it, over it, underneath or through it. It’s a shame, but it’s not damaging.

The fundamental problem is that between Monaco Marine and Compositeworks, there’s already limited space for the clients that we do have. I never really clearly understood why they decided to bring in a third operator when there was already two well established yards… it seems like an illogical decision to me. 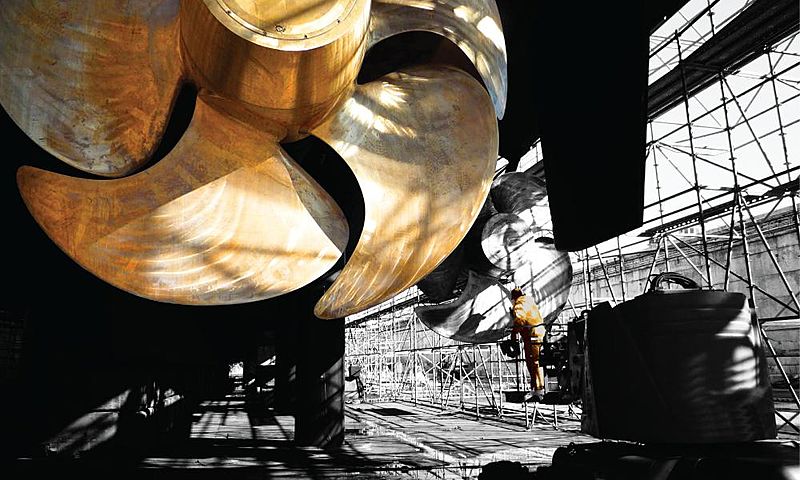 Turnover increased by 20% at the company this year, which you credit to Compositeworks’ experience in managing complex refits and and your dedication to responding to the client demands in the 85+ metre bracket. Is the demand for extensive large yachts refits still on the rise?

Absolutely. We are increasingly focusing on the 80+ metre segment, but I want to make it clear that this is not to the detriment of the smaller yachts in the market - we will still work on smaller vessels, but the real growth in the market at the moment is in the very large yacht segment. We started getting the big guys in around 2007, and our whole philosophy is that we’re not a one-hit-wonder. We’re here for the long term, and we’re preparing for where the market is heading.

Falcon Lair is one of your most talked about projects in recent years. What were the main challenges and rewards involved?

The challenges were time, budget, how to go about the design… Many of the modifications were in composite so we had to get those parts accepted from a classification point of view, which was not easy. The reward was seeing her completed; the styling is great and when you look at her from a profile point of view she looks like a new yacht. It was a fantastic project – and very rewarding to be able to have some creative input rather than just on the technical side. That’s another reason we like to take on these big projects, it challenges everybody and we like that. 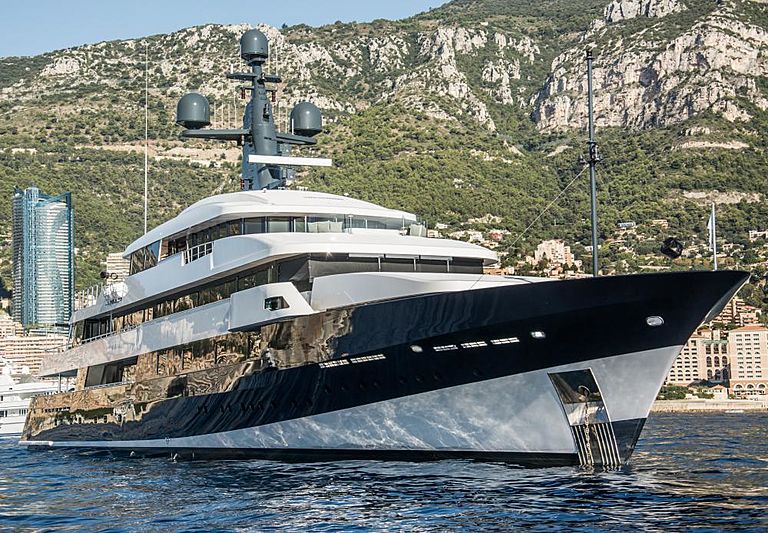 Do you think we need more involved owners to challenge shipyards and designers to propel the industry forward?

Yes I think so. It is always good to have transformational projects or big jobs because it is a real driving force for our industry and it gives great satisfaction to the owners when you do it properly. Not every owner is capable of having a clear vision or, indeed, has the passion or the interest to do it. So yes, we applaud people who think big and have the creative vision to do something different and as a company we really enjoy our work because of its innovative, challenging elements.

Tell us about the projects keeping you busy.

I can’t go into too much detail because of confidentiality, but we’ve got three projects coming this winter that are going to come out the other side looking completely different to how they came in. It’ll be two motor yachts and a sailing yacht, one is basically an extension, another is a ground-up restoration, and the final one is a complete rebuild. But that’s just three projects, we’ve got a lot more on our plate with over 100 superyachts coming through our yard every year! 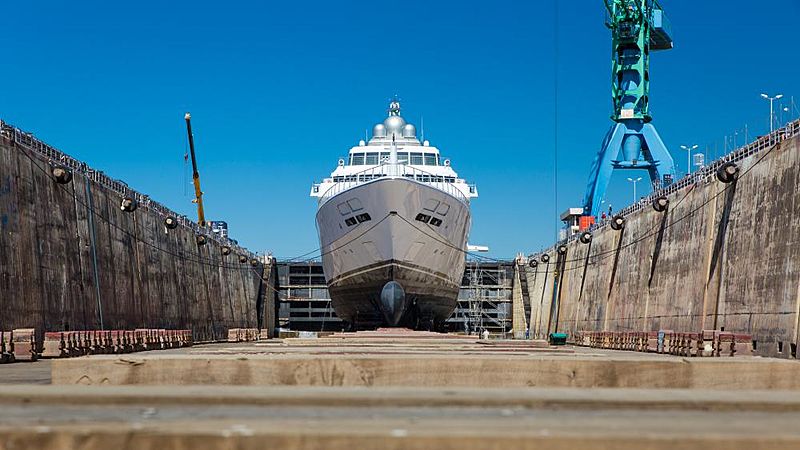 Compositeworks are also building tenders in Holland under the brand Tenderworks. Tell us about that.

Yes we built tenders from ‘90 to ‘96, and we had the opportunity to talk to an owner who wanted two tenders built for his Feadship. We asked Feadship if we could build them, and we received the contract to build two 10 metre tenders. We have decided to develop this more, and established the Tenderworks facilities near Amsterdam - just 15 minutes from Schiphol and 10 minutes from Feadship van Lent. We wanted to create a space that feels like a toy shop, somewhere that was just visually perfect - where people would come in and just would not want to leave. We’ve invested quite heavily in that, and we’ve received a lot of praise. We’ve just made a deal with Feadship whereby we will exclusively build their tenders, so we are very pleased with the progress over the last twelve months.

With several developments recently announced at Compositeworks, is it the aim to grow substantially in the foreseeable future?

Generally, we’re in expansion mode. We started with just four people 18 years ago, and today we’re closing in on 120. One has to advance cautiously in life, but we are actively seeking opportunities for development. As such, we are particularly pleased to be announcing a new commitment in Italy very shortly. The market is pretty strong with a constant increase in the number of large yachts over the next five to 10 years that will all eventually need servicing! 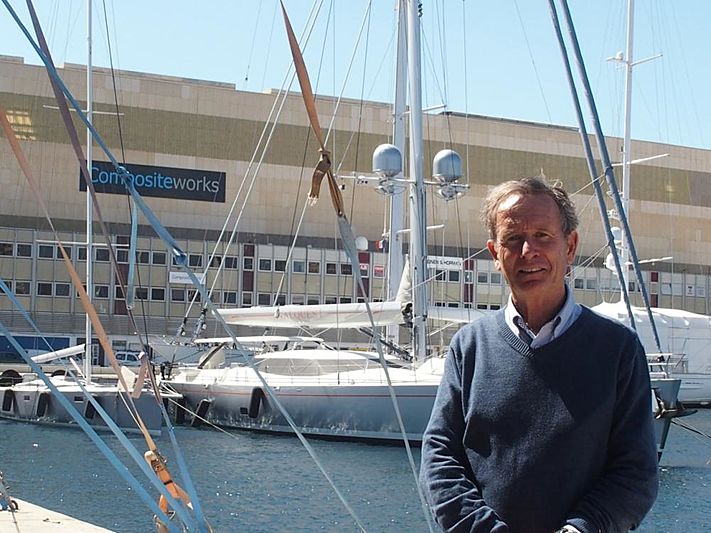 This article was featured in the latest edition of the SuperYacht Times newspaper. Subscribe now and never miss another issue.