Moran Yacht & Ship is, without a doubt, one of the most successful superyacht brokerage firms in the world. Headed by Robert Moran, the man still very much at the helm opened the brand’s doors in Fort Lauderdale in 1988 after 18 years of exploring the Seven Seas as a superyacht captain, the hands on experience of which Moran strongly insists is at the core of the company’s continuous success in selling and building some of the world’s most iconic vessels. 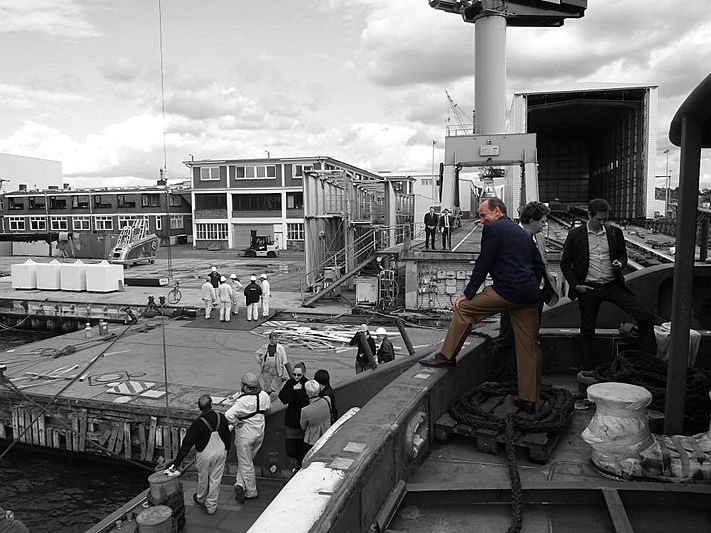 Today, Moran’s sales record speaks for itself. However, success does not often come without criticism, and for many in the industry, Moran Yacht & Ship is certainly perceived as one of the most boldly aggressive. This perception is founded in an element of truth, but perhaps a little misguided. Moran is an astute businessman who is seriously passionate about the superyacht industry. The aggression that people may perceive stems from being one of the best, knowing it, and consequently becoming increasingly frustrated with others who give the industry a bad name and, in short, throw away potential opportunity. Robert Moran is focused on the bigger picture: the longevity of the industry.

“I don’t think that we’re aggressive,” Moran states as I pose this reputation to him. “I just think that we’re not shy about telling people of our attributes. I mean, we’ve sold 22 Lürssen’s in 17 years, 50% of their production. That’s quite an achievement. A lot of these other companies have a lot of employees who are ex-insurance salesman. Now, there’s nothing wrong with insurance salesman, or attorneys or stock brokers, but they didn’t work in the marine industry. And all of a sudden they work for two years in the yachting industry and they’re experts? That doesn’t work for me.” 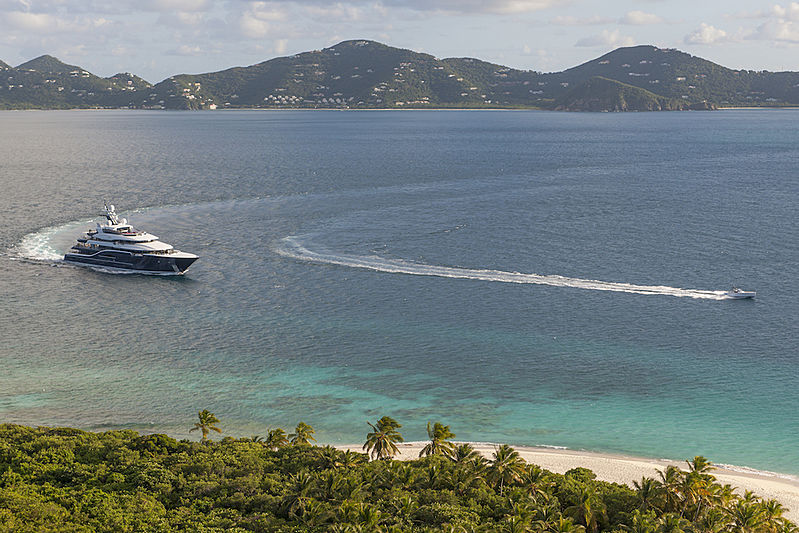 His ballsy, no-nonsense attitude is not limited to his peers and competitors, however. He’s also a staunch believer of shirking the typical ‘yes-man’ treatment of clients. “Most guys in the business think they have to shower these people with platitudes,” he says, “but we don’t do that.” Of course it could be a different story in reality, but from our meeting in the US yachting hub of Palm Beach, it’s probably safe to say that his anti-baloney attitude is very much present within every element of his life. Here Moran tells us the brands’ story in his own words.

As a brand you talk a lot about being different to other brokerage firms. What specifically sets you apart from your competition?

I think what sets Moran Yacht & Ship apart from a lot of our competitors is that we’re a really tight knit group made up of a lot of people who have worked on yachts. When it comes to selling large yachts, you have to really know what you’re talking about and it takes a long while to get that experience. On top of that, we build. The necessary experience for selling these boats can only be gathered by being involved with projects and actually building boats. If I was a potential yacht buyer I wouldn’t go to a brokerage company that didn’t have the experience of building at least 10 yachts.

What’s the secret to creating fruitful relationships with your clients?

I find the best way is to be yourself and to be honest. Don’t be false, you don’t need to kiss their backside or butter them up. Just be yourself. People recognise that. They recognise your talents and they respect that. I’ll tell you something else; we have the lousiest offices in the yachting world. I do not need palatial offices in central London or any of that. If I’m going to spend money, I’m not going to spend it on flashy baloney. It doesn’t make sense. A lot of our clients walk into our offices and see the projects on the wall, everybody working hard… I mean, we have captains of industry in our office who are genuinely impressed. They like that it is a working office. I’ve been into offices where they have stewards in dickie bows serving drinks and canapes. Now that’s baloney. 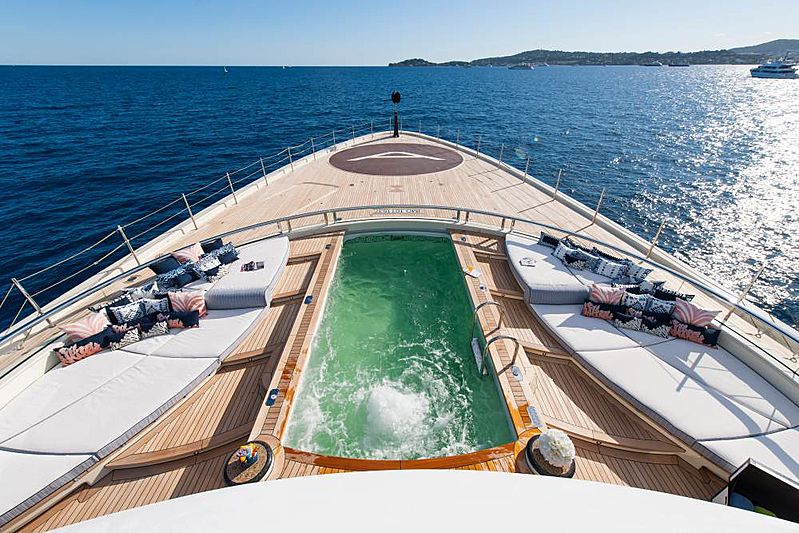 You have five offices located in strategic yachting spots around the world, with your head office centred in Fort Lauderdale. Are you looking to expand further?

We’ve had an office in Monaco for around six years and we’ve just expanded that to a significantly larger office. We’re quite frugal, we don’t throw our money away. I haven’t got the ego where I need to have three secretaries and someone to answer my telephone calls and to send all my emails - I can do that myself. We are a very profitable company because we watch our costs and watch our expenses.

You’ve mentioned that Moran Yacht & Ship has sold around 50% of Lürssen’s production. How did your relationship with the yard begin?

We deal with a lot of shipyards - right now we’re building a boat with Hakvoort, Oceanco, Lürssen, we’ve just done a boat in Italy with Mangusta, we’re building a boat with Sanlorenzo… so we’re not necessarily ‘stuck’ with just one or two shipyards. But Lürssen up until 1993 or 1994 had only built around seven yachts. They decided in the late 90s to get into the yacht building business. I remember meeting with Peter Lürssen and Michael Bremen, and I told Peter we have a client who wants to build a 60-metre yacht. He said to me, ‘Well, if you bring me two clients, I’ll build them.’ We brought him two: Capri and Phoenix, and we went from there.

Speaking of Lürssen projects, the 74-metre Aurora (previously known as Thor and first announced in 2014) was recently launched from the yard’s facilities in Germany. What stands out to you in regards to that project?

She’s just a great boat. She’s 74-metres and she has a GRT of almost 2300, which is just a massive volume. She has some wonderful features, eight cabins, 10-metre tenders, a huge spa, gymnasiums - everything - but she is just a really lovely, quality boat. She is a boat that is going to be sailing around for 50 years, and she’ll still look great in 50 years. 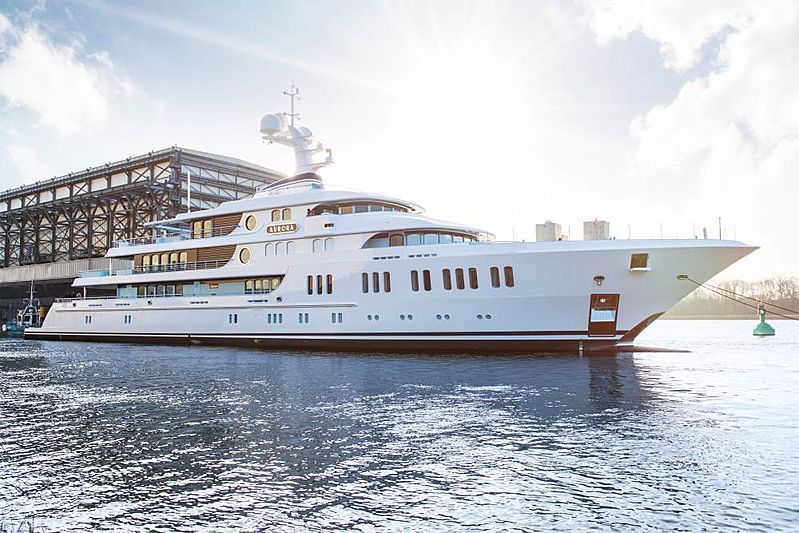 I was there with some of the guys at the launch and - just a silly thing - when you walk up the stairs from the aft deck, the owner said he wanted a nice, relaxing seat, sort of a pedestal area. I thought that was mad. When the owner walked on for the very first time, the first thing he did with his wife is sit on this seat. On itself it wasn’t a big thing, but it struck me that something as small as that made a difference to the owner - the first thing he did on the boat was to sit in this spot and say, “I really like this.”

You also just sold the 85.1-metre Lürssen superyacht Solandge at the end of March after 10 months on the market with Moran. Tell us about the deal.

We originally sold Solandge in 2008 to the owner who just sold the boat recently. A lovely boat with beautiful features. She had been on the market prior to being listed with Moran Yacht & Ship with another brokerage company for 18 months, so it’s quite an achievement to have a boat of that magnitude for just 10 months and we got the job done. We don’t just like to list boats, we like to sell boats. Too many company’s reason to be is just to get the listing on the boat - somebody else sells it, they get a piece of the action. We want to list them, sell them, do it all.

Does the company typically attract quite experienced clients?

Not necessarily, but I much prefer to deal with clients who have got some experience in yachting - they really understand us. They really get Moran Yacht & Ship. They know what we bring to the party. Unfortunately, I see so many guys coming to boat shows who, to their credit, have worked hard and made a fortune, but they they walk around and they have no idea. When a broker they approach knows just a tiny bit more than them, that broker then becomes the ‘expert’. That’s not good. 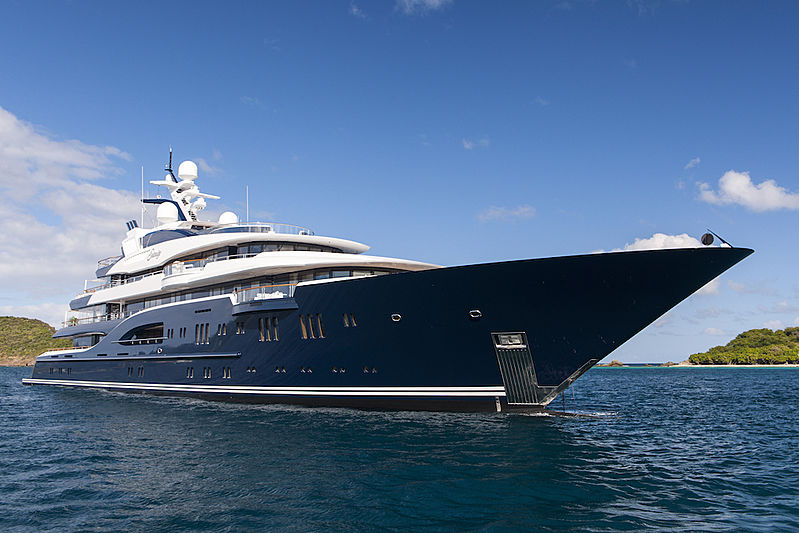 Tell us about your most memorable project over the years.

A lot of yachts are cookie-cutter boats… basically. So I like it when you first see it and you say to yourself, ‘That is really nuts.’ Then you see it again and you begin to realise that it’s really, really cool.

Tell us a little about what you’ve got going on right now.

We’re not really allowed to talk about many of the things that we’ve got going on… So right now we’re building eight yachts, all of which are currently under construction, we’re looking to sign hopefully another three this year. Every year for the past 20 years, we’ve delivered one or two yachts. Everyone in the business thinks that we can’t possibly be building all these big boats, and every year they keep on coming out. So we’re going to do the same thing this year. Next will be Solar, then next year there will be two boats, three in 2019… so we’ve got a good pipeline of boats. I believe success breeds success, and hopefully the smart guys will come to us because they know that our record speaks for itself. 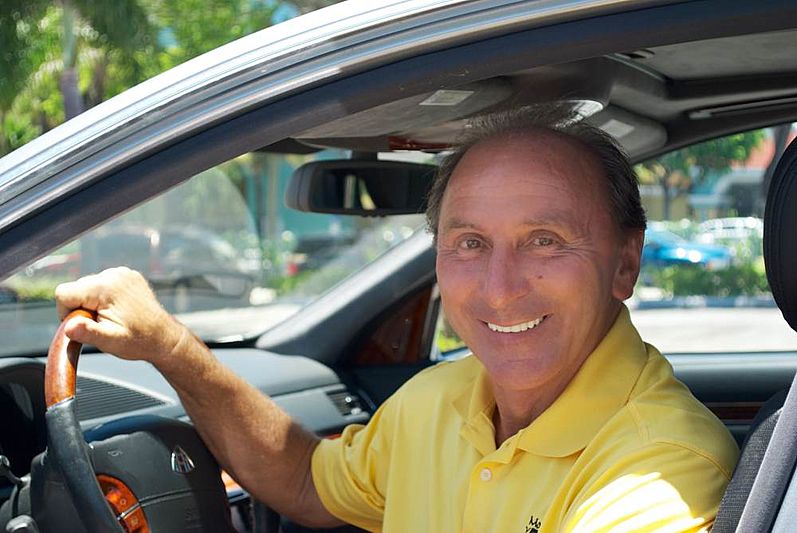 The full interview with Rob Moran was published in the latest edition of the SuperYacht Times newspaper. Subscribe now to receive your copy straight to your door and never miss another issue.