We find out how Hargrave has been powering on behind-the-scenes seemingly unaffected by global troubles, and why one man feels that the key to changing the industry is purely a matter of making sure his owners are having fun.

Hargrave Custom Yachts is run by a happy man. Together with President Michael DiCondina, Chairman / CEO Michael Joyce is at the helm of this ship and it is his job to keep the compass pointing towards the next rainbow. To some, this wishful thinking philosophy might sound like a recipe for disaster, but to those familiar with Joyce’s ways and, indeed, the company’s persistent performance over the past decade (just take a look at the number of American yacht builders that have been forced to close their doors over the past few years), it all might just start to make sense. 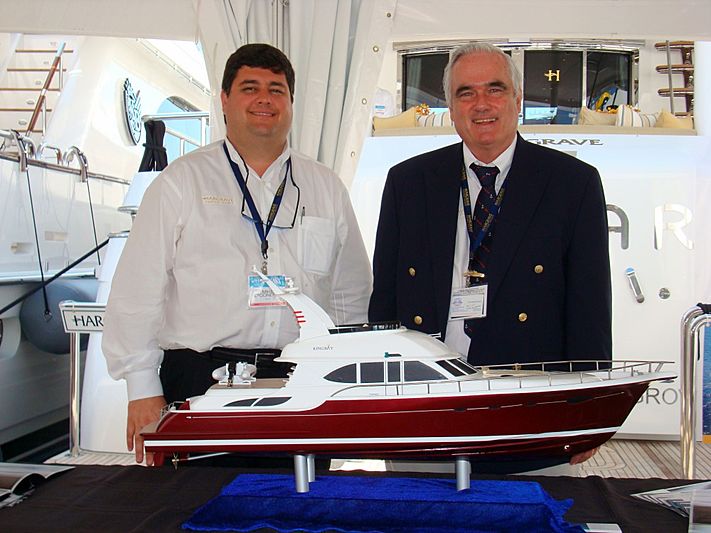 Joyce entered the Hargrave scene back in 1978 when he started working with master naval architect and designer Mr. Jack Hargrave, but left the company in 1981 to run a more hands-on career in yacht sales in South Florida when he opened Colonial Yacht Sales in Fort Lauderdale and represented Cheoy Lee for 14 years along with several other yacht brands including Baltic. Joyce was in the process of writing a biography with Jack Hargrave when Jack passed away and Joyce would up taking over his company.

With the passing of Jack Hargrave, Joyce had the vision of continuing the family name and thereby Jack’s legacy. Armed with over 25 years of experience in selling and servicing yachts, Joyce, with the approval of the Hargrave family, made the decision to shift their focus from not only designing yachts, but building them as well under the Hargrave brand name. “I knew where to find customers, I knew how to built boats and how to service them. So that’s how we were going to take the Hargrave company into the future.” 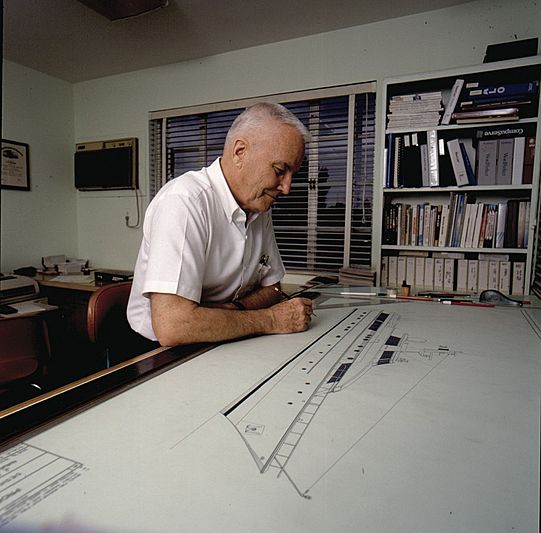 The issue Joyce then faced was where to construct these Hargrave yachts. “We looked at where the world was heading and how the things were shifting and changing in our industry as well as manufacturing in general. Of course there are advantages of having your own yard just down the street, but working with yards overseas helped protect us from facing the same fate as our fellow American yacht builders with large facilities when new orders were almost impossible to get.” So not America then, but where to build? “The Taiwanese currency is tied directly to the dollar, so it worked for our buyers. We looked at the countries where we had an option and also to those whom offered the required skill set. We were looking for a small yard, and we found Kha Shing in Taiwan to be a small and highly focused yard. We were the right size for each other. We’ve been through a lot of up ad down market cycles over the past twenty years which confirms it was the right decision for Hargrave.”

The all-American regard is clearly not something very high on the company’s list of priorities, and at times, Hargrave have been rather glad to not have production based in the States. “Unless you can do it better faster and cheaper, why do it here (U.S)? For the brand? You have seen all the builders that have closed in the last couple of years, and the reality is people outside the US don’t want American boats anymore. Why do you think all these yards are closed? They didn’t go broke. They were great companies with great management. They just didn’t receive any more orders. Perception is reality and the world market thinks that European boats are better than American boats regardless if it’s true or not.I think that, together with the strong US dollar, that explains why it has been so difficult for US yacht builders to get global orders.” 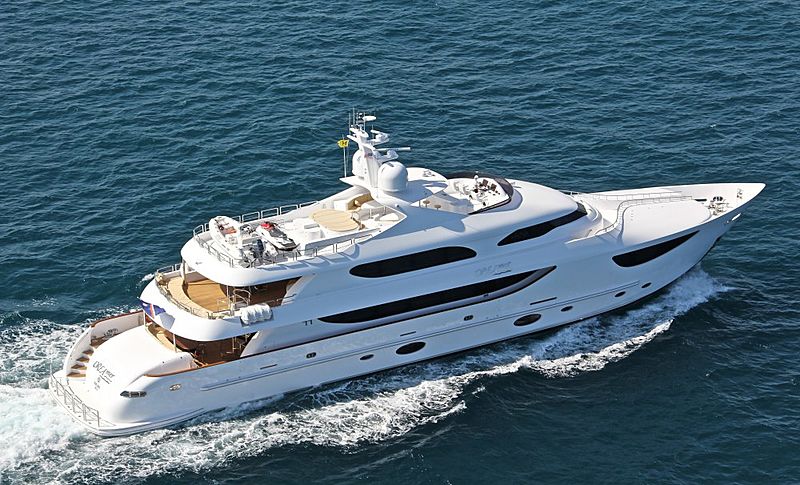 It is this mentality amongst international buyers, and perhaps the backing of Joyce’s vast pool of US-based clients, which has resulted in the company spending very little time trying to appeal to any other group other than Americans in regards to new build projects. And it clearly works. Joyce seems to have the owner-approach down to a tee. “I think people always need to be there for their clients, they deserve it. Whenever you are talking to a client about his boat, you have to remember that this is his toy. You are on the child side of the brain, so you’d better be expecting lightning bolts when things are not going well. Some guy flies to Florida from New York or California with four couples and his boat is not working? You go ‘Oh Dear, get ready, get your helmets on, it show time!" 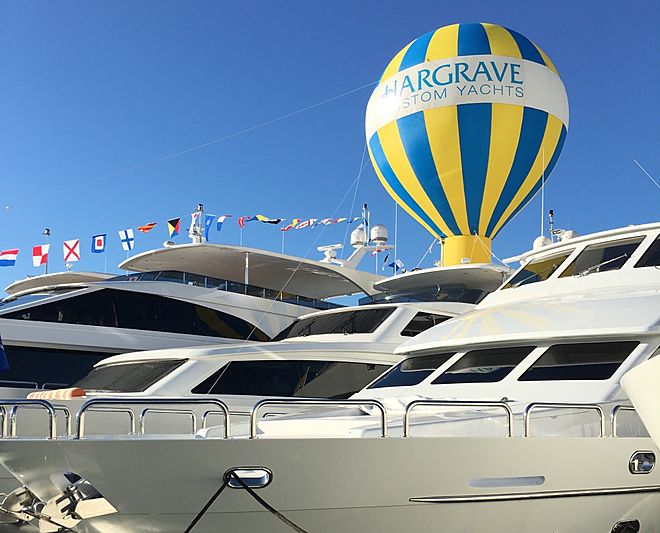 Being well informed is another subject Joyce feels strongly about, and one he sees as a way for things to change for the better. “I think what a lot of people are not fully aware of in this industry is what the real numbers are. In the U.S. we have state registered boats, which requires you to have a driver’s license, so tracking these buyers are simple. For every buyer who is 40 years and younger, there are two that are 65 and older. I think the industry is having trouble coping with this reality.”

The personal approach that the company has been able to adopt, due perhaps to its exclusive size, has put Joyce in a fortunate disposition where Hargrave can zone in and focus on the handful of clients attracted to their niche of custom yacht building. “I think the difference is that we have a special philosophy of how we serve and deal with customers. We don’t run a business the way most people do, focused on increasing sales and profit margins each year. We don’t even look at that data until the end of the year. If we made money we pay taxes, and if we didn’t then we get a credit. It’s all about doing the right thing for our owners and doing it instantly before they go into their maximum stress zone. Everything that we do is from that support perspective, and it’s the only reason that we are still in business. Our old customers come back over and over again.” 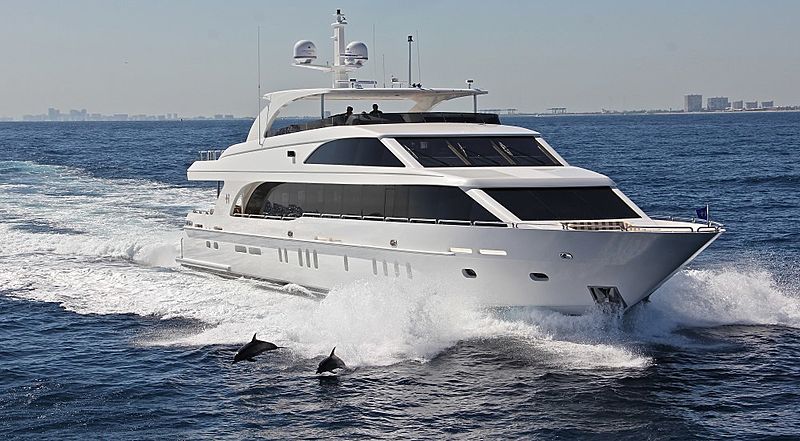 Some of these repeat customers, Hargrave claims, make up to 50% or more of their orders each year. “Which is unheard of. Everyone else is out searching for new clients. We don’t, we just make sure we take exceptional care of the owners we already have."

Taking in account the company’s track record and ability to stay solvent during some of the most challenging economic times, few people are perhaps more qualified to make a prediction of the future of the yacht building industry. “What I have noticed becoming more apparent each year, and something that will certainly help our industry, is that yacht building is quickly becoming the new Sport of Kings. It used to be horseracing, and then for a generation it was professional sports. Now, hopefully, its yacht building. The days of the small family run yacht builders is nearing the end of the cycle. I think it’s important for our industry as a whole, and especially the media, to celebrate these new billionaire owners who are investing their time and money in the yachting business and to tell their stories and share their vision for the future, not only the boats. Just stop and think for a minute what our industry might have been like had Steve Jobs lived long enough to make his creative genius felt in the world of yachting.”

6 August 2020 08:00
Business Events
With six weeks to go until Dutch yard Damen Yachting opens its doors for a special Private Viewing Event, it's clear the company has made the most of its time spent on...