An award-winning yacht designer and naval architect of many years standing, Frank Neubelt is a familiar name to most in the superyacht industry. Entering the industry in the 1990s as the founder and lead designer of NEWCRUISE and establishing Frank Neubelt Yacht Designs in 2012, his latest venture is the soon-to-be-launched design hub, German Yacht Couture. SYT met with Neubelt to discuss this new venture and reflect on his career in the industry. 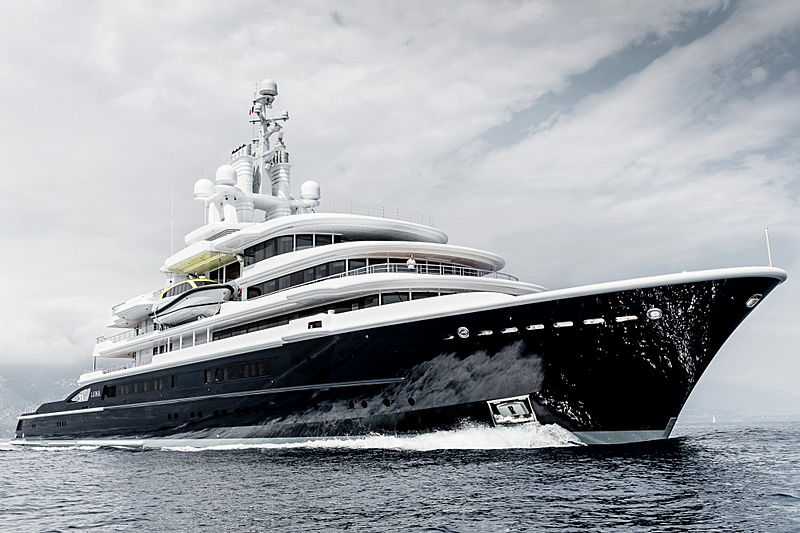 After sailing for most of his childhood on board his father’s 43ft Royal Huisman built Baleia, it was almost inevitable that Frank Neubelt would end up involved in the superyacht industry. “I grew up on that boat,” he reminisces. After leaving school Neubelt pursued a career in the Marines but, having been turned down, his father suggested he try his hand at boatbuilding instead. “I learned shipbuilding and naval architecture, but yacht design was still a dream; this, in my mind, was something special for a lucky few who possessed those abilities.”

While studying, Neubelt met Niels Jeppesen, the designer of X-Yachts, on the racing scene and later worked there part time alongside his studies. Having always hoped that his time would progress to role as co-production designer, he tells us: “In 1989 I asked if I could stay, but Niels told me no.” What seemed like a great disappointment at the time was actually the push Neubelt needed to go it alone as a designer. “Niels told me that if I stayed I would be frustrated. He believed that I had talent and if I wanted he was willing to help me pursue this further.” One year on and Jeppesen was as good as his word, introducing Scandinavian contacts looking for a 50ft custom design. Securing the contract, this was to mark the beginning of a career in yacht design.

The year 1990 saw Neubelt open the doors of NEWCRUISE - a company of which he remained at the creative helm of for an impressive 25 years. Working on racing and custom projects from 24 to 80ft, including two exciting 60 footers in Hong Kong, business began to grow, although success didn’t come easy. “It was not easy becoming accepted as a yacht designer in Germany at that time as it was already well covered by a small but strong community,” he says. “We were maybe a little too early with the innovations we were introducing,” he reflects. Time proved the true test, however, with NEWCRUISE completing a number of notable yachts over the years, including the 24 metre Opium - a particularly large sailing yacht at the time - and the 35.3 metre performance motorsailer, Lunar, for Conrad Yachts in 2013.

After originally focusing on sailing yachts the opportunity to create his first motor yacht came in 1992. Approached by a German client, Neubelt elaborates: “I told the client that as a keen sailor myself, motor yachts were really not my forte. It requires a completely different design philosophy. Regardless, eventually he convinced me to go ahead with my first 65ft motor yacht, which became a small Moonen series.” Following completion, the snowball effect was soon in place, as Neubelt continues, “After that yacht was launched I was approached by another client who told me he liked his current 26 metre Moonen but was interested in creating something special, possibly up to 40 metres.” The result was the 34 metre Xanadu (now Azul A), completed at Moonen in 1997. Neubelt states this as the real turning point in his design path: “The owner was pushing boundaries in innovation with Xanadu, and he was very excited about what we were doing. I can say, from my heart, that he became the first of two important mentors for me.” 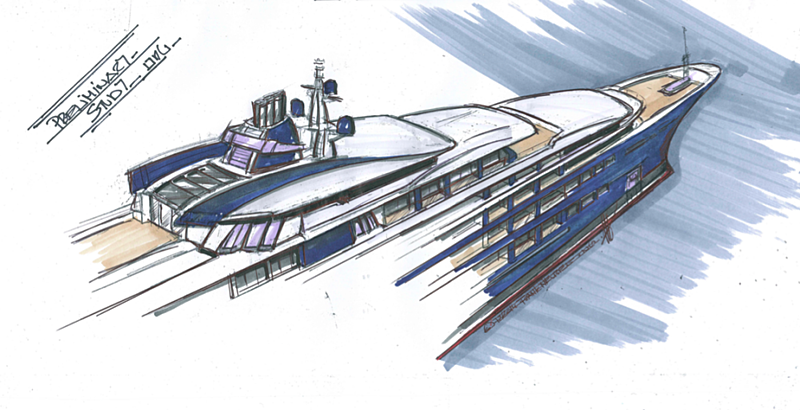 Since then Neubelt’s career spiralled, working on a wide range of custom projects, both motor and sail, including the 66.7 metre Triple Seven, the 73.5 metre Siren and the 73.5 metre Sapphire - all built at Nobiskrug with the same client - as well as the 115 metre Luna, the latter of which still remains one of the world’s largest explorer superyachts. Though experiencing success even Neubelt probably wouldn’t have predicted even himself, the years that followed the Financial Crisis were, by Neubelt’s own admission, difficult. “We got through that time thanks to the support of our clients, and a huge 150 metre project called The Yacht Liner. Our team of 25 was too big, really,” he reminisces. “Luna was delivered, and we still had only two projects. Slowly but surely the work dried up,” he says.

Following the completion of the interior design on board the 46 metre Vitters built Ganesha II in 2013, Neubelt states that it was approaching game over for his time at NEWCRUISE. Eventually, he had to make the final call: “I had no choice better - I had to leave my life's work in order to avoid being limited creatively speaking due to a new and inexperienced management. I’ve always been a team player and I had a fantastic run with NEWCRUISE… I’m still sad about the situation. It certainly felt like a step backwards, more so because it was clear to me that I now had to start again from zero.” 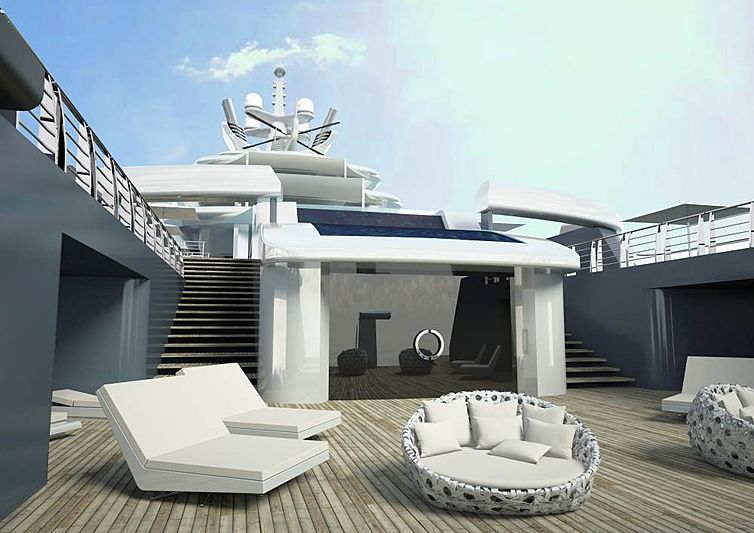 Leaving NEWCRUISE, Neubelt took a well earned half a year to sail, needing time to reflect. “I formed a lot of fresh ideas and I can highly recommend time out - it only strengthens you.” Observing the industry for a period proved fascinating research, and a relaxed period where he could focus on future trends and study technological innovations.

Fast forward to present day, and Neubelt is back on his feet, ready to exclusively reveal his latest aforementioned venture during his time with SYT: German Yacht Couture, by Frank Neubelt Yacht Designs (GYC).

The culmination of all his years of experience in both design and project services, GYC will coordinate the studio's designs via a special open-book cost process linked into an international network, with Neubelt’s position as the German Yacht Couture’s core designer and naval architect, but also as a bringer together of minds to, hopefully, realise exceptional superyachts. 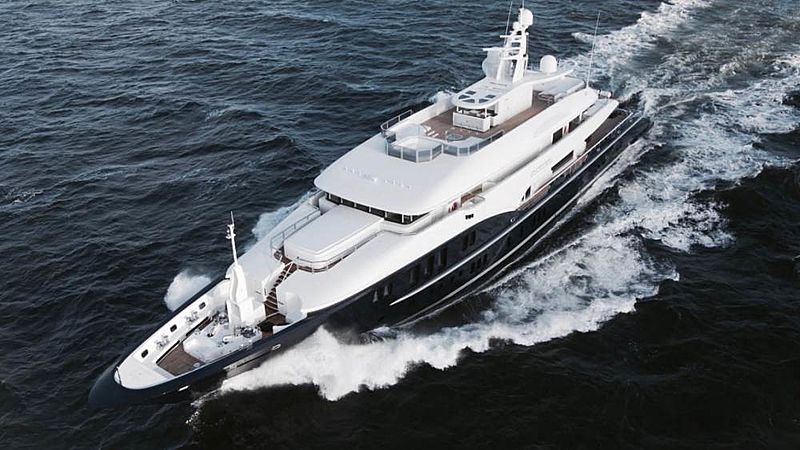 “I want to bring into this hub the best of the best, allowing clients to approach yards seriously, with well thought out concepts. At GYC, everyone involved knows the yards’ expectations when it comes to analytically basic, approved design studies,” he explains. “If you design a yacht you should recommend a circle of self-selected yards, achieving - even during the first-step design process - an initial ‘ball-park’ price indication.” GYC, based in Hamburg will assist with this process, opening its doors with a lounge concept-store showroom soon. Described as the ideal setting for team workshops and owners presentation with yards, subcontractors and a event communication location, Neubelt proudly comments: “As a visionary team player I have wished to create a collaborative concept like this for a long time.” 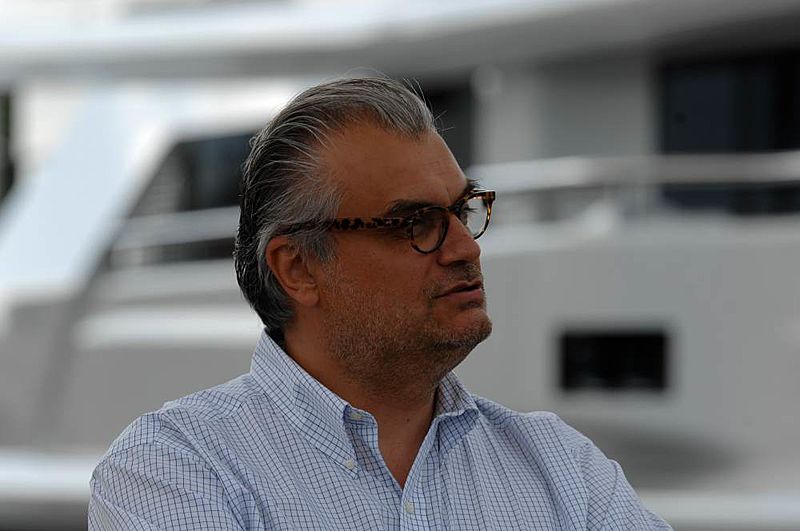 Designing functional and beautiful yachts is what Neubelt loves to do best and now, with GYC, he hopes to help make owners’ experiences of new build projects, especially from a design and user perspective, the best possible. An admirable ambition.

This article was featured in a recent edition of the SuperYacht Times newspaper. Subscribe now to receive your copy straight to your door and never miss another issue.