You might not know it, but Patrick Knowles is one of the United States’ most prolific superyacht interior designers. Starting out in the yachting world in 1989, Knowles boasts an impressive 29 years of experience in which he has successfully put his studio’s name on the map with interior design projects - and a spot of exterior styling here and there - on a wide range of sizable vessels. Although predominantly working closely with all of the major US shipyards over the years, his portfolio certainly spans the globe. Just a handful of Patrick Knowles branded projects include the refit of the 49.8-metre Feadship-built Inevitable (now Blu 470), and the interiors on board the 58-metre Trinity Unbridled and the ISA 63 superyacht. 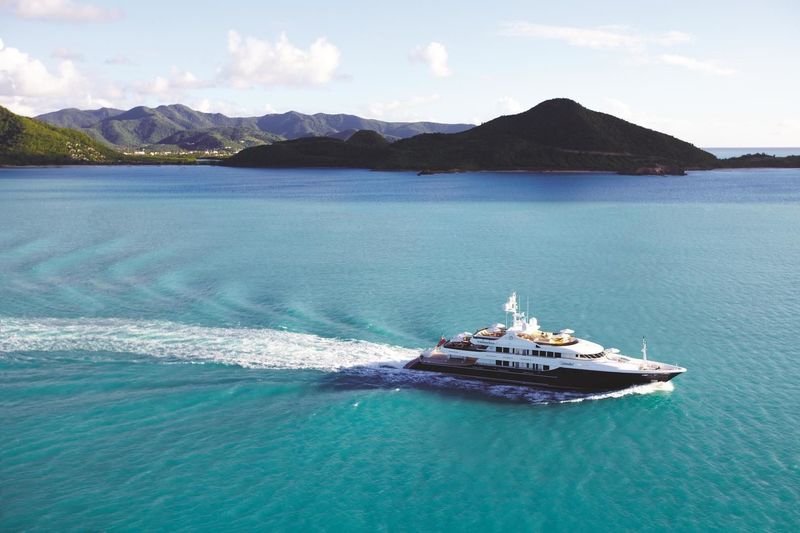 It’s no surprise of course that the portfolio of an American interior designer is heavily weighted with projects for American clients building at American yards, and with the decline of the US shipbuilding industry, it makes sense that Knowles has striven for an international approach to design. With the decline of American shipbuilders, however, and with a background in aviation design, this has also prompted a full diversification of projects underway at the Fort Lauderdale based studio, ranging from private residences to corporate offices to private planes. “We are still marine designers, but things have changed dramatically in the American market as you well know,” Knowles explains. “It is a different playing field today. As a business owner, I am looking at how I can exercise my craft as a designer which transcends many different industries.” This has not only allowed Knowles and his dedicated team to manage the highs and lows of each respective industry but also allows the team to offer clients a whole breadth of services, ultimately opening up Knowles and his team to further creative challenges.

Although Knowles offers clients the possibility to work with him on a number of private and commercial design projects, his heart is still very much in the maritime world. From speaking with him, it’s immediately clear that he is an incredibly passionate, insightful designer. But his biggest angst with the industry? Well, that the US industry didn’t keep up with the market. “It’s a little bit concerning that we are in this situation in the United States. As a rule of thumb, American shipyards cater mostly to the American owner. For that reason, the American industry was never really diversified when it came to building for an international clientele. With most shipyards we’ve worked with in the USA, only around 20% of what we designed was for international clients.” 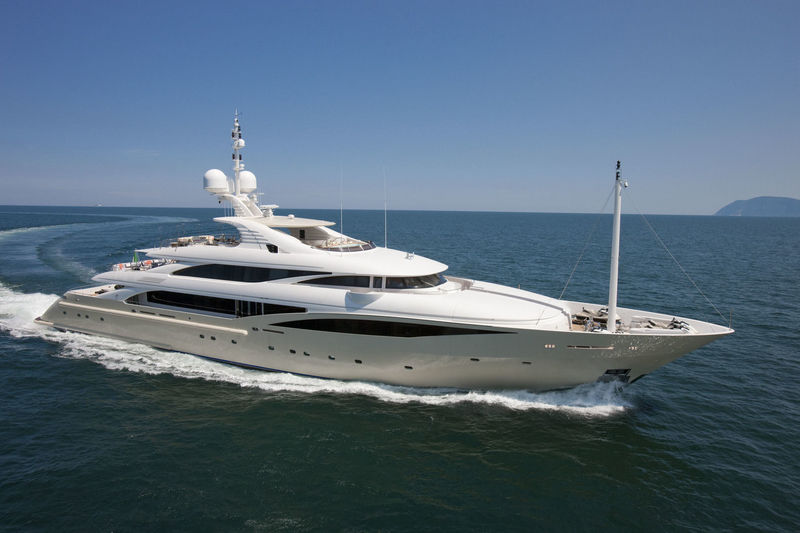 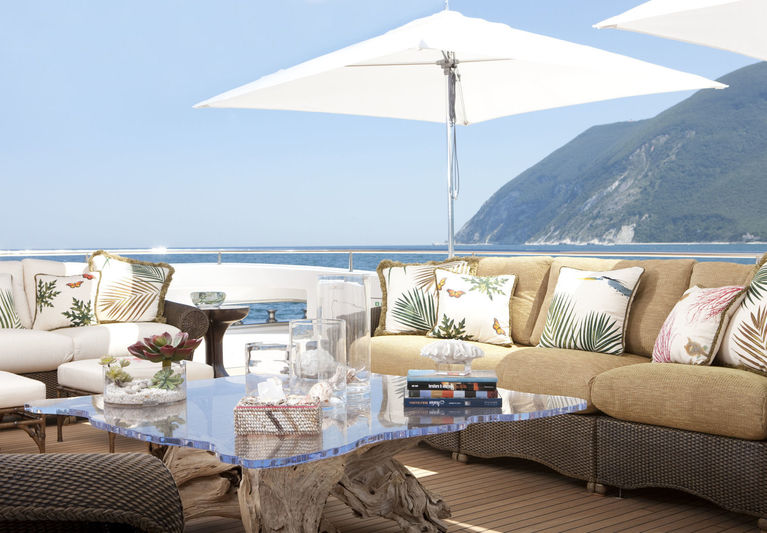 Photo: Kristina StrobelRegardless of a lack of diversity in the industry of America’s past, the American buyer is, and always has been, one of the world’s most significant buyers of yachts. This is another frustration of Knowles’, as he continues: “The American industry as a whole has - somewhere along the line - not shown its presence by standing up, waving its hands, and saying to the American consumer: ‘We’re here.’ We’re here to serve you, we’re qualified to serve you, and it would be our honour to serve you.”

If the American industry didn’t keep up in a general sense, that doesn’t mean that the American buyer hasn’t. Of course in regards to design, stereotypically American interiors can certainly be called traditional in comparison with their European counterparts, but interior tastes are shifting in the States. Knowles says that even though American clients are usually more heavy-handed when it came to interior design - not just in regards to yachts, but all interior design - there is also more of a sense of home, as an intimate, elegant space with layers of detail. He says that today, however, this is no longer as true as it once was. “We can term that stereotype in the past because today it is quite different,” he states. “Most American buyers have now embraced that more modern clean look, but it’s still different. Americans have a different idea of comfort. It’s no different to the European automobile and an American automobile. Now they have come together a bit closer, and Americans have developed somewhat of a distaste for that classic look. It’s important to remember we’re entirely different cultures, and that will always be reflected in the design.”

With three top secret projects hanging in the pipeline (one mysterious new build being built in the States, and another two clients toying with the idea of re-entering the superyacht market), Knowles couldn’t tell us much about what is on his drawing boards right now in regards to yachting projects. So, here Knowles takes us for a closer look at four superyachts that helped shape the Patrick Knowles Yacht Design Studio. 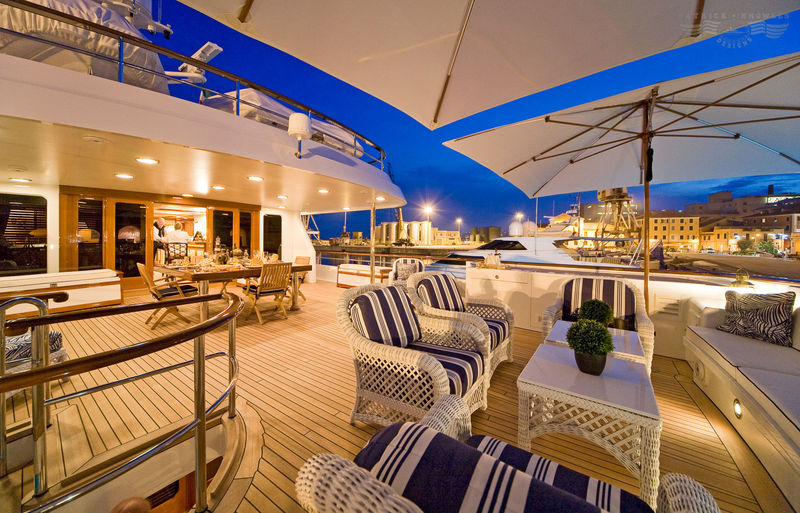 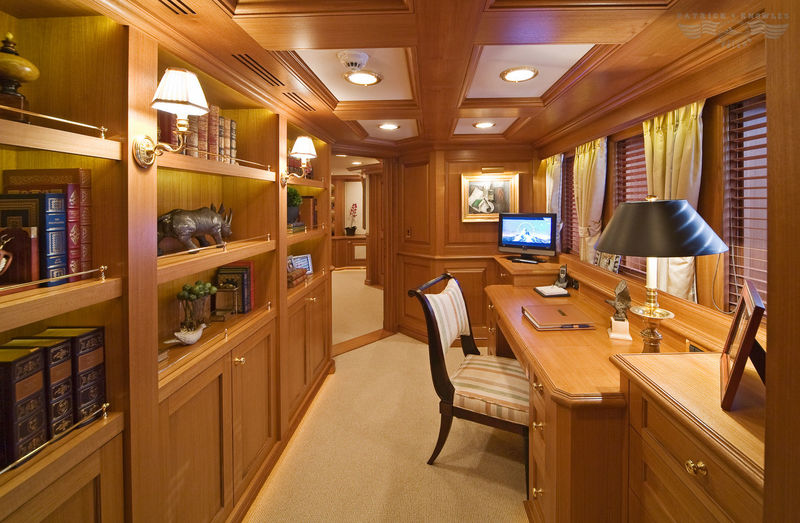 Photo: Marc ParisInevitable (now Rasa) was completed in 2001. The client was one of my very first clients - we started work on the Palmer Johnson Inevitable in 1999, and we’re still working together today on his 10th Inevitable! Again American, his first and second projects were instrumental in us having an appreciation for classic traditional. He is a yachtsman and loves classic yachting, but not the heavy, baroque-laden traditional. Actually, the latest Inevitable is a 115’ Burger which I had designed with another client 15 years ago, that he has acquired for himself because he had always admired her. One of the Inevitables (now Blu 470) was produced by the De Vries yard, and she won the 2009 Showboats Award for Best Refit. It has been a fantastic journey with this particular client. 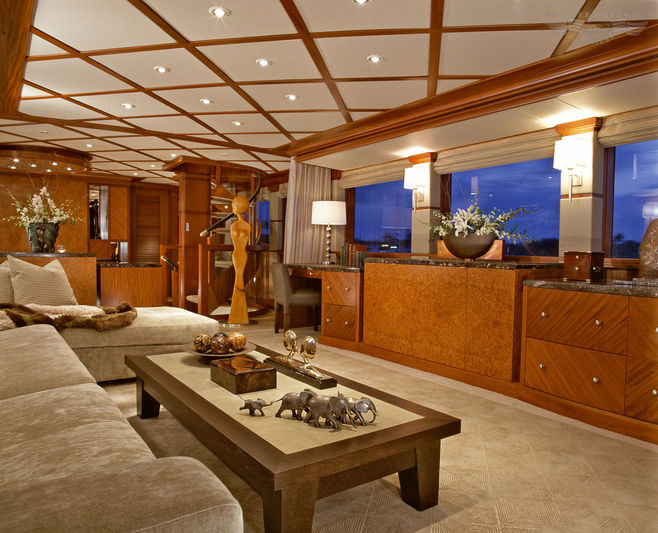 Photo: Pamela Jones
Another significant project for us is a smaller boat by superyacht standards, the 28.7-metre Best ‘N Show (now Joy Star), for another American owner. That one was really our first notable interior project in which the owner had required a contemporary but still very warm, comfortable design. Our hard work paid off, and she won the Showboats International Design Award that year for Best Design which just felt fantastic. It was really an incredible project in light of detail and in light of being contemporary in nature whilst still satisfying the American owner’s desire to have that warm homey feel without the tradition. That marked a particular turning point in the studio, and we learned a lot of great lessons that we could utilise in our future work. 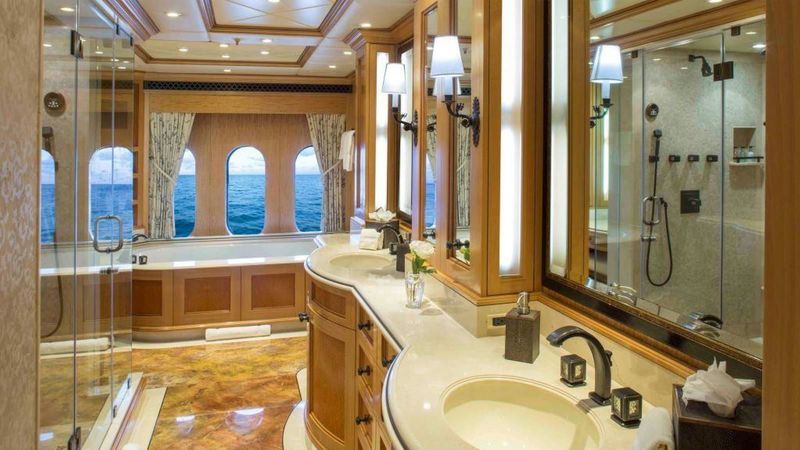 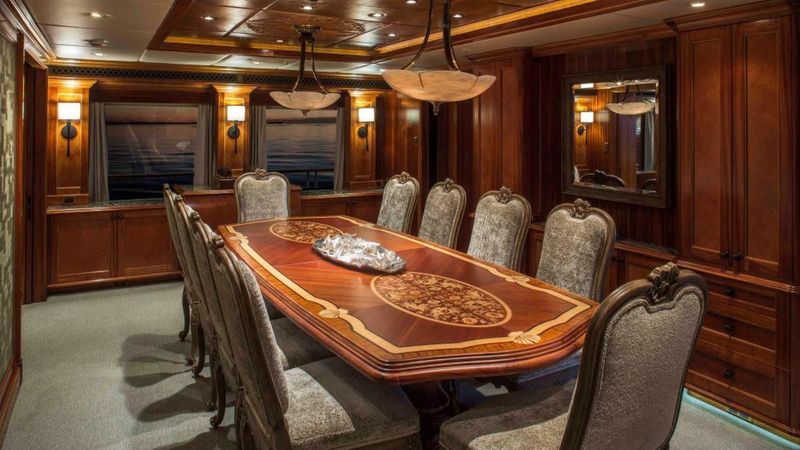 Photo: Sean GleasonUnbridled is a very traditional vessel built for an American client with a rich heritage here in the US. The owner requested an acute level of detail and finishes which really pushed our processes and became a very important project for us. We presented a wood species selection of 25 and, much to my surprise, the owner selected a total of 21… we were expecting two or three. So when I say challenge our processes… we had to finish the interior, room by room, with 21 species of wood playing major or minor roles. The result was incredible whether or not you like traditional design. There was a harmony between the veneers and a balance between the various species that were selected. So it was super complex and very challenging, but really, a fantastic result. 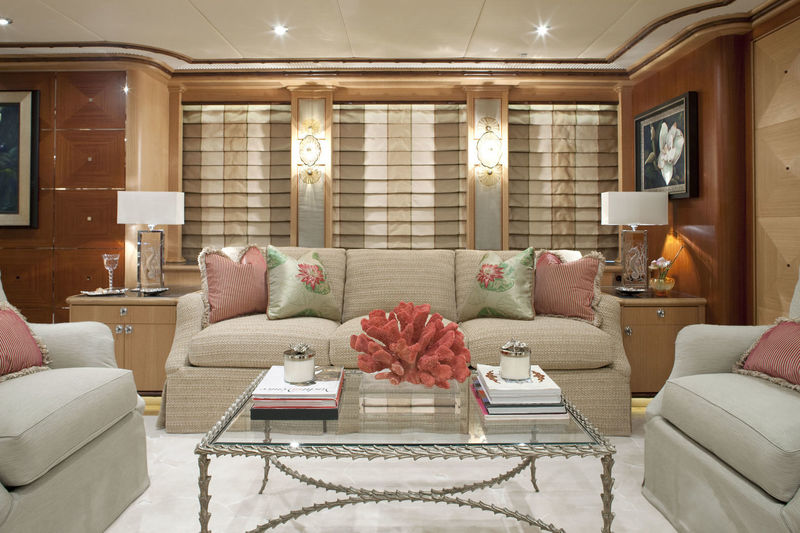 Photo: Kristina StrobelThe ISA 63 (Kolaha) was built for a Middle Eastern client who wanted a modern interior. They wanted to feel like they were in the Four Seasons in Polynesia, and so the subsequent level of detail was stunning. Looking back at my career, most of what we have designed has been very detailed though not necessarily traditional. The ISA 63 is exactly that and was built in Italy, of course. She was a turning point for us in the sense that we broke some of our boundaries. I had not designed a yacht interior with this sort of playfulness before, and it was very jovial and sophisticated. It introduced us to an understanding of a yacht that is really more conducive to what it is supposed to be used for: cruising and having fun. This yacht absolutely represents that.

This article was featured in the latest edition of the SuperYacht Times newspaper. Subscribe now to receive your copy straight to your door, and never miss another issue.