Although yacht donation programs are not entirely new, the Intelligence team at SuperYacht Times has noticed an increase in donations in recent years. Curious to discover more, we pick the brains of Mike Thornton, President and CEO at AMIkids, Inc., and Michael T. Moore, Chairman Emeritus and active Board Member of The International SeaKeepers Society and Founder & President of Moore & Company. 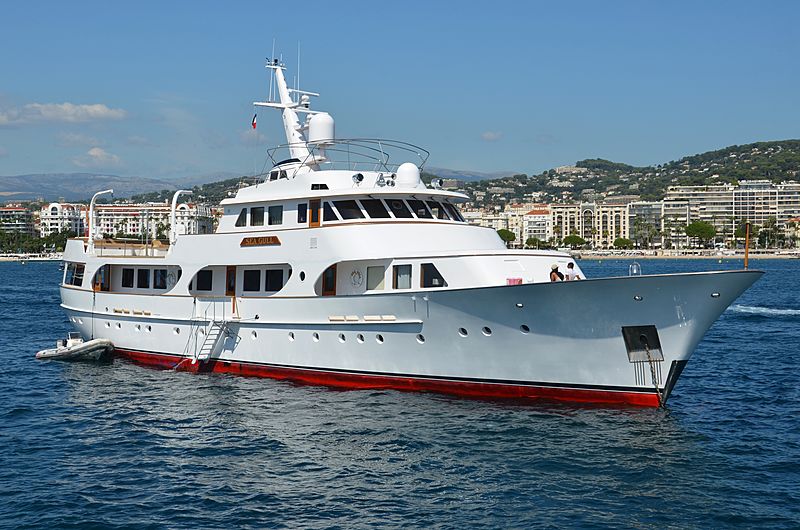 AMIkids (amikids.org) was founded in 1969 as a non-profit organisation dedicated to helping young people develop into responsible and productive citizens. AMIkids' mission is to protect public safety and positively impact as many young people as possible through the efforts of their diverse and forward-thinking staff. The organisation works in partnership with youth agencies, local communities and families.

The International SeaKeepers Society (seakeepers.org) was founded in 1998 as a yacht-centric charity which focuses on preserving the world’s oceans through scientific research, education and conservation. Besides raising money for the charity, the members themselves also actively participate in efforts to clean up the world’s oceans.

Both Thornton and Moore point out that it is important that a charity active in yacht donation meets all legal requirements, has an established track record, is able to handle donated yachts properly and, most importantly, pursues a cause that the yacht donor sympathises with. As Mike Thornton summarises, the charity must have “integrity, capacity, and purpose”. 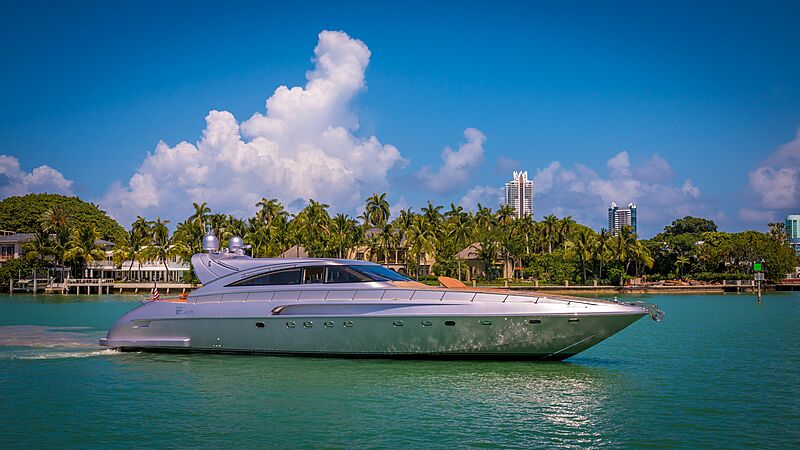 The benefits to the donor

While a yacht donor might be able to deduct the fair market value of the donated yacht from his or her taxes, Michael Moore explains that this is not the main driver for clients donating their yacht to SeaKeepers. In fact, many people who donate their yacht to his charity do not even apply for a tax deduction. The main motivation for most benefactors to SeaKeepers, he finds, is doing good by helping to raise money for the charity.

Mike Thornton also mentions a practical advantage of yacht donation: it is convenient. Upon donating the yacht, the client is instantly relieved of both the vessel and the costs related to ownership. Keeping a yacht listed for sale can mean that costs drag on, with the outcome in terms of the final sales price always uncertain, and the selling broker also needing to be paid. And, as a further benefit, there is also the possibility of a charitable deduction on income tax for the owner donating the yacht. 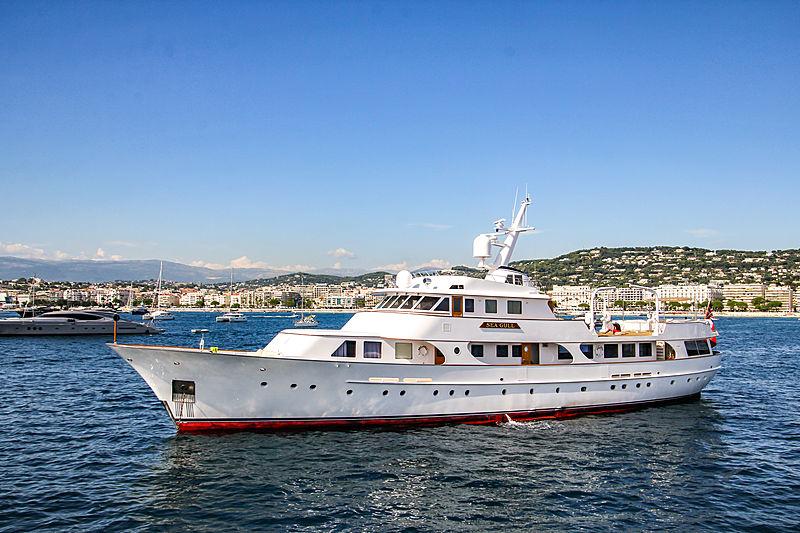 Clients taking a yacht from AMIkids or SeaKeepers receive a vessel that’s been well looked after and may have even been upgraded while the charity has been looking after it.

The structure of the agreement with the client is usually a three-year operating lease which is interest-free. SeaKeepers prefers to use the term ‘end-user agreement’ rather than ‘lease’ as the setup is similar to what is known as a ‘bareboat charter’ in the commercial shipping world. The charity holds the ownership title of the yacht, while the client is responsible for everything else.

After three years, clients can exercise a purchase option, which they usually do in Moore’s experience. At AMIkids, clients place a deposit of 35% of the lease amount, then pay 1% per month for 36 months, after which they have the option to pay the remaining 29% to obtain ownership of the yacht. 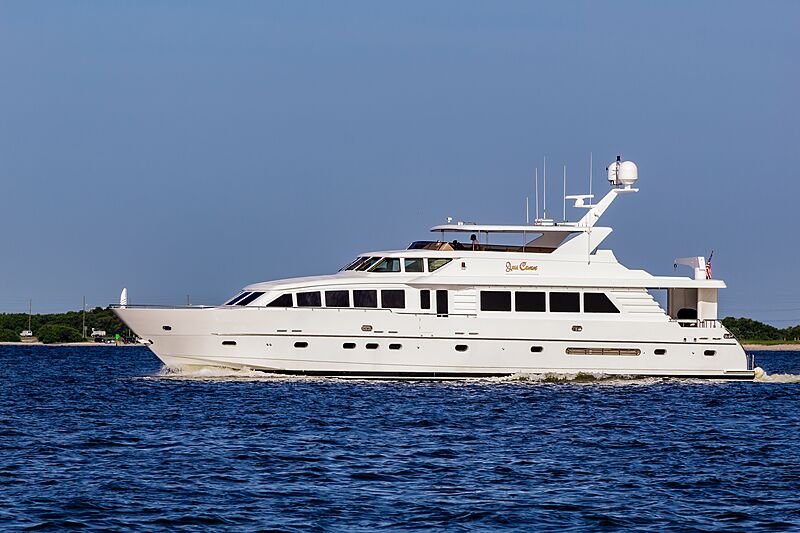 Since the founding of AMIkids’ Yacht Donation Program in 1969, 6,000 yachts have been donated. Although Mike Thornton is not sure of the figures for the earlier years, 41 yachts over 24 metres have been donated to AMIkids since 1995. The International SeaKeepers Society’s yacht donation program commenced around a decade ago. Since 2016, the charity has received eight yachts over 24 metres. AMIkids deals with many different sizes of yachts and boats, while SeaKeepers focuses more on “yachts rather than boats” as Michael Moore puts it.

Both owners donating a yacht and those taking up a yacht from the donation programs tend to come from the United States, but on both ends, clients from other countries have also been noted at both AMIkids and SeaKeepers. 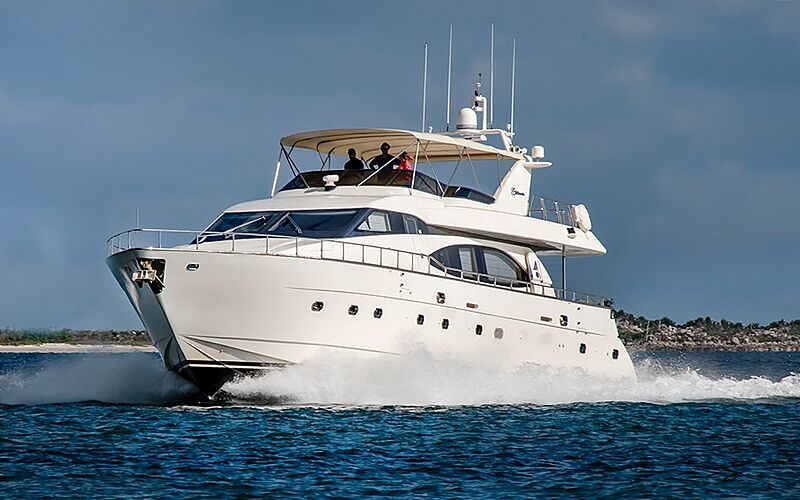 Although the majority of superyachts over 24 metres donated to AMIkids since 1995 were between 24 and 30 metres, during the past decade six yachts between 30 and 36 metres were also donated. In general, the number of donations of yachts over 24 metres to AMIkids has risen over the past five years and this has now become a common occurrence at the charity, whereas in the past there was only the occasional donation of a 24-metre-plus yacht.

Michael Moore notes a steady influx of yachts at Seakeepers of four to six yachts a year of all lengths, with no immediate indication of a rise in those numbers. The size of superyachts donated to SeaKeepers tends to be within a similar range to that of AMIkids (24 metres up to mid-30 metres), with a notable outlier being the recent donation and placement of a Damen Yachting yacht support vessel. 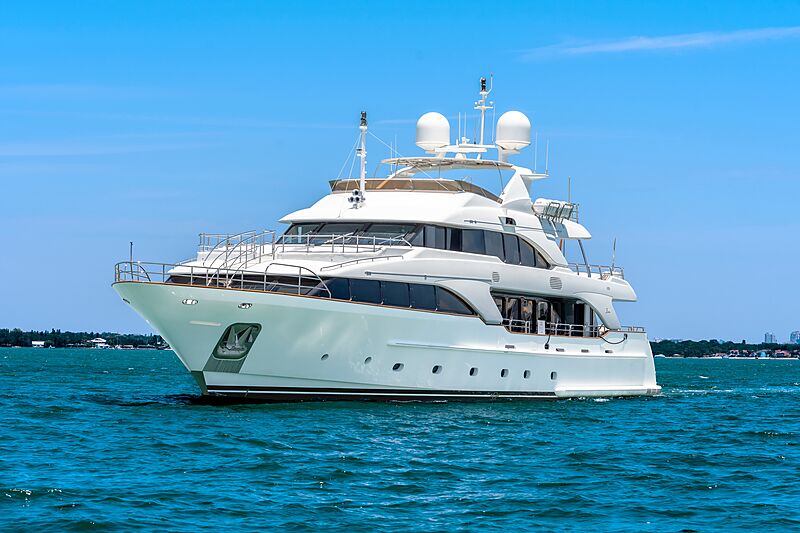 Mike Thornton sees a bright future ahead for yacht donation: “I think convenience and immediacy as product attributes have gained a great deal of value. You see this trend everywhere... yacht donation is an immediate, convenient, safe, and rewarding alternative for unsold vessels.”

Michael Moore notes that donations have remained steady despite the Covid-19 pandemic. He is pleased with the success of the program as a tool which helps to raise the funds that the International SeaKeepers Society needs to reach its goals: “We try to capitalise on the under-utilised capacity in yachting. There are a lot of boats out there that are just simply going from point A to point B. It helps a lot if we can have a scientist on board a yacht who can do some sampling underway or if we have owners who make their yachts available for educational purposes or fundraisers from time to time. All of these things work together to achieve the overall mission of The International SeaKeepers Society”.

This article was originally published in the November/December 2020 issue of The SuperYacht Times newspaper. To receive all future issues straight to your door, subscribe to the newspaper here.