John Staluppi is the epitome of the American Dream: a straight talking Italian-American, a proud New Yorker and dedicated philanthropist, coming from nothing and building his own multi-million dollar business in the automotive industry from the ground up. Growing up in the Golden Age of the American automobile industry, his first job was as a petrol station mechanic, but it wasn’t long before he leapfrogged the ranks to business owner. His success grew exponentially over the following years after convincing the then-unheard of Japanese brand Honda that he was the right guy to appoint as the official dealer of Honda vehicles in the States and the rest, as they say, is history. 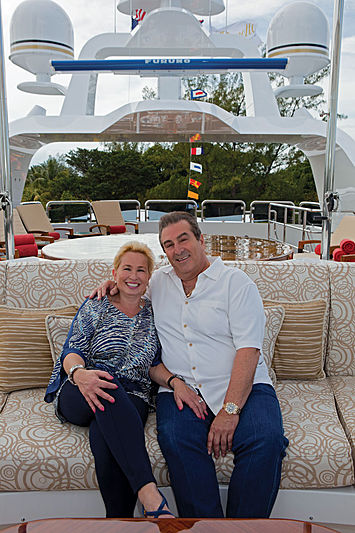 Staluppi’s success with cars stems from a fervent work ethic, but is also steeped in passion: passion for excitement, for speed and for the ultimate in big boy’s toys. His successes allowed him the financial freedom to explore this side of his character, which naturally lead to the purchase of his very first superyacht in 1985, the 36 metre Denison built For your Eyes Only. This was the first in what would become a very long line of Staluppi-owned vessels. To this date, Staluppi has owned 17 vessels, 12 of which he has commissioned himself.

Superyachts seem like a natural fit for Staluppi, and he touched on big - top secret - plans for the expansion of his empire further into the maritime industry in the near future during our interview. “We will own a shipyard soon, only big boats,” Staluppi exclusively tells us. “We’ll build 50+ metres. I’m going to make a series of boats, it will be like a production series but semi-custom, and it will probably be in Europe.”

Putting the creation of his very own brand of superyachts aside, the defining characteristics of Staluppi’s fleet are founded in two elements: speed and, rather unusually, James Bond (the majority of Staluppi’s vessels are named after Bond films). The first translates well into the other. Bond epitomises luxury, refinement, excitement. He is a character that is dangerous, glamorous, attractive and who lives quite comfortably on the edge of what is deemed possible… quite like Staluppi’s yachts. Staluppi confirms this association, saying,“I enjoy the build. I always want to create something different and something special. James Bond is exciting, everything he does is exciting, and everything we do is exciting.”

With such an extensive fleet and only a limited number of films to choose from, sooner rather than later, Staluppi is going to run out of names for his boats… but not, at least, for the next two years, which is conveniently when his next superyacht project currently under construction with Benetti is scheduled for completion: Spectre. 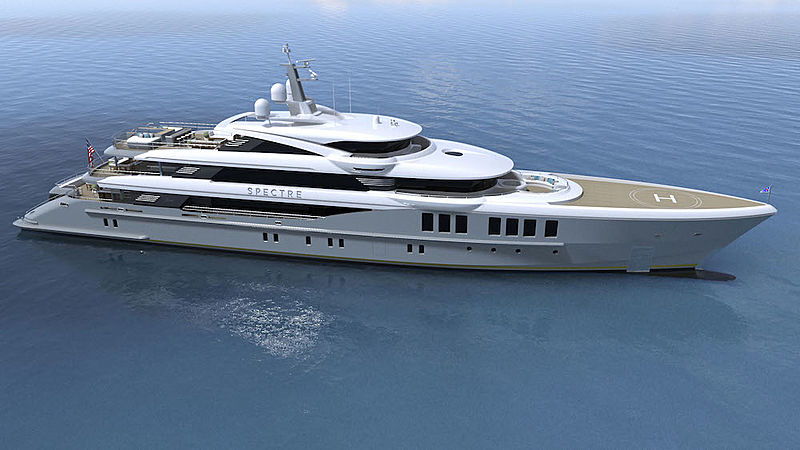 Measuring 69 metres - for now - Spectre is set to be a little bit different from the rest, with a substantially decreased focus on speed, and instead a new emphasis on the luxurious side of the superyacht lifestyle. Being built with Benetti - the third yacht that Staluppi has brought to the Italian shipyard’s door - and designed in close cooperation between Staluppi and his wife, the Mulder Design team of Holland and the in-house team at Benetti comprised of interior architect Domenico Gavagnin with exterior design from Giorgio Maria Cassetta Design, she is set to be the best of the bunch - and with yachts like the 61 metre Benetti built Diamonds are Forever, the 40.3 metre Heesen Octopussy and the 49.6 metre Christensen Casino Royale, that’s quite a statement. 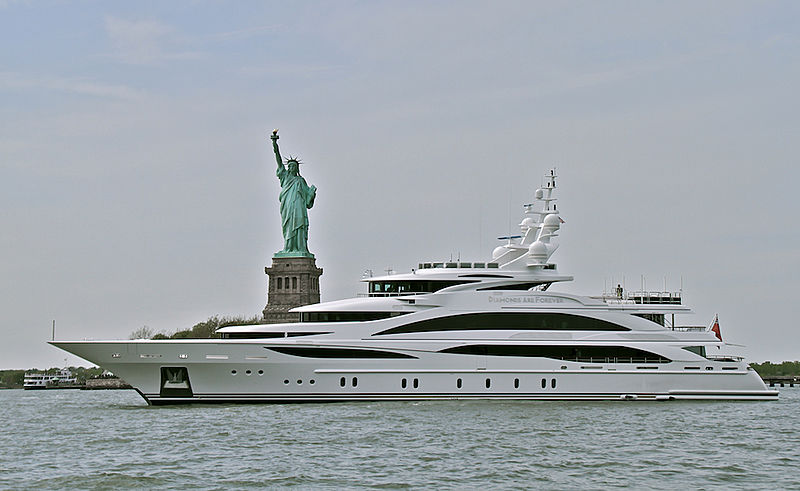 Explaining this departure from his norm, he says, “We want a lot of luxury, but we want it to be special. We want the boat to be exciting. At the same time I wanted the boat to have a little speed, so we decided to make it 21-22 knots. I got in touch with Frank Mulder and Bas, and asked them if they would like to join me on the project… They came over, we spent a lot of time [discussing the new project].

“Bas and Frank took the project, they took it to Benetti, and said, ‘Now we’re going to build Spectre.’ The boat simply started out as a 63 metre, then it went to 64 metres, then it went to 68 metres, and today we might be 69 metres, we’re not sure. The boat is going to be luxurious, a very beamy boat, and beautiful. I think that between everyone with our input, this will be one of the most exciting boats out there. We’re very critical as to what we want. I get involved with everything; we even picked out the doorknobs and the lights.”

Regardless of Spectre being the most spectacular of all Staluppi’s vessels, this - perhaps unsurprisingly - doesn’t mean that this one is for keeps. Staluppi builds yachts to sell: he is an astute businessman, a quality ingrained in everything he does. “We’re going to keep it until a certain time, until I get tired of it,” he comments in regards to Spectre. “We build a boat for sale and for charter, it’s part of my business. But I would like to travel in that boat and take it around, they will use it in the shows… I believe that this boat is going to be special.” 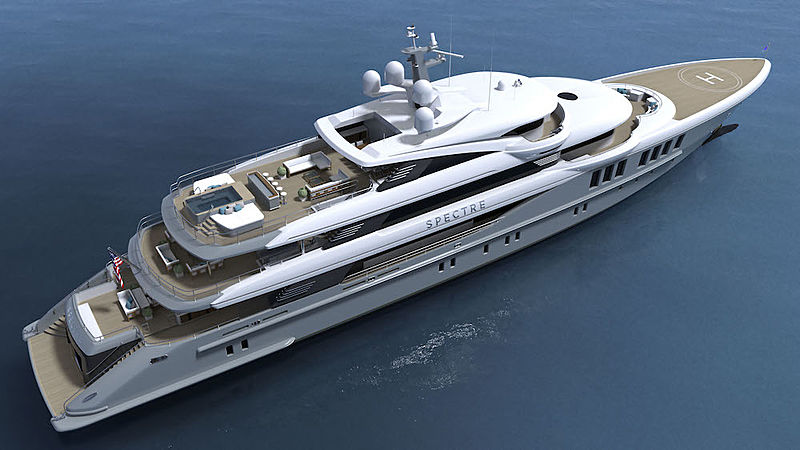 With a departure from speed, a distinct shift to luxury, the aim to build the best boat to have graced Staluppi’s ownership, and the fact that, at least for the moment, there are no more Bond names to proudly bestow upon a new vessel, will Spectre mark the end of a 30+ year of boat building for Staluppi? The answer, in a word, is a resounding no. “I might decide to go faster again. We’re talking about build a 65-66 metre, something that will do about 32-33 knots. I might want to do 35 knots, I might want to cruise at 32 knots, because nobody has done that yet. That might be the next project I’m going to do.”

The full interview with John Staluppi is featured in the most recent issue of the SuperYacht Times newspaper. Subscribe now and never miss another issue.

3 May 2016 07:00
Business
We’ve certainly been busy at SuperYacht Times since the publication of our last issue, with the team travelling worldwide to get some of the most important news and fe...