In August this year, the newly established Maha Yacht Club announced plans for an exclusive membership proposal that, they say, will ‘bridge the gap between charter and ownership.’ SYT spoke with two of the company’s three directors, Adrian Zecha and Stephen White, to find out more. 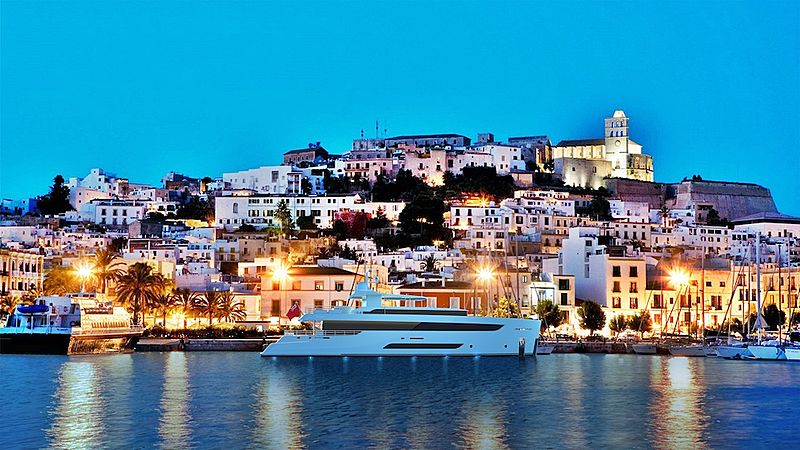 The average superyacht owner spends around six weeks a year on board their superyacht. With all the associated costs of ownership, some people can - understandably - find it hard to justify buying a yacht over chartering. Unsurprisingly the Maha Yacht Club is not the first to try and bridge the gap between charter and ownership. So, why do Maha’s founders believe what they are offering is different and what will ensure success? Well, first of all, the team are adamant that the Maha Yacht Club is a club, not a fractional ownership scheme or a timeshare, and they are targeting people who would never be interested in a timeshare proposition. Secondly, they believe that their collective pool of high-end service expertise is what will set the company apart from all others.

The Maha Yacht Club is the brainchild of Adrian Zecha, founder of luxury hotel chain Aman, Stephen White, well known yachting businessman and former captain, and Jonathan Breene, expert hotelier. When White first proposed the idea it immediately made sense to Zecha. “A superyacht is a floating villa, it’s as simple as that, and our business is hospitality.” Offering exclusive membership to the Club, which equates to four weeks a year on board (consumables at members expense) one of Maha’s fleet of six yet-to-be-built custom 36-metre Feadship’s, membership comes in at a cool €3,500,000 upfront for a period of 10 years. 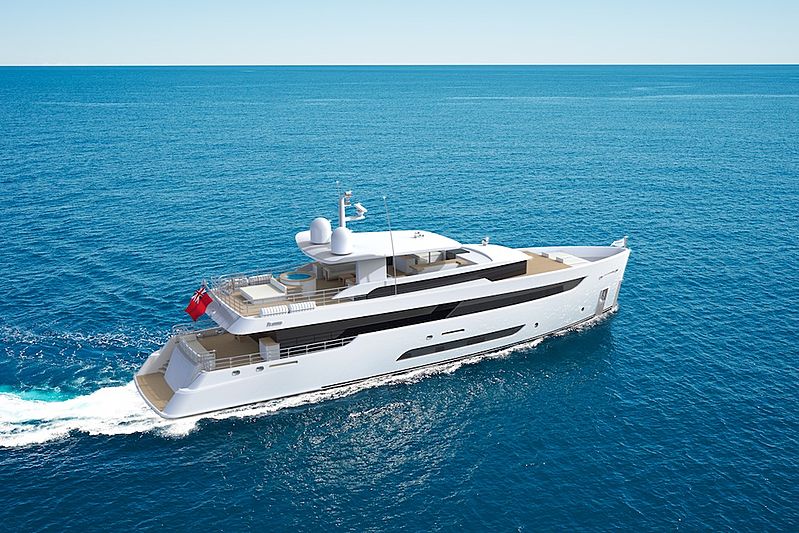 Having been under development for three years, the concept is now being rolled out and members sought. As for the practicalities, a maximum of sixty members will be allowed at any time to ensure exclusivity, with members able to sell their share through the Club should they need to exit the scheme. A rotational booking scheme will ensure fair access to preferred locations and times of year. “It’s a first come first served basis, but clients cannot say, for example, that they would like to book the same week every year,” says White. “If you want to be anchored off Monaco for four weeks every year at the end of August, then you need your own yacht.”

Service will be at the heart of every aspect of the business, which is where Zecha and Breene come in. “I had noticed that, inevitably, coastal areas and resorts always attract yachts of various sizes but they have service that may be under par,” says Zecha. “It made sense to introduce Maha Yacht Club to cater to these clients who want high-end service wherever they go.” It is the guaranteed premium levels of service that the team believes will be most appealing to potential customers. “At the moment the superyacht industry offers three choices; don’t do yachting, charter, or spend a lot of money and buy one,” says White. “You can have a beautiful platform but no idea what the service is going to be like as there is no quantifiable level. You go into somewhere like the Four Seasons, and you know you are going to get the right level of service, and that’s what I think the yachting industry is lacking.” 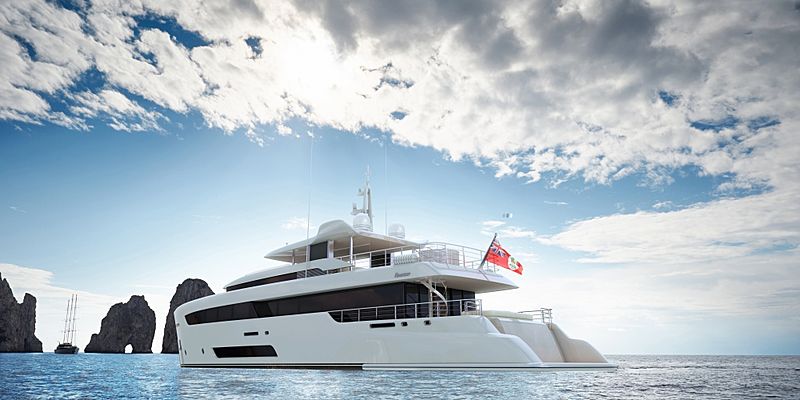 Crew will combine the operational knowledge of White with the service knowledge of Zecha, and each yacht will have a larger crew than normal – eight when compared to the the average five of most yachts of this size – to ensure absolute premium levels of service. Choosing the perfect team, whose skillset is matched by the right attitude, will be key. The team’s hopes are that, just like with a privately owned yacht, crew will get to know the members and be able to provide customised service to match. Preventing regular crew turnover will be important in realising this ambition, and whether any crew could get to know sixty sets of rotating customers to the levels the team are hoping for remains to be seen.

On the decision to build with Feadship, “We’ve got the best service, so you’ve got to have the best builder,” says White. Despite the high price tag of membership, 40 weeks [over ten years] of charter on board an equivalent Feadship would cost significantly more than Maha Yacht Club’s proposed fees and, when viewed in that light is a deal, even without the benefits of club membership added on top. That, of course, is assuming that members take advantage of all the weeks on offer to them. 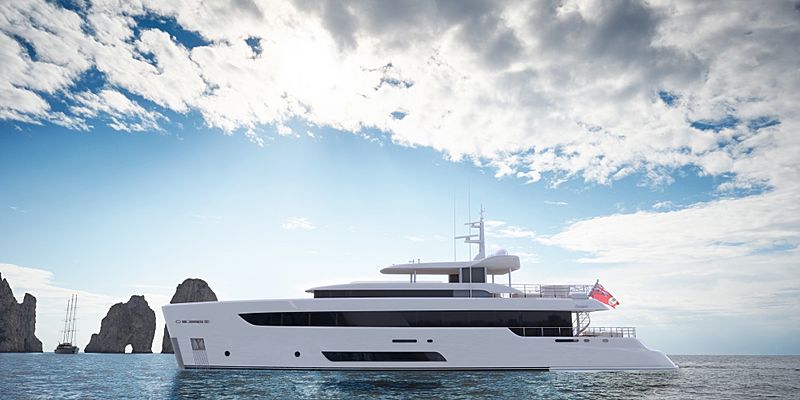 Complementing the premium yachts and service on offer to members, yachts in the Maha fleet will be kept in yachting hubs around the world. “The plan is to make the Mediterranean the central point, but there will be one yacht on the west coast of the Atlantic, the Bahamas and Caribbean, and there will also be one full time in the Thai area,” says White. “The four that sit in the Mediterranean will go elsewhere in the winter, but for the summer months, they will be based in the Med.” It is this flexibility of location that they believe will be so appealing to potential clients. “The advantage that this particular vocation has over my villas is that my villas don’t move with the seasons,” says Zecha. “With yachts you are assured of a higher seasonality aspect, when by contrast all land based resorts suffer from the issue of high seasons and low seasons.” The Maha offering will be especially appealing in remoter areas that offer little choice in charter yachts, such as Asia, and will guarantee members access to a high quality yacht, with appropriate service levels within those areas.

The Club will start with the construction of two of the six yachts once the specifications have been finalised - en route for a Spring 2019 launch date - with builds taking place in pairs. Although the team are not yet sure when they will trigger the builds of the second and third pairs (this presumably relies on them selling the anticipated number of shares to bring the scheme to full reality) the intention is to have the first two yachts in operation for Spring 2019. It was important to have multiple yachts in order to ensure that members had enough variety on offer to keep their time on board interesting, and with plenty of onboard toys and smaller support vessels to ensure guest could undertake a wide range of activities, using the yacht as their base.

When asked to predict who the Club’s target clientele might be, “My suspicion is that it will be the generation who are between 30 and 40 who have the lifestyle and who have the means, but they are not into ownership and the worry of it,” says Zecha. “Our offering is perfect for them as it is an appealing prospect that makes real sense for those looking for a step above charter but without the costs associated with ownership.”

The only challenge that remains is finding those members but, with the team confident that this will happen, it seems likely that it is not long before the first Maha-built yachts will hit the water.