Italian shipyard Mariotti has historically focused on commercial vessels, with cruise ships forming the larger part of their business. With almost 90 years in the industry, times are changing for Mariotti, and they are beginning to introduce more and more projects that are decidedly more focused on the luxury yacht side of the business. 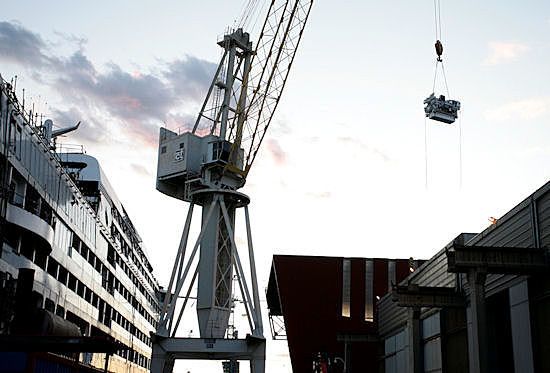 We sat down with Giangiacomo Zino, Mariotti’s Sales and Marketing Manager, last summer, who explored the future of the brand as well as hinted at the larger 100+ metre projects of which rumours have been circulating the industry for some weeks.

Starting with a brief history of the brand as well as the introduction of a current, and highly confidential project currently in build, Zino tells SYT, “Mariotti started in 1928. We grew up over the years did repairs and then conversions, and then in 1992, we became an official new builder. We currently have a vessel under construction, but I’m afraid we cannot disclose any information about it! The project came out of a competition with other yards.” 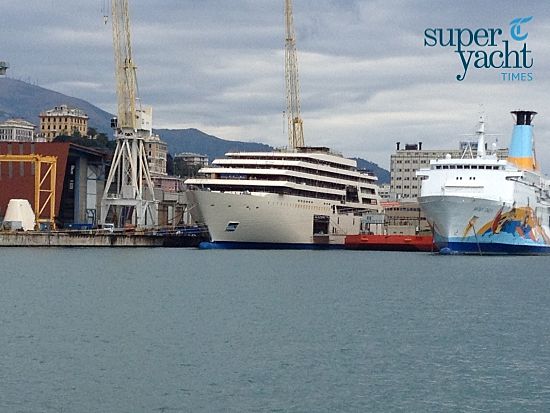 Based on Mariotti’s background in commercial ships rather than luxury yachts, the new, secretive project seems well suited to their expertise as, realistically, the vessel seems to be more of a luxury cruise passenger ship than a superyacht. Zino agrees before apologising once more for the lack of details available to the public. “In principle, that could be true, but we have heavy consequences if we disclose anymore.”

With the 54 metre superyacht Rahil delivered two years ago, and the iconic Sea Force One delivered in 2008, we asked Zino what superyacht projects the brand are currently working on. He says, “As soon as we delivered Sea Force One it became very famous because it is an eclectic ship. But Rahil is completely different. Rahil is a house, Sea Force One pushes more on the entertainment side. Rahil was a good result, and when we went to the Monaco Yacht Show, we understood that we couldn’t go only with the 54 metres, we had to invest in more.

“So at that time we created some additional platforms such as 59, 67, 73 metres while in recent times we have developed the concept for the 38, and 51 metre Sportdeck series starting from two projects realised for offshore use. They are not completed, but from the technical point of view, if an owner says, ‘I want the 51, but with a refined superstructure,’ then we can start, because at least we have done some verification on the stability as well as the speed.” 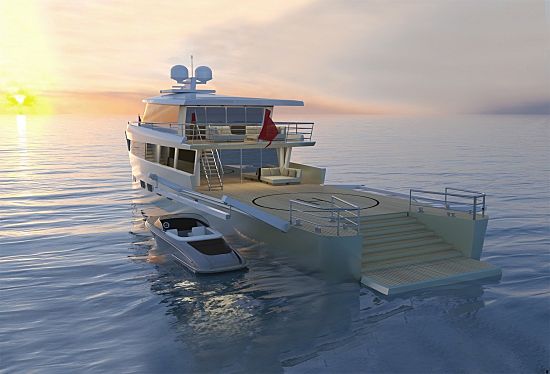 In terms of the future, we asked if the yard also want to go over 51 metres - an ironic question in hindsight. Zino replied that not only are they able to build larger, but that it is, in fact, the aim. He says, “Our goal is to break 100 metres. We did some market research and we found that there is a demand for that kind of boat, and from the technical point of view we know everything.” Asked if they have the capacity, he explains, “The two big two yards in Genoa have been merged into one single holding named Genova Industrie Navali, and Mariotti is part of that.” 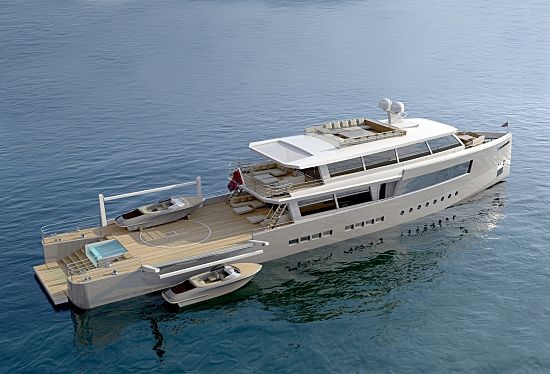 We asked if owner’s in general seem confident commissioning Mariotti to construct a large yacht. He said, “People have confidence first of all because we have an industrial background. The owner with an industrial counterpart here is ensured that the money of the lease is guaranteed. So we are financially reliable. The second thing is that technically it is our main job, and we manage the company. For the interior, it is our companies that you hire. It’s all just a matter of good coordinating.”

The full interview with Giangiacomo Zino is featured in the fourth issue of the SuperYacht Times newspaper. Subscriptions are available here.