Stepping into the shoes of the CEO of one of the most famous Italian shipyards in the world is a task that not many could confidently undertake, though following his acquisition of Sanlorenzo over a decade ago, Massimo Perotti has done exactly that. Under his leadership, the company has not only been successfully guided through the turbulent times of the Financial Crisis, but has gone through a period of rapid - and quite phenomenal - growth that certainly doesn’t seem to be grinding to a halt anytime soon.

Entering the yachting industry in the early 80s, Perotti was still a student when he met Mr. Vitelli, President of Azimut-Benetti. Immediately hitting it off, Vitelli was so impressed with Perotti that he took him on as his assistant whilst still in the process of finishing his last exams at university. Speaking with Perotti, it’s not hard to see why Vitelli would have grounds to be impressed - even at the beginning of his successful career. He’s a man with a true passion for the industry, working tirelessly around the clock with his head always in the game. In his own words, “I have been putting my heart and soul into this industry since day one.”

It wasn’t until May 2004, when Perotti was 44 years old, that he took this passion elsewhere, eager to be the Chief in Command of his own operation. And that’s where Sanlorenzo comes in. He describes this journey: “I had a lot of experience in one of the top managerial positions of one of the largest shipbuilding groups in the world, but I desired to become the entrepreneur myself. At the time, Sanlorenzo was listed for sale. Mr. Jannetti had no children to pass the company on to, and so asked me to work beside him for a year to be sure I deserved to take his baby. Most importantly, he needed to be reassured that I would develop the company following his philosophy, a philosophy that included no large scale production, made to measure products, and personal relationships with each customer always with quality and service at the top of his goals.” 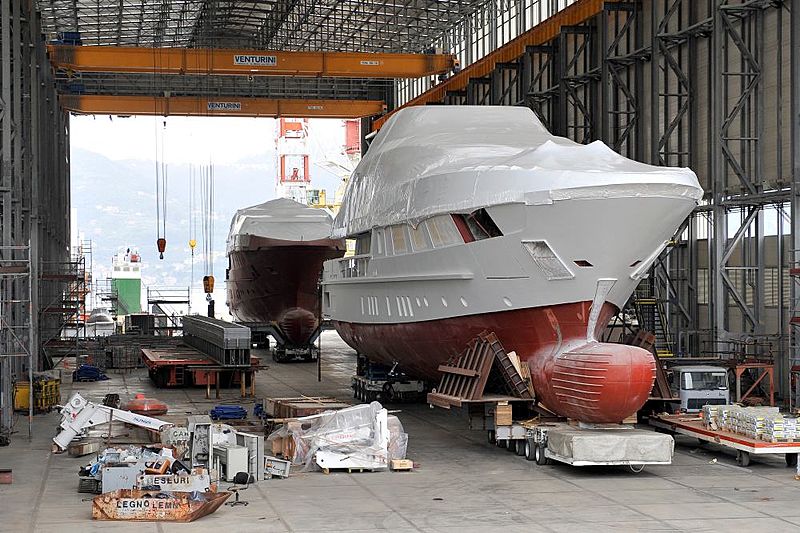 Despite rumours of disagreements in the aforementioned Sanlorenzo philosophy between Jannetti and Perotti, Perotti insists that this is untrue, and though Sanlorenzo has indeed seen constant growth since he took over the company, an aggressive expansion plan was never the intention. Since the beginning he has respected the wishes of the company’s founder, as he tells us, “Today we still build 30 yachts per year, which are now, of course, larger because of the market demand. I always try to remember Janetti’s way of doing business, and that’s a key-point in the heart of Sanlorenzo's branding. I learnt from Jannetti the philosophy “tradition and innovation” and I improved the product by technical innovation and design, always without forgetting the tradition of the brand throughout the years.”

It’s clear that Perotti truly lives and breathes Sanlorenzo - an admirable quality that is perhaps reflective of the leaps and bounds the brand has taken over the years. This actually isn’t just a turn of phrase in the case of Perotti who, for the first eight years of leadership at Sanlorenzo, lived aboard a Sanlorenzo vessel near the shipyard facilities. Describing his dedication to learning his product inside out, he says, “I liked the idea of learning everything I could - both good and the bad - of my product. It is essential for the Chairman as well as technical people of a yachting company to know the characteristics of the yachts built by the shipyard and to understand how to improve it.” 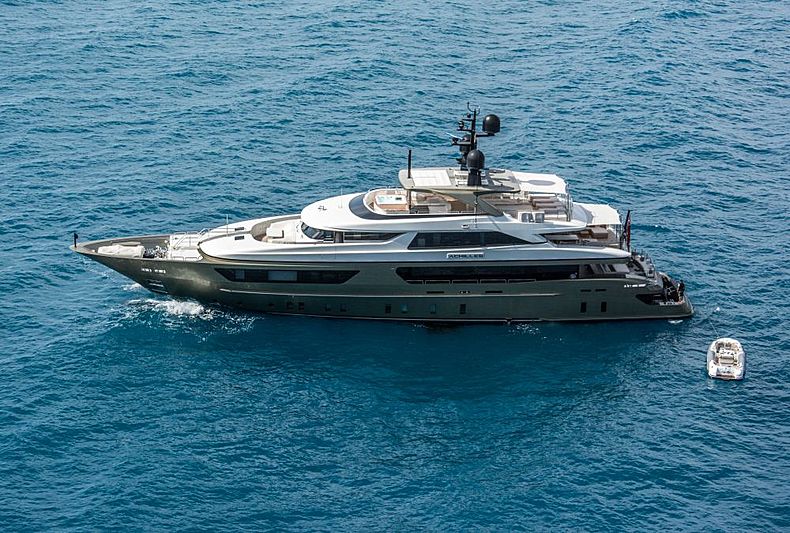 “At the weekend I used to go back to Torino where I have my main residency,” he continues. “I owned a SD 92 named Coco a few years ago; now I move from one yacht to another depending on the tests/prototype needs. I keep boating to three months per year in the summer.”

We managed to catch Perotti amidst his summer yachting excursions recently, who gave us a frank insight into the world of Sanlorenzo.

Following a tough period you attracted new investors in the company in 2013, Sundiro. Part of the agreement is to build 10 to 20 metre boats. Is that still the case?

In 2013 we carried out a capital increase in order to support the company through the heavy crisis. The new partner today owns 22% of Sanlorenzo, which is an important minority stake in the company. With this partner we planned to build yachts below 20 metres in China together but from 2014 onwards the market has shifted and we have decided - in total agreement - to stop this project and await future developments of the market in the Far East.

You also have a lease of the San Marco shipyard in La Spezia. Is the market for 50+ metre yachts becoming more important for Sanlorenzo?

Cantieri San Marco has been the right investment at the right time. Our strategy is to split the company into two strong divisions, comprised of the Yacht Division contributing two thirds of the business, and the Superyacht Division, representing a third of the business.

The San Marco shipyard has the capability to build yachts above 100 metres, but we have no intention to enter the megayacht market. Sanlorenzo’s philosophy is to grow slowly, taking care of our customers. We have built eight units of 46 metres in steel (the 46Steel) in the last six years, four of whose owners are now asking the shipyard to build yachts exceeding 60 metres. As a result, we are now producing 58, 62, 64, and 66 metre yachts for these customers respectively, all to be delivered in 2019 and 2020. 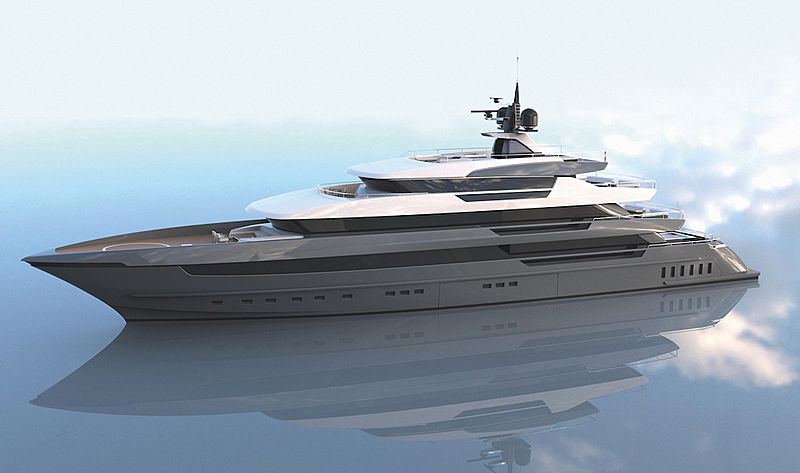 You also have plans to rebuild the Ameglia shipyard. Is that ground-breaking plan going ahead?

Yes, we are going to double the size of Ameglia shipyard within 2018 and extend production capacity in both Divisions: in the Superyacht Division acquiring CSM shipyard in La Spezia in 2016, and in the Yacht Division, expanding its facilities with the new shipyard in Ameglia within 2018.

In 2014 you were appointed Chairman of UCINA, resigning just a year later stating that the Association lacked the proactive attitude and positive thinking required to put your initiatives into practice. How is your relationship with UCINA today?

My relationship with UCINA has always been very good. Today I am a Past President that is still very active inside UCINA. I strongly believe there was no need to start a new association (Nautica Italiana). I think it is more appropriate to openly discuss matters inside UCINA, improving the Italian nautical association as much as we can. I personally think it is an international embarrassment for the Italian Industry to split the nautical association into two.

My resignation from the role of President happened in order to avoid the risk of certain shipyards leaving UCINA, but my sacrifice was not enough. It seems that my Italian colleagues, the big companies with big business worldwide, find it hard to accept the democratic rules of an association which has to act in favour of all players. 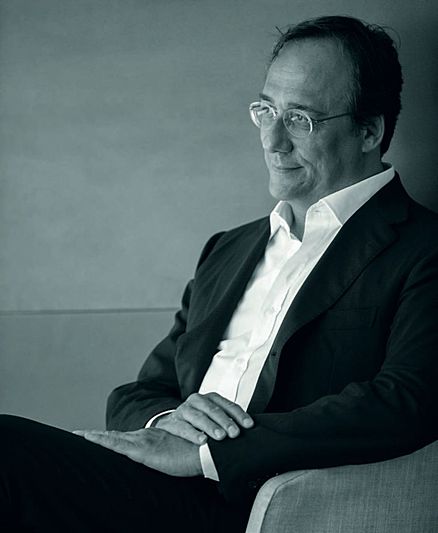 Considering the massive growth of the company over the past decade, where do you envision Sanlorenzo in another decade?

My vision for Sanlorenzo for the next decades is further growth of 20 to 30% taking us to a turnover of €300 - 350 million; continuous improvement of the product with technology and design innovation to satisfy the new demand of the market; continuously improve our level of service; to come closer to the top quality Dutch and German top shipyards. We believe the top side of the market cares a lot about quality and service regardless of price, and that is precisely the side of the market we’d like to be.

This article was featured in issue X of The SuperYacht Times newspaper. Subscribe now and never miss another issue.