Based on one of the most southernmost tips of Britain, nestled away in the beautifully sleepy and surprisingly beautiful town of Falmouth, is Pendennis. A shipyard that has been in the game for over three decades, their portfolio consists of some of the most technically challenging yet rewarding transformation projects, impressive refit projects, and an array of new build superyachts - both motor and sail - that are destined to be sailing the Seven Seas for years to come. With a substantial investment in facilities over the past few years, the sheds at Pendennis are full to capacity with no quiet period looming on the horizon. So, we asked joint Managing Director, Henk Wiekens - what’s the secret to success? 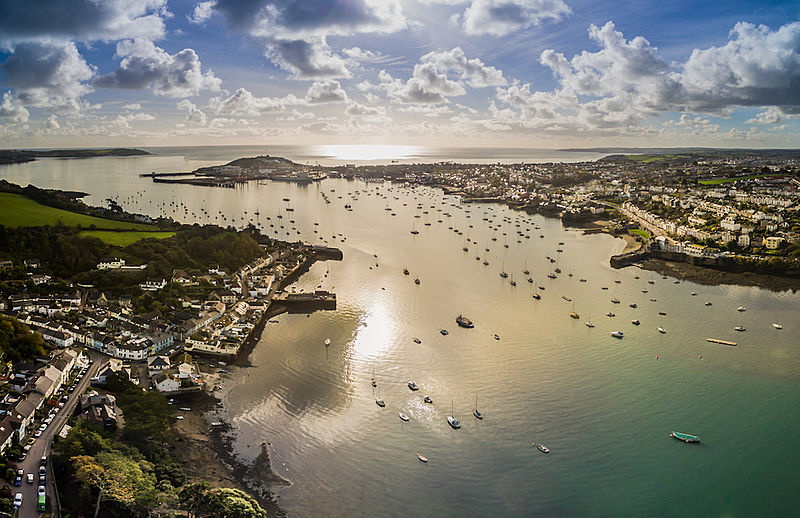 Born in Holland, Wiekens journey to Pendennis started in the late 60s, just north of Amsterdam. Working for a small local shipyard, he learned his boat building skills at a relatively early age and by 1978, at the tender age of 25, he made the leap to building his own boats with a friend. Working with a similarly aged client, together his partner and himself built a small ketch from scratch - a ketch that went on to sail the world - and he was hooked. Moving to New Zealand together with their families in the early 80s, Wiekens continued to build boats - successfully. 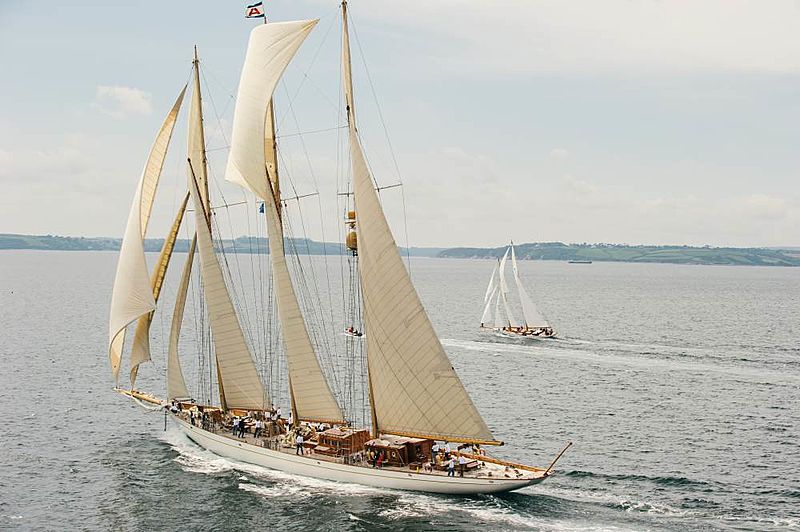 So successfully in fact that what would become the Pendennis yard we know today invited Wiekens over to Falmouth to contribute to a small project. Accepting the invite from Peter de Savary - owner at the time - the initial invitation soon developed into a little more than originally anticipated: “Pendennis were building a couple of 12-metres for the Blue Arrow campaign in the summer of ‘88. During that time it became clear that the 12-metre market was gone for the America’s Cup. They then wanted to go into the superyacht business, so I was invited to set up the yard here and to take care of the construction of the first yacht, the 37-metre Taramber (now La Cattiva)... It was supposed to be a period of 18 months but, as you can see, I’m still here!”

One of the contributing factors to the permanent extension of Wiekens stay in Falmouth was the introduction to Mike Carr, six months after landing in the UK. Carr, who had worked with Vosper Thornycroft for a number of years, came from a more formally trained background in naval architecture and with an entirely different approach to business. It was in 1993 when Wiekens and Carr decided to take the leap with a management buyout, helped by De Savary. Now, they are - perhaps rather unusually - joint Managing Directors, an arrangement that continues to work to this day. 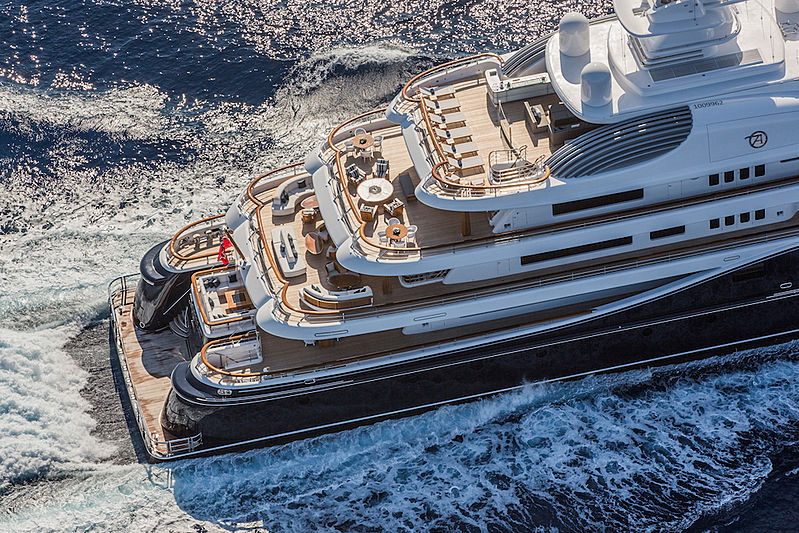 One of the principle elements of future proofing in recent years is most definitely the significant investment in the development of the yard’s facilities. Coming in at an eye-watering £24,000,000 and taking a number of years, Pendennis increased their capacity with three new sheds for new build and refit projects from 30 to 100 metres, as well as an enclosed yacht basin. The tangible benefits of such was immediately tasted at the yard, when the largest project ever to come to Pendennis, Aquila, in the summer of 2015, was apparently eager to be the first to experience the new and improved Pendennis shipyard. “After we increased our facilities we were taken to the test quite quickly,” Wiekens reminisces, “basically the concrete of the new facilities was still curing when she came in!”

Though Aquila is one of the most important projects undertaken at Pendennis in recent years, Wiekens warmly remembers an altogether different project some 20 years previous, a project in which he attributes to the possibility of essential growth and development at the company. It was 1995 when the 1903 schooner Adela was first welcomed into the Pendennis family. “Adela has fantastic owners and for me personally Adela will always have a big soft spot because she made so many things possible,” he says. “That’s the same with Rebecca and Adix as well. It was fantastic to have the opportunity to be so heavily involved from the word go, and working with the owners on that. These boats are landmarks.” 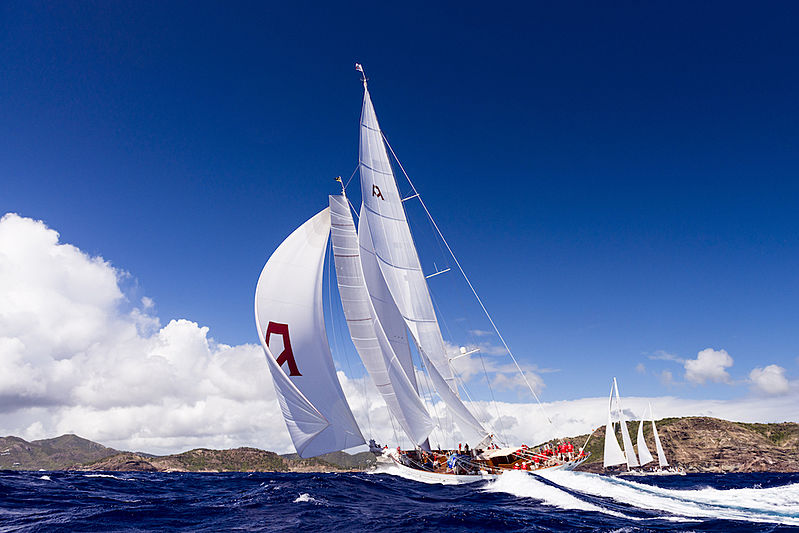 The design challenge presented by Adela was to incorporate every conceivable modern yacht system and convenience into the interior without losing the je ne sais quoi of the original W.C. Storey design. Today, Adela cuts a classic profile blending traditional fittings with modern technology within her sumptuous interior as well as on deck. Since her initial restoration Adela has returned to the yard for remodelling work in 2000, during which she had a 5-metre mid-ship's hull extension, and for routine maintenance refits at both Pendennis facilities in Falmouth and Palma in 2006, 2012 and 2015. Speaking fondly of the project, Wiekens says, “A boat like Adela, 1903, a lot of purists had a lot of criticisms at the time, but since she left the yard in 1996, she’s done so many miles and the owners have so much fun with it. Adela really has been all around the world and races and sails… It really has been great.” 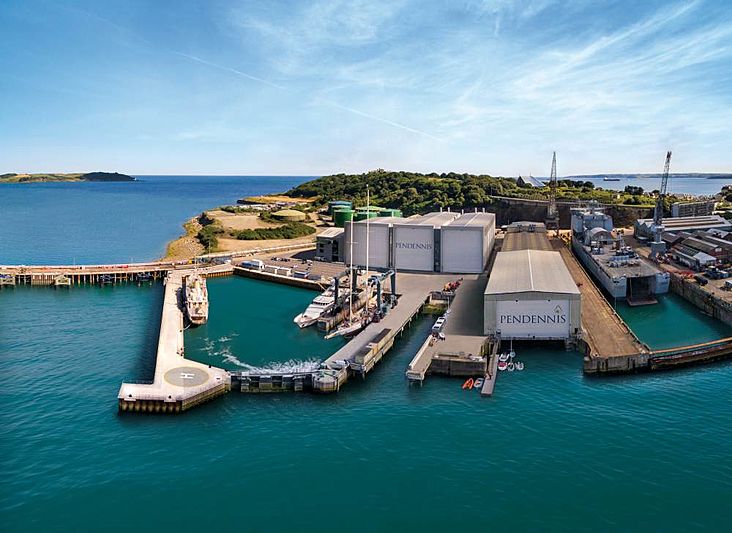 But it’s not just beautiful classic sailing boats that comprise Pendennis’ refit and transformation portfolio (though there are a fair few, the 1928 Fair Lady and 1930’s-built Shamrock V both from Camper & Nicholsons as well as the 1915 Herreshoff-built Mariette of 1915), and they are no strangers to large, modern superyachts. One of the most recent examples is undoubtedly the aforementioned 85.6-metre Aquila (ex; Cakewalk), which was redelivered to her owners in summer 2016.

The largest yacht to grace the yard - made possible of course by that substantial investment that proves to be reaping the rewards - and the largest refit project ever undertaken in the UK to date, the scope of the project at hand was daunting to say the least. A complete revitalisation of all five deck levels required the interiors on board to be stripped back to bulkheads across most areas, and saw the addition of a 60 square metre private deck area, a complete repaint, extensive technological upgrades and the rebuild of four generators - and that’s just the tip of the iceberg. The result is, what the company believes, a new benchmark for large refit yacht programmes, a statement that would be hard to argue with. 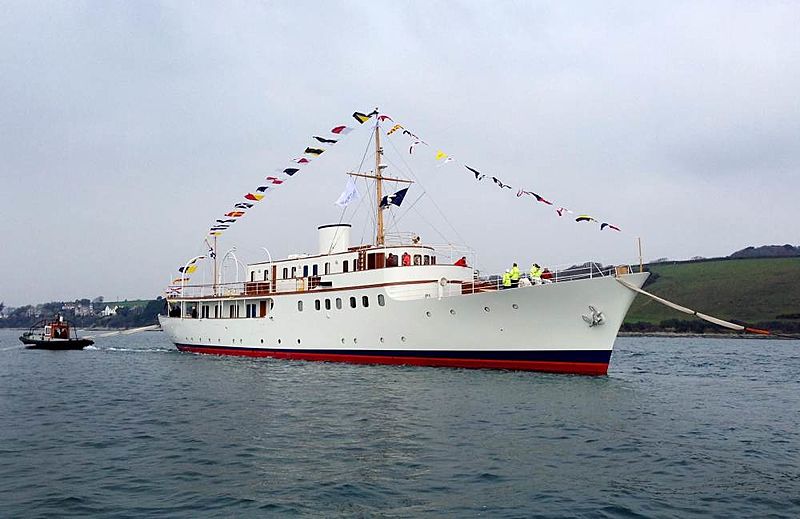 Even though many in the industry have now come to automatically associate the Pendennis yard with refit and rebuilds, there are still plenty of new builds in Pendennis’ portfolio, including the largest privately owned luxury sailing catamaran in the world, the 44.2-metre Hemisphere, the 55-metre explorer yacht Steel (which was back home in the yard at the time of writing boasting a brand new paint job), and the 46-metre Ron Holland designed ketch, Christopher. Commenting on this assumption, Wiekens states, “We certainly do have more of a reputation now as a refit yard because more boats come through the yard, but for us, the big business plan was always a mix of both: new build and refit.”

So with such a varied and impressive portfolio, what is the secret to this steady success over the past quarter century? Of course long term visions, future proofing the company with investment and development, an attractive offering to both new build and refit markets, all come into play. But one of the most important aspects of their secret to success is their commitment to people. During my time at the yard, I met people from all sides of the business: from MD, to Marketing Director, from Project Managers to apprentices. People who have been at the company for a matter of months, people who have been there since the very beginning, and from the atmosphere and the attitudes I was presented with, it was obvious: Pendennis care about the people that work for them. 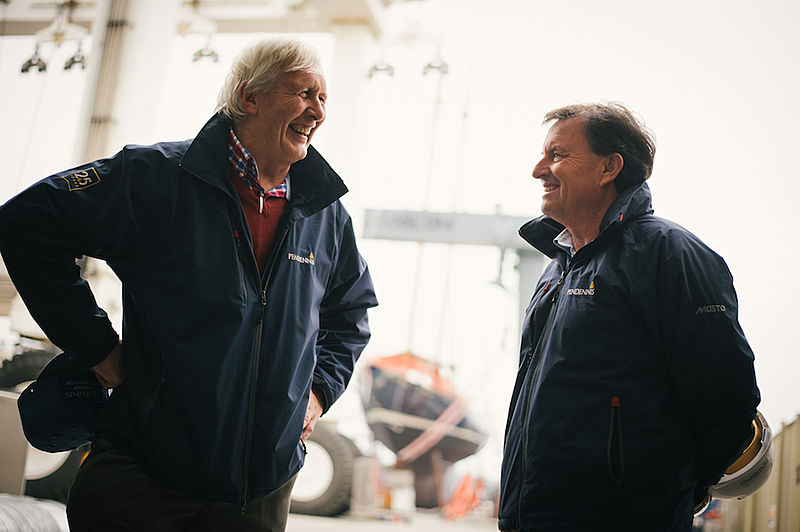 The almost family like nature of the business of course makes logical business sense: happy employees equals increased productivity and a more dedicated, passionate work ethic, which of course then plays into the success of a project and the quality of the end result. And, realistically, this is probably a huge contributing factor when it comes to clients coming back again and again and again. Wiekens says: “What we’ve got here is a big variety of how you can do things differently and just give a personal touch. A yacht is not just a thing to have, it’s a thing they want to put their own creativity and energy into. Clients don’t need yachts, they want them. If the experience isn’t fun, then they will never see you again.”

So with nearly 30 years’ under their belt at the top, what’s next for Pendennis? “Mike and I are on the runners right now, not on the helm!” Wiekens laughs. “We’ve put ourselves in a position where whatever the market will do, we will be able to adapt to it very quickly, and it’s not dependent on Mike and I. We have set out a long term strategy - as you can see with the investment we have done - and that is not just for the next two years. We’re now set up knowledge and skills wise to easily continue for another 30 years. The long term strategy is for another two, three, four generations to continue with this company. Boats will be different by that time, but I think boats like Adela, for example, will still be around. They still need to be looked after over the years, but these are boats that are going to be timeless.” With passion and people at their core, Pendennis certainly looks set to stand the test of time. 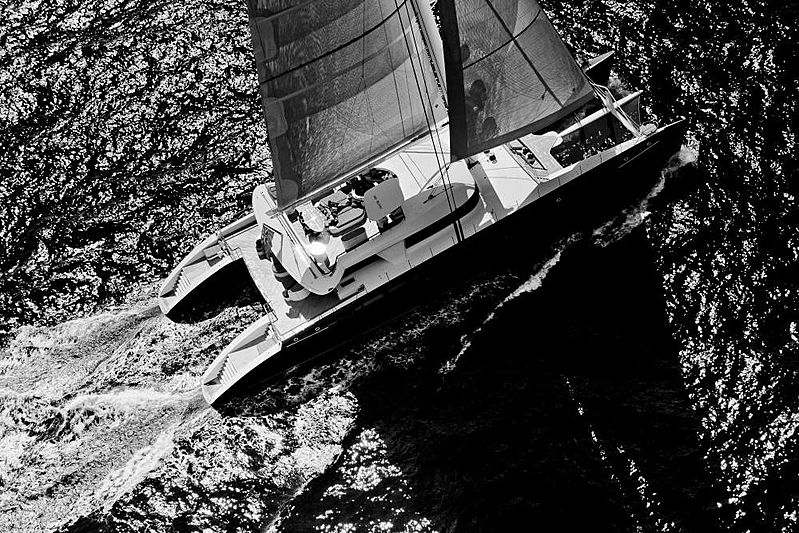 Superyacht of the Week: Acquiring Aquila