Fully comprehending the Camper & Nicholsons brand and all of its facets is - to most - an arduous task. Undergoing rather radical though progressive transformations over the years, the British name has gone from one of the earliest and most important builders of luxury yachts in the world to, today, one of the most important brokerage firms in the business. Impressively, whatever direction they have taken, Camper & Nicholsons has managed to adapt, continue, and be at the top of their respective sector. Here we talk to President/CEO of the company, Paolo Casani, who talks us through some of the most important developments in the extensive restructuring of Camper & Nicholsons International (CNI) in light of several significant acquisitions over the past two years. 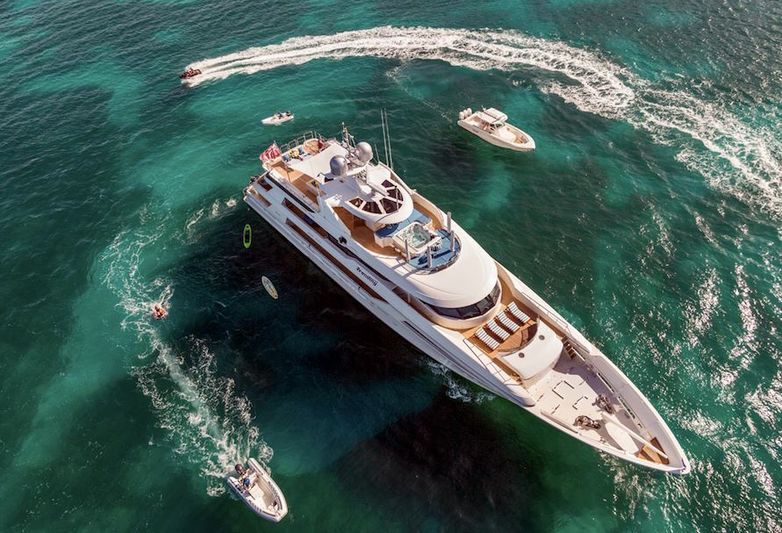 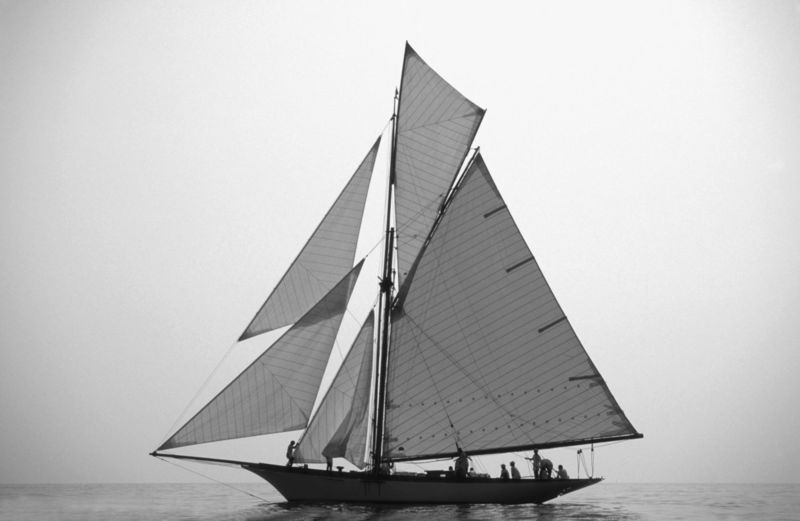 A number of significant changes to the company subsequently took place, but it was in 1991 that Nick Maris, the Chairman of the board of Camper & Nicholsons Yachting, approached George Nicholson to merge Solidmark with Camper & Nicholsons International. Agreeing, the firm steadily progressed over the next decade, and in 2001 was acquired by the Rodriguez Group.

Fast forward 13 years later, in 2014 the company was once again acquired, this time by the Swiss-owned Colosseum Services after the financial collapse of The Rodriguez Group. And now we get to the most recent big news at Camper & Nicholsons International when, in 2015, Fincantieri took a 17% share, followed by Chinese investors in the form of Lai Sun Development Company who took a sizeable 50% share in the company in September 2016. Paolo Casani also joined the brand in 2015 as the new President.

The investment announcements did not stop there, however, with Fincantieri upping their share in December 2016 to match that of Lai Sun’s at 50%. This coupled with the addition of Cromwell Littlejohn as USA Commercial Director earlier this year, and Fabio Ermetto as Chief Commercial Officer, and it’s very clear that Casani and Camper & Nicholsons International’s shareholders are pulling out all the stops in a serious overhaul of the firm in a plan which Casani comments have been specifically designed to push the company into the next generation of yachting and safeguard it for the future.

The hiring of Casani, Littlejohn and Ermetto particularly demonstrates the tangible movements forward for the brand, signifying their real desire to build and maintain a tight team of yachting experts who are, in their own right, highly regarded figures of the industry. In addition to experienced brokers such as Alex Lees Buckley and Fernando Nicholson, Casani comes from a background of high fashion, working with revered luxury brands such as Armani, Valentino and Calvin Klein, and was the former CEO of Azimut, whilst Ermetto has a strong background in boatbuilding, starting his career at Benetti as a naval architect before working with both Fraser and Heesen Yachts in the Netherlands, then again returning to Benetti as CCO. Littlejohn also has plenty of real yachting experience under his belt, first as a superyacht captain, then as a successful yacht broker in a career spanning three decades. 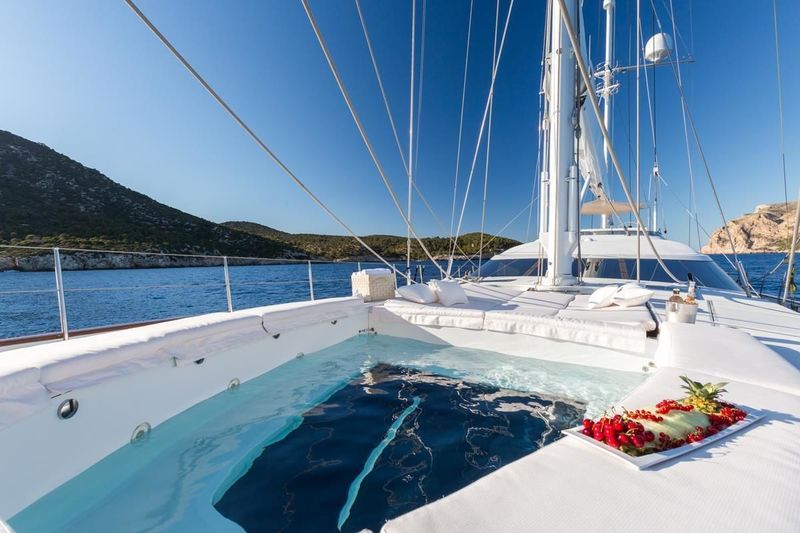 The 51.8m sailing yacht Q, for charter with Camper & Nicholsons

Several other initiatives further demonstrate that the strategic restructuring of CNI is more than just talk. One of which is the diversification of their services. Announced at the Monaco Yacht Show 2015, the three new divisions are comprised of yard services, powered by Fincantieri, financial services, offering clients pre-packaged financial solutions in the US and EU, and insurance, starting a joint venture with a leading insurance broker. Furthermore, the New Construction Division started at the beginning of the current year, supplying the service of project management to owners of new constructions to reinforce the core business. These services will work to offer a one-stop shop of ease, convenience and quality when it comes to CNI’s client base, but, as Casani told us, it also helps to manage the inevitable unpredictability of the brokerage game.

We can also quite clearly see Camper & Nicholsons International thinking outside the box with initiatives like YACHTSTER. Though the future of YACHTSTER is still somewhat unclear, the concept is a potentially fantastic innovation in the superyacht industry - opening the doors to the world of yachting by offering something different to the norm. Casani explains: “We spent the last few months completing the full acquisition of the company, and now C&NI have full control. The philosophy of YACHTSTER is to open the world of yachting to new clients, to younger, tech-millionaires, who do not necessarily wish to spend a whole weeks’ vacation on a 60-metre yacht in the South of France, but would rather a long weekend, spent with family and friends. Of course, because of the short duration of the trip, the yachts themselves available in YACHTSTER are on the smaller side. It is a different clientele, a different kind of charterer.” Set to begin further development from September 2017, it’s certainly interesting that one of the oldest yachting establishments in the world is at the forefront of this thinking.

Regardless of whether or not YACHTSTER is destined to be the next big thing in yachting, another method of tapping into new markets and attracting new clients to the industry is a focus on Asia. Tapping into Asian wealth is, of course, something that has been talked about tirelessly over the past few years, so I posed the question to Casani: is this actually going to become a reality any time soon? Though reluctant to fully commit to a solid ‘Yes!’, Casani confirmed that with the help of their Chinese investors, he is confident that when the market in Asia finally picks up, CNI is going to be at the forefront of opportunity. “It’s impossible to say whether or not we will see a huge transformation in the Asian industry anytime soon. You are right to say that there has been a lot of talk about the market in Asia for many years, and right now we don’t see a huge amount of progression.” 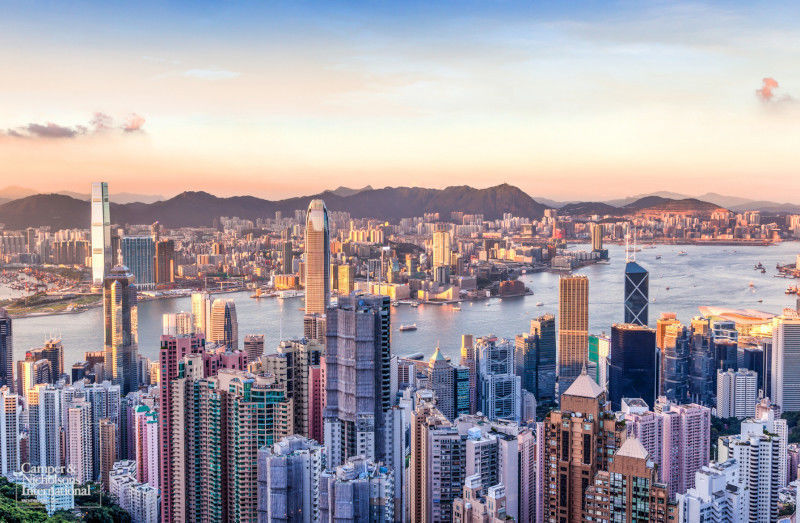 “Asian clients use yachts very differently, and it is partially the industry’s fault that superyachts are not being marketing in the exact right way to these clients,” he continues. “We all know that, for example, Asian owners typically do not need a full beam main deck owner’s suite, but would probably prefer a dedicated conference suite, or a large space for karaoke. I think builders could offer more concepts or options for these clients, but it’s a difficult situation to assess. It’s important to recognise that many of the regions with major concentrations of wealth have little to no infrastructure to properly support a superyacht owner in that area. Of course, we are seeing more and more improvements in destinations such as Thailand, Indonesia and Singapore, but in Hong Kong, it’s almost impossible. Will we be seeing a substantial investment from Asia in the future? Who knows, but we will continue to keep ahead of the game and assess our position in Asia in the coming years.” 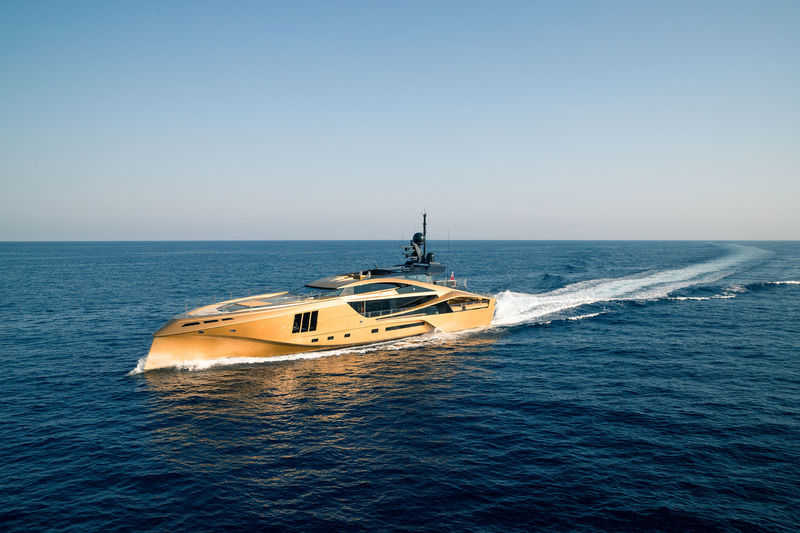