Studies show that on average, over half of businesses do not have a formal succession plan in place. Succession planning can have many benefits and can serve as an exercise of opportunity to gain a better understanding of existing talent and to identify areas in need of development.

Forbes reported that only 30% of family-run businesses survive into the second generation, 12% survive into the third, and just 3% operate into the fourth. “Despite its glamour, the yacht building business, is a risky and competitive business,” says Klaas Hakvoort of Hakvoort Shipyard.

Generally, innovation and forward-thinking keep yards busy, but it is important to future-proofing this - particularly for family-run yards. In this two-part series, we give an insight to the yards that are family-run and are embracing succession planning as a business strategy. In the second part of this mini-series, we speak with Klaas Hakvoort, Director and fourth generation shareholder at Hakvoort Shipyard. 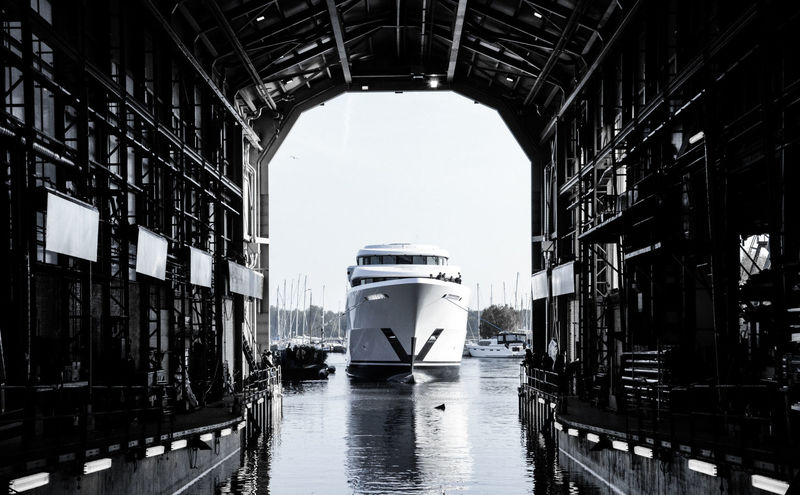 Photo: hakvoort"Our yard was founded in 1919 and today my brother, Albert Jr, and I run the business having bought out our father Klaas Hakvoort Sr. Back in the early 1900s there was no choice when it came to succession; your father would tell you at a certain age to start working on the yard and you would learn the trade in practice. But for me, it always has been clear that I would work in our yard and I started working in the shipyard in my school holidays when I was 13 and over the years did everything from painting to metalwork to piping. My brother Albert had the same idea and joined the shipyard in 1993.

When undertaking a generational handover the money is internally loaned to the child that wants to buy shares and while the company makes money they slowly pay back their debt. When my brother and myself took over the company we did this in two steps; we first bought 49% of the shares and only after these were fully paid we bought the second 51 percent. This allowed my father proper control of the company while we were earning the funds to pay for the shares. Our father formally retired in 2014 after an active shipyard career of over 60 years.

It took us 11 years to buy and pay for the company in full, but the company take over never influenced our financial position as funds were only flowing between family members and no banks were involved at all. The principle of not wanting to lend any money with banks has kept us alive and financially we are very conservative and our company is free of debt. If we want to invest we first earn the money and then spend it. 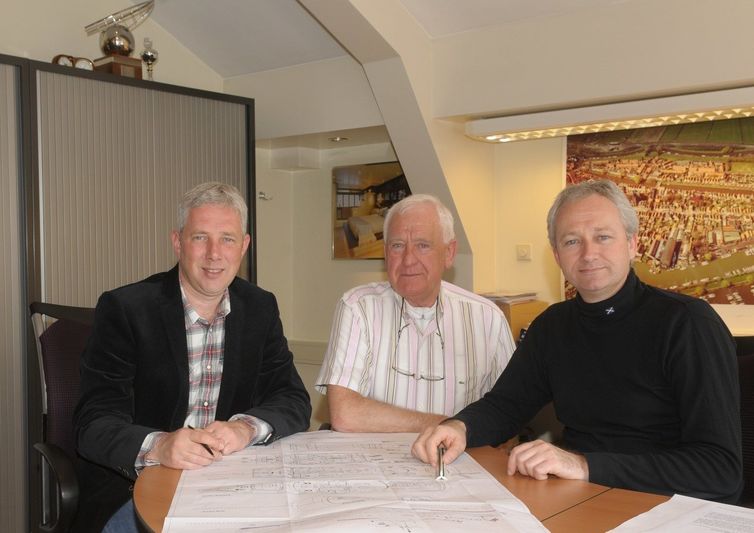 Photo: HakvoortLooking to the next generation my son Albert (17) is 100% sure he wants to work in the shipyard and next year he will start his education to be a Naval Engineer, and my daughter Tirza (13) is not sure what she wants but if her future is in the shipyard it has my blessing and I would be proud to see her being the first female successor in the Hakvoort history. My brother has a daughter Kim (8) and she is obviously too young to determine her future right now. We will see what happens!

Today it is not easy to successfully continue a business like ours. Even if one or all of our three children want to continue the business, they also have to be capable and truly passionate about it, otherwise, they will certainly fail. Even though Hakvoort is a small shipyard we still have the responsibility for approximately 100 employees and that is something we take very seriously. Training starts young and my son has already spent holiday weeks in the company to get a taste of what the shipyard work means on a daily basis.

We are now preparing to further expand the shipyard and very soon will welcome the next generation of Hakvoort yacht builders in our company. Many shipyards have been taken over by investment companies and family owned superyacht builders are becoming rare in our country. I sincerely hope we can see the proud name of Hakvoort on our sheds for decades to come. "

24 July 2018 12:00
Business
Studies show that on average, over half of businesses do not have a formal succession plan in place. Succession planning can have many benefits and can serve as an exe...

Construction on ISA Continental 80 under way

1 March 2021 09:45
New-Build
The production on the hull of the 79.9-metre yacht ISA Continental is reported to be well under way at ISA Yachts. The latest speculation project from the shipyard is ...

26 February 2021 11:45
Business
The Italian Sea Group has announced its application to list its ordinary shares on the Italian Stock Exchange. The final decision will come following checks on the shi...

26 February 2021 11:45
Business
After Tankoa Yachts announced in early January it was in the final stages of due diligence prior to acquiring Cantieri di Pisa, the Italian financial daily Il Sole 24 ...