Denison Yacht Sales is an All American brokerage firm with a compelling historical legacy. Established in the early 90s in Fort Lauderdale the development of the company in the early years sprung from an intricate web of Denison family feuds which ultimately lead three disgruntled sons and a wife all but estranged from their father, husband and a thriving shipyard at the top of their game.

At the heart of this interesting past is the late Frank Denison, founder of the US shipyard Broward Marine. Establishing Broward Marine in 1948 - the purchase of which was made whilst on his honeymoon, nonetheless - his three sons Kit, Skip and Ken all entered the family business at the beginnings of their respective careers. Hugely successful in each of their areas (for example, Ken, who revolutionised the way the yard marketed their yachts in print publications and beyond - you may remember, ‘It must be a Broward.’), the brothers’ initially successful careers at Broward Marine ended rather abruptly at various dates throughout the 80s after a series of intense disagreements with their company President and father (“It was my dad’s way,” Ken reminisces).

Broward Marine in the 60s

Each of the brothers continued in the marine industry regardless, establishing their own companies which went on to experience their fair share of accomplishment, including Kit’s founding of Denison Marine, which was later acquired by Broward. Fast forward to present day where, despite a tumultuous family history, the Denison clan are once again coming back together to present a real industry force to be reckoned with.

It is in the sunny climes of Palm Beach that I sit with Bob and Ken Denison and learn of the latest Denison development; after asking both his father and uncle Skip to join the team as experienced sales brokers in 2012, Ken is now also on board with the merging of his brokerage firm, Denison & Daves, with Denison Yacht Sales. A strategic move designed to propel Denison Yacht Sales’ fully into the international superyacht sphere, Bob explains: “Ken joining gives us an incredible amount of credibility when we walk into shipyards and work with other big boat brokers.” 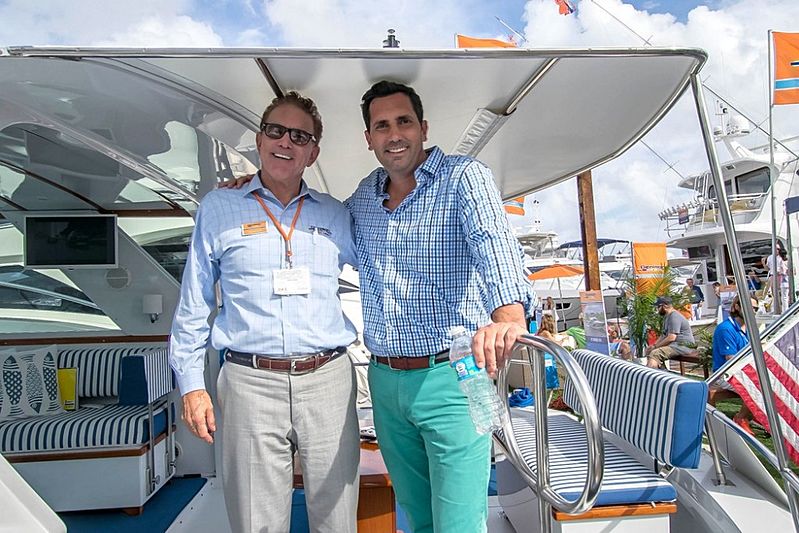 Ken agrees: “Because I’ve been involved in building most of my life, I was a natural to go into Oceanco, to go into Feadship and the rest of these yards, because they know me - not as a broker, as someone who builds boats.”

With such a complex history of family relationships being negatively impacted by the intertwining with working life, I ask Bob and Ken their thoughts on working with family. “If you were to have said to somebody a few years ago that the Denison’s would be working together in the yachting industry again, they would think you were delusional. Drunk, crazy or whimsical,” Bob states. “So the fact that we’re all working together, my brother, me, my wife, Uncle Ken, Uncle Skip, my dad… It’s one of the coolest things about coming to work every day. Of course there are challenges - I mean, any time you mix family with anything at all, there are certain joys and there are certain challenges, but I would say that any challenge is worth it 100 times over. I’m really grateful for that, and I’m sure it will continue in this way.” 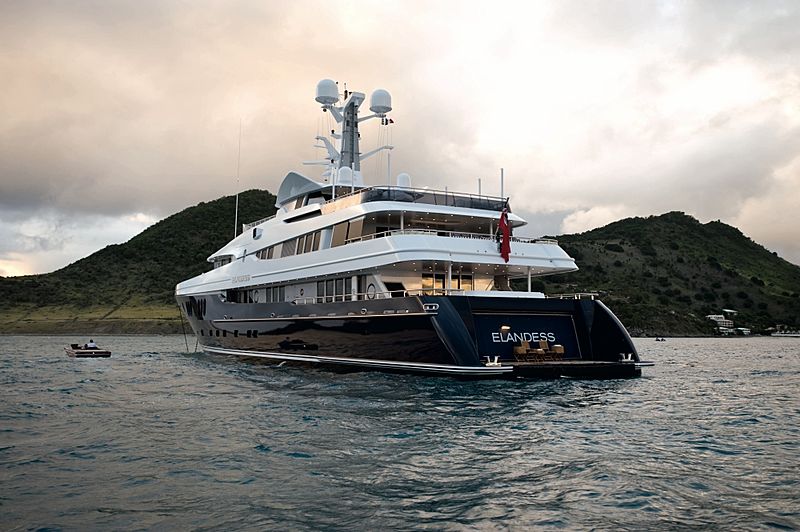 Shedding some light on the previous challenges, Ken adds: “In 1993 we had the number one order book in the world at Broward Marine. My dad died at 91, and he held onto that sucker until he was 89 - he didn’t want to have his family take over. He actually felt a little threatened when the family proved their competence. With the latest development here between Bob and I, we’re finally back together as a family. Time heals all wounds, and we’ve all always been joined in the commonality that we love this industry. We’re very proud of it. You’re not going to get that kind of support from a business partner. You can try, but it would be disingenuous. This is something that is tangible, and we hope that it has great forward movement and potential for our own kids.”

With old family feuds done and dusted, the benefits of bringing together old and new generations are instantly recognisable. In our modern day in age where technology is developing at a pace in which most in the industry are undoubtedly struggling to keep up, Bob has invested his time and energy into the utilisation of the internet and other technologies into Denison Yacht Sales - something in which Ken told us reminds him of himself in the early Broward Marine days. “Bob has truly done with marketing what I was doing but taken it up two more notches by his use of the internet. I think most people would agree: Bob Denison is doing more on the internet marketing side than anybody in the industry.”

“The industry has come a long way pretty quickly…” adds Bob. “Even in the past three or four years there has been a lot of the bigger firms paying more attention to the internet with their time and money. It’s good to see. I think there is still a ton more to nurture from the internet, though.” 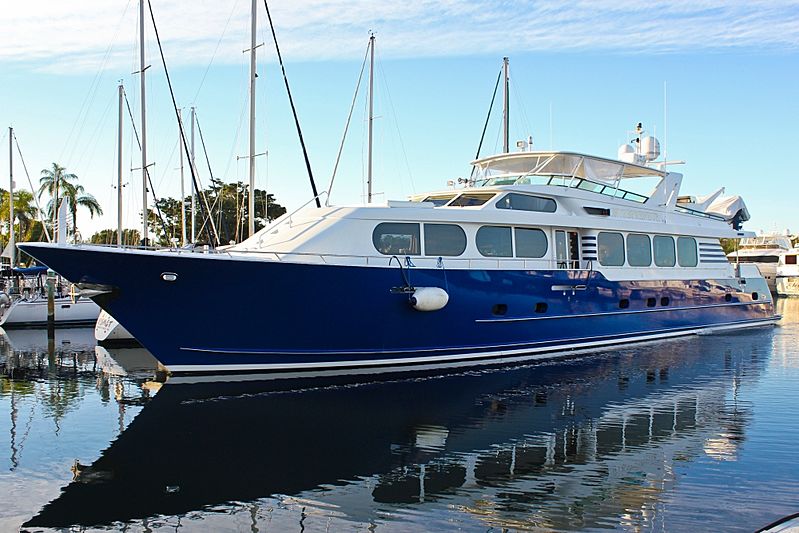 It’s not just in terms of marketing and company branding that Bob is interested in, as he enthusiastically elaborates on the potential for technological developments within building that will not only make life on board easier and more comfortable, but will actually work to attract a higher number of clients into the industry. “I’m excited about the industry on the technology front in the way that people are building and using boats, and its opening yachting to people who wouldn’t have gotten into boating before. Stabilisation systems are a perfect example of that, you had people that were seasick before who had the resources to buy boats, but they didn’t want to do it because they ended up throwing up. I really believe that in 5 - 10 years you will be able to push a button and a boat can dock itself. You’re going to have a lot of captains rolling their eyes at that, but it’s going to open up boats to more people. The vast minority of the world’s UHNWI own a boat. The more we can take advantage of technological opportunities, the more we can entice them to the yachting industry.”

So with these developments still significantly far off, what can we expect to see from Bob and his team at Denison Yacht Sales in the more foreseeable future? “We have a total of 20 brick and mortar offices in the US. I would say the American market is strong right now. So our biggest thing right now is that we’re exploring a few strategic partnerships. We’d love to be in the Med for sure, and we want to grow that side of the business and we’re very excited to do that. We do have clients there right now and we already sell around a dozen boats in the Med without even having an office there, but I really want to make sure the timing is right and that the people we do this with are a good fit. That could be happening soon, which is very exciting.”

This article was featured in a recent edition of the SuperYacht Times newspaper. Subscribe now to get your copy straight to your door and never miss another issue.