On a recent visit to Italy SuperyachtTimes sat down with Andrea Pezzini, Founder and CEO of Floating Life, to talk about how the company has evolved into a multi-faceted Group since its foundation in 2001 and new developments including its exciting ‘Series-K’ new construction projects. 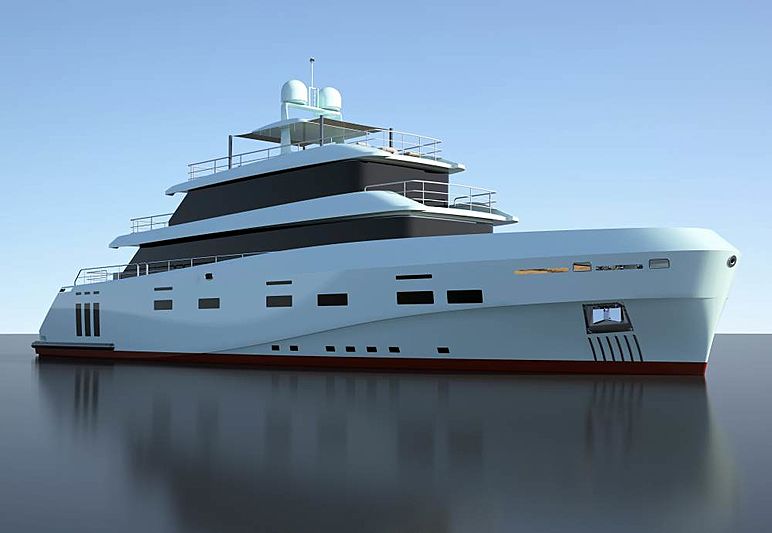 “Even when I was two years old I was on board boats with my grandfather who was a captain,” he warmly remembers. Beginning his career with an eight-year stint as an interior designer at the Picchiotti shipyard, he then moved to Technomarine as technician and production manager for four years, before working with the Amico family to open the Amico shipyard in Genoa, which he managed for six years. “I grew up there, gaining experience in maintenance, refurbishment and working on all kinds of yachts during my time at the yard,” he says. Eventually returning to Viareggio, he opened his first technical office for three years before opening Floating Life as a management company in 2001 together with his wife Barbara Tambani, who had also previously worked in management roles.

Six months after founding Floating Life the company moved to Switzerland where it is still based today. By 2006 the yachting industry was changing, with an increasing amount of private clients undertaking charter, spurring the decision to branch out. Cue the opening of Floating Life’s charter division. “At that time we managed 18 yachts, and around 50% were private in the beginning and then asked to be used commercially.” Fast forward two decades, with eight different companies now under the Floating Life brand including charter, management, sales, crew and uniform divisions, Pezzini’s days are - needless to say - busy and varied, but he wouldn’t have it any other way. In fact, he is full of plans for continuing to develop the company’s offering. “I wake up in the morning with 1000 ideas in my mind,” he says. 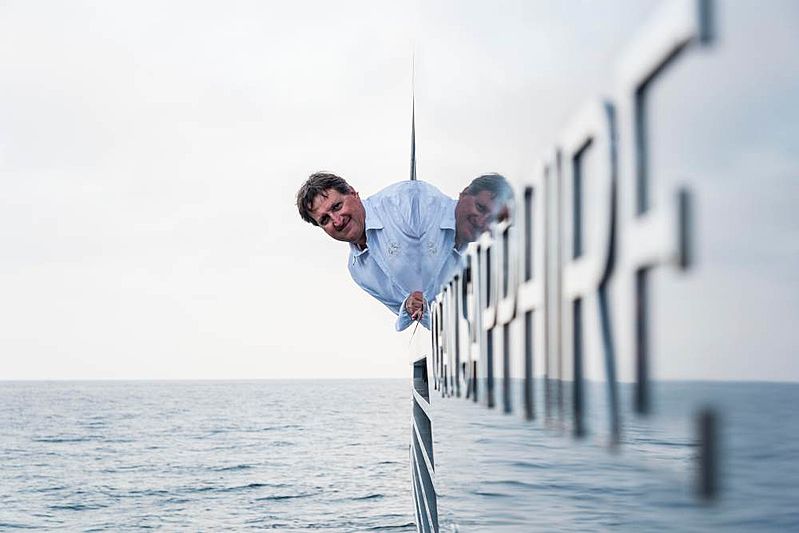 While acknowledging that there are many arms under the Floating Life umbrella, Pezzini sees them all as the necessary result of the years of experience that he and his team have. “A lot of people ask me: why don’t you just manage yachts or just sell yachts?” he says. “But if don’t undertake certain aspects in this business, then I am not using the experience I have gained over the years and that is a waste.” It is clear that while Pezzini does have his finger in many pies, there is no question that he has the knowledge and expertise to run all divisions successfully. “I study and I do everything that is possible to continuously update myself and, in the meantime, being CEO of the Group is constantly teaching me too.”

An exciting recent move for Floating Life has been the development of the ‘Series-K’ ice class explorer construction platform with Studio Sculli, which offers four different models: a 36-metre, 40-metre, 42-metre and 45-metre. Offering a base platform for owners to develop their own custom superstructure around, Floating Life also provides a full support package for ‘Series-K’ owners, from design to yacht management, including assistance and charter promotion once the yacht is launched. 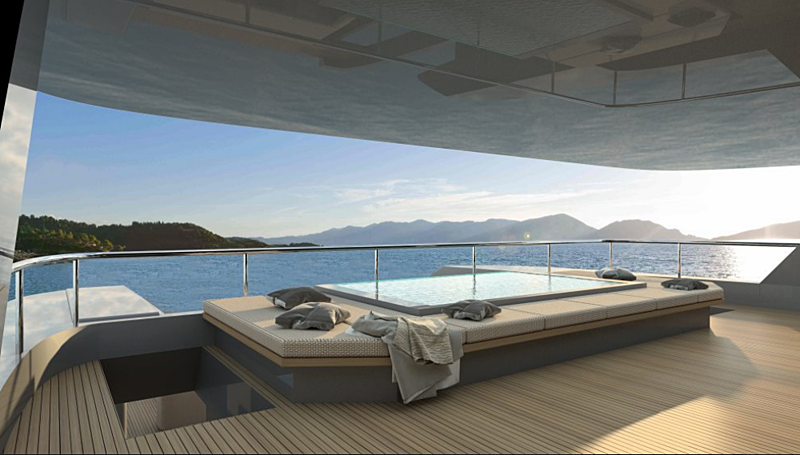 The series was developed off the back of an order for a 40.8-metre ice class yacht – K-40 – which formed the inspiration for the design of the series. Signed in October 2015 for an experienced American client, the owner of the first WallyAce Kanga (which Pezzini manages), and currently under construction at CCN, delivery is set for 2018. Positive client feedback and impressive tank testing results for the platform spurred the decision to formally develop the design into ‘Series-K’ and bring it to market. “We spent one year in discussions to ensure we completely understood what the owner of K-40 wanted before signing the contract,” explains Pezzini. “Soon after, our other clients started to speak of new construction and that is what led to the second project, a 42.5-metre yacht that began construction at Cantiere delle Marche in January 2017.” A third project – a 45-metre – is also under discussion.

It is impressive that the series has already secured more than one order despite the fact it has had little promotion and the first build is yet to hit the water, but Pezzini believes that K-40 will amply demonstrate why clients have already responded so positively to the models. The build is particularly significant to him for many reasons: “It is an important build… I’ve built a lot of boats in the past, but this one is the first that I have undertaken that is completely customised for the client.” Under 500GT and built to full regulatory compliance, K-40’s owner is very passionate about the environment, an aspect in which is reflected in the yacht’s design. “The yacht has everything that is possible to reduce the environmental impact; 100% of what is achievable in terms of green construction has been applied.”

As well as being beautifully designed, the yacht has been developed to be run and maintained seamlessly. “With this boat we have applied all of our combined experiences in all divisions to ensure that we deliver exactly what the client wants,” says Pezzini. “We are very focused on the maintenance long term and our experience is in management – the longest boat we have had with us is for over 20 years – and we have applied all this knowledge into this new build.”

Aside from the extensive development process with the client Pezzini believes another key reason for the K-40’s success will be his close collaboration with CCN and is full of praise for their working relationship to date. “We make decisions together,” he tells SYT. “Once when I built a yacht in Holland, I spent six months trying to convince the shipyard to do what I asked. Six months. Here? One hour.” Pezzini explains that their working process is simple, aiming to solve all issues within a day: “We put every question or issue that arises on the table; I have my experience on one side, and the shipyard has theirs on the other,” he says. “Sometimes we discuss for a long time, but all in all, we solve everything within 24 hours.”

Before now there has been little promotion of ‘Series-K’ but this will change upon the launch of K-40. The intention is to fully promote the series at the same time as launching Floating Life’s new multi-property division, with the idea being that one of the ‘Series-K’ models would be built for this type of ownership structure. The company is already managing c.40m timeshare-owned yachts – “we are the only company in the world doing this in that size range,” – and Pezzini firmly believes that this is an important future avenue for yacht ownership. “From my point of view the timeshare ownership model is the future for our business in the superyacht industry,” he says. Discussions for two possible yachts based around the 40-metre design and operated under a ten-year multi-property structure, with seven families per boat, are in the mix. 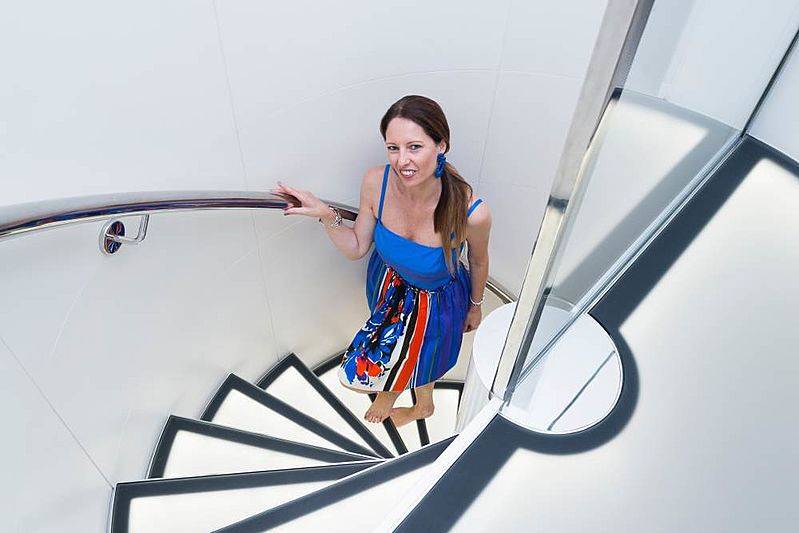 With many growth plans on the cards Pezzini’s long term vision includes bringing both his son and Tambani’s son eventually taking over the business. “The last meeting we had with our family, we all sat around the table all together and we said ‘this is the future of the company’. I looked at one son and said, ‘You are the future Director.’ I looked at the other and I said, ‘You are the future President,’” he says. “After 10 years we will work in parallel with our sons, and after another five years, we will start to back down and hand over the responsibility to them.” Above all Pezzini believes that passion and experience are the two main ingredients that make Floating Life stand out in a crowded industry. “How we do things is not the industry standard, that’s for sure,” he says. “That is why my son has already started working with me in my business; I want to pass on the passion to him, and I need to teach him the business.”

Speaking with Pezzini, and witnessing his love for his work and projects first hand, it is not surprising that every day brings new ideas for business development. “My job really is my passion - totally,” he says. “It is only thanks to Barbara that we make money – I would work for free!”