Think of quality, custom-crafted, Dutch-built sailing yachts and Royal Huisman immediately springs to mind. Operating at the top of a fiercely competitive market segment driven by owners in search of the latest in innovation, comfort, and safety, and, indeed, one that is facing the struggles of a declining interest from today’s pool of superyacht owners, one can truly understand why the shipyard’s overpowering can-do attitude has become so important. To, not only survive, but also excel in this sector and retain its pedigree that is echoed in the Royal stamp of approval that the shipyard carries, Royal Huisman has adapted to and managed to breach the field of superyacht refits like no other Dutch yard has. We met up with the team that is keeping this ship pointing in the right direction to uncover the latest developments in the former fishing town of Vollenhove. 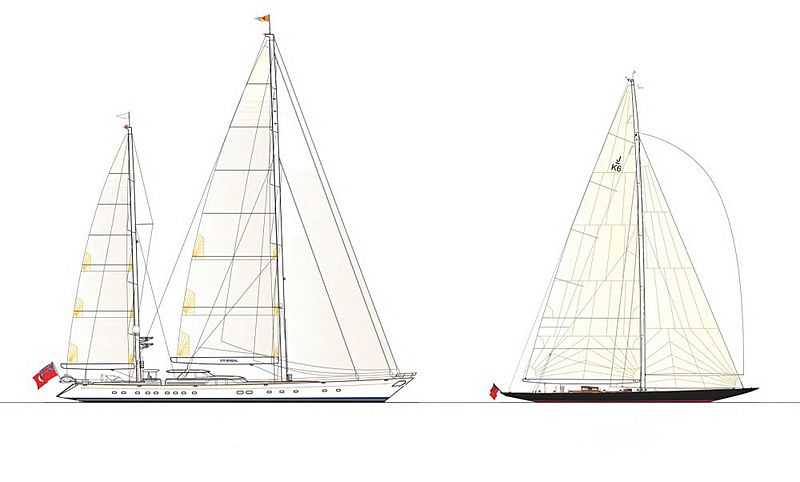 It’s a surprisingly sunny and pleasant December morning as I am guided through the bustling build and assembly halls of the Royal Huisman shipyard. This is what Santa’s workshop must look like, I tell myself, as we enter the in-house carpentry division and hit by that familiar, warming smell of timber. The shipyard is in overdrive. Two new-build projects need to be delivered within the next 12 months and the start of the facility’s largest undertaking yet, the recently-signed 81-metre Project 400, is just around the corner.

It wasn’t always like this, though, when operations first started in the town of Ronduite in 1884. For three generations, the company spent its time constructing wooden sailing boats for the region’s fisherman. Like many shipyards in the area, when the Zuiderzee was cut off and the fishing industry virtually disappeared overnight, the company started to shift their focus to recreational vessels and yachts. The sailing yacht racing scene was next with projects commissioned to compete in the Whitbread Round the World Race (now Volvo Ocean Race), and it was Wolter Huisman - the grandson of Royal Huisman’s founder and face of the company for several decades - who steered the company to set its sights firmly on the luxury yachting scene, with tens of sail and motor yachts delivered to date.

The Huisman name was at the centre of this operation for over a century and it has only been over the last few years that the family has stepped back from the day-to-day running of the shipyard and taken on a more ambassadorial role. Today the face of the company is carried through the shipyard staff and family of Royal Huisman owners, according to Managing Director, Roemer Boogaard. “The face of Royal Huisman was and will always be the workforce of the shipyard, who all share the same passion for perfection. Together with the owners and their teams we create exceptional yachts, that are unique in their design and quality.”

2017 will be a busy year for the shipyard as two quite different 50+ metre sailing yachts will be rolling out of its sheds. The first, Ngoni. This ‘Beast’ measuring 58-metres is set to be one of the most anticipated yachts of the year with her next-level onboard systems and racing-attack prowess. The legendary Ed Dubois designer tag she wears will make her all the more special - a fact that Boogaard is very much aware of. “We are very proud that we are building Ngoni,” he says. “Not only because she is Ed’s last superyacht project, but also because she is a perfect example of innovative design, efficiency in tandem with simplicity, performance without compromising accommodation, clever engineering and bold styling – she is going to be stunning and iconic. We like to think that Ed would have been as proud as we are.”

As important is the signing of the new contemporary schooner project, as she is known to the outside world, or Project 400 amongst shipyard staff. This 81-metre commissioned by an Asian client is set to test Royal Huisman’s engineering team and build crew to the limit. For Commercial Manager, Britta Bunkenburg, it’s a challenge they are ready for but also one she feels the industry is in desperate need of. “It is fantastic news for us. It proves what type of product we are capable of delivering, and that owners trust us to build these types of yachts. But as important, it serves as a positive sign for the state of the sailing yacht market. Motor yachts are dominating the luxury superyacht sector and for a large sailing yacht such as Project 400 to be ordered will certainly have an encouraging effect on the sailing yacht market.” 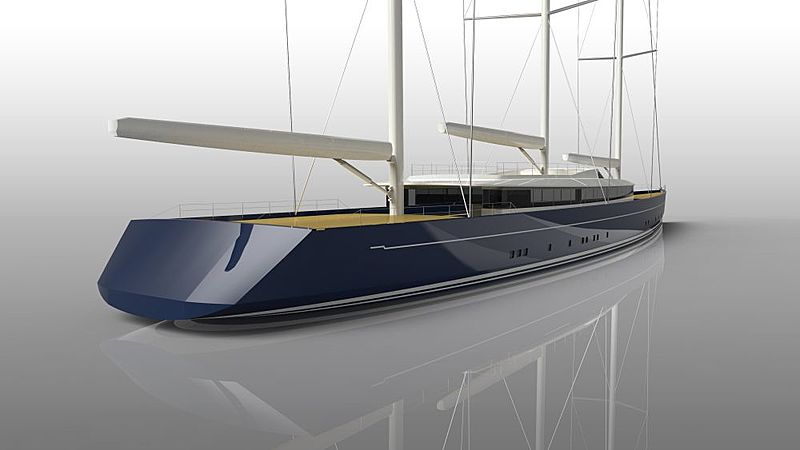 Boogaard agrees, and openly discusses the shipyard’s plans to protect not only the sailing yacht industry, but also the shipyard’s interests. “The best strategy to increase the market share of sailing yachts is to continue promoting, selling and building sailing yachts. However, as we are all fully aware, the market is indeed changing – the requirements for a yacht are now different which has impacted the purchasing behaviour. As a shipyard we try to adapt to these changes without forgetting our heritage.” 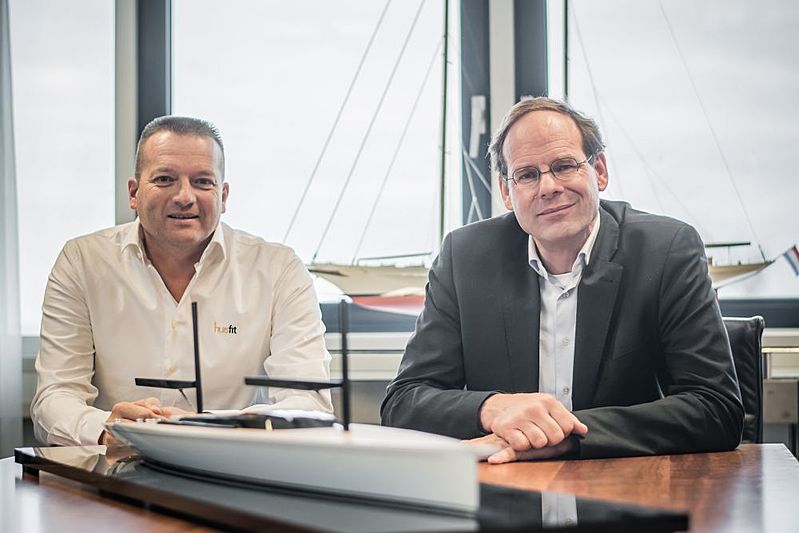 One of these adaptations is the establishing of a dedicated after sales and refit department catered not only to the Royal Huisman fleet, but indeed any yacht, motor or sail, wishing to receive a northern European-standard superyacht makeover. This step was officially taken in 2010 when the mighty 91-metre Lürssen sailing yacht EOS arrived at Huisfit for the first time for an intensive period of maintenance and cosmetic works. The 72-metre motor yacht Skat soon followed and the shipyard’s skills were proven when the Atlantic speedster, Mari-Cha IV, emerged last year from an intensive rebuild as the stealthy Samurai.

Today Huisfit has become a vital part of the business for Royal Huisman, and although humbly deemed an in-house service by the company, has truly grown to become recognised as a brand on its own.

These organic developments over the past five years would naturally lead to room for expansion at some point, and the recently-announced deep water facility access in Emden, Germany, is a result of that growth. The man in charge of Huisfit operations, Bert Tromp, tells us more. “It was at the 2015 Monaco Yacht Show when the team of Emden Dockyard came to us and spoke about the location. Soon after we received an enquiry from Athena who was interested in a possible refit. This made us consider the offer from Emden and we visited the shipyard. We were very impressed by the facilities.” 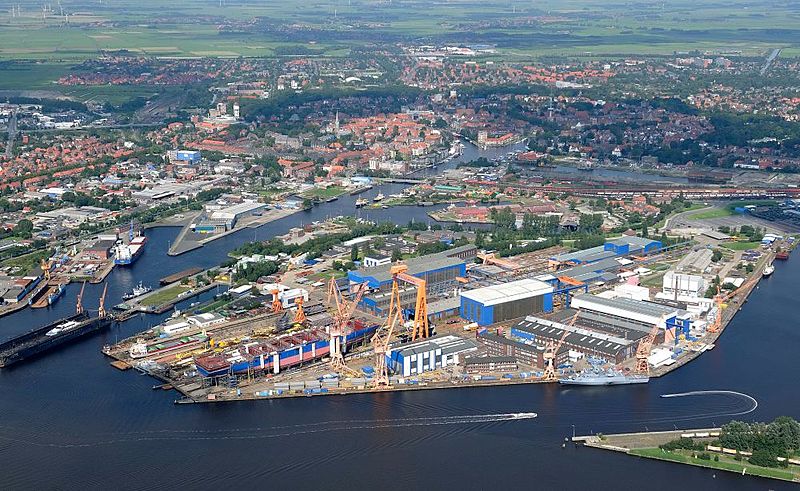 So impressed, in fact, that six months later Huisfit now holds exclusive access to over 300,000 square metres of facility space that includes two enormous dry docks able to accommodate vessels well over 120 metres in length and covered refit facilities. But as Tromp explains, it was a combination of elements that made the decision to partner with Emden a no-brainer. “We did our research in the Netherlands,” he says. “We looked at a few locations but none ticked all the boxes, and we would be limited in some form at each of the sites we visited. Emden offers us nearly unrestricted capabilities. Not only in terms of space, but also the ability to cater to more than one project at a time along with much needed planning security. With the rising demand which we have been receiving at Huisfit, we felt that having that security that allows us to operate with complete flexibility was crucial.”

But was ‘exporting’ the trusted Royal Huisman brand across the border ever an issue? “It was never a hindrance, no,” explains Bunkenburg. “The location, first of all, is the same distance as reaching certain areas within the Netherlands. In today’s age the borders between countries, especially in northern Europe, are so fluid. All operations will be overseen and largely carried out by the Royal Huisman team, and the surrounding area allows us to draw on a very large pool of highly skilled sub-contractors to deliver a northern European service.”

This article was featured in the SuperYacht Times newspaper. Subscribe now and never miss another issue.