Home > News > On board: New pictures of the 42m explorer yacht Crowbridge

Tommaso Spadolini, the exterior and interior designer of the Cantieri della Marche’s 42-metre explorer yacht Crowbridge, has now released the first photographs of the superyacht’s interior. Launched in 2020 at the Italian shipyard, Crowbridge was created for a repeat client of the designers, who worked in close collaboration with him to create the superyacht which is unusual for its six lower deck stateroom layout. 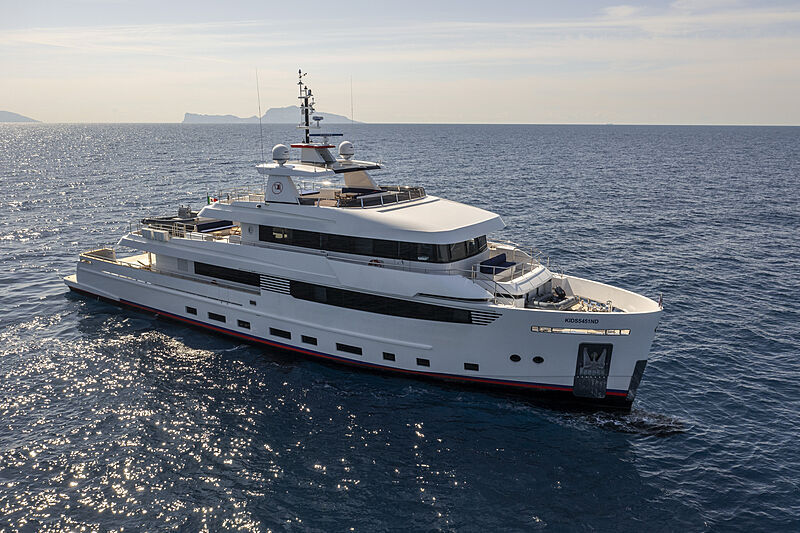 Photo: Giovanni MalgariniThe displacement superyacht, which has a top speed of 15 knots and a cruising speed of 10 knots, has an 8.5 metre beam and a round-bilge hull with a bulbous bow, allowing her to cruise and cross oceans in comfort. 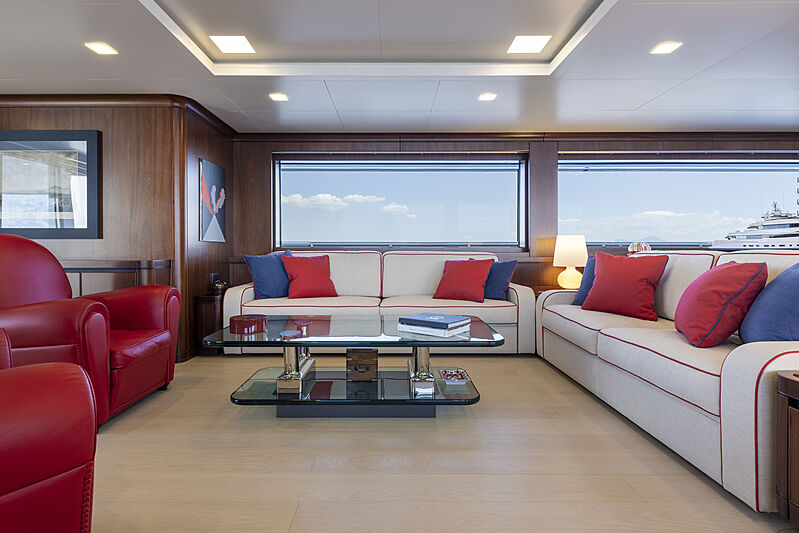 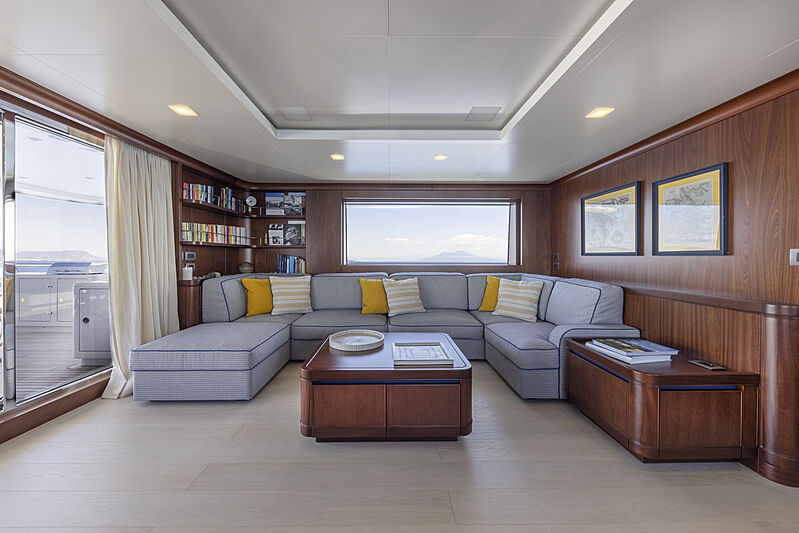 Photo: Giovanni MalgariniSpadolini commented, “The owners had several specific requests, starting with the clean and sober profile as well as generous interior and exterior as they spend several weeks at a time on board. These may seem like common requirements for a large yacht, but he and his wife approached the project with very precise ideas of how they wanted the private and social areas to be set up.” 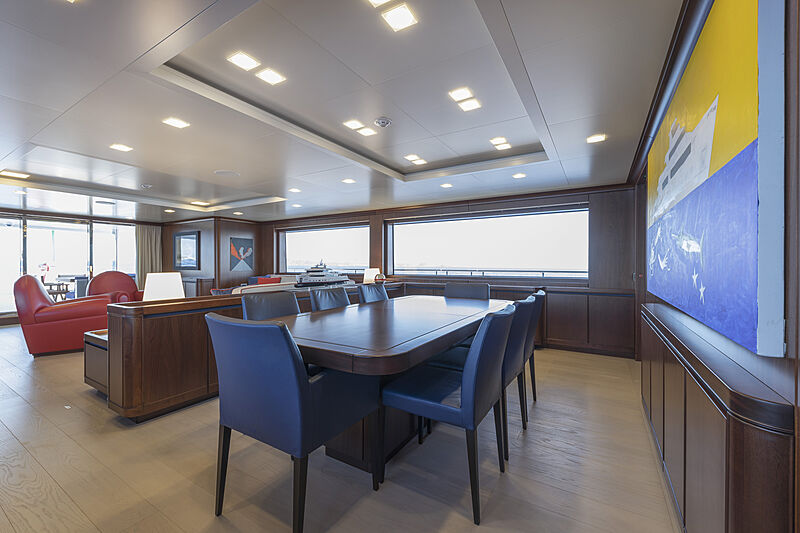 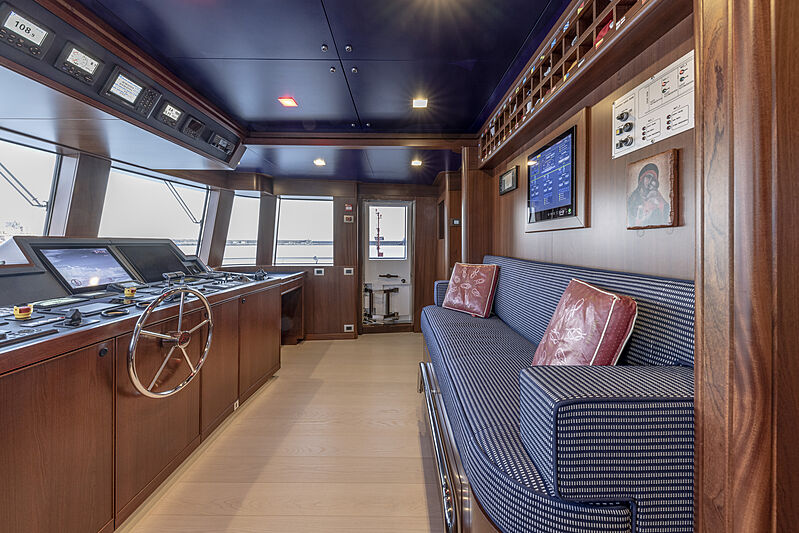 Photo: Giovanni MalgariniSpadolini and Cantieri della Marche worked closely with Sergio Cutolo’s HydroTec studio to maximise interior volume, retaining large windows which were to the owners specifications. An unusual element to her design is that the explorer yacht has six en suite cabins on her lower deck, three doubles for the owner’s sons, and three twins for their grandchildren. 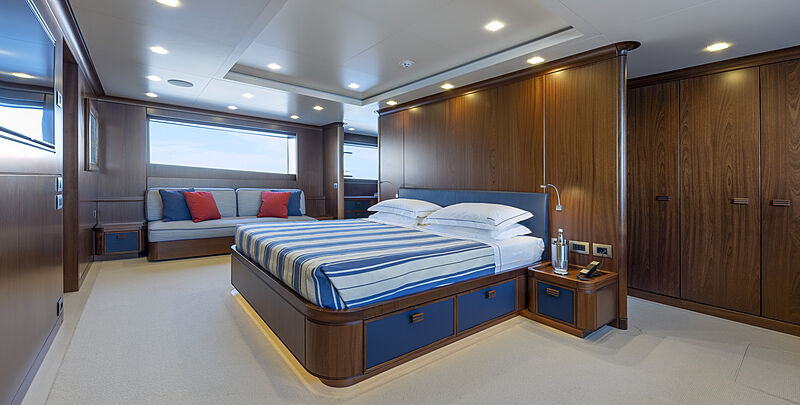 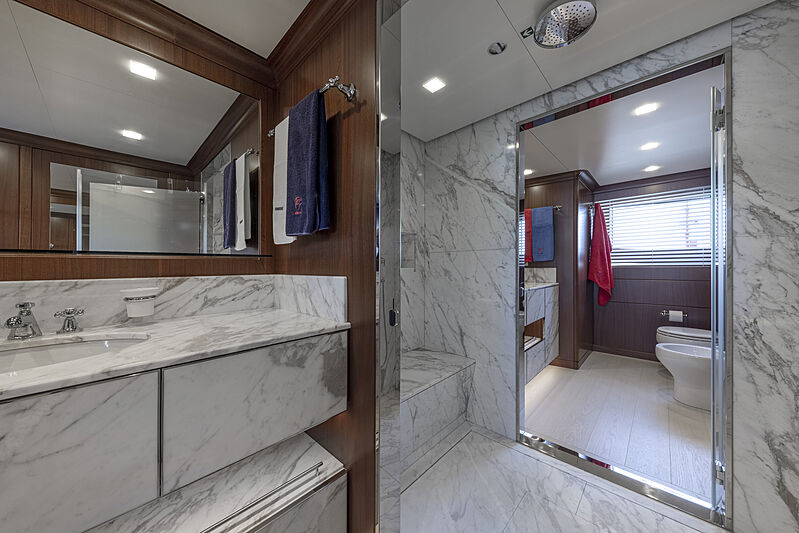 Photo: Giovanni MalgariniThe 42 square-metre master stateroom is situated on the main deck to the fore, and features a private study, walk-in wardrobe and and his-and-hers bathrooms, as well as a sofa-bed for additional guests. This means that the yacht sleeps a total of 14 guests, considerable for a yacht of her size, who are taken care of by a crew of seven. 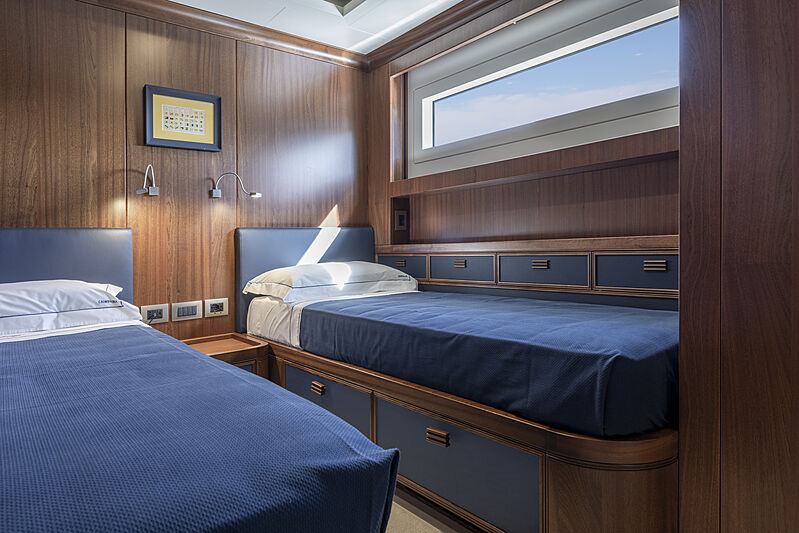 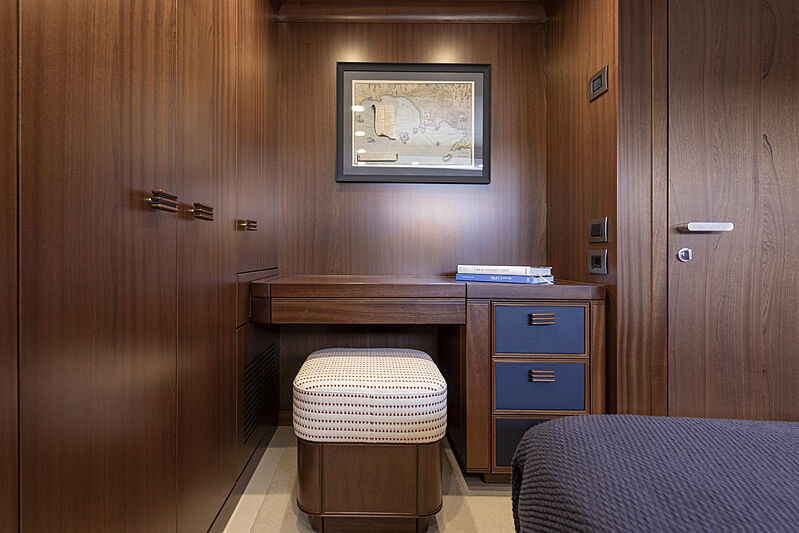 Photo: Giovanni MalgariniSpadolini explained that as well as the cabins, the main focal point for her owners was the galley, which is situated on the main deck, alongside a traditional saloon and dining area. There is an additional dining area on the upper deck, which also features a saltwater hot tub, which can be used while underway, as well as various lounging and sunbathing areas. 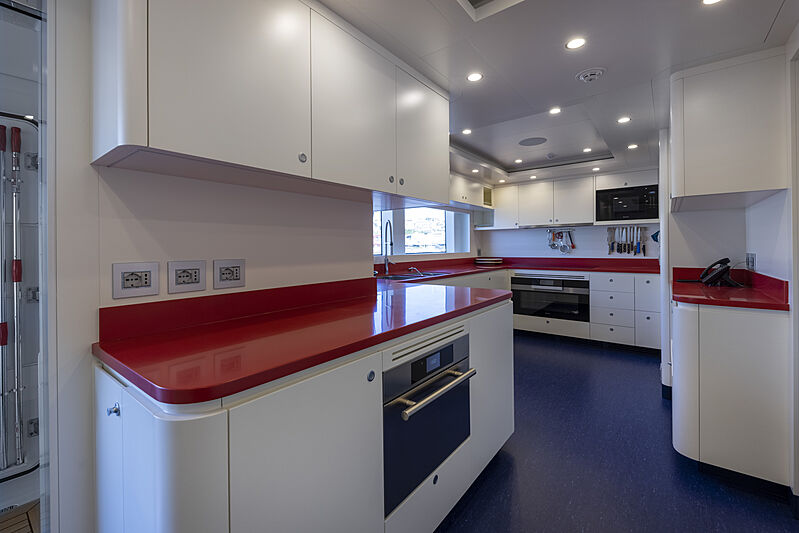 Photo: Giovanni MalgariniIn terms of her toys and tenders, these are stored to the aft, and in addition to their tender, they have Optimist and Laser sailing boats which are deployed from the transom. 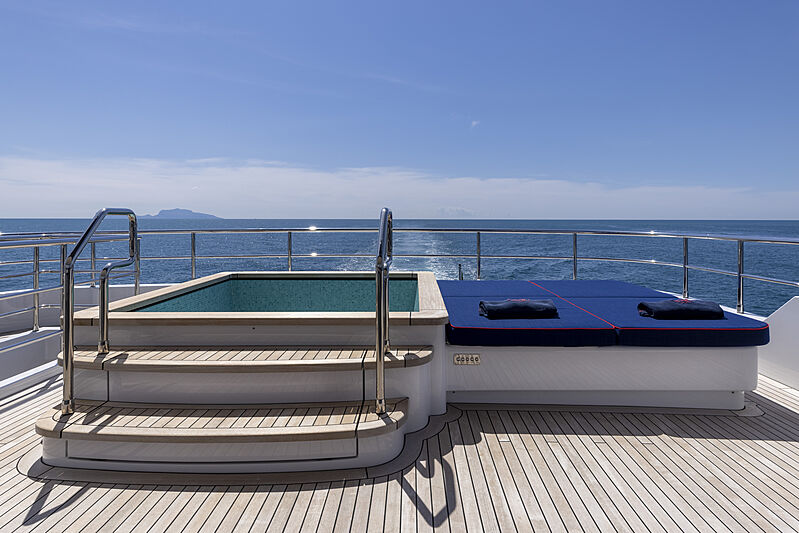 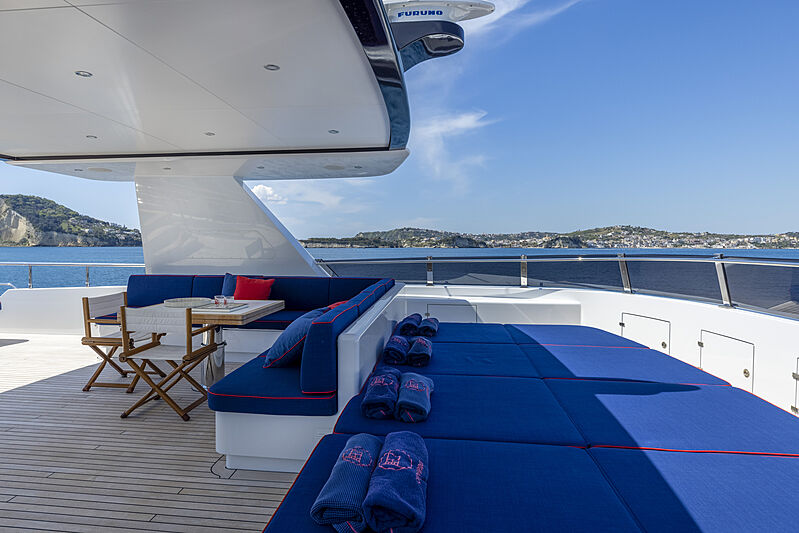 Photo: Giovanni MalgariniSpadolini added that, “Experienced owners invariably bring a lot of good ideas to custom projects like this and make life easier for the design and build teams. This was very much the case with Crowbridge and I know for a fact that the family will have some wonderful times onboard.” 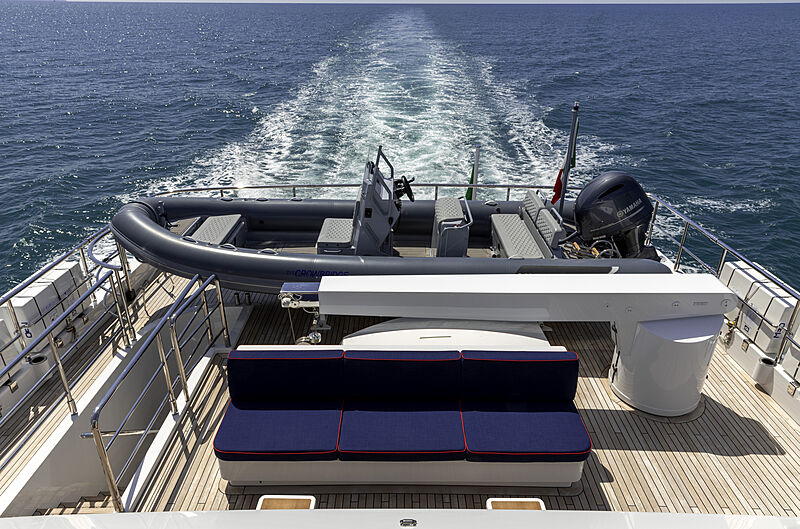 Photo: Giovanni MalgariniCrowbridge is currently cruising in the Aeolian Islands, off Sicily.