Founded in 2005, London based design studio Eidsgaard Design has quickly risen to become one of the most sought after names in the superyacht design industry. Its Directors Peder Eidsgaard, Ewa Eidsgaard and Ben Harrison have varied backgrounds, which have been brought together to form this dynamic trio. SuperYacht Times’ recently sat down with Peder and Ben to discuss the past, present and future of the company. 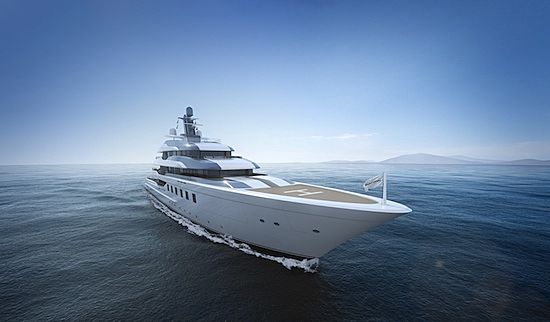 Working now with a total of seven people in the company, Peder and Ben both worked at Andrew Winch design for several years, where they met and eventually decided to start their own design business. Ewa has a slightly different background, however, and before joining Eidsgaard, worked in finance for Goldman Sachs. Although it could be considered a strategic move bringing in a business partner with a prestigious global business background, the partners insist that Ewa’s primary role is set fully in the decoration, interior finishing and interior design of the yachts - in addition to her role as Managing Director, that is. Peder comments on the team, stating: “The three of us have different specialties, but it is also overlapping. We always collaborate.” 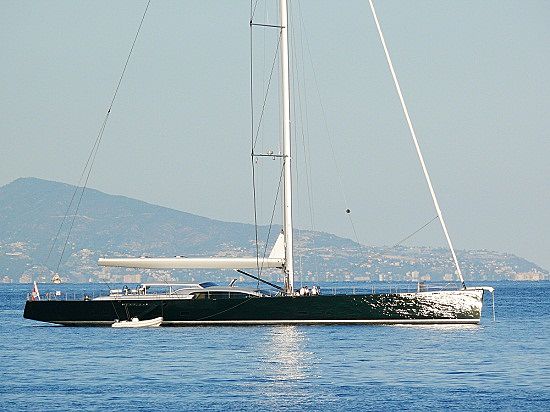 In the early months, Eidsgaard signed a design contract for the 45 metre Wally superyacht, Saudade, swiftly followed by a refit contract for 72.6 metre Lürssen vessel, Queen K. What really launched the new company though, was Tango. The design of the 78 metre Feadship superyacht put Eidsgaard Design on the map, with a steady relationship between the renowned Dutch shipyard and the Eidsgaard being firmly established. 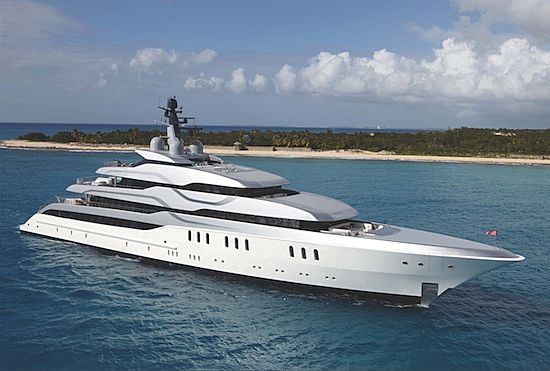 Ben discussed the project with SuperYacht Times, stating, “It was a turnkey project, so we designed every single part down to the door handles. We supplied the artwork, every accessory, crew uniform, stationary etc from the massive to the minutiae it was every single detail. Peder continues, “I would say that most of the business we have now is probably off the back of what people have seen with Tango.” 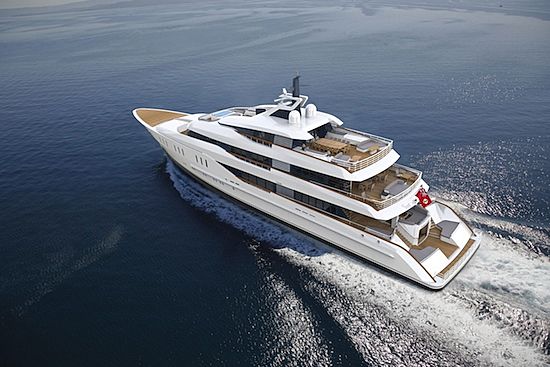 The success of Tango and the consequential good relationship with Feadship has continued to present day and Eidsgaard are now busy with their 5th Feadship project. The new yacht’s design has been created to symbolise a Feadship yacht, but with a lot of unique details and a noticeably ‘Eidsgaard’ exterior. Although specific details of the new vessel are still being guarded, Peder comments, “It’s a very exciting project, and we’re excited to be working again with Feadship. We’ve developed a very good relationship with them and it is a pleasure to work with them. It is a great joy to work there. The new project is a very unique yacht and will be delivered at the beginning of 2016.”

Feadship are not the only yard that look to Peder, Ben and Ewa for designs. After Blohm + Voss was sold to Star Capital, the shipyard realised that although they may have been recognised as a fantastic shipyard, clients didn’t have anything to look to - if they wanted an 80 or 90 metre superyacht, it was the names of Feadship and Lürssen that were constantly enquired over. Peder explains where Eidsgaard Design came in, stating: “Star Capital decided right away that they want to get back into ship building and they wanted to get back into the yacht market. They came up with a very detailed design brief and they then went to 3 design companies. They decided to look where the future of yacht building will go and in order to reflect their results they wanted a design company that were one of the upcoming companies for yacht design. So that was the beginning.” 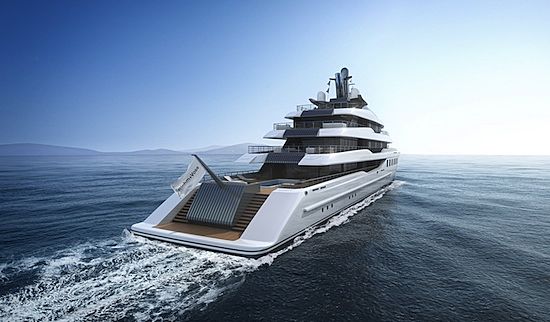 Central to the core of the first design for the shipyard was to simplify the GA with a lot of open spaces at the back and the front for customisation by the owner, with an exterior that was progressive, but not too aggressive. 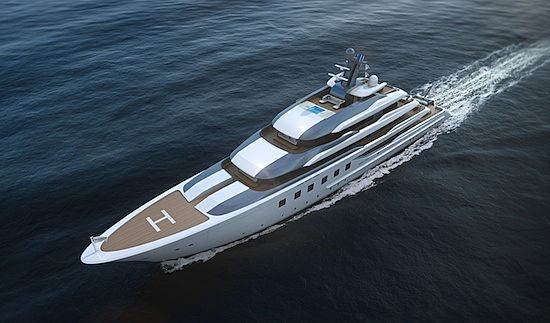 Eidsgaard Design also wanted to tie in their exterior design with the B+V heritage, and they chose the famous 105m Lady Moura as one of B+V’s most prominent yachts. A hint of her exterior lies in the square portholes on main deck, as well as in the the corrugation at the aft ends: Says Peder Edisgaard: “The corrugation on our design is painted grey metallic and is formed as a continuous waterfall through the decks, which is different from Lady Loura, but still hints at B+V’s build quality in 1990 when Lady Moura was launched".

Right now, Eidsgaard are being kept busy with several projects, including superyachts of 85 metres, 73 metres, two under 60 metres and a 15 metre vessel for Hunton - amongst several other projects. The refit side of the business is also booming, with many previous projects receiving industry recognition, including winning Best Yacht for the 39 metre Angel Share as well as Best Refit for the 50.8 metre Auspicious. 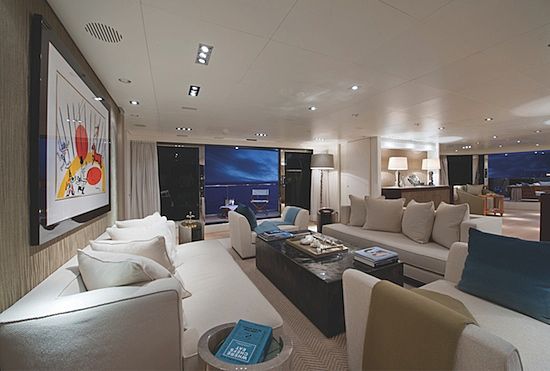 With such success over the past few years and an abundance of work coming into Eidsgaard’s doors, the question of whether or not it is becoming more difficult to stand out when it comes to exterior design is posed. Peder states, “With the exterior, people say that they can see when it is an Eidsgaard design, and that’s not because we repeat features. We never repeat features. You never see two exterior copies of each other from us. I think clients deserve that. They want a custom boat and they deserve to have unique exteriors. You can maybe recognise some of the lines in a way, but that has to do with the way the lines are curved and the balance. So when you look, for example, at the BV80 and Tango, they are not similar at all but people see that it is an Eidsgaard. That has to do with the attention to detail and the way things flow, the balance. There are no features the same.” 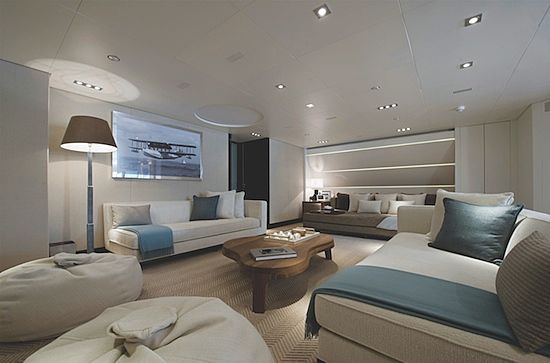 So, with strong relationship built all over the industry and a multitude of excellently designed superyachts under their belt, what does the future hold for Eidsgaard Design? A small team producing quality boats, it seems, is the only future the owners of the company envision. Small not just for the sustained quality of work, but also because the owner’s always wish to be involved in their company. As Ben comments, “Peter, Ewa and I are very much involved in all aspects of the design in the company. When we meet with a client it is us that is going to produce the design and we have our support team who helps us. What we don’t want to do is to become simply managers, where we are having to manage teams but we are not involved in the design process itself.” Peder continues, “The clients appreciate this, because we will come to the first meetings and we will also come to the next meetings. We’re not just there in the first meeting.”

Ben concludes, “I love the work we do. I think within the company we are 3 people with no ego and I think if one of us had too big of an ego, it would not work. I’m very happy with the way it is.”